Welcome to my blog! I shall introduce myself and my blog to you. Welcome to my blog about myself, Anime, Ottawa, Games, my travels, and anything else I find of interest. VR & VRchat have become a great part in my hobby circle to the point I’m heavily sharing that since December 2017 onward.

(Sorry, no main images of me yet as they don’t seem appropriately taken for a blog. My blog and proxy-blog mascot (Vara & Renge) shall take that place for now.) 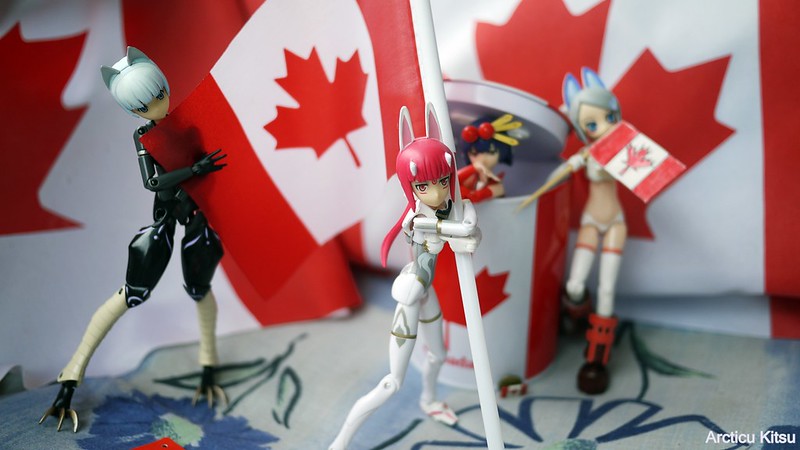 My name is Tim and a Canadian. Born in Canada, though I have a Slovakian background from my parents. Yes, I’m also able to loosely speak Slovak while understanding it more than I can speak it. I’m also trying to learn Japanese through Anime and similar media. Any other languages is a bonus, such as Cuban Spanish, or even Canadian French, something I know little. I’m supposed to know more by Canadian educational rules, sadly it never stuck in my mind. I love traveling around and have traveled to Europe and Cuba, and I do want to visit Japan. I have traveled through a decent amount of places across Canada. I went to Slovakia, Austria, Croatia, and many other places I can’t remember as I was young then. I’ve mostly been around Bratislava, Modra, Pezinok, and Stupava in Slovakia; Vienna and nearby in Austria; Tucepi in Croatia; Varadero and Havana in Cuba. You can basically say I’ve been to half of Europe, or ‘most’ of it. My aim is to add Japan onto that list. I love photography, aviation, technology (planes, buses & etc from a simulation side), and anything people may take for granted because of the alien-like beauty of it. The planes and buses people see daily is what I enjoy due to the technology and beauty behind them. 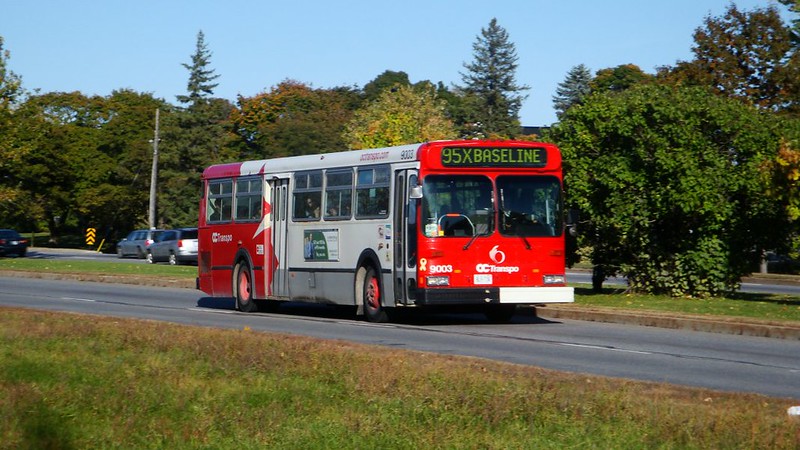 I also used to, very briefly, play the trumpet back in grade 7 to grade 9. Even found myself in band for all those 2 & 1/2 years until all the idiocy, berating, and bullying drained me of my energy. I was proud that I could play the trumpet, and I do take pride that I did, yet irritated I was not able to go as far as I wanted. I’m still a novice while forgetting most of what I’ve learned.  Even had a few nightmares forgetting how to play the trumpet in dream for how long it has been. I also have three Anime shows that I hold quite close thanks to my interest – 1) Shigatsu wa Kimi no Uso (Your Lie in April) – 2) K-On! – 3) Hibike! Euphonium. 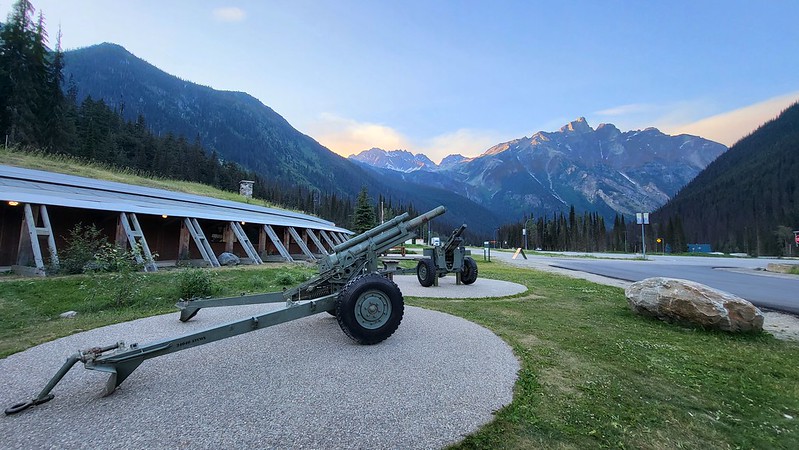 I consider myself to be a proud Canadian. I love sharing it in my images. Even so, I shall also show my family background of Slovakia with the festivities and anything else of interest. I stumbled across a few Canadians who berate and insult Slovakia for that quick 15 seconds of fame (fake journalists for CBC, CTV, etc) while still happy (or even proud; Even if Slovaks may or may not be asses) to share Slovakian traditions on my blog. Though, it’s gradually fading with time, it’s interesting to note on occasions. It’s all fun in that nice creative manner. I still look back admiring the “grittier” and more traditional side of my upbringing; Of Slovakia’s various older traditions having been carried over, exposing me to it during my youth.

I love taking pictures because I get to record lovely moments in history because it helps me remember past moments & memories. I can relive those moments through images. I’m not trying to be one of those arrogant “pro” photographers, just one who enjoys taking images for the actual fun of it and to record things in time. I love taking images so I can look back at them like memories while even sharing them. It’s fun taking images in the Anime area in that creative manner to brightened both our days up. 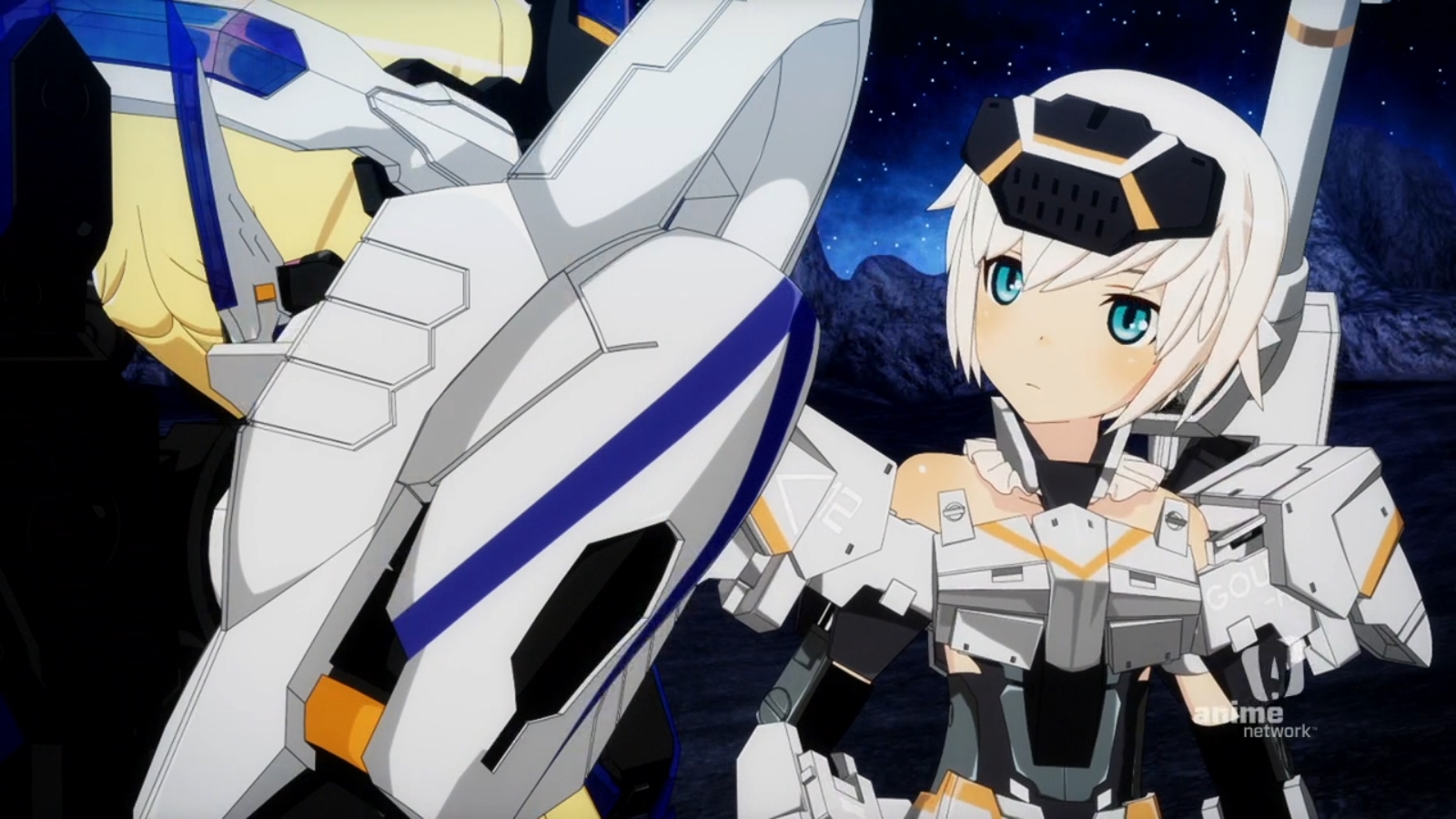 My blog itself is about Anime because I LOVE Anime. The whole freedom of speech and how it isn’t afraid to express itself is why I love Anime. I however hate the fandom and the industry for censoring bits and pieces of it that made Anime the best back when I was introduced to it back in the 90’s. This is why I’m always praising Anime and am highly bias towards it. The art, the music, and the whole depth in story is what I love about Anime. Everything has proper depth to it and is highly creative and artistic. Highly philosphical in various ways people would view older (original; Star Trek NGE & Enterprise) Star Trek before it was modernized and butchered for 2020 fans (Star Trek Discovery onwards) It tends to poke at topics that would make any North American cringe and any European use as “food for thought“.

I also try to be open-minded to a point where I may seem naive or even idiotic. I at least want to try considering ideas to see if possible or if people are bashing on it to make themselves seem smarter than they seem. I’m open to new ideas and welcome them. I’m always observing and studying various thoughts and theories to a point where I constantly space out.

Consider this Tweet by a real or fake Nathon Fillion:

– You know how some people will shit all over a good idea so it won’t work because they don’t like it? Those people suck. –

I want to also note that I am aware that my English grammar skills may not be the best. I do try to keep it understandable when I can, even if English is my first language. I was taught Slovak second-hand while even learning English in Slovakia as a teacher-student with a silly amount of imagination. I know I don’t have an excuse to give for my English skills, it’s just that being exposed to other languages tends to affect it in various ways, same with not being able to speak to others that stunts the grasp of English language.

My admiration for Busou Shinki came from a user named Persocom/Perso/Kama. He introduced me to Renge for being a fox spirit in the Konami Figure line, so I bit. I obtained Benio, Kohiru, and others before officially obtaining Renge, I however made Renge my “main girl” (Proxy mascot) of my blog since 2010, or whenever Busou Shinki was introduced to me. I’ve been going strong ever since having tried Battle Rondo MMO, Battle Masters MK 1 & 2, and even tried to keep them alive as ideas in Minecraft (failed), in VRChat (it worked), and waiting on Rising World to obtain modding support. I’ve stuck with Busou Shinki through-and-through, even gaining hate from a user on MyFigureCollection when defending Vic Viper Girls. People love being fake, I love being true to myself, and I’ve stuck with Busou Shinki since 2010(ish) till roughly 2023, and onward.

Busou Shinki in VRChat (A Shrine): 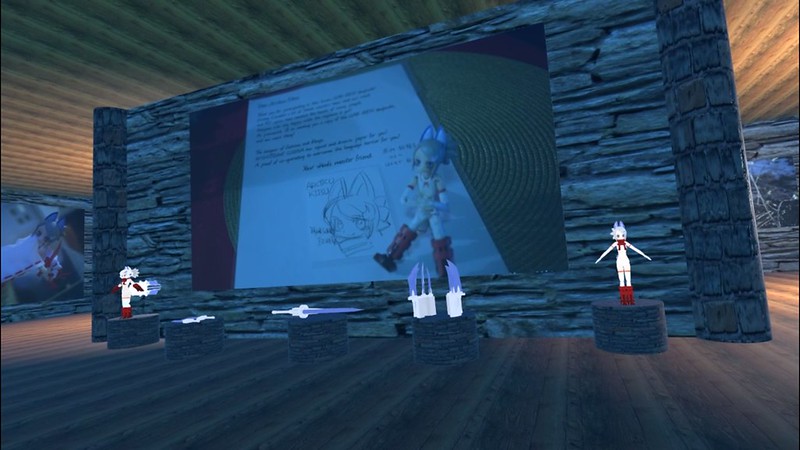 Being given a doujinshi of Busou Shinki, Renge, and a portait out of respect. Sadly, my depression got in the way, I still however strongly admire Busou Shinki. I’ve seen people unfollow me on Twitter, it makes me feel more sad. I however still admire Renge through-and-through to (Present) day. 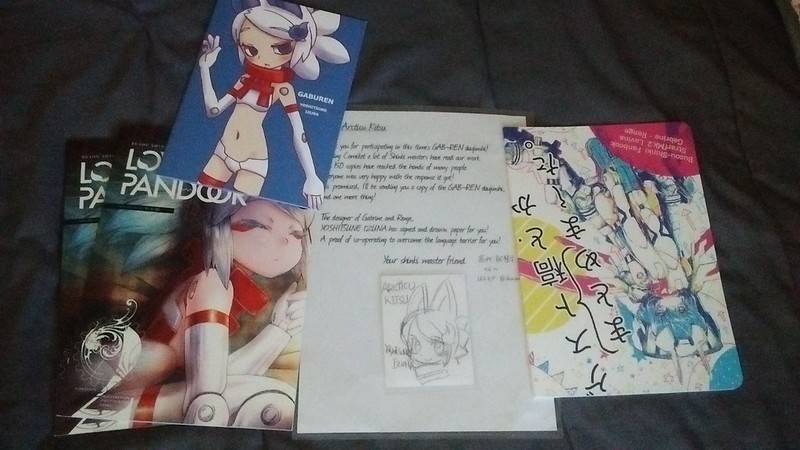 I mean, I use Renge as my main avatar in VRChat. I haven’t gotten rid of her, nor side-lined her. I still have her. She is still my “proxy mascot”. She however deserves a bit of rest time and again for always being with me. (Wear and tear). 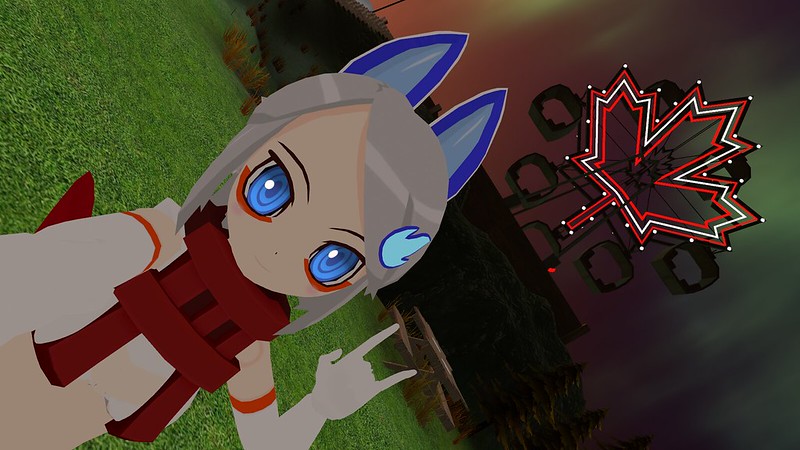 I want to get it known out there that I want to be known as Tim, not Arctic Kitsune, or now Arcticu Kitsu. Thanks to my poor blogging skills I ended up grabbing Varakitsu’s first place-holder name that belongs to her, not me. I’m however now stuck with it as it is my net handle. I don’t mind being called “A’K” though.

– Link to Varakitsu’s About Page –

Arcticu Kitsu basically being a combination of “Arcticu” for a main city in my Minecraft world & Kitsu as a farming-mining village, also in Minecraft. Arcticu Kitsu being my attempt at giving the name a ‘Slovak-Japanese’ twist to it, and to just be a blogging name I can be happy with. People may view it as Japanese, and that’s fine. I tried to spin it more into a Slavic thing, something I hope people see both Slavic and Japanese to it.

– Why I started this blog:

No real reason, except to just vent back in February 14th, 2006 how much I disliked Ottawa, how much it has bullied me, and to just find an avenue to let loose. I could have easily used Tumblr back in 2006 to vent how much I hated Ottawa for all the bullying, arrogance, and frustrations when dealing with my fellow Ottawaians. Thanks to that, this blog was spawned because I kept receiving hatred, jealousy, and envy from people from kindergarten, till almost the end of High-school. I know Ottawa also has it’s kind, I just happened to encounter the garbage of Ottawa so my hate of those people unnecessarily stuck with me now, thus me venting on here and other places. Negative emotions are far more memorable thanks to chemical impressions in your body. I then shifted it to Anime because of reasons stated above. I desired a form of escapism thanks to the amount of abuse Ottawa has given me. I went from Anime to Figma, Game, Revoltech, Nendoroid, Busou Shinki, and then Dollfie because of Varakitsu, my blog mascot.

KanColle now being a recent addition to my blog thanks to Konami’s purposely poor and evil greed killing the Busou Shinki line. 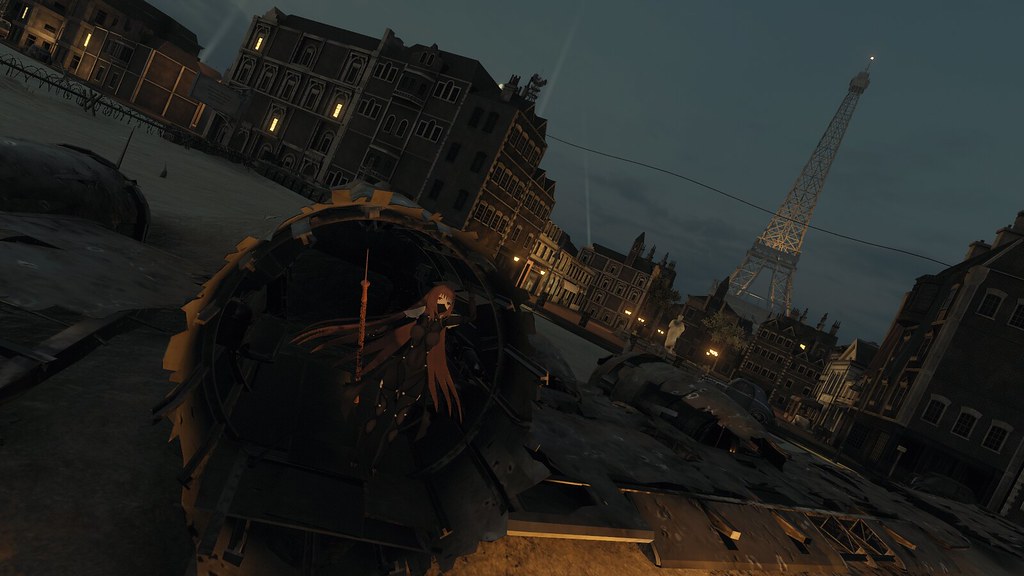 The jump into VR was a big step, and one causing shockwaves all around. I bought myself an Oculus Rift in December, started playing right around New Years, and had a blast into 2018, and the start of 2019. Everything been a blast learning about where VR came from, had a blast hiding in VRchat meeting new people, and making in impact there. You can see my recent late 2018 to 2019 articles focusing mainly on VR.

If anybody tells you VR is dead they’re just parroting dooms day articles not knowing what they’re talking about. You can void their thoughts noting how they may not have a VR headset. This is not denying facts, just being realist. VR is the future. There’s a reason I keep hiding in VR (VRchat) hours on end for up to 5-8 hours at a time. I love VR, and I believe people should play it. Everything changes in VR, especially when you play Beat Saber, Blade & Soul, among other games. Even Furious Seas. Shame people are afraid saying “it’s not for them”, but that’s just fear with how I found them to speak. I’ve met cool people, gone to cool places, had so much fun that playing desktop mode games become weird. If people actually tried VR they would love it.

I went from an Oculus Rift before being forced to purchase a Valve Index. The many flaws and nonsense surrounding Oculus has me favouring the Valve Index so much more.

With that, I do hope you enjoy my blog from past to present. Thanks for dealing with my frustrations, my joyful moments, and my hyped moments. I hope you found my content to be entertaining and of use. I appreciate the kindness and closeness of the Anime community from figure.fm, Busou Shinki World, and even the Dollfie World group. I’m always looking forward to those that enjoy anything in the Japanese animation, aviation, gaming, and photography area. 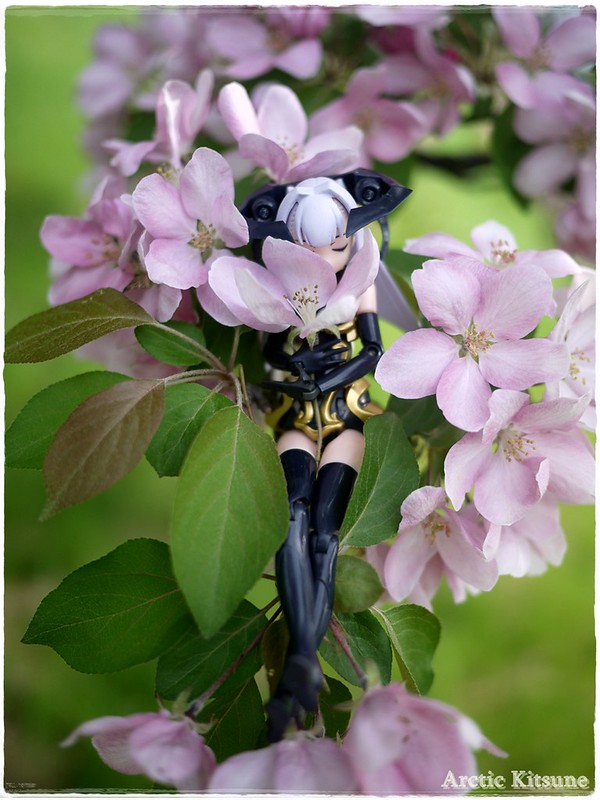 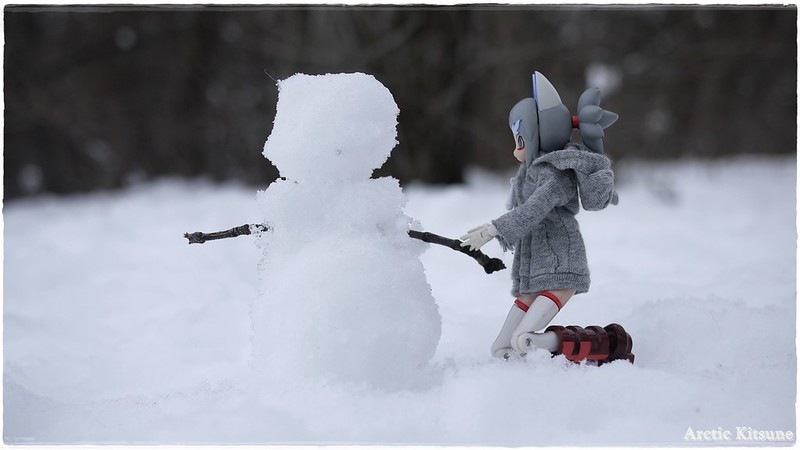 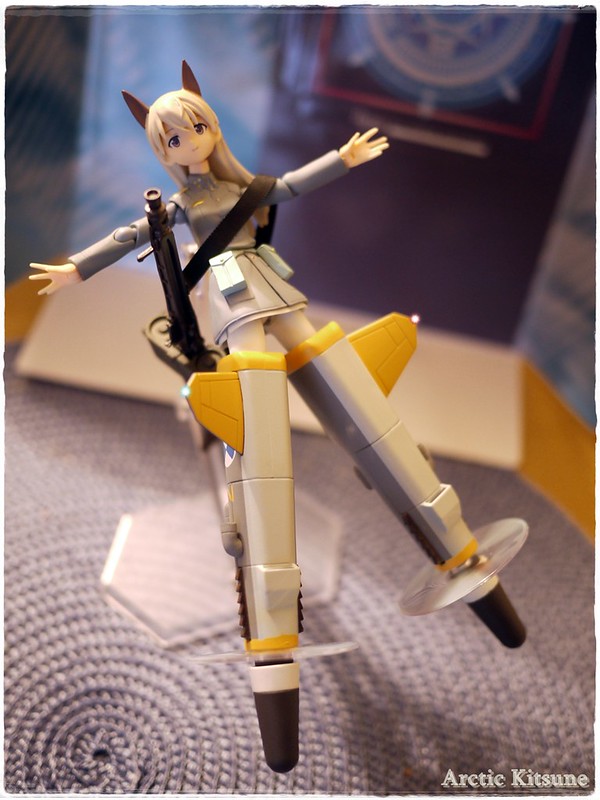 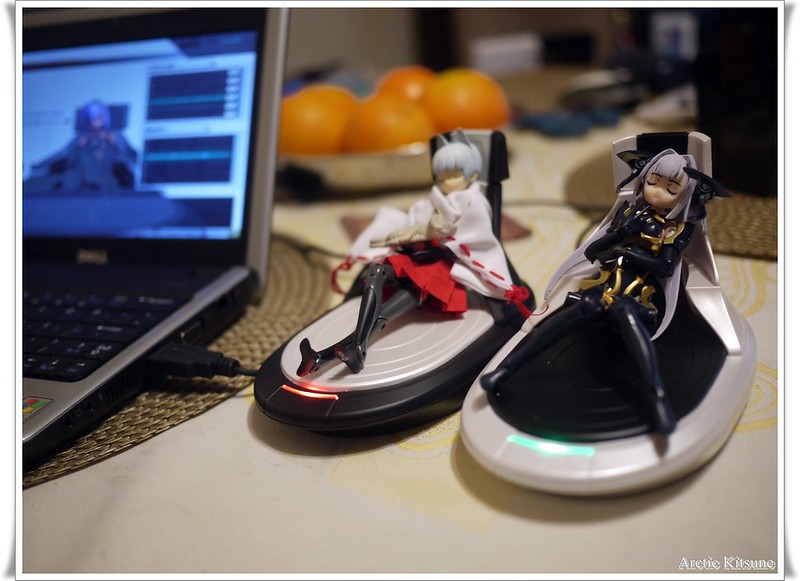 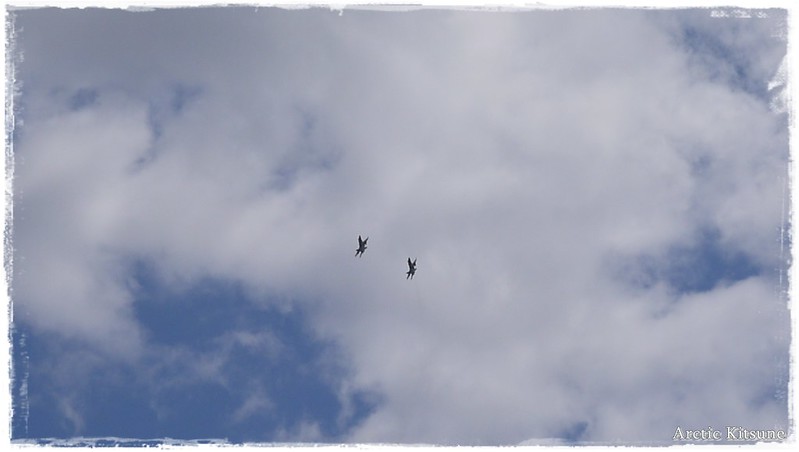 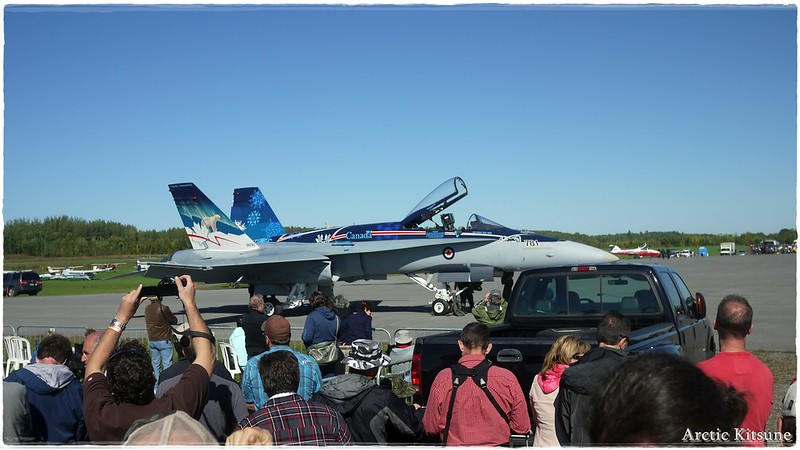 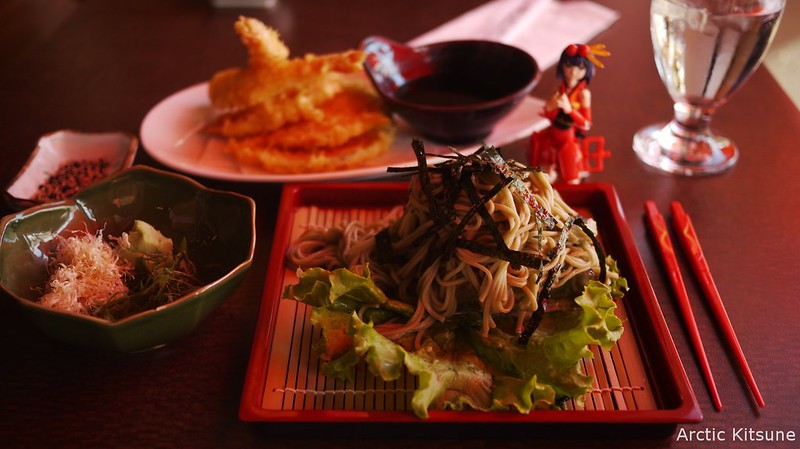 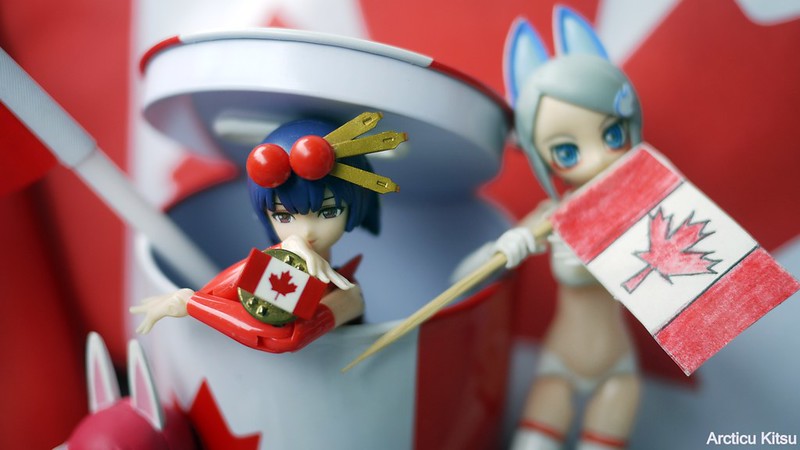 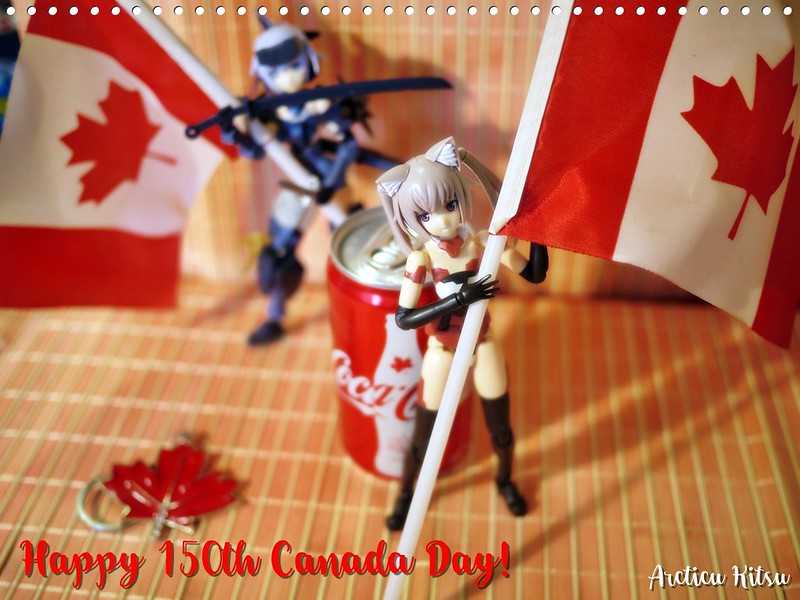