World War theme – Top 7 – Special edition type. After being asked if there any such Anime based or told during World War 2 I thought I’d up an article with such Anime. If you know of any other World War related Animes that I haven’t seen then feel free to mention them as I’ll only list ones I have watched. 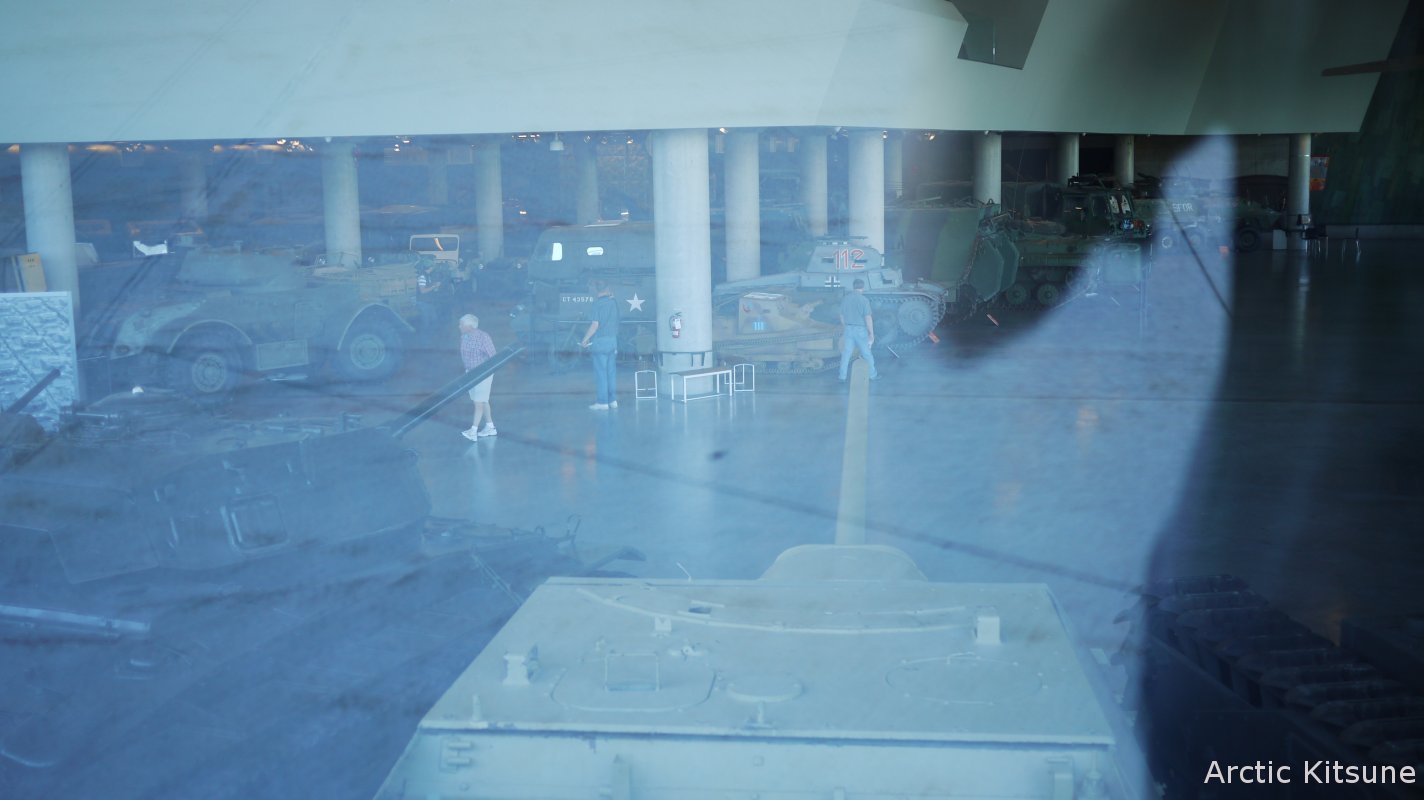 This version of “My Favorite Anime” was influenced by the show “Zipang” and “Night Raid”. I thought I’d also get around to posting something about World War 2 as it is the most asked question by non-Anime viewers and those just barely adventuring within the realm of Anime. I hope what I list pleases a few World War 2 enthusiasts, or at least gains your attention. There are two more war Anime’s I haven’t listed that should be on this list. I haven’t gotten around to finding what they were again or can’t remember their names.

I would also like to thank Rallynemesis for recommending Zipang to me, that was an epic Anime.

After a ceasefire was put into place between the Royal Empire and The Republic of Frost, a long war has been forced to end. Thought the troubles aren’t over yet as those effected by war must find relief. This is where the Pumpkin Scissors comes in. They were formed as a propaganda war relief to mask any horrors of war; the squad themselves believing that this is all for real.

Her temper and desire to mend the wounds of war puts her royal status, her life, and her squad in constant danger as they continue to uncover layers of corruption. Alice never wavers as she continues to rid the scared nation(s) of any wounds.

Taking the show’s name literally – Pumpkin Scissors – The squad are the scissors cutting away the corruption that is the pimpkin’s skin. Not really a spoiler as it should be quite obvious. This isn’t really World War 2, but it does take it’s route from such. All the hidden prototypes and weapons of war shall be making their appearance in this anime, if altered slightly.

The Anime tries to be both serious and comical which allows a larger audience group to watch the show. Do expect some over the top comical moments to even out the horrors of war moments.

“Tales of beasts getting involved with humans always end on a bad note.”

In an alternate history, Jin-Roh takes place after a World War (1950) where Germany conquers Japan, not US. The story focuses on Kazuki Fuse who is attached to an elite anti-terror unit where he and his man attempt to behave like a pack of dogs while equiped heavy personel armor, stahlhelm enhanced with breathing aparatis and night vision, and a German-built MG42 Machine gun.

The animation could be considered “realistic” with it’s non-stereotypicalÂ Anime style of blue hair and supernatural abilities. The soundtrack keeps it’s town low and dark. The action keep’s itself hidden in the manner of a wolf-pack stalking their next prey before attacking their opponent.

For those that love politics might enjoy the political situation contained within the Anime. Just don’t get me involved in any of your political conspiracies heh.

This might not actually fit with World War 2 standards as it takes place 5 years after the war. I think it still finds it’s route from that war (if an alternate history) as it contains weaponry and scenery that would fit with the war era.

First Squad takes place during the beginning of World War 2 on the Eastern front. A group of teenagers that have extraordinary abilities have been drafted to combat the Germany’s invasion of Russia. They are opposed by an SS who wants to raise the dead of the army of crusaders from the 12th-century Order of the Sacred Cross and enlist them to the Nazi cause. Pretty soon all the teenagers die, except for the main character Nadia. She is brought to a supernatural lab which studies supernaturalÂ phenomenaÂ as well as causing Nadia to plunge into the afterlife where she attempts to re-recruit her fallen comrades.

The Anime movie also contains a fake documentary like sequence of veterans and “experts” to give the series a realistic appearance.

The combat was well done, the plot was pretty serious. Historical value is pretty accurate up until you add the cast into the mix. Music was interesting. The “Legalize” music video is also nicely made from it’s Russian rap style.

The Anime is pretty dark and serious so do watch it when you can easily shake it out of your mind. Some might not even be affected, while others might.

Set in a completely alternate world of Earth in the year 3287 with 1930’s technology. The story takes place on twoÂ separateÂ continents with aÂ convenientÂ divide through the middle with both at war. A male protagonist aviator named “Wil” assists and joins Allison on numerous adventure that she drags him on. They eventually get caught up on various attempts to restart the hundreds of years of war that the duo assisted to prevent.

The story itself is pretty simple, but it does keep you hooked from beginning to end. The story is basically a simplistic romance story set in an alternate 1930’s era with both factions using prototypes and secret weapons of war from the original World War 1 and 2 era.

Soundtrack is decent, the story is interesting, the battles are well thought out, and everything else fits well with one another. I’m not saying it’s bad or average; it’s meant for a female audience. What makes this one stand out as a World War Anime and an Anime itself are the numerous “weapons of war” and the adventures the two keep getting themselves into.

The story of this is obviously fictional, though, the historical aspect of it appears to be accurate enough (according to Google and Wikipedia) to be taken seriously. What I mean is, the events in history of Japan occupying Japan is accurate while the main character’s interaction with the world isn’t. The plot took it’s time going from one episode and was sometimes too slow for other short-spanned viewers.

We should all applaud Night Raid’s attempt at adding Mandarin, English, and otherÂ languagesÂ into the show. It may not be the best, but I found it as a nice touch. Most Anime’s tend to stick to their native tongue while this Anime went out of it’s comfort zone to experiment. Here is to hoping that the standards in foreign languages will be professionally risen to allow for better foreign voice acting in future Anime.

The music was decently composed and spliced into the anime. The ending video of Night Raid was sung by Himeka (French-Canadian singing in Japanese); her singing at the ending being a bit of a surprise.

Set in a world similar to our own within the midÂ twentiethÂ century, Strike Witches from all around the world are recruited using a combination of magic and technology. These Strike Witches are tasked with saving the world from a massive invasion force of various dark honeycomb entities called Neuroi.

This series is basically a show meant for “fan-service” and combat scenes between the “pantsu” witches and the Neuroi. What makes this fit with the World War 2 theme? The enemy Neuroi use secret weapons and prototypes of war as their main shape while the Strike Witches themselves use nationality and their national planes as their “Striker” unit (legÂ propulsionÂ unit) to combat these enemies.Â Every now and again you may see “normal” World War 2 vehicles of war that assist the Witches every once in awhile.

The background music for Strike Witches is pretty well done for something that takes itself somewhat seriously, yet over-the-top comical points. As for the story, it losely hang’s onto itself. Many say the second season is better then the first.

(Whoever said Aircraft carrier is a douche. The story uses a modern Destroyer class ship as it’s “protagonist”.)

The story begins off in a modern Japanese setting (2002) at Yokosuca base. Three Japanese cruisers head to Hawaii to meet up with fellow American allies to perform exercises and drills. After departing port, the cruiser named Mirai, along with the two escorts, head halfway through the pacific and encounter a storm that sets them back the eve of the battle of Midway. During their confusion, Mirai encounters the godlike Battleship, Yamato which causes further confusion aboard the ship. From here on, the crew attempts to find out whether to stick to their era’s command or to assist the Japanese with their war efforts from 60 years ago.

I found this series interesting because of how it presents itself, how the story is told, the art style, how the characters behave, and the various mini-stories woven into the plot.Â The art style may be comparable to that ofÂ Initial D and Jin-Roh (above). Â The soundtrack is also something to take note of as it helps set the atmosphere into the proper direction – (Zipang – Belief).

What makes Zipang stand out as a World War 2 themed Anime is of how the Anime keep’s the ship on a defensive role and not the offensive one. Another reason why I enjoyed this show is how the ship deals with the American forces in a civil-as-possible manner.

As a Canadian, I find some of the things the ship does to scare away the Americans amusing.Â No, not because I’m evil or a sadist. I find it amusing because of the American troop’s reactions to a futuristic weapon as they try to grasp what and where the ship came from. The reactions! The reactions! You know, the one similar to the Avro Arrow flying over an airbase in America in the popular movie.

This show is a must watch. It’s one of those “sleeper hits” that will probably make you change your mind about the whole World War 2 era, as well as your own. If you’re focusing on other areas of life then this show might make aÂ whooshingÂ sound while you watch it.Â Â I believe that Zipang is on par with Das Boot – The best U-boat movie out there – as it contains around the same amount of seriousness and drama.Â I’ll shut up now as to not give away the plot of Zipang.

Mobile Suit Gundam:
based it’s battles on the European warfront with the Allied Forces as the Earth Federation and the Axis forces as the Principality of Zeon – Earth vs Spacenoids. Instead of simple tanks, we have humanoid mechas that assist with construction and war front missions. An “anonymous” Zeon individual commented on another person’s actions as being similar to Hilter’s behavior.

Valkyria Chronicles:
is a complete retelling of both World War 1 and 2 with Gallia, Federation, and Imperials. The two main factions continue battling it out which swallows up Gallia into theÂ front-lines for a resource similar to oil – Ragnite.

I thank both Night Raid and Zipang for briefly informing me of the pre-war situations and to give us a brief insight into how the people behaved in WW2; about Manchuria, and how the Japanese behaved. I know I could of simply read Wikipedia’s, books, and proper historical documentaries, but wanted to both assist those looking for WW2 Anime and to show that you could indeed take Anime seriously enough to pick up a few historical facts from it. Of course, we should know what is fact and what is cultural fiction.

Hope you can view at least or two that I listed here. I can strongly recommend Zipang. If I missed anything then do let me know and I’ll try and add it into the next round 7’s (YoutubeÂ embedÂ limit).