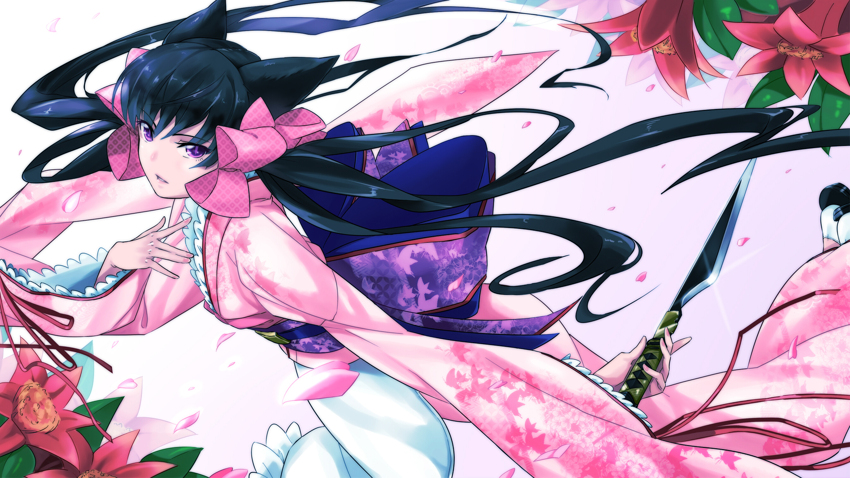 I shared a few of my favorite Animes, a pair of articles on fox spirits, and I might as well share some of my favorite Anime Openings with fellow Anime fans. The OP’s themselves are a form of art and beauty in itself. They can also act as a trailer for those simply searching for music, art, trailers, or whatever else.

Time to share my top 5, Youtube willing. Youtube has a fetish for removing videos so apologies if a video embed breaks…..Also not listed in any particular order.

(Adding a full OP because of Youtube’s fetish to remove everything Zakuro. It may find itself purged as well now that I shared it…We’ll see.)

One of the most beautiful openings I’ve seen. Sure, it has a shoujo anime vibe to it, but that isn’t has me interested. How it switches from light to dark and back, the beautiful song, and how everything in the OP represents something in the Anime itself is what I find interesting. The elegance of the half-fox spirits shows off well.

What saddens me is that YouTube is bullying Zakuro with what seems like copyright issues by removing anything Zakuro. It is as if they don’t want to make Zakuro known even with the Anime given a PV and everything. For something so nice, it is being treated like a slave in a WW2 Japanese war camp…. Maybe that is a stretch, but that is what I see it as. Such beautiful OP and show needs to be shared more.

Fun fact: Seiyuu who voices Yui in K-On! sings the OP.
(“Wait a minute?! This sounds like Yui! *searches* – AH! It is Yui’s seiyuu! Awesome!)

When I first saw this OP I thought of peaceful running water running down some pipe, canal, or garden bamboo decorations in the night. The music itself sounded like was peaceful, with the nocturnal art-style adding to the whole semi-peaceful night. A peaceful, yet proud tune probably aimed at subtly hinting at Saber’s appearance in the Anime?

With Anime OP’s being improved as years go by I find it harder and harder to feel what I used to experience back in 2006-2007 when I over-played the tune.

Would it be cheating if I added an “updated” version of said OP for the reproduction of the said Anime-turned two part OVA?

Either water or blood flowing down something. Those pings in the tune sound like droplets hitting water to me.

A calm, dark, peaceful, yet sad opening. I like it for the art style, the musical chanting, and the vibe of it. The dark art-style and the chanting is what I like most about this OP. Also wanted to listen to an extended piece of the chanting but was greatly disappointed….

It’s just one of those OP’s I can’t ignore, yet like so much because of how it is presented. Yes, even with people saying the Anime is crap and while other people are using other people’s opinions to say why it sucks instead of their own. I still like it.

Thought I’d share the Japanese version because it is my favorite of the whole Gundam Wing OP’s out there. And of course one of the first Anime I seen thanks to YTV. The way Wing Zero, Heero, and the Epyon fight are awesome. The added scenes of Relena and Heero made things a tad bit more interesting with their uniforms.

There is also a German sounding sung OP out there actually sounds incredibly awesome. Just randomly putting the German one out there.

I like the OP us North Americans were given, the one YTV shared in Canada, with “Wing” fighting Tallgeese. That itself played during Christmas along with having a Tallgeese figure in your hand made watching the OP, and the American OP very special.

Life and war – the things a camera sees in its life. Just seeing the OP without watching the anime made it quite thought provoking, unless you shut your mind off from such a thing. What has the camera seen? What would yours see? How would your camera tell a story about you? How will you change events around you with a click of the shutter? This is what this OP asks even before the show even starts. Or that is how I interpreted it anyways.

The Anime itself seems to bore people, along with fansubs dropping it, from the looks of it. However, even with that I still highly recommending this Anime to people because of the way it shows life on the battlefield. Bored? Consider those currently in a warzone and what they have to deal with to even give us butchered/twisted news on the news.

Hope you guys don’t mind if I add a few OP’s worthy of interest that clashed with the top 5. These are OP’s that I considered with the top five and thought they needed to be shared, instead of being banished back into the void. I won’t go into detail, I’ll simply list them.

Short, but I guess that is it? Those are my top five with a nice list of favorite OP’s. As for an top 5 ED article? Not happening. This seems to be the only ED I seem to like, and appropriate to wrap up this article:

(Edit: Of all the videos they pull, it’s this one! God damn it! Second video.)