Happy Canada Day to my fellow Canadians! Kept things to a minimum this time around due to no plans and the weather. Wanted to instead take images of Varakitsu’s Canadian pride and within Minecraft. I do you enjoy the images.

Canada happily ended up celebrating its 147th birthday this year on a weird note. It was +30 celcius – 40 with the humidity – though thankfully cooler in the morning and in the evening thanks to a stormy cool breeze. Ottawa was under a heat warning, severe thunderstorm warning, and even a brief tornado warning due to how brutal the weather was being. It even rained for a quick few minutes in that stormy manner before passing through.

Feel free to call me a wimp, I however had trouble finding a suitable place to try and take images of Varakitsu due to the 40 degree Celsius humidity. I was sweating a tad bit too much that I tried to take it easy. That in itself has me annoyed at my quick-shots. I’m still however mostly pleased that I even did bother to take images of Varakitsu. Half of that time even spent in Minecraft.

Like mentioned, I was trying quick-shots of Varakitsu to make note of Canada Day this year without having it slip away. I wanted to make use of her recent loot as well, even holding Canadian flags to have fun with our Canadian pride. 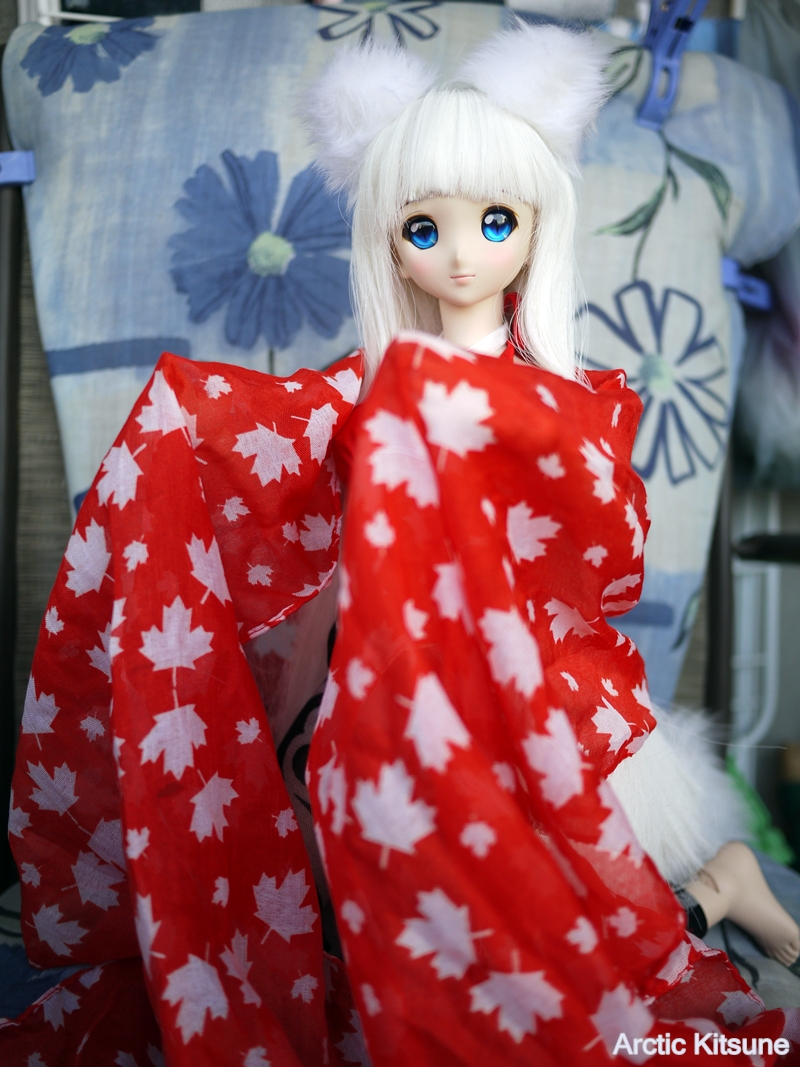 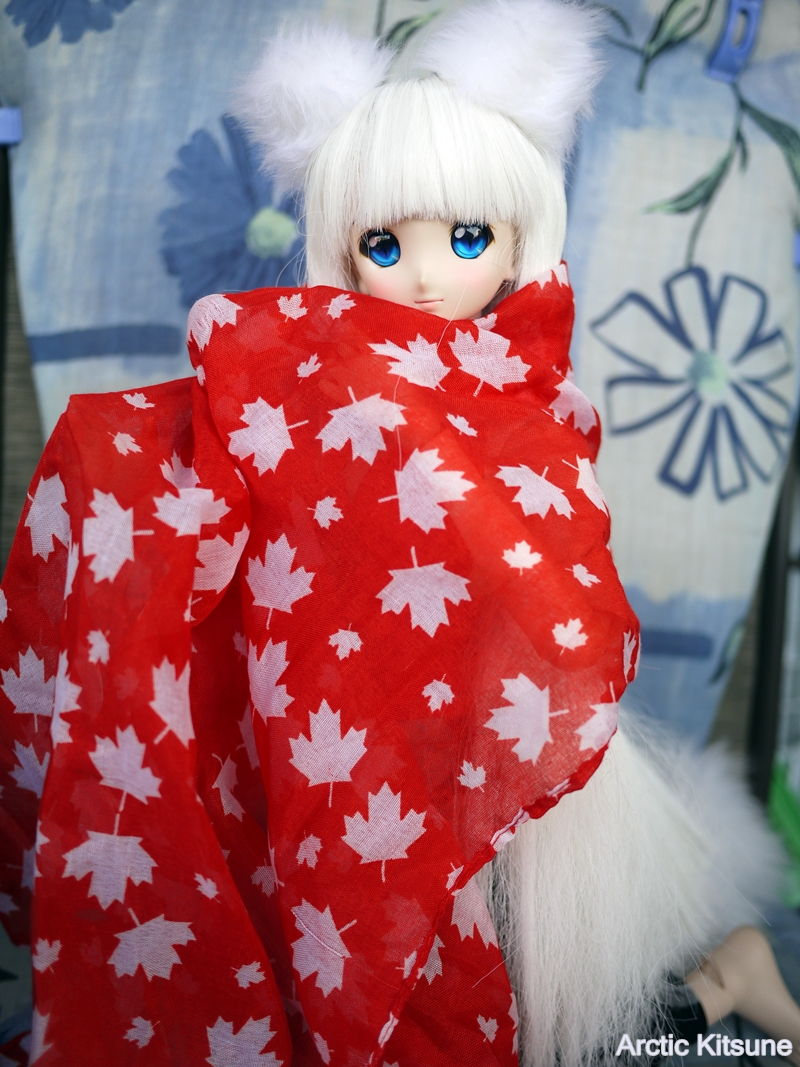 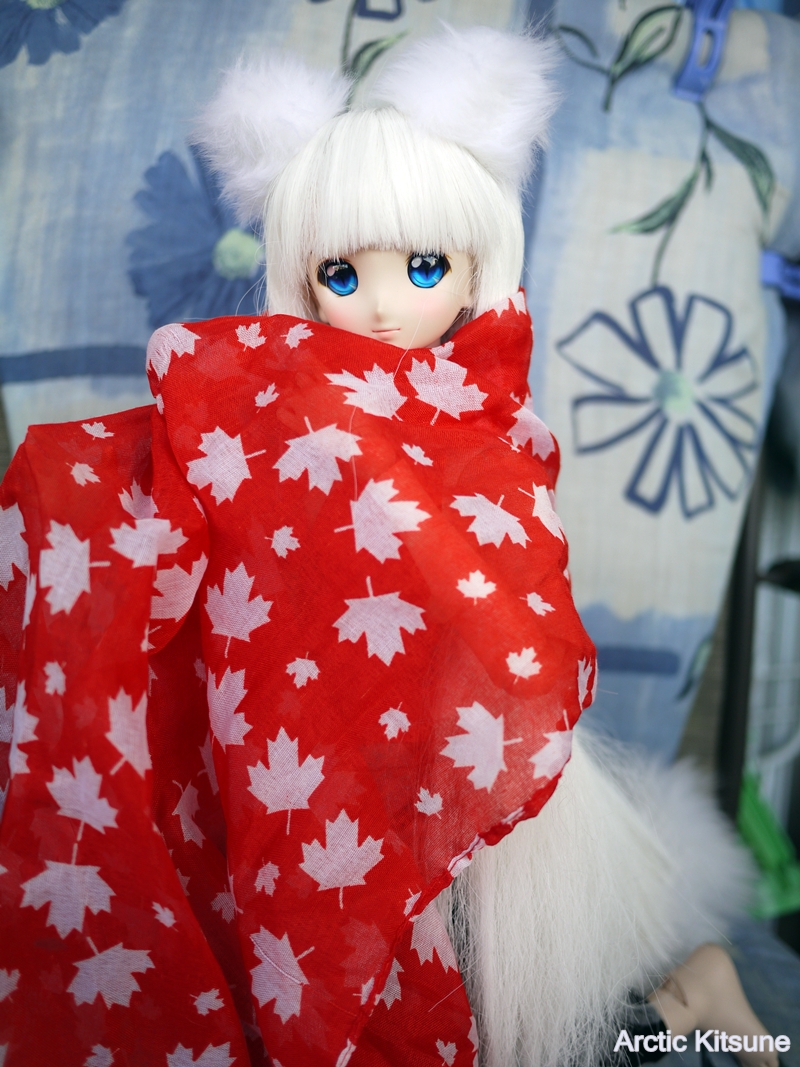 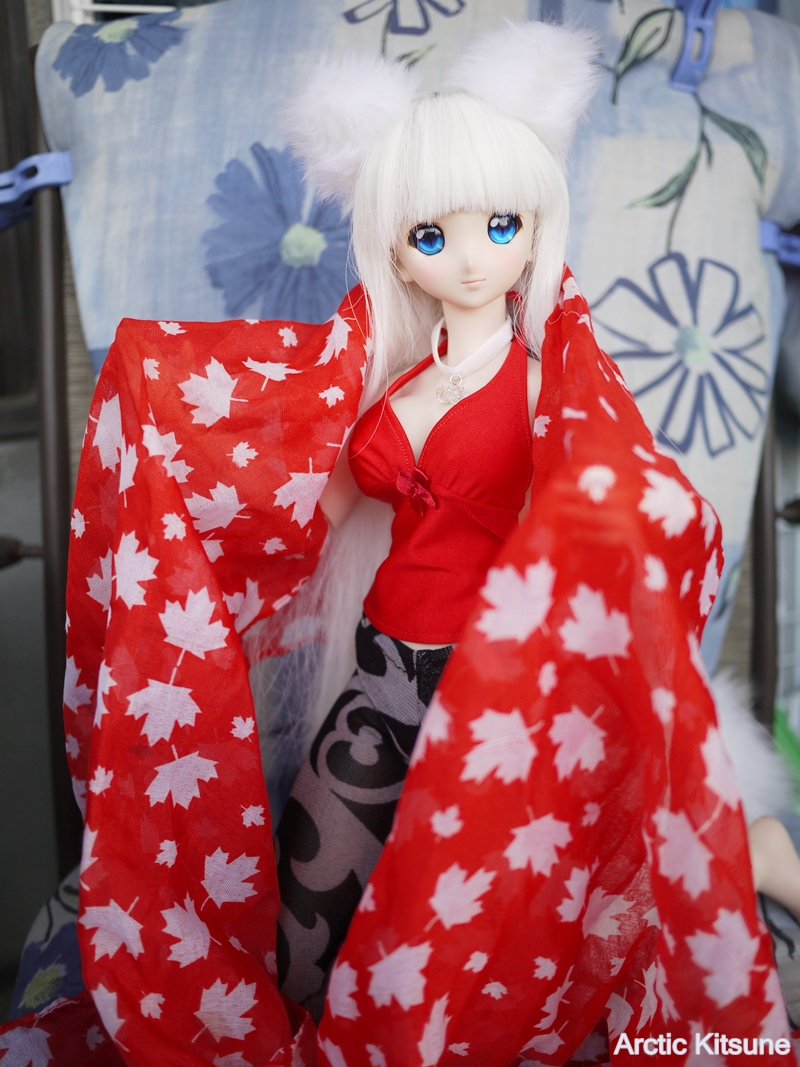 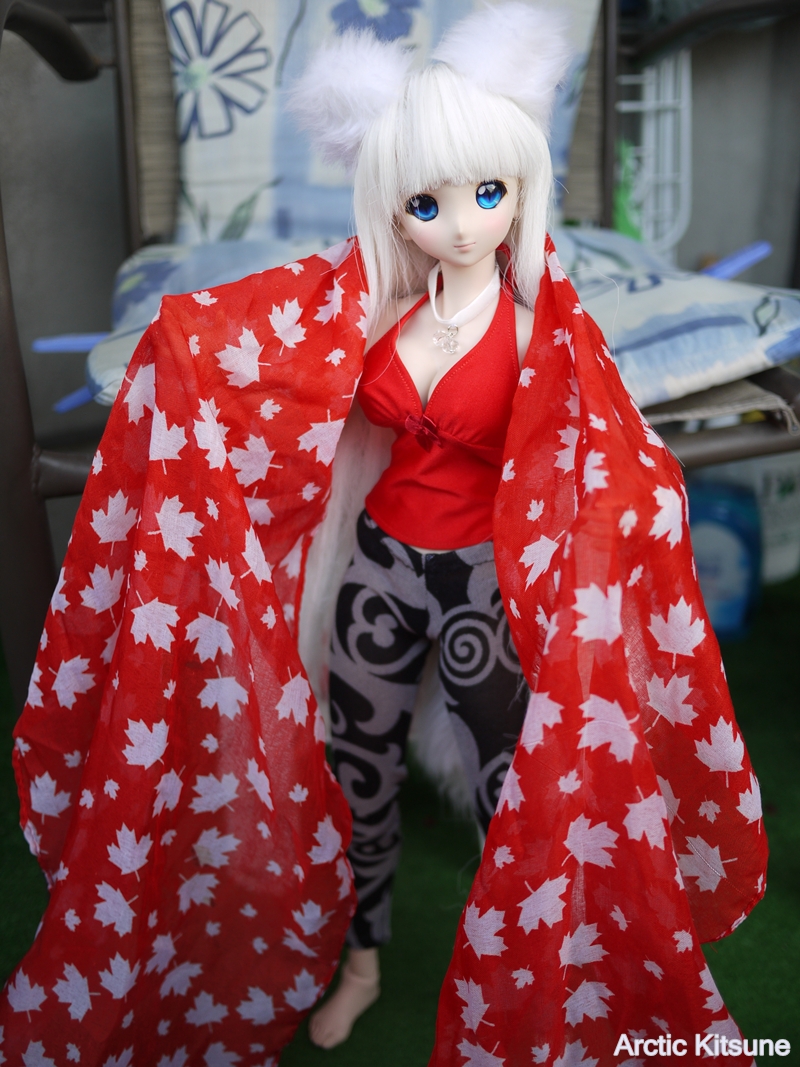 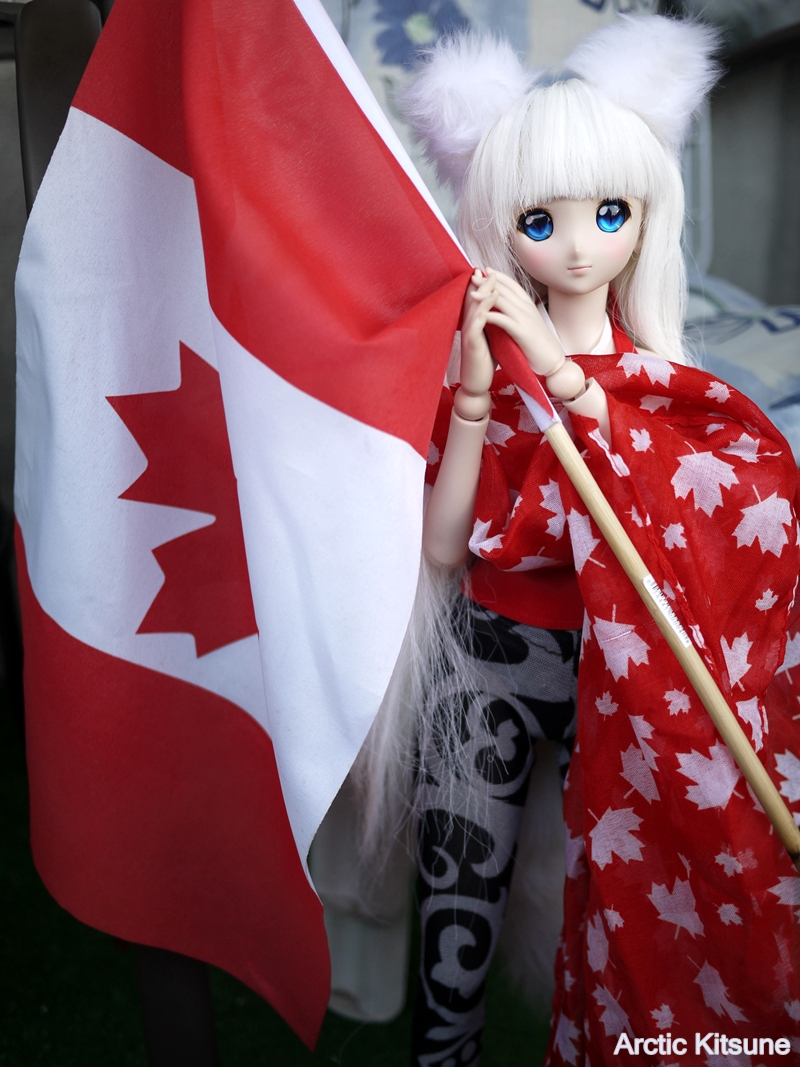 I was getting a bit frustrated with constantly taking indoor images that I tried to take it outdoors, even knowing that there was still strong enough winds in the area. Strong enough that Varakitsu’s Canadian flag might as well be a kite.

I also feel regretful for snapping in that light manner at some kids with parents going by. The mention of “Barbie” made me snap so I tried to politely correct them with “Dollfie” (Doll) and such but noticed how harsh it sounded so I tried to cover it up with “Thanks” type response. Thinking about it makes me feel down, especially with the little girl with her parents and other siblings unaware of the detailed world out there.

And for the record – No matter how many times I groom her hair it always ends up messy. The wind….I shake my fist at the bloody wind. 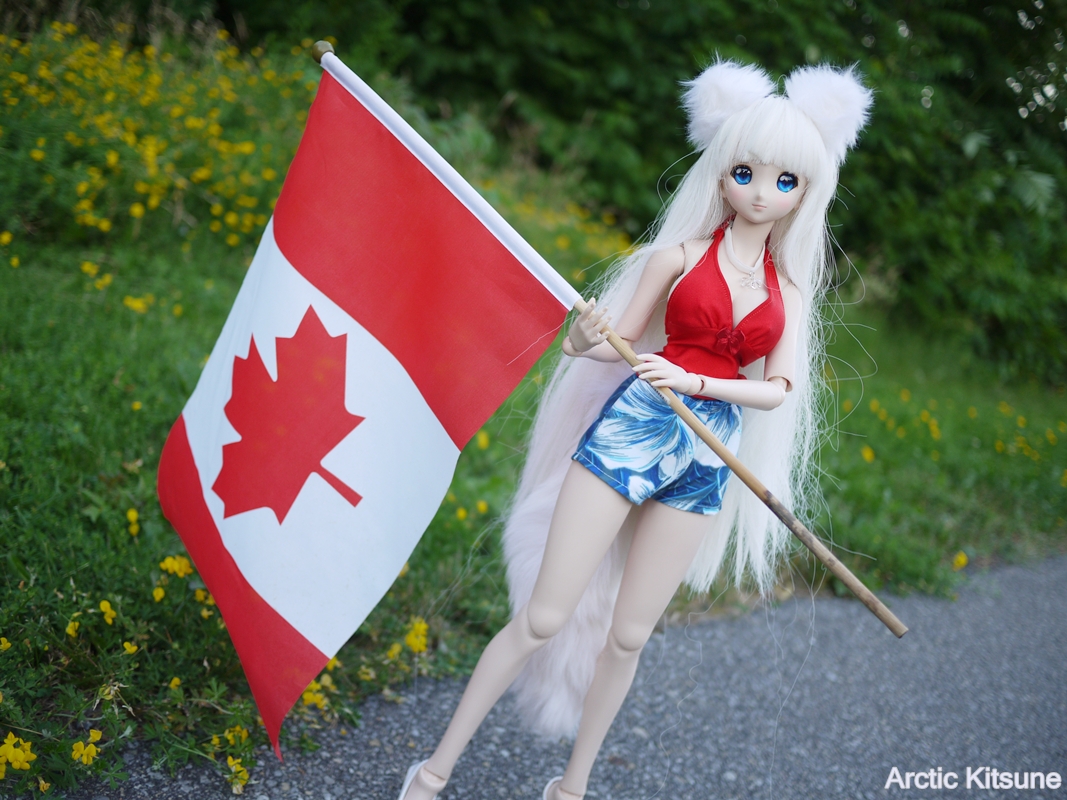 Looking at the following kneeling shots is what I should have had her do from the beginning. Have her hide in that adorable fashion that makes me at a loss for words. 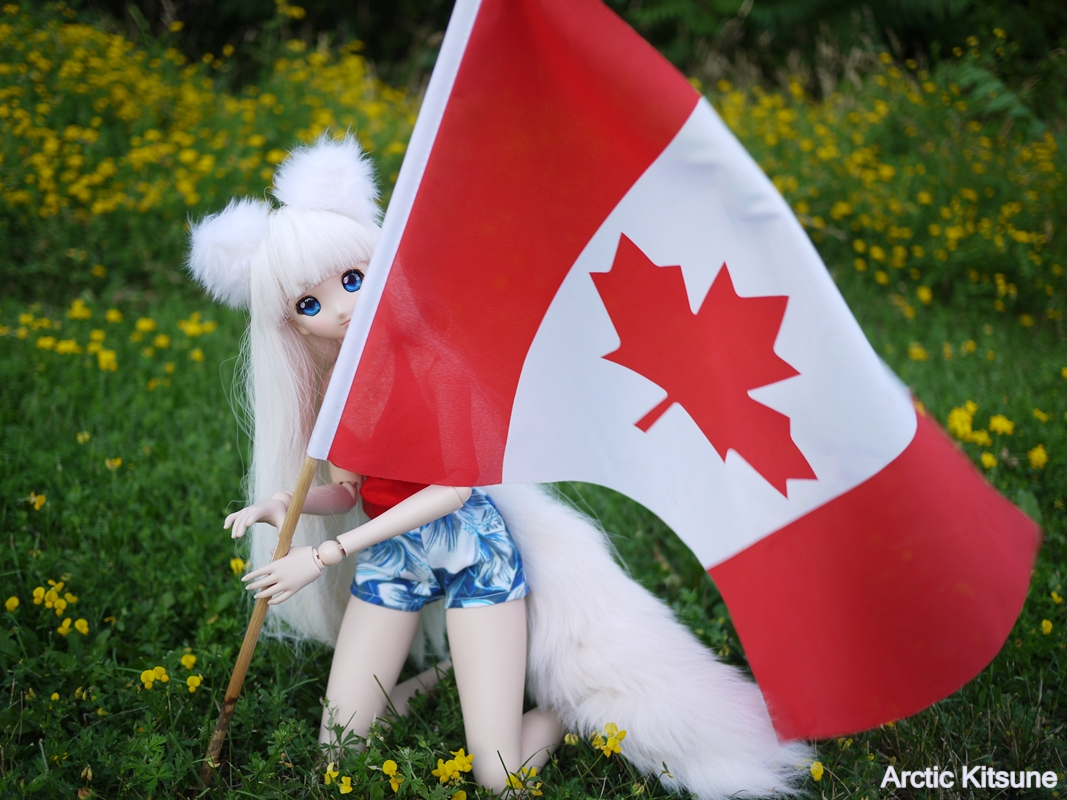 Can’t leave this article hanging on just this. Nope! Here! Have an embedded Youtube video of the Canadian anthem performed by the Slovak Radio Orchestra which made me chuckle. The Slovaks giving the Canadian anthem a lovely peaceful, though proud touch. I love it!

There’s no hiding the fact that my Arcticu Empire’s colours are close to that of Canada’s. That, and Japan’s flag. Been trying to grow my Minecraft Empire into a glorious settlement area with the most pride-filled creations I could build. I sadly had to rebuild it a few times, though now it seems it’ll recover and go beyond. With such, I had to clear out some of the terrain to add a very simple Canadian flag in its simplist blocky form to mark what my map went through. 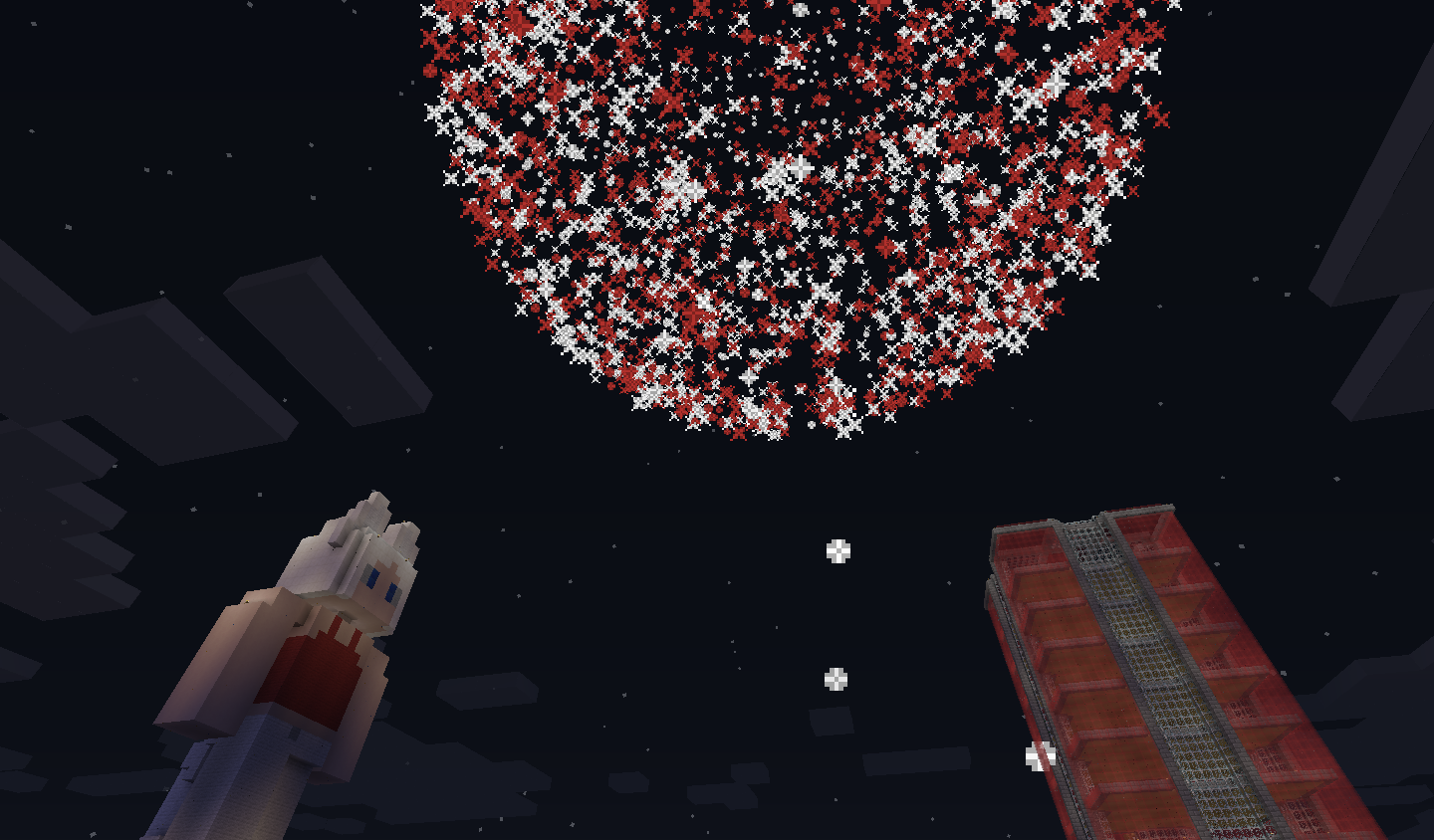 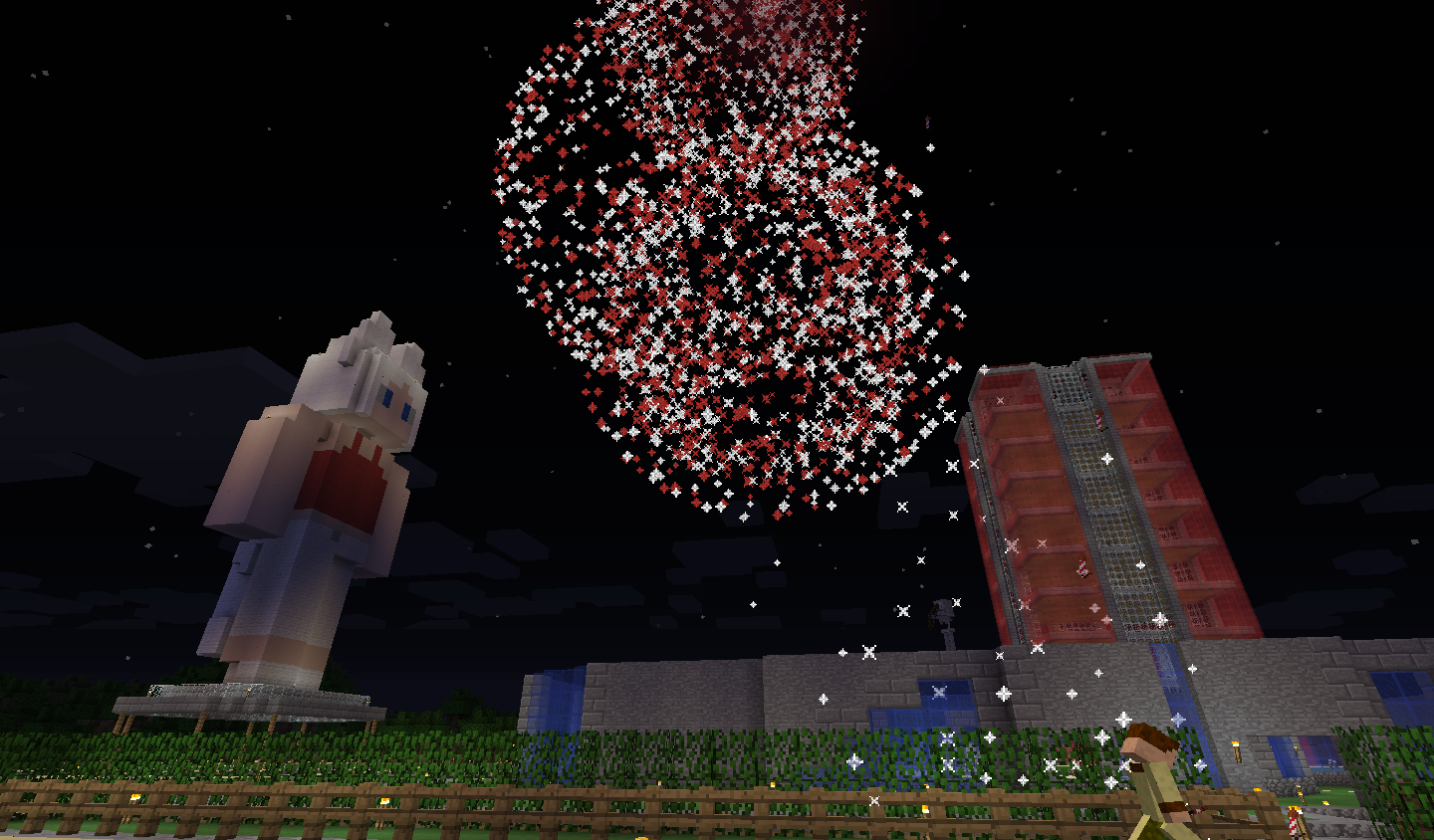 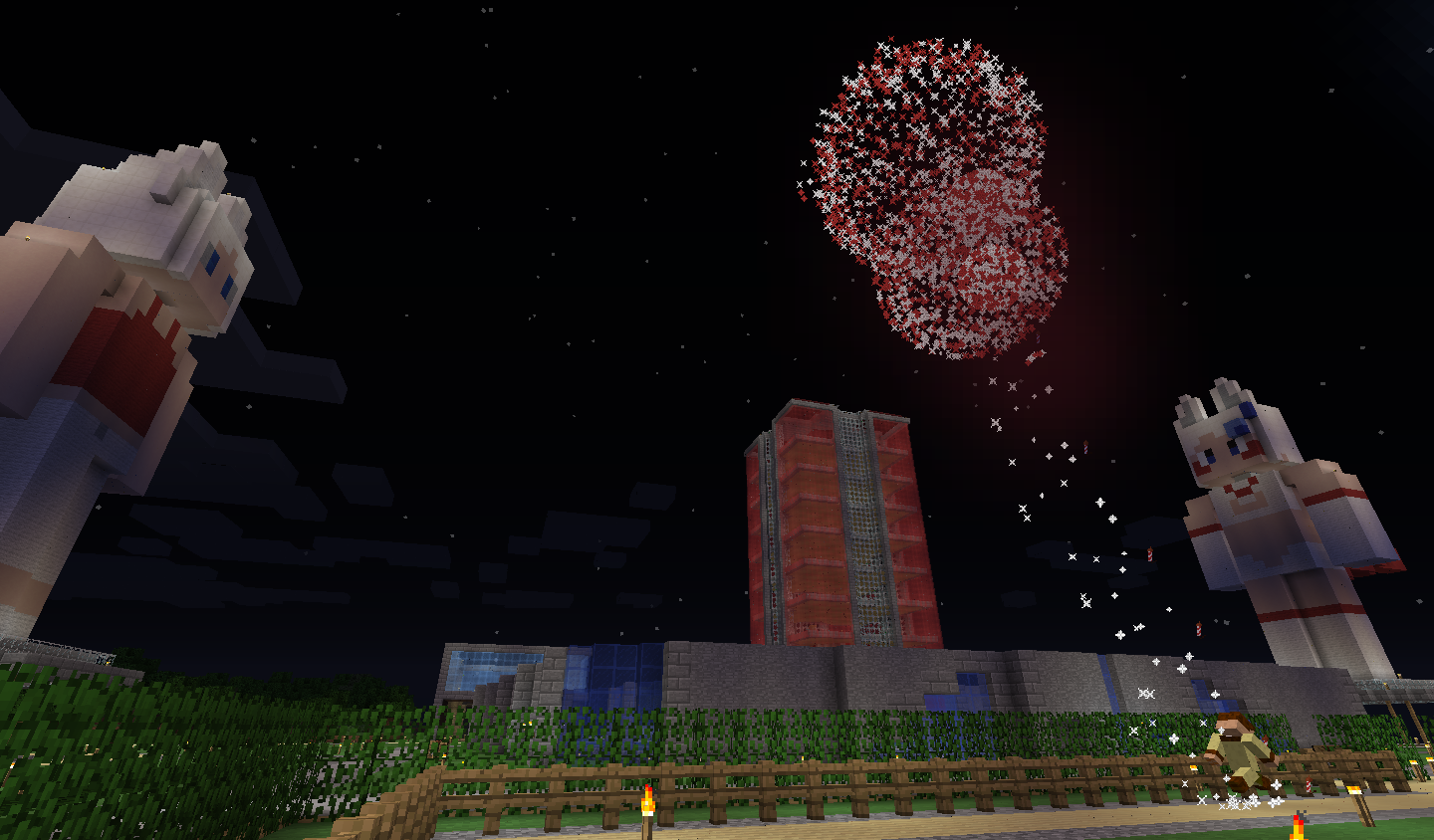 Thanks for viewing and hope you enjoyed both the Varakitsu & Minecraft portions of this Canada Day festivities. Hope yours was a blast.