Well I was at my friends to see his new synth so I took the opportunity to take pictures, and to also improve my indoor shooting skills. I tried out his synth (Korg R3) and I must say its a kick ass synth. Too bad I couldn’t record what I played on it since the recording softwares had some issues with the keyboard .

(To view larger images click on the “(Link)” to get a bigger image, pictures will open in a new window.)

So here are the the damn clouds that harassed Ottawa late July till August 11th messing up my bike trips. This weather front corrupted my already messed up sleeping habit making me stay awake even longer during the night (or waking me up early but sleeping later). 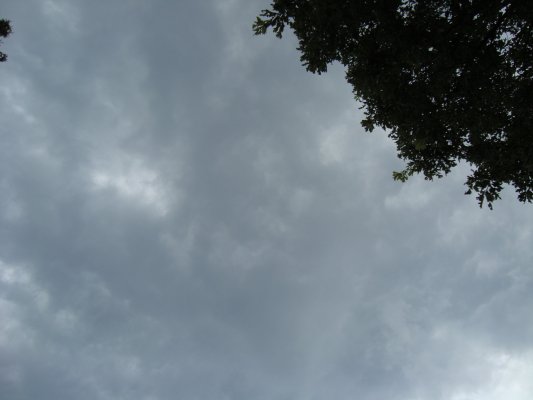 Haruhi wants the synth so she starting hitting me over the head with the yellow cone.ï¿½ She said that if I didn’t give her the Synth that she would delete everything on my site – if only she knew how lol.
(Had flash on to test out indoor shots taking skills) 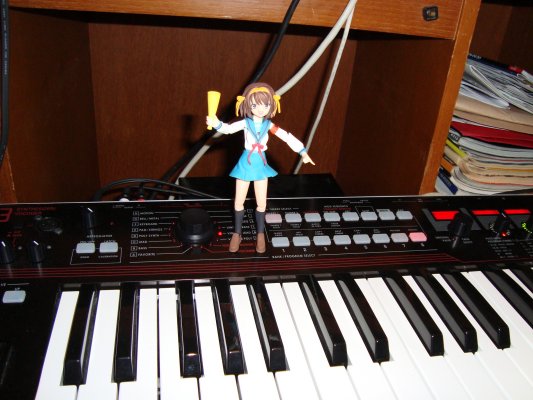 Haruhi still in the same pose to harass me for the synth my friend has.
(Taken without flash but with natural light) 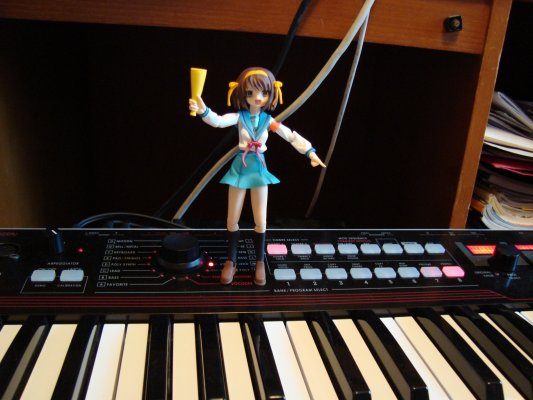 My friend playing his music on his computer and she points up to the monitor. I don’t know why she keeps on holding the yellow thing in her hand, maybe she wants to hit somebody? 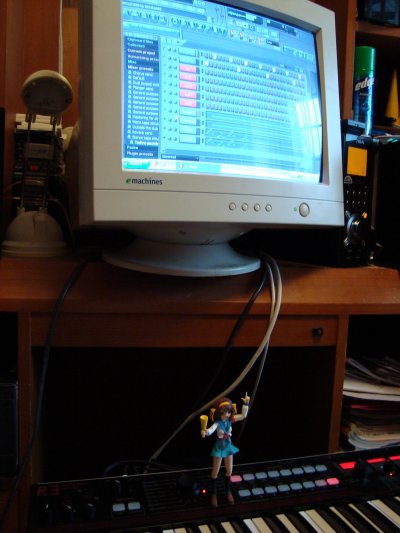 She liked the synth so much that she sat on it and told me to play some tunes on it. She’s pointing up at the monitor with Fruity Loops 7 on it saying that a Synth is better. Can you imagine Haruhi stealing a synth? Good thing shes small. When we came home she hit me over the head with her yellow cone of choice :(. 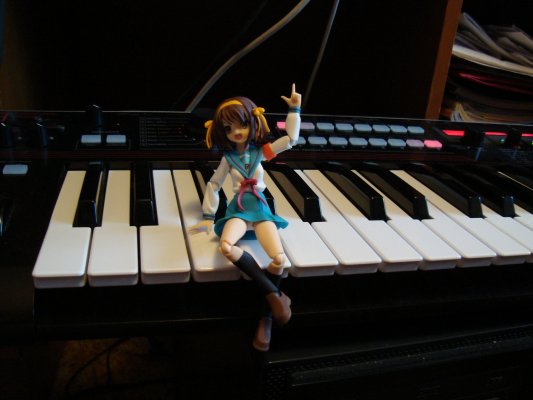 She put her weapon down and started dancing to “A State of Trance – 333” that was playing over the speakers. She started dancing on the Synth almost messing up the settings on it, oi.

(Image taken without flash, forgot my camera protect packaging was in the frame) 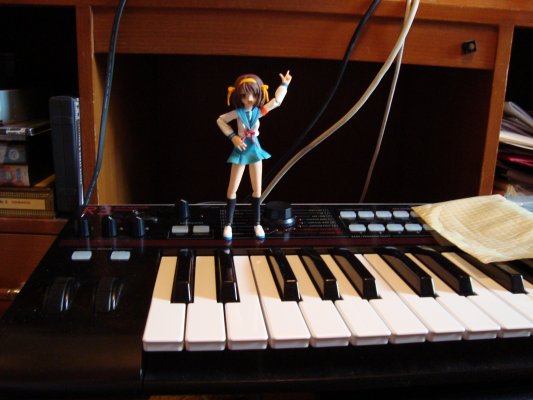 Haruhi noticed my friend’s Ferrari collection so she rushed over and wanted to take one for a spin. Luckily for me (unfortunate for her) there wasn’t one her size. She got annoyed but forgot to take a picture of her when she got mad but I did catch her going back to dancing to the music.

(Without flash and on a soft background. Have to work on getting the right detail in the image when indoors) 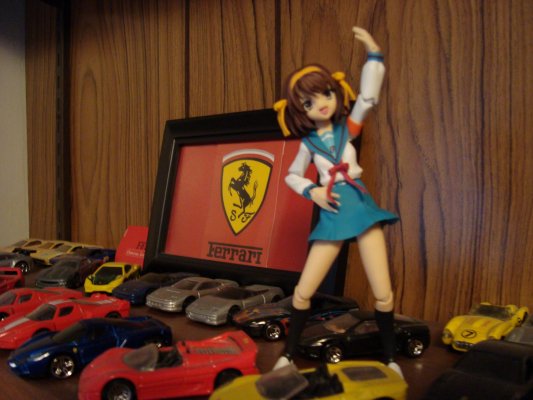 Lastly I noticed Haruhi playing an Air Guitar so I quickly took an image of her before I left my friends. 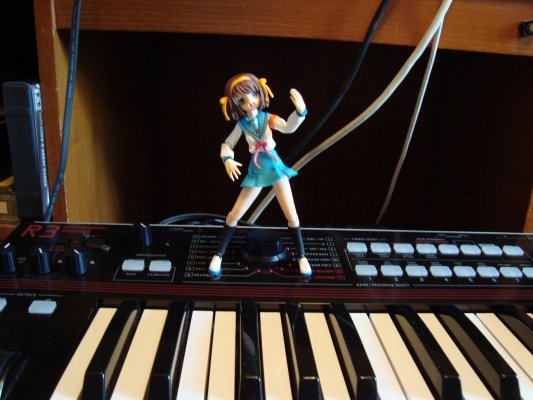 And this will be my last blog entry for awhile since I’m leaving to Europe on August 15th (Mentioned here) till September 21st. I doubt I would be able to update my blog since I use my SmartFTP to store pictures and my laptop become un-internet worthy. If I would be able to post more entries then I would link to the deviantart images I uploaded to taunt my friend who didn’t go.