Wanted to take some quick images of Caster in the snow, though I didn’t know where to do such. Took some quick shots both outdoors and indoors because well, she’s cute and foxy heh. I keep staring at her wanting to take some pictures. 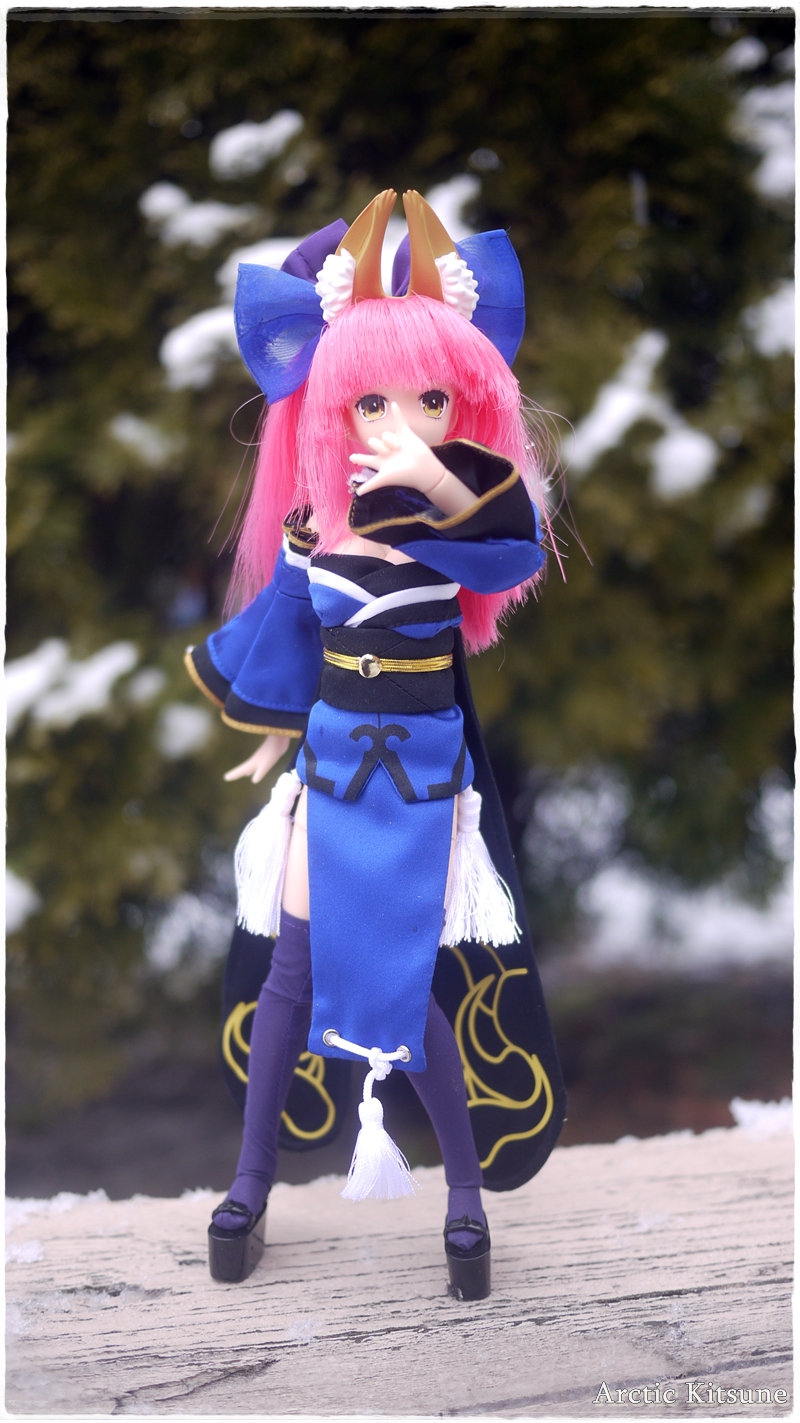 For those that may have missed it, I reviewed Caster Fox here (Click me!).

I wanted to take some quick images of Tama-chan in the snowfall. The snowflakes were bunched up together in a nice big fluffy snowflake, I wanted to capture those next somewhere in the image. Only took four images outdoors and nine indoors (More were more or less the same images). She is insanely hard to pose, especially with the shoes and her knees both giving out. 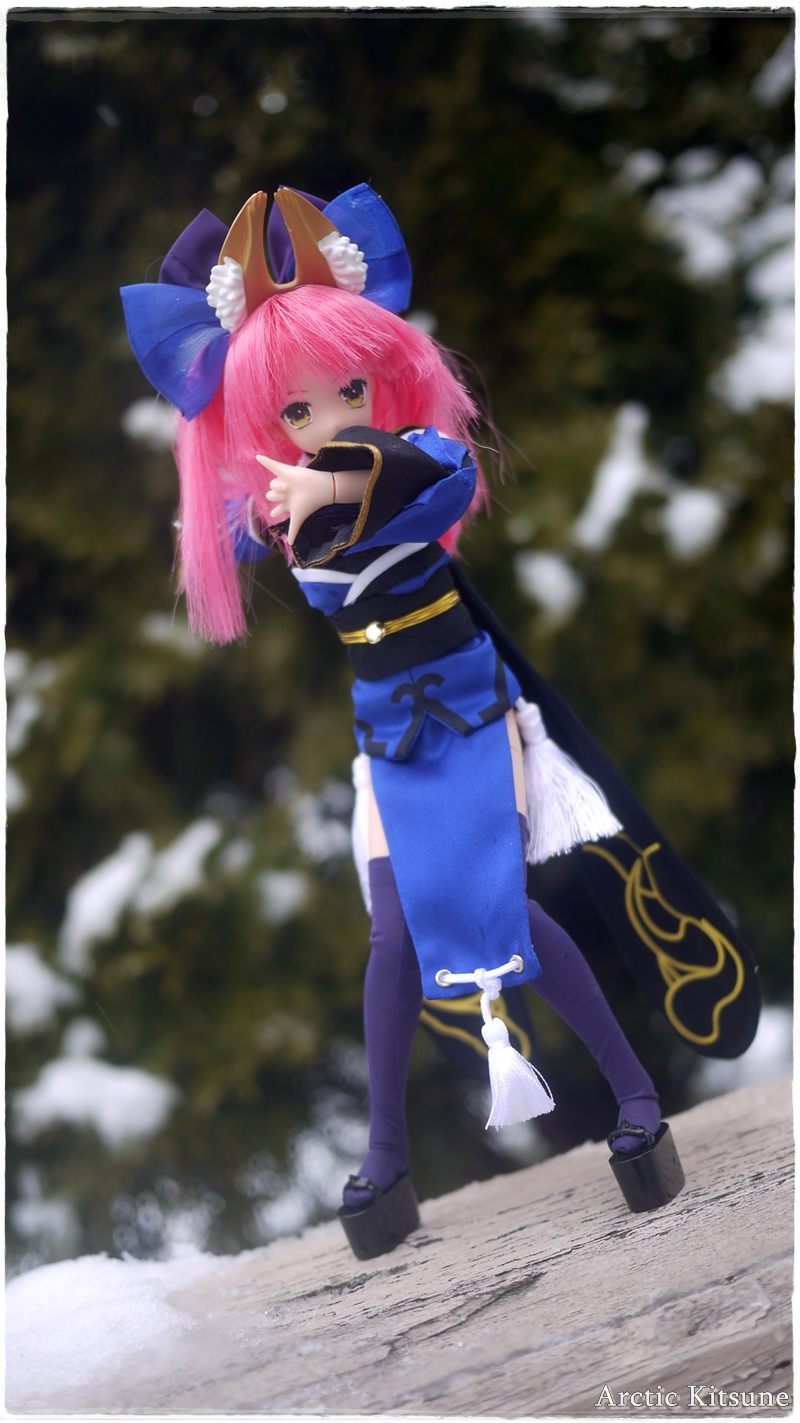 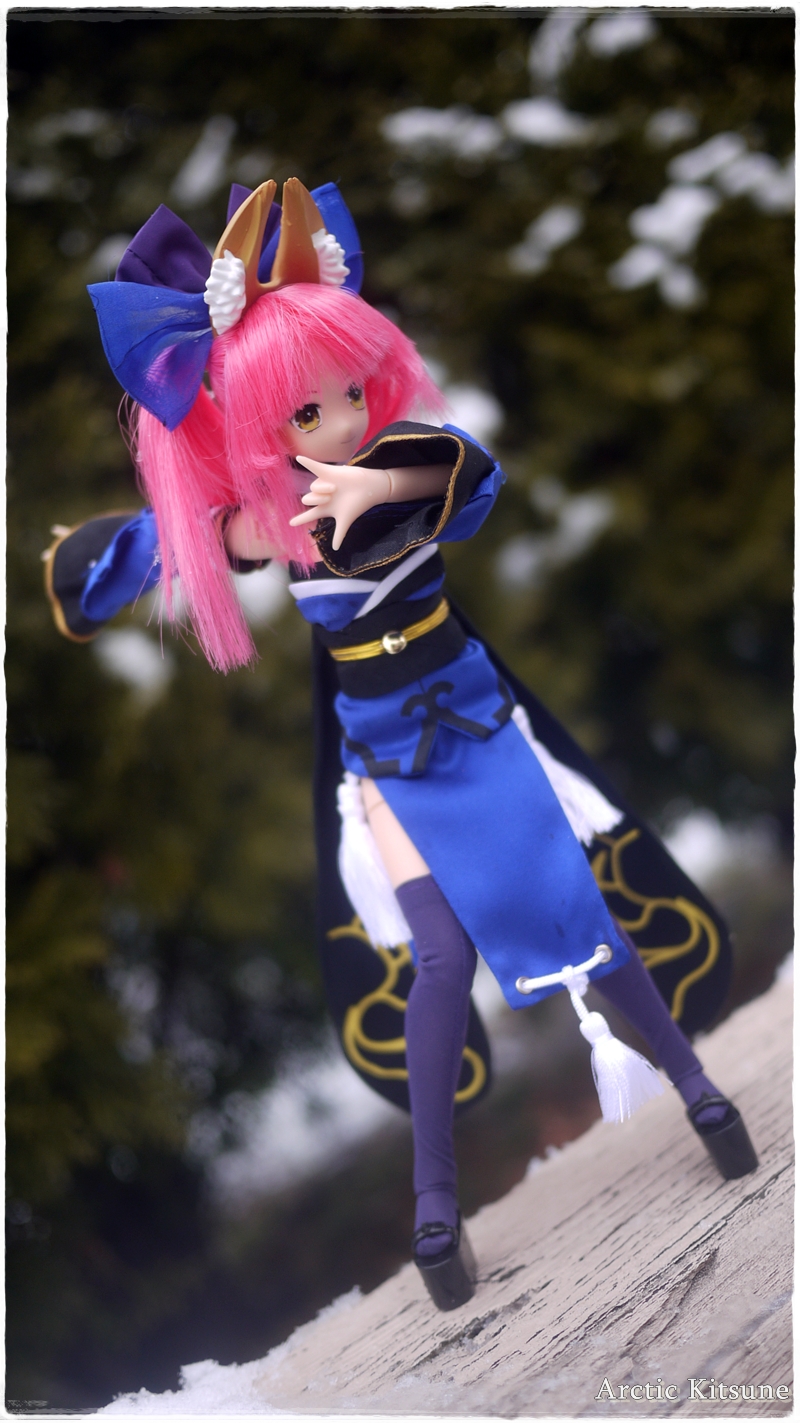 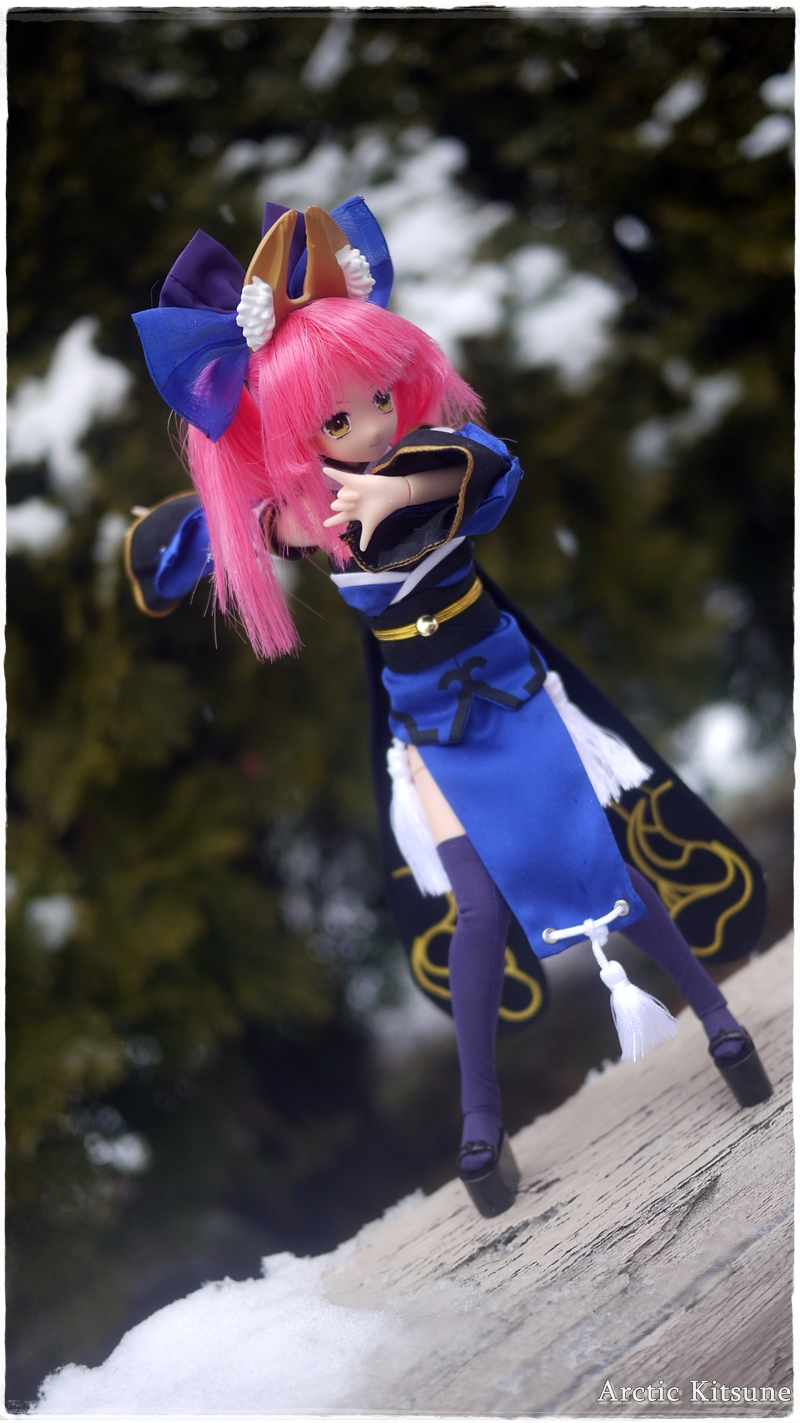 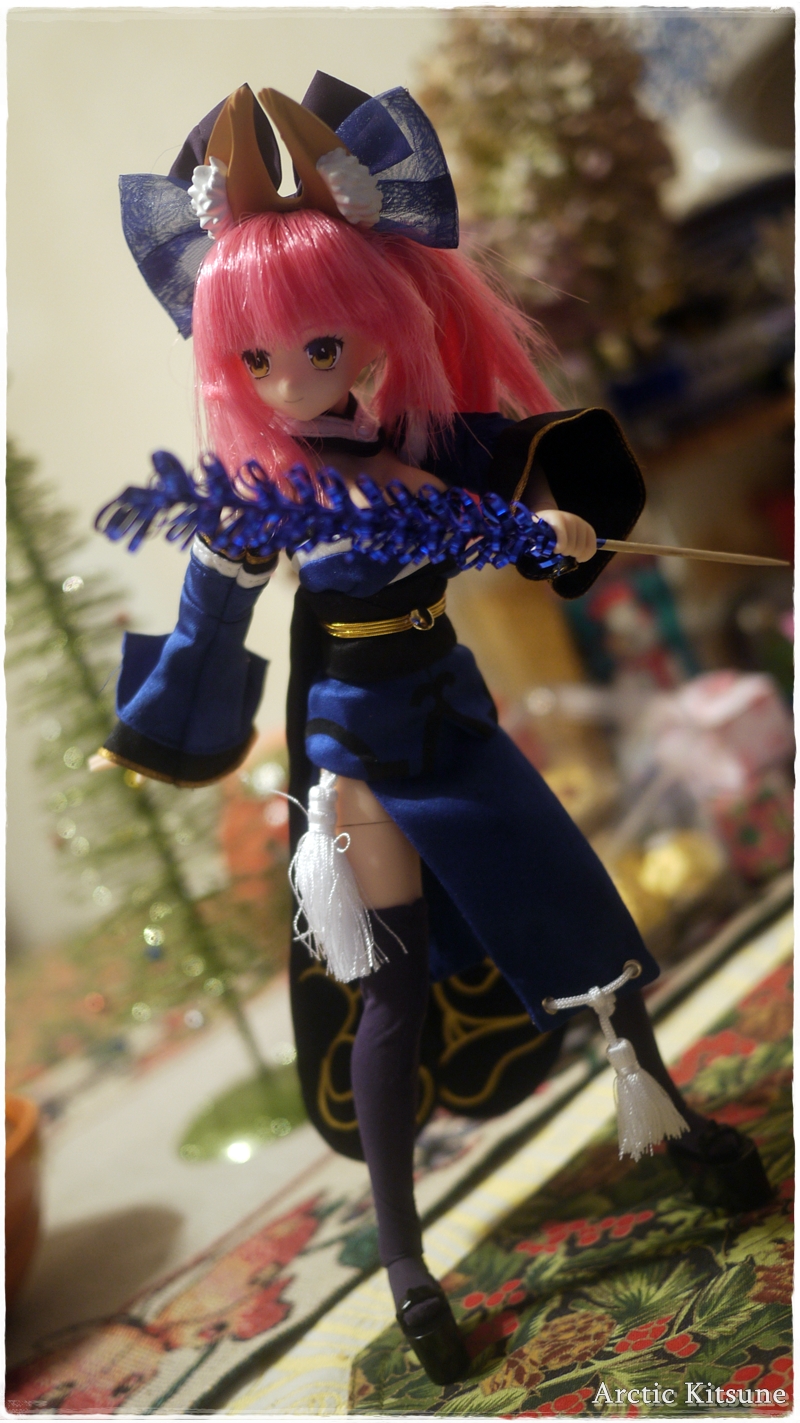 When I said quick I did mean quick…..Wanted at least one shot of her in or around the snow. Also didn’t want to end it there so took a few more images indoors hmm.

I never did mention this review but damn! Her oppai are huge! She has a lovely normal sized pair in the PSP game ^_^. 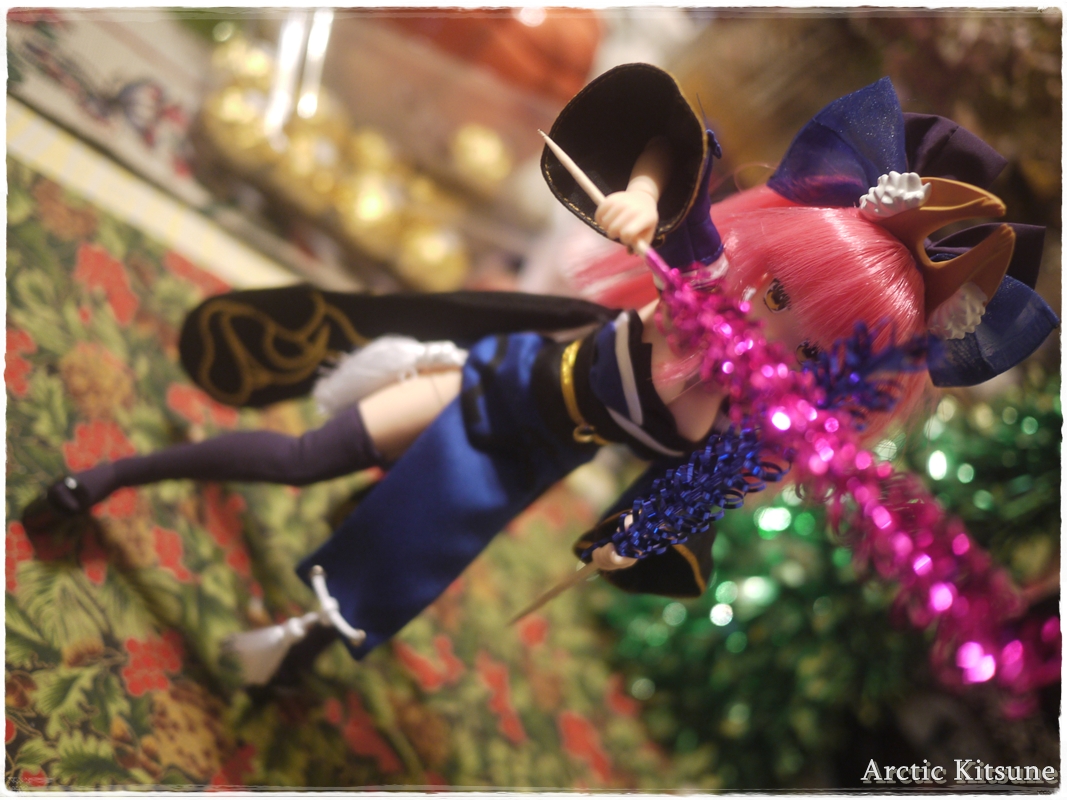 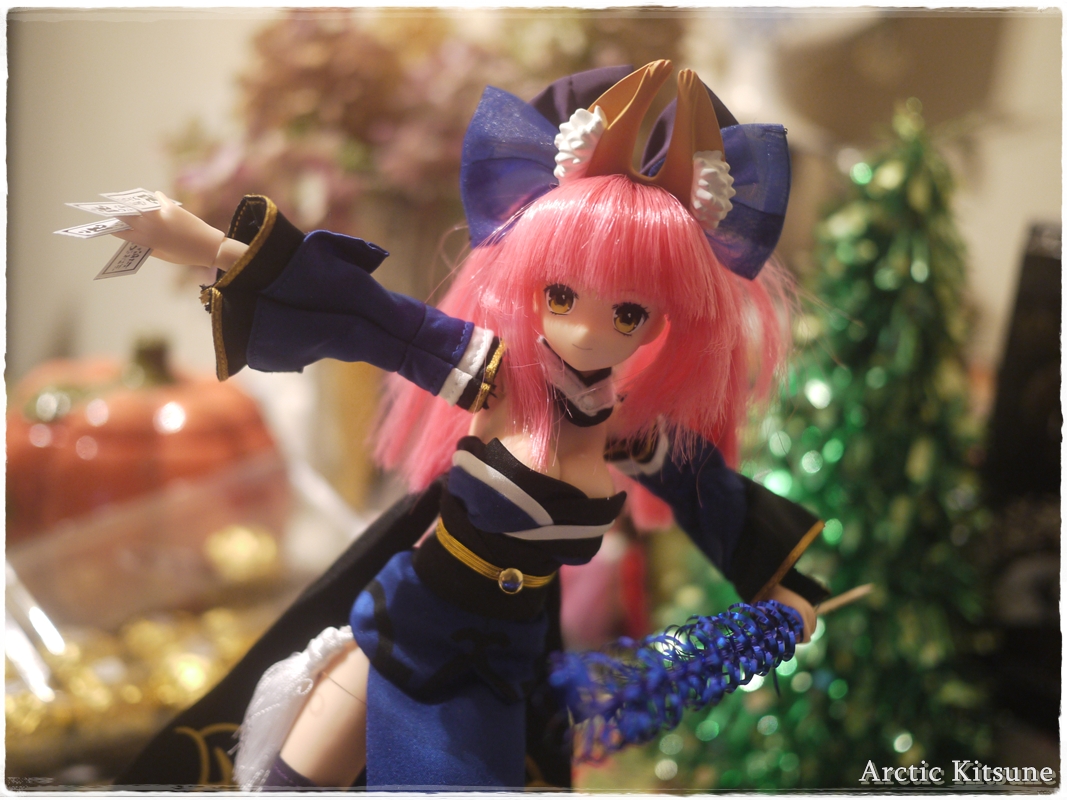 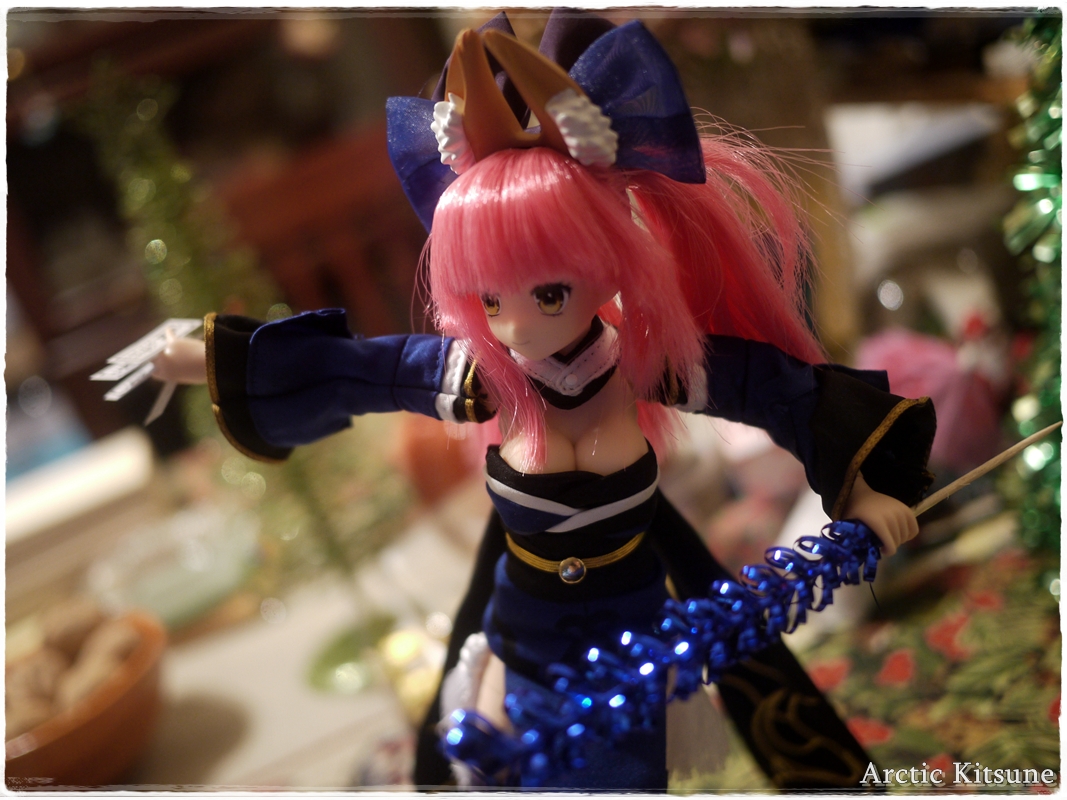 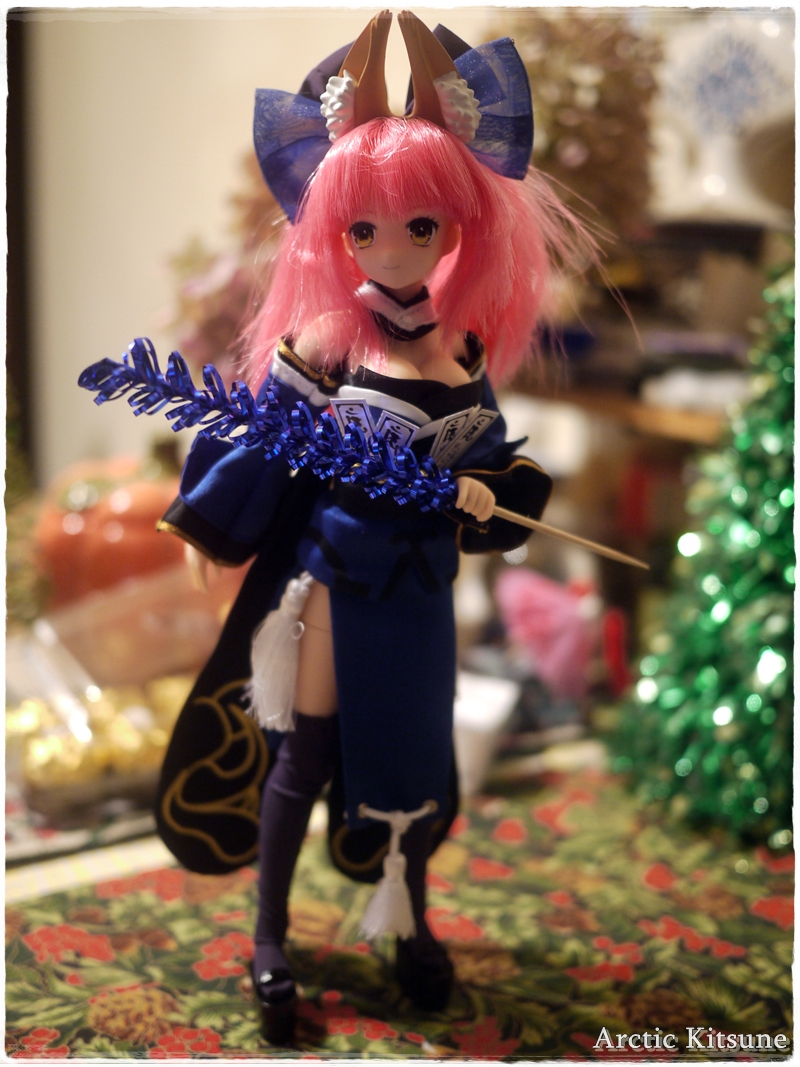 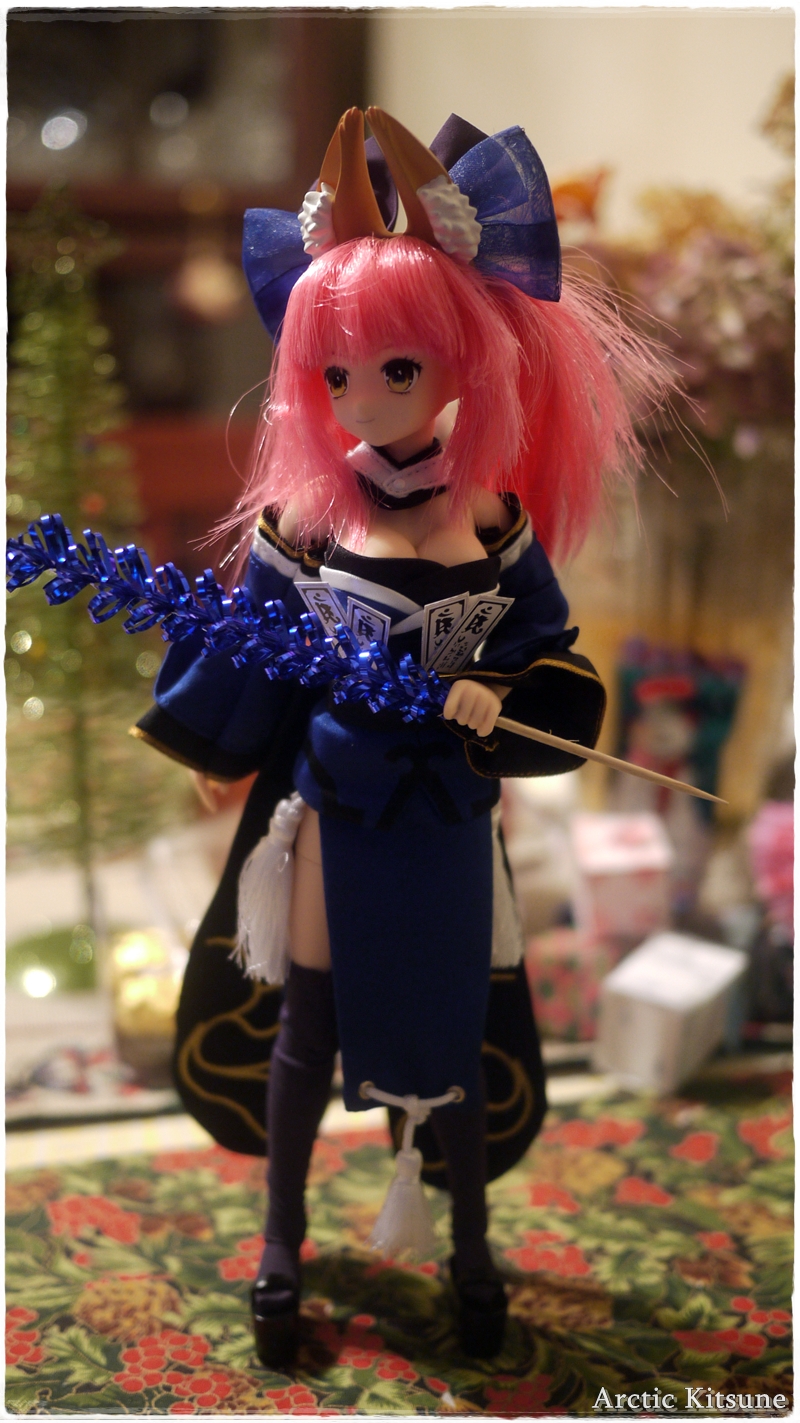 I don’t want to make it sound like I’m whining, it might get taken that way, but I got this giant fear that she is just going to either break or have numerous loose joints. I can’t really go out of my way to get a spare body….Caster, please hold off until I can get around to customizing you 🙂

Thanks for viewing and enjoy the snowfall, or whatever you have locally! Kon!~

Seeing as how wasn’t enough images in this article I wanted to edit in some more that I took of Caster out in the freezing rain & snow mix. I saw Deedo posing his Caster out in the snow which pushed me to take some images of my lovely Caster outdoors. 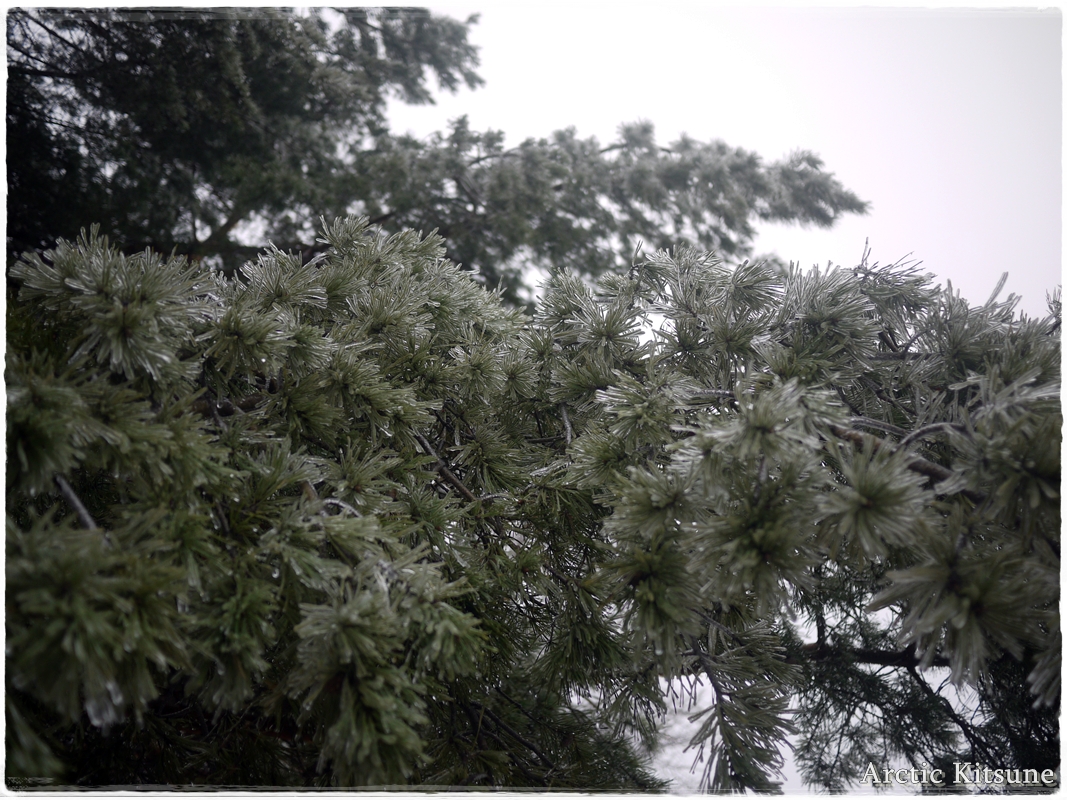 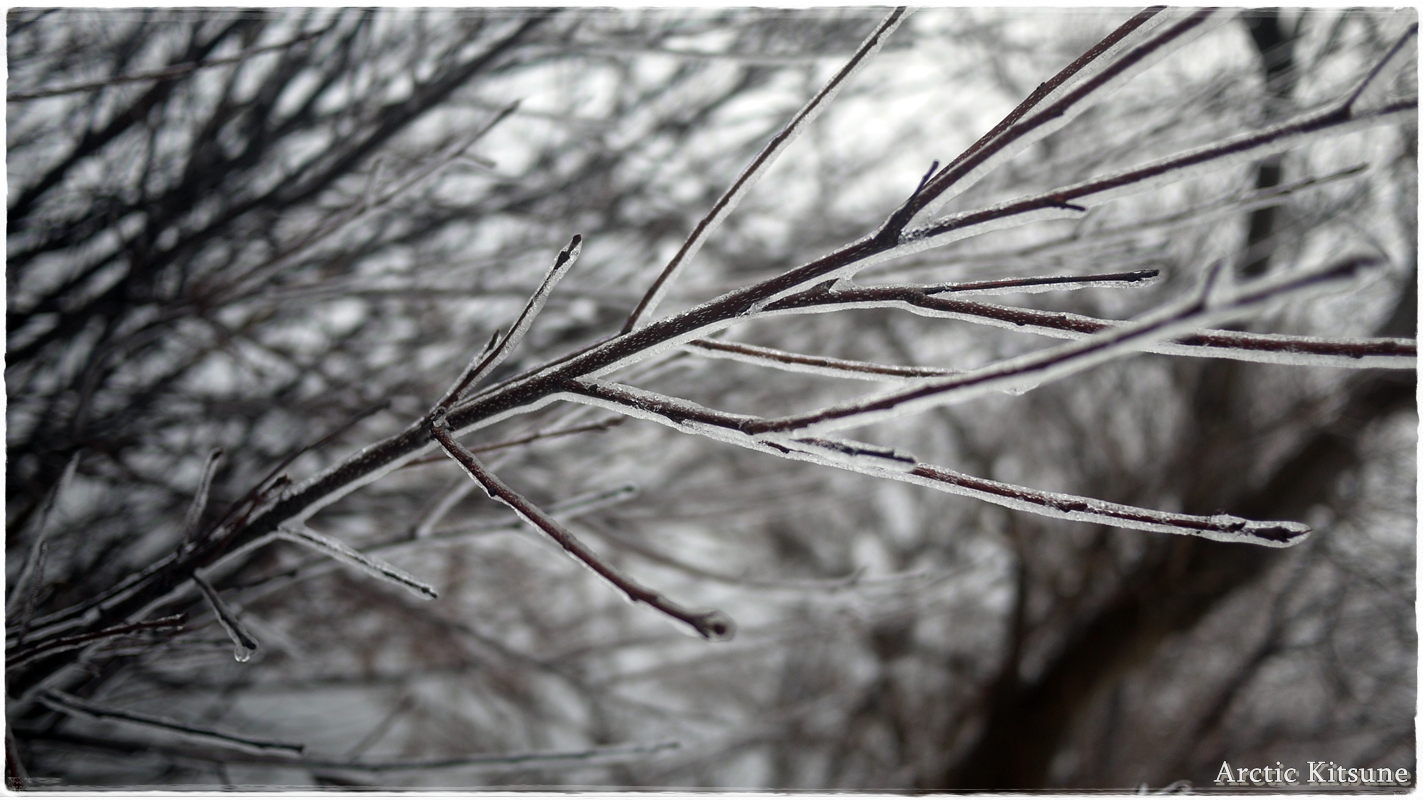 Going to quickly note that Caster’s footwear is highly unsuitable for icy conditions. If she was 1/1 and real you would be seeing her slip constantly. 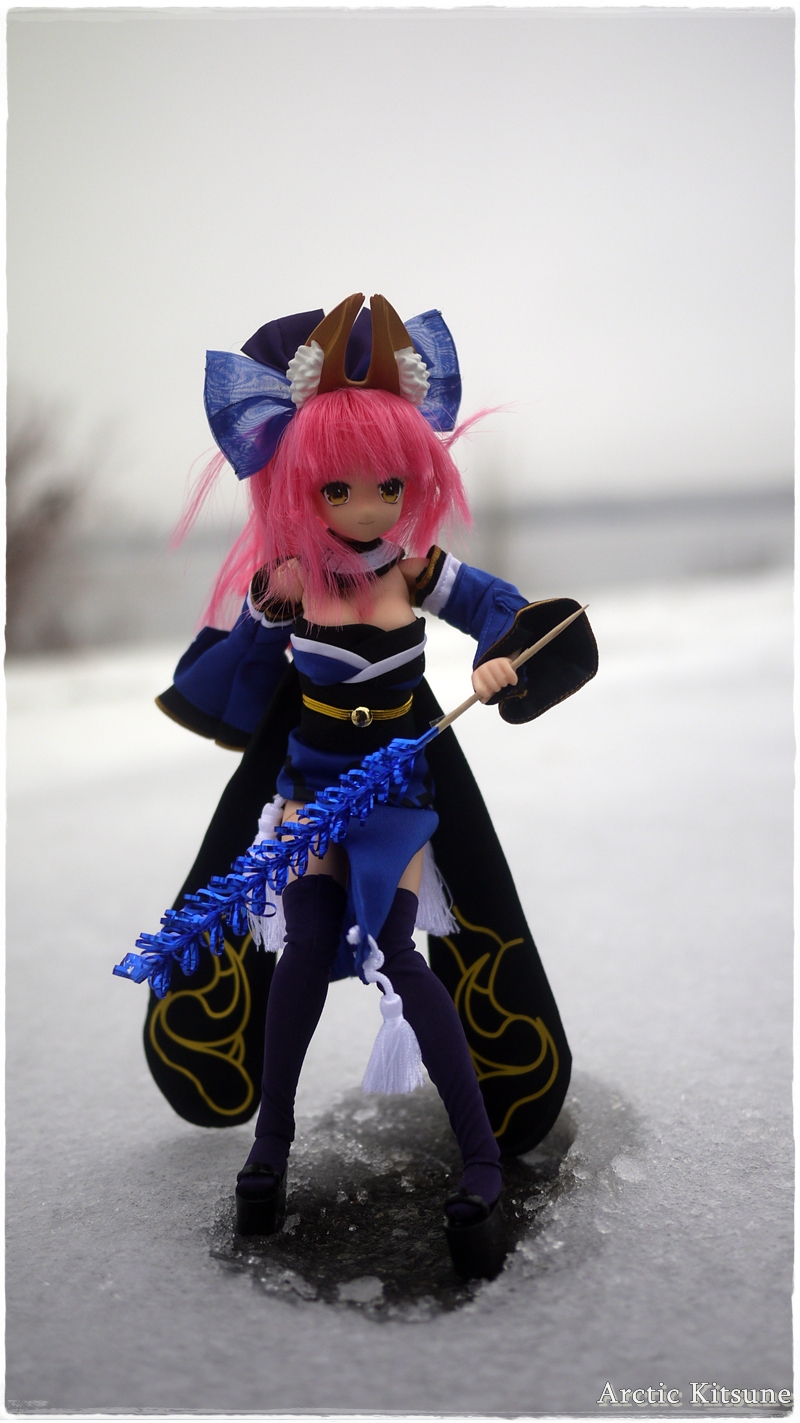 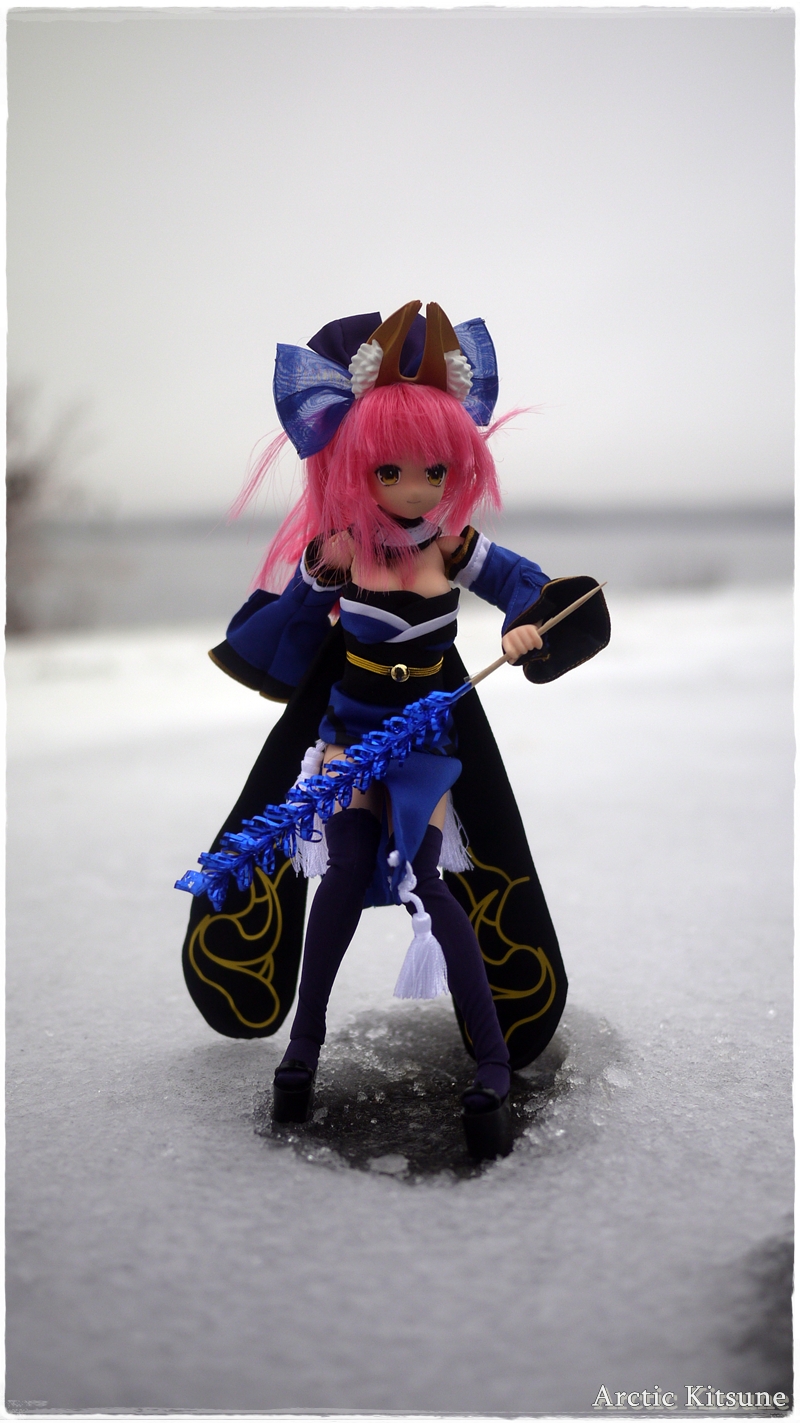 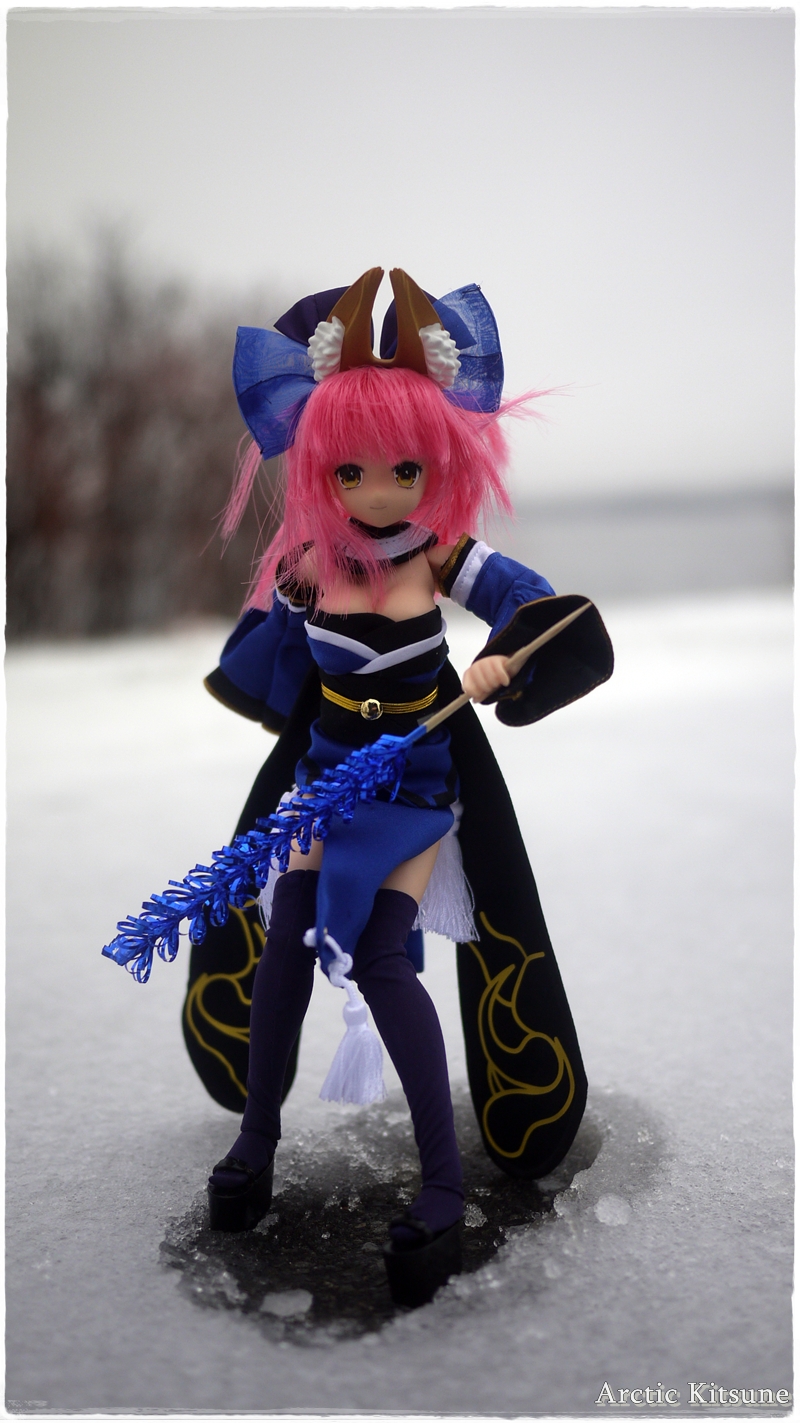 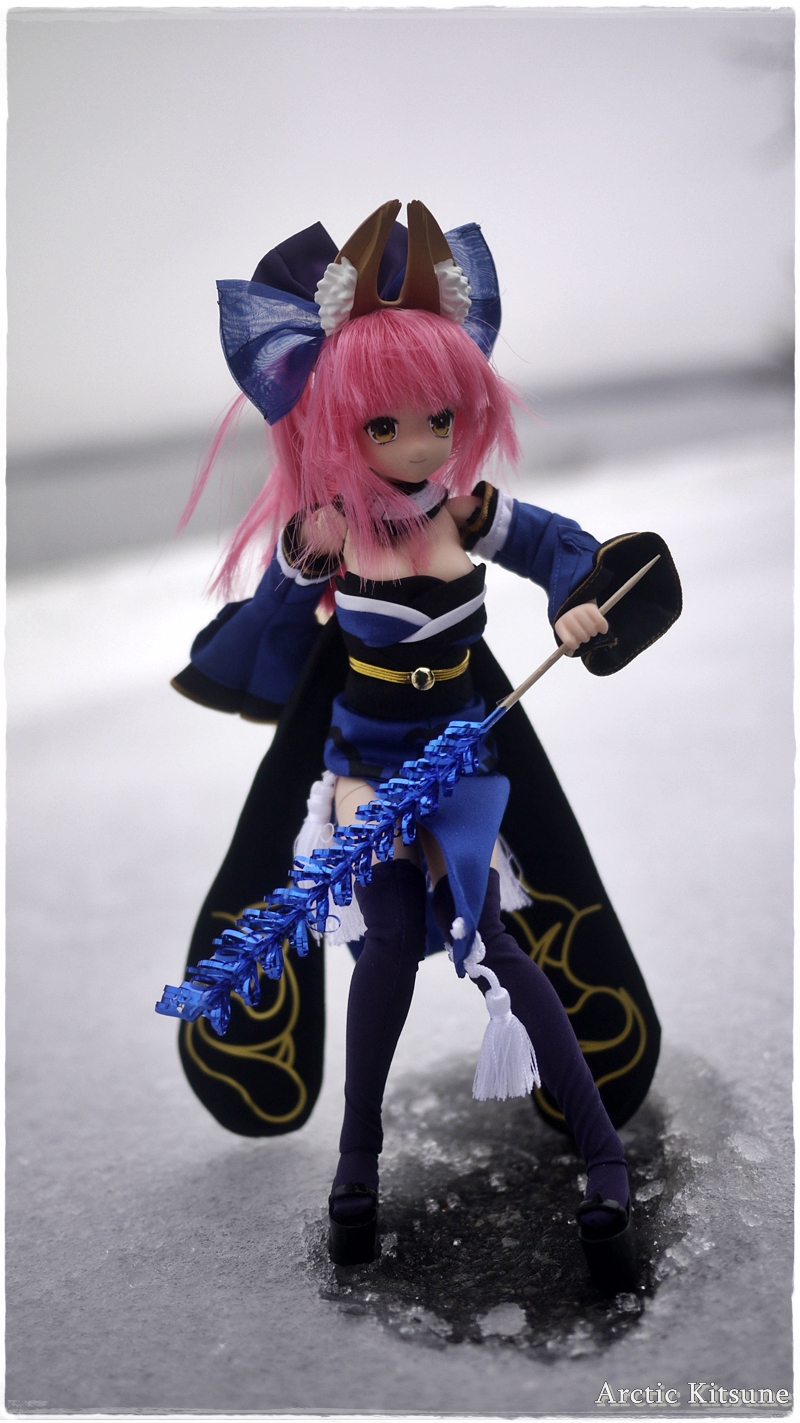 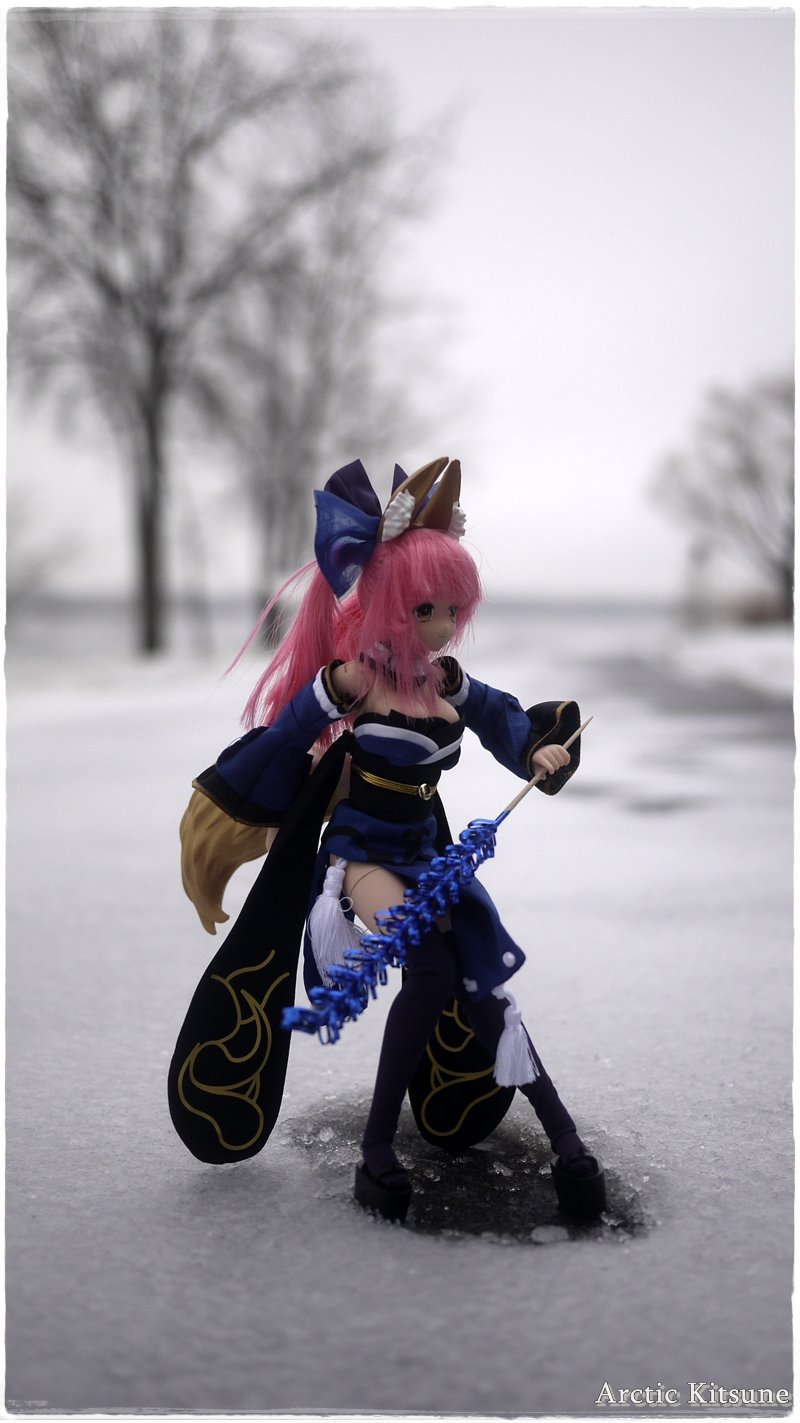 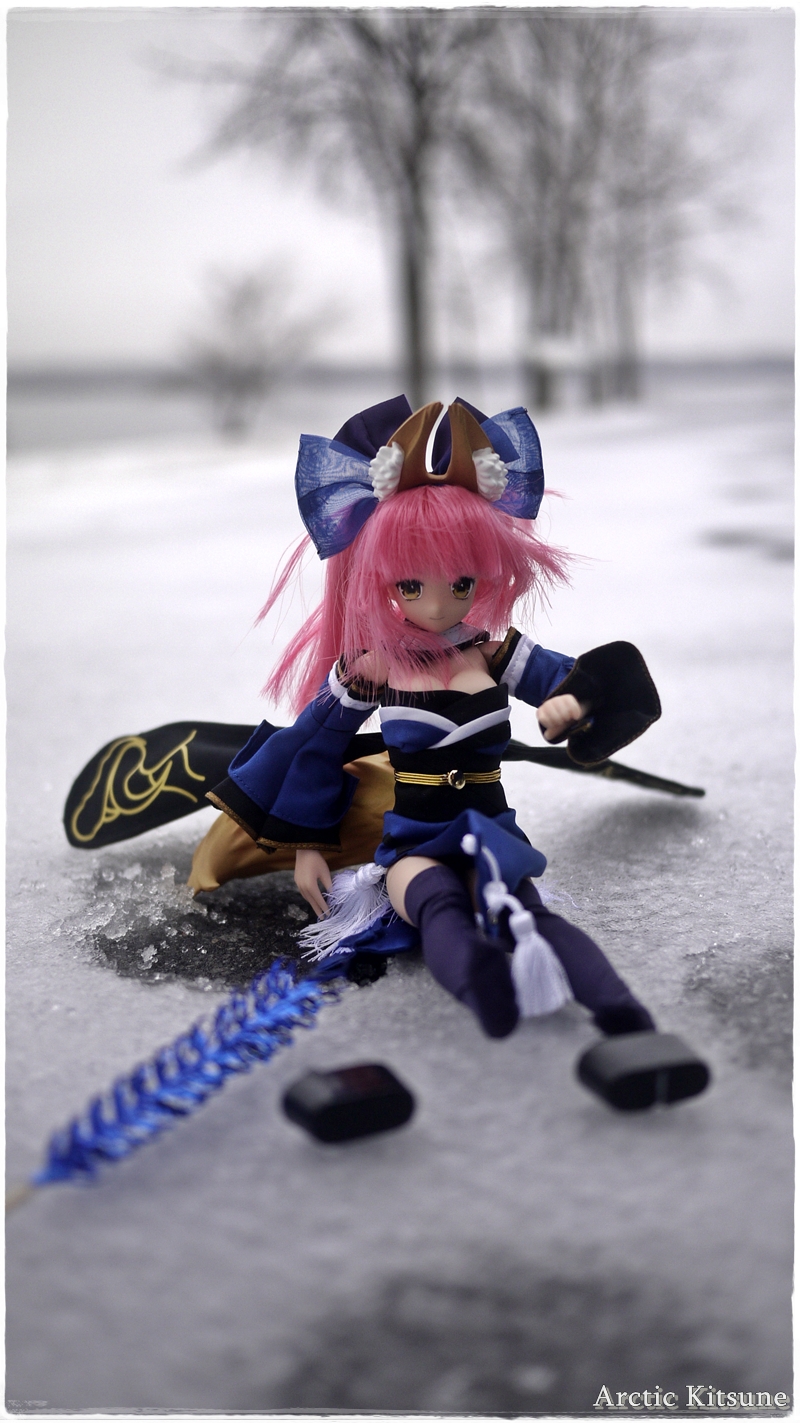 – Poor Caster took a slip….Time to help her back up; Caster looking up to spot two planes flying overhead in the clouds. 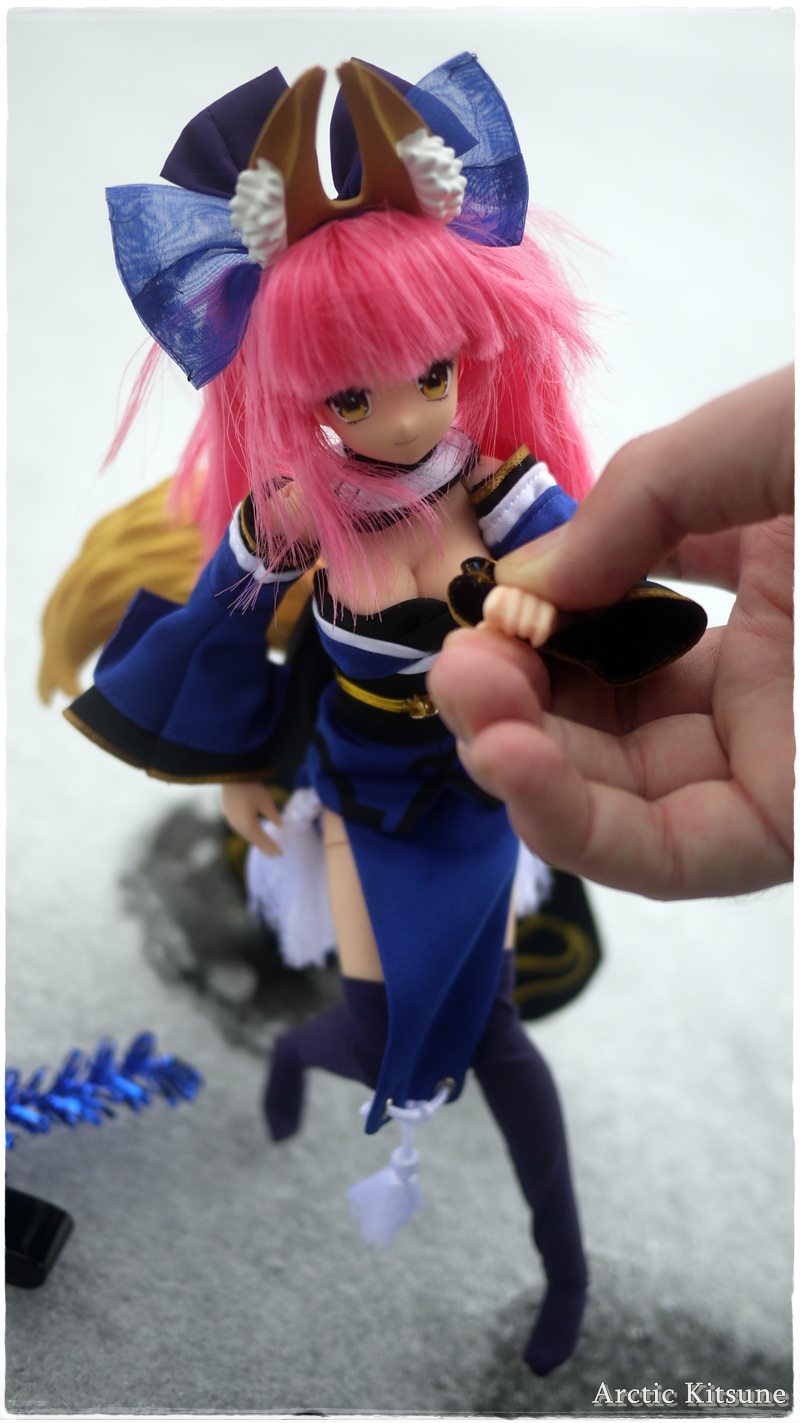 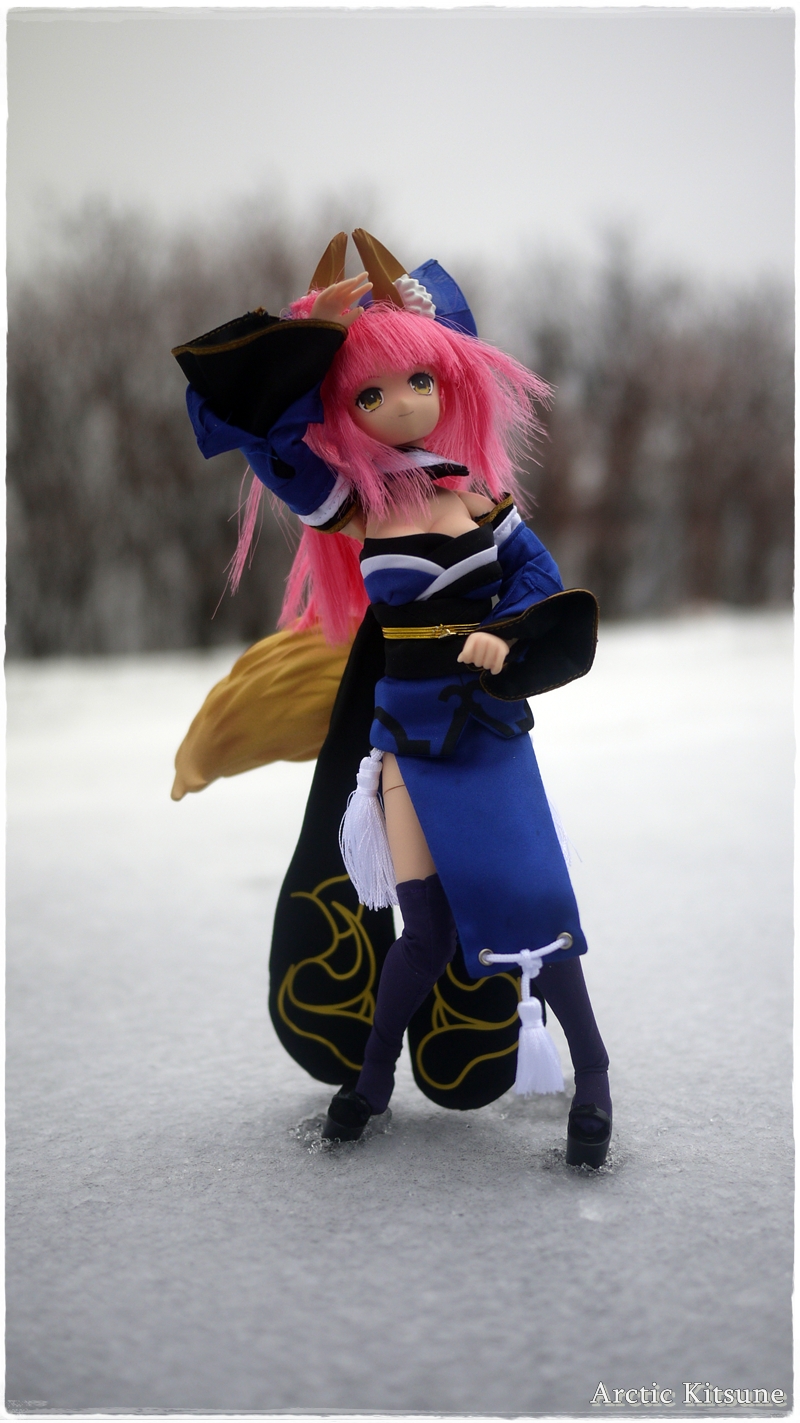 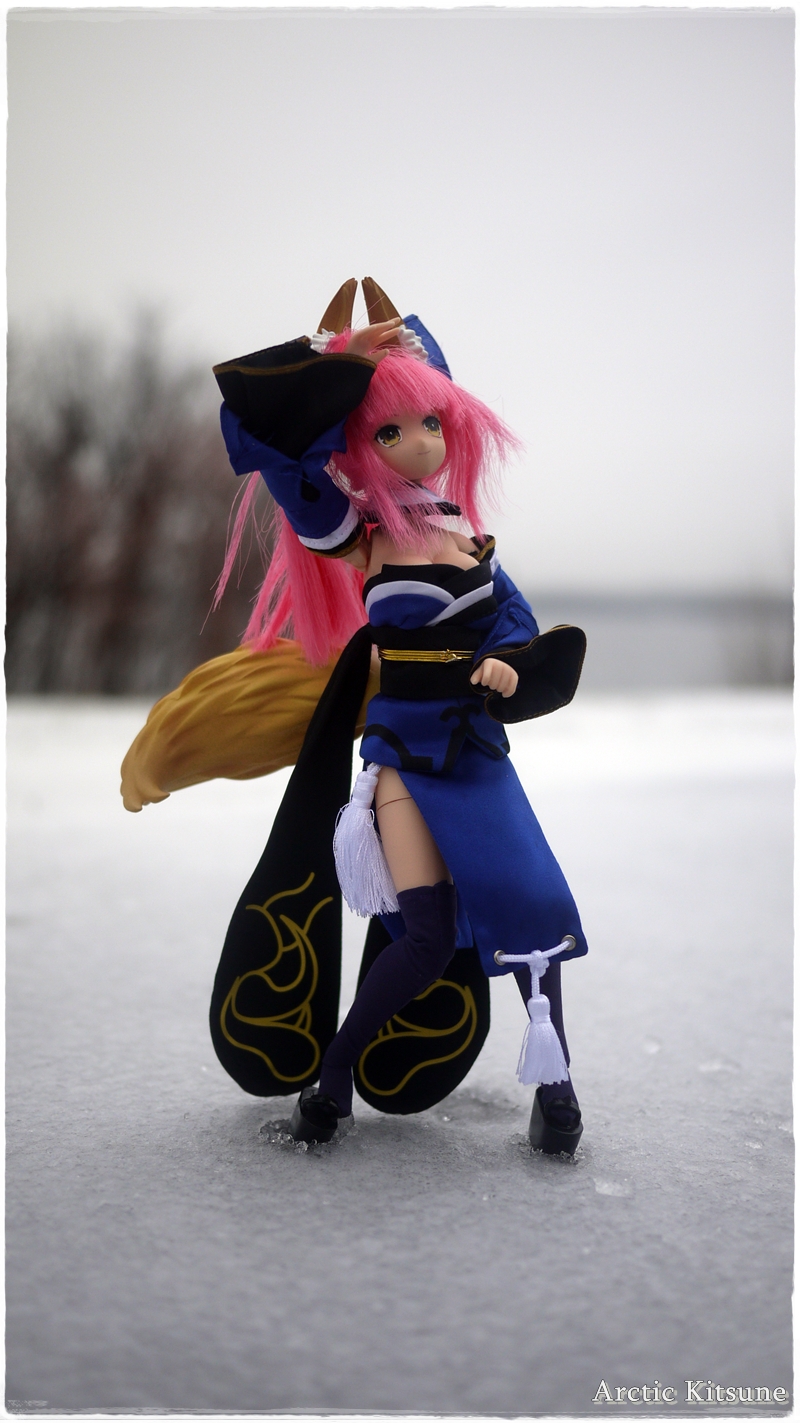 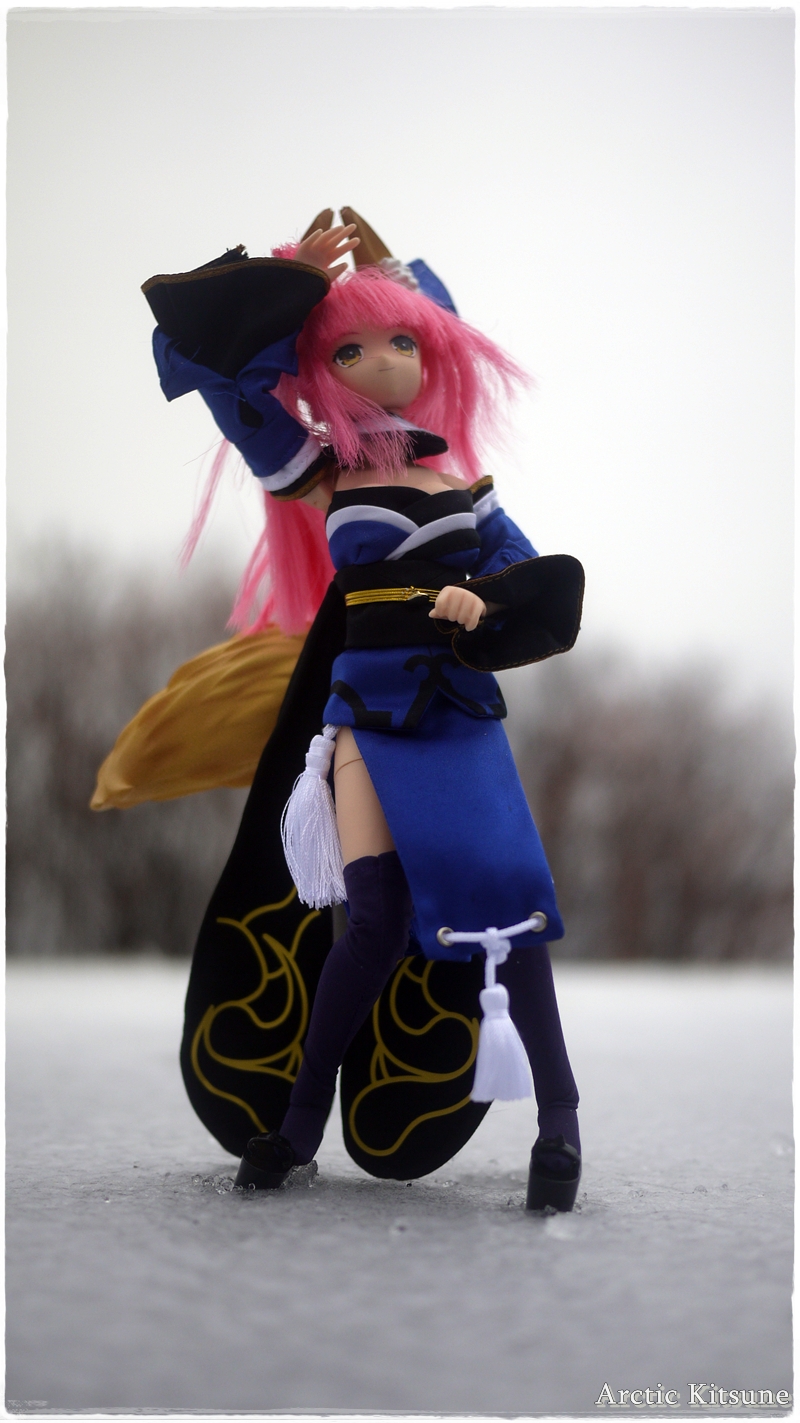 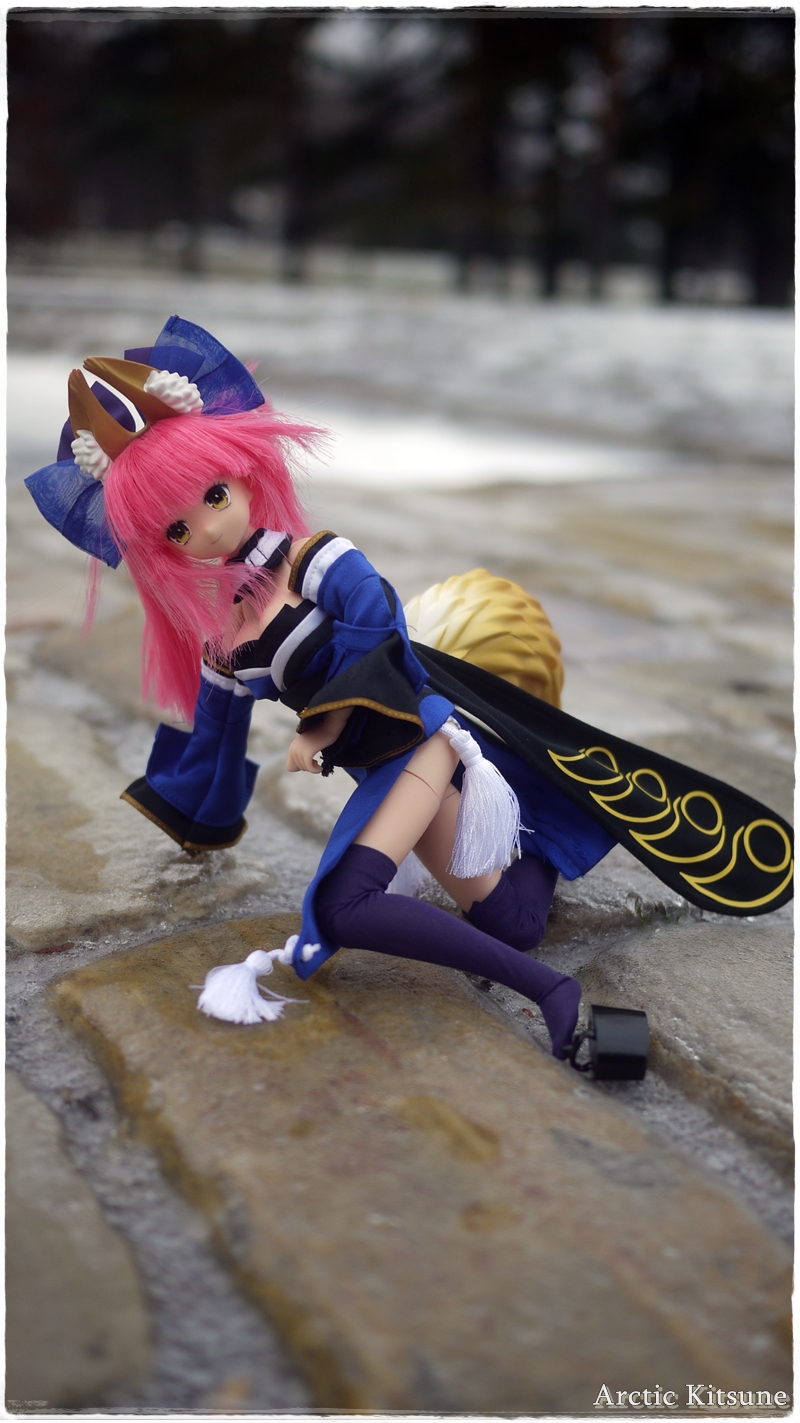 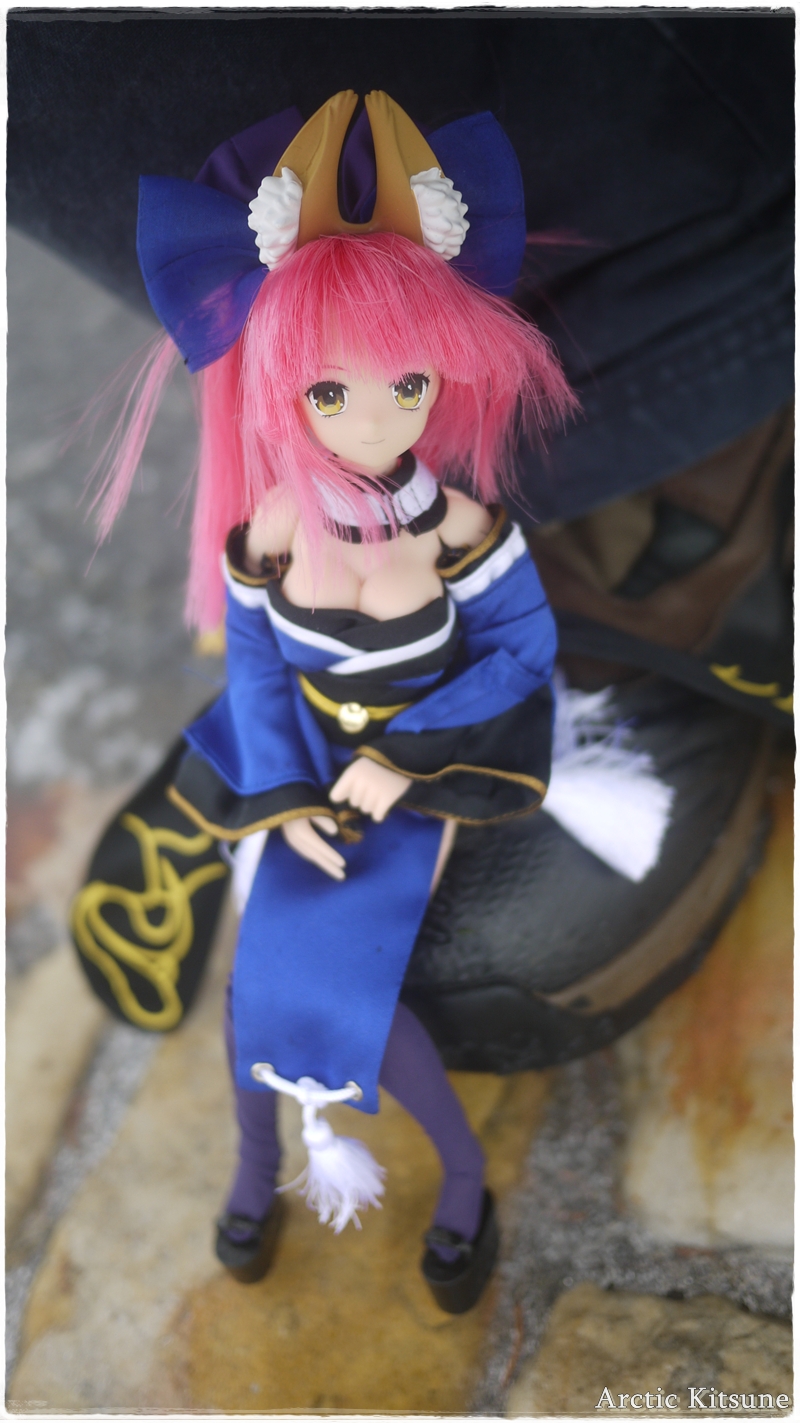 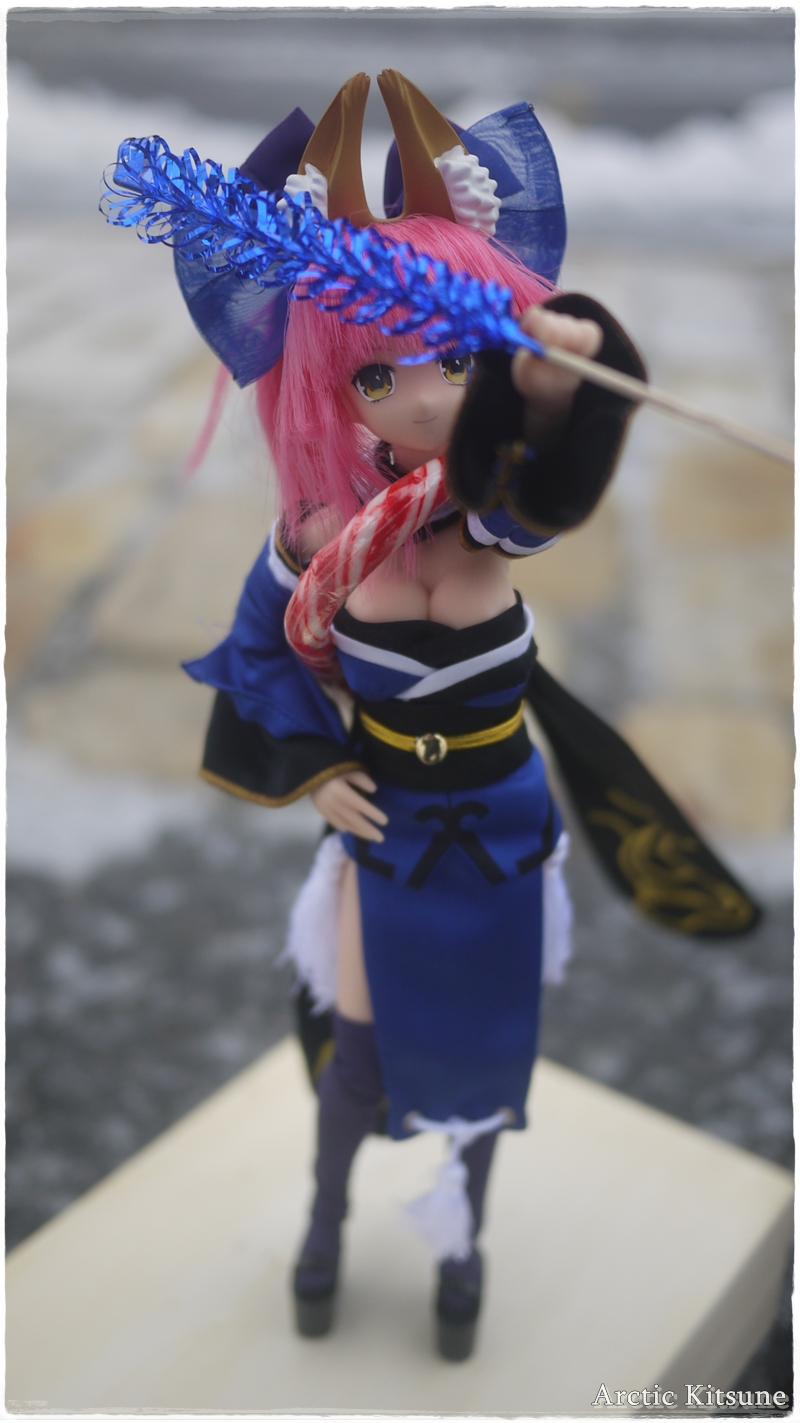 – Jiiii!~ She decided to take a rest on my winter boots after slipping a lot ^_^. 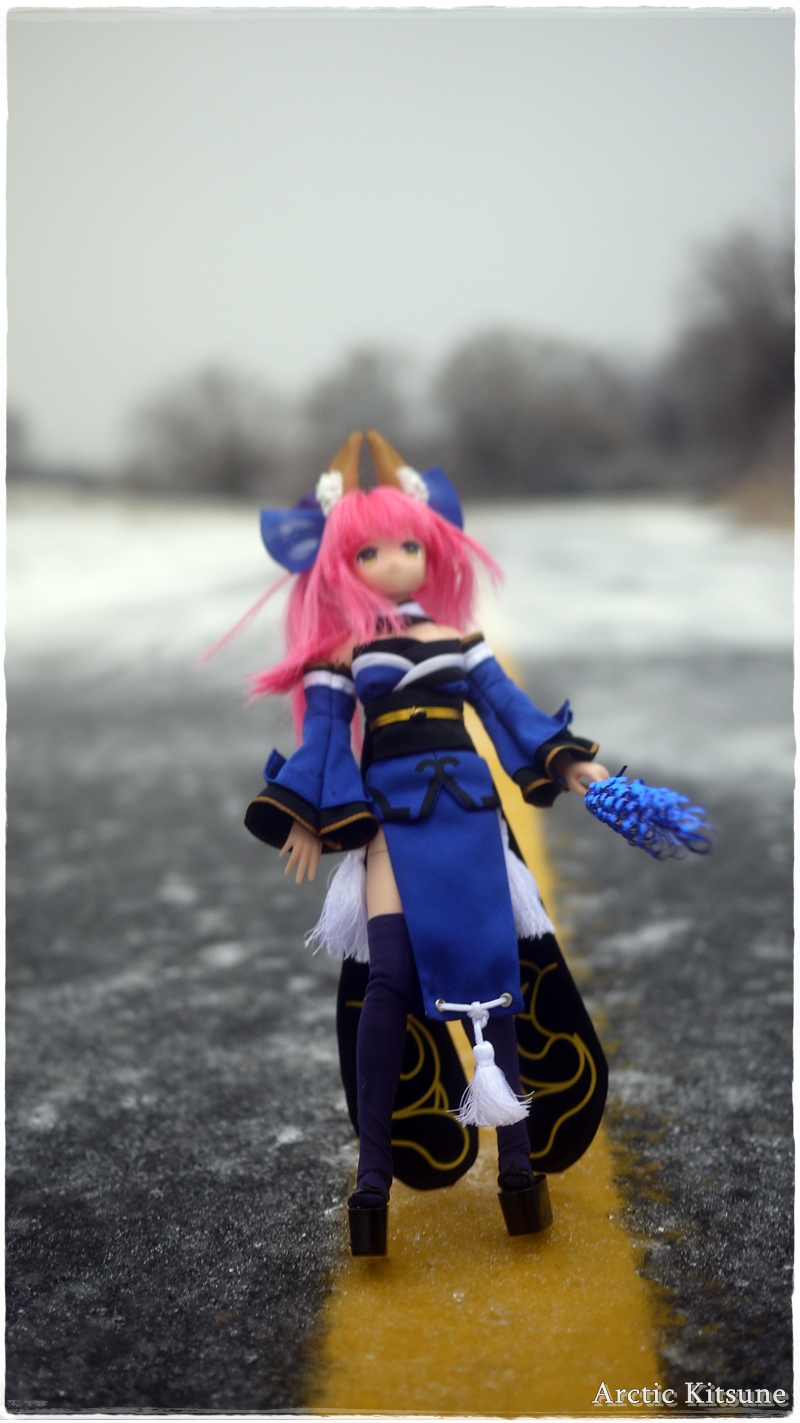 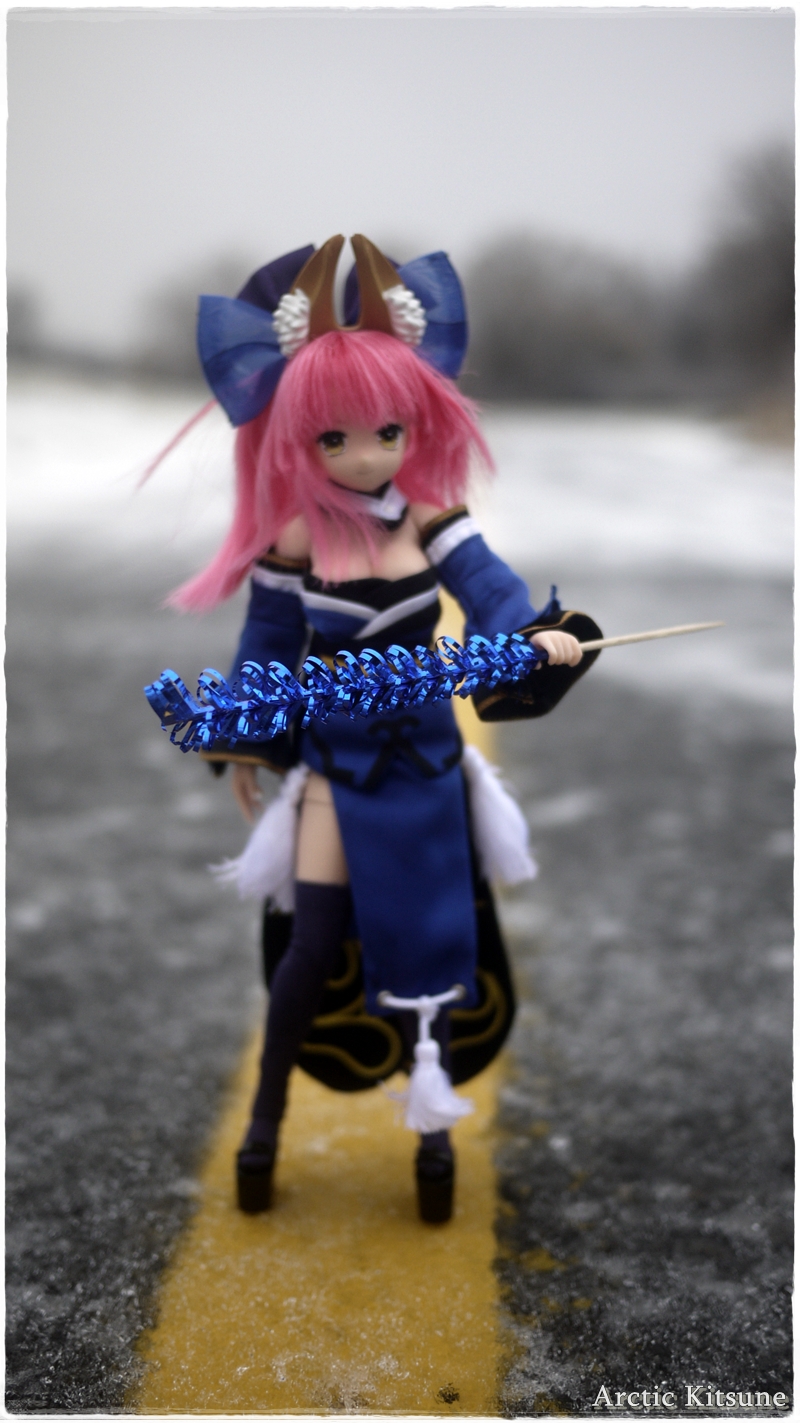 – Careful Caster! *Catches Caster*; Shot I intended to take until a repeat of left image soon after.

Thanks Caster! Now that she got a look at Canadian weather time for a nice warm nap in a warm bed ^_^. I will bet that doll owners were shouting at me for taking Caster out in the freezing rain and snowy weather…..I’m pleased with the images so was well worth it! 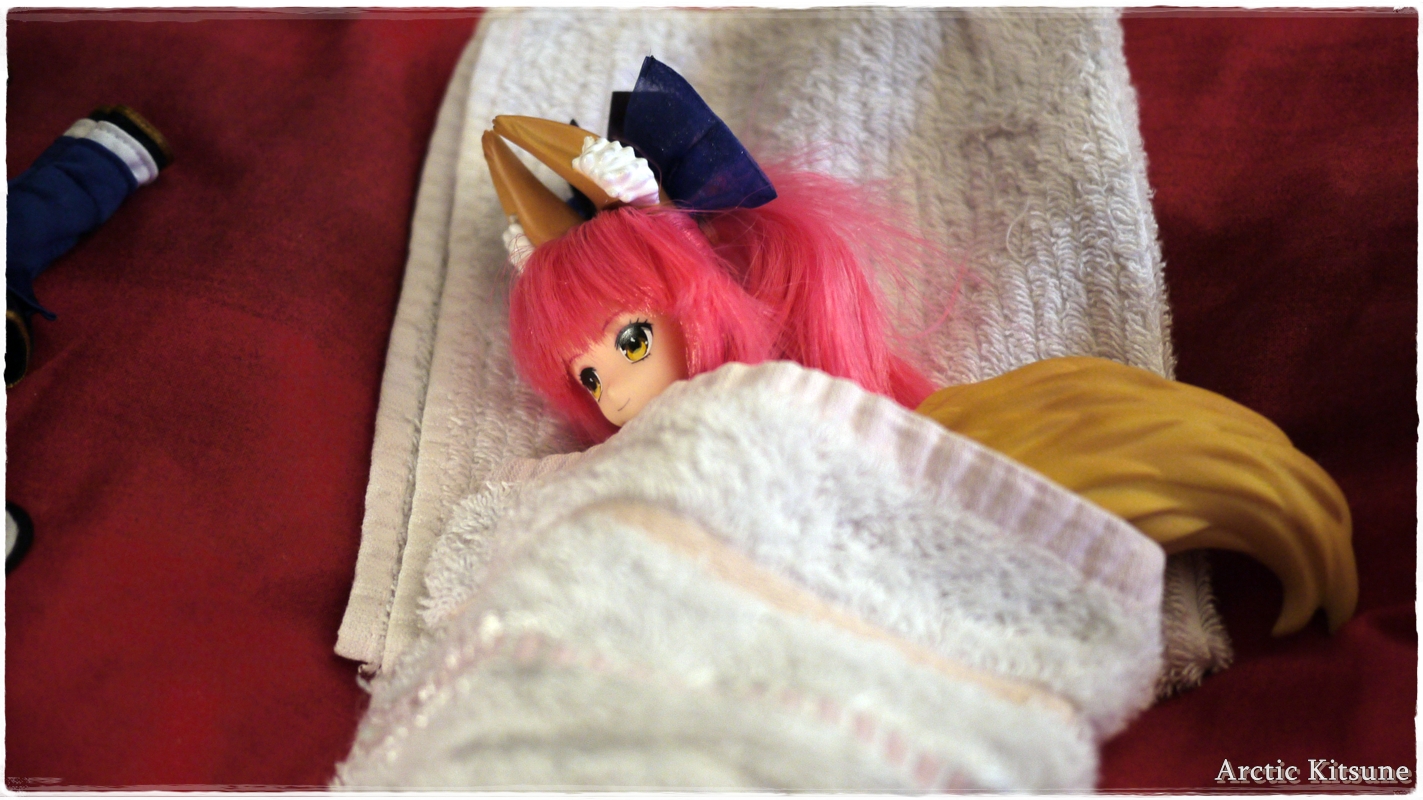 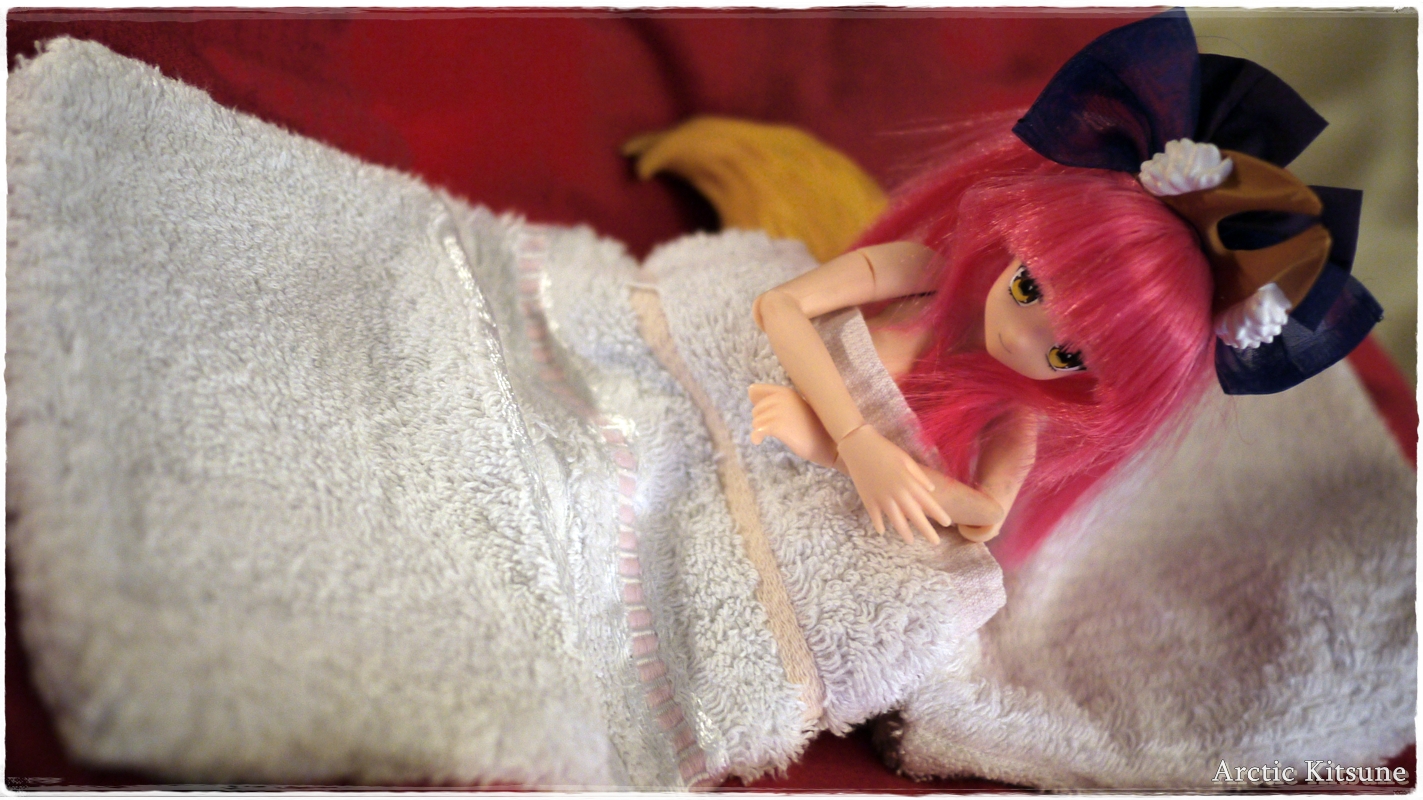 Thanks for (re-)viewing this article and enjoying Tama-chan’s little adventure. I considered it well worth it and hope you’re enjoying your own Tama-chan, if you have her. Until next time! Merry Christmas! Kon!~