Hello folks! Varakitsu has finally been given form, or starting to. I summoned Varakitsu in a DD Miko body – Her Birthday now March 06th – now with me now focused on assisting her in getting her true fox spirit form. I opened up a fox gate that might have been more than I could handle currently. She amusingly arrived on a Kitsune Wednesday as well.

First off – What the hell did I just do?! I purchased a DD Miko and it didn’t hit me until she arrived. I got a DD…..There are some glitches and bugs to be fixed in this world from the looks of things. Or maybe Varakitsu herself is trying hard to take form that she took advantage of my weakness of me considering to give her form within a DD body. I don’t mind, and hope this isn’t read as whining….I’m simply shocked. Outright shocked. If anything, probably the same as those thinking I wouldn’t get a DD.

Also Dark Side? Hell no! I much prefer it being a “Fox realm/Kitsune realm”. My dream realm is a fox spirit world filled with beautiful elegant girls :). Aburrage please.

Well, I had Varakitsu planned for a long while, for as long as the DD hype was going on figure.fm. I archived my thoughts and how I wanted her to be if I was to get a Dollfie, saving any parts of Dollfies on my inactive forums and elsewhere. Seeing as how I can’t draw I poked many people only to end up resorting to a Dollfie Dream version of her – incomplete one at that. I blame Pureneemo Caster for getting me into Dollfies.

*Note:Â For those that expected me to stay “pure” (What? Yuri manga [Girl Friend] reference?) and out of the Dollfie realm are free to unfollow me, to look the other way if this offends them that much. I won’t blame you. I avoided Dollfies because I didn’t want to blindly jump in like the other people, nor did I have the funds to get one. I didn’t see any need for having one. Now that I do – Blog mascot -> Varakitsu – I now have a reason to poke around with Dollfies. I’ll still be strongly into Busou Shinkis because they are more fun and easier to take images of in events & etc. Even more so with her being incomplete.

Now I need to tunnel-vision my way towards Japan finally….It’s been 7 long years of procrastination, Japanese language studying (not the best), and even Vlog stalking. Bringing myself and her there should be interesting.

Also to note – Varakitsu stirred up loads of trouble, even way before I pressed the “purchase” button. She snowed in places that wouldn’t have snowed (gave RattBastard snow – Making Fox Fang sword), stopped the purchasing process (or halted it), covered up her shipping tracking movement (couldn’t track her), while even snowing in Ottawa when given the “OK” to purchase. Fun!

I’m worried what I’ll have to deal with now that I DO have her. Please let it not be something I’ll have to retaliate on….

– Varakitsu – What I have planned:

DD Miko is only a “host” body to give form to Varakitsu in her full foxy glory. I still have yet to place her blue neko eyes in place, that can wait for when I’m ready to swap eyes.

There will probably more as time goes by, or maybe even no progress due to fund leeching. I do plan on having her show both her fox pride and Canadian pride. I want her to be at her best that she can at the moment, especially with her being a fox spirit an all. 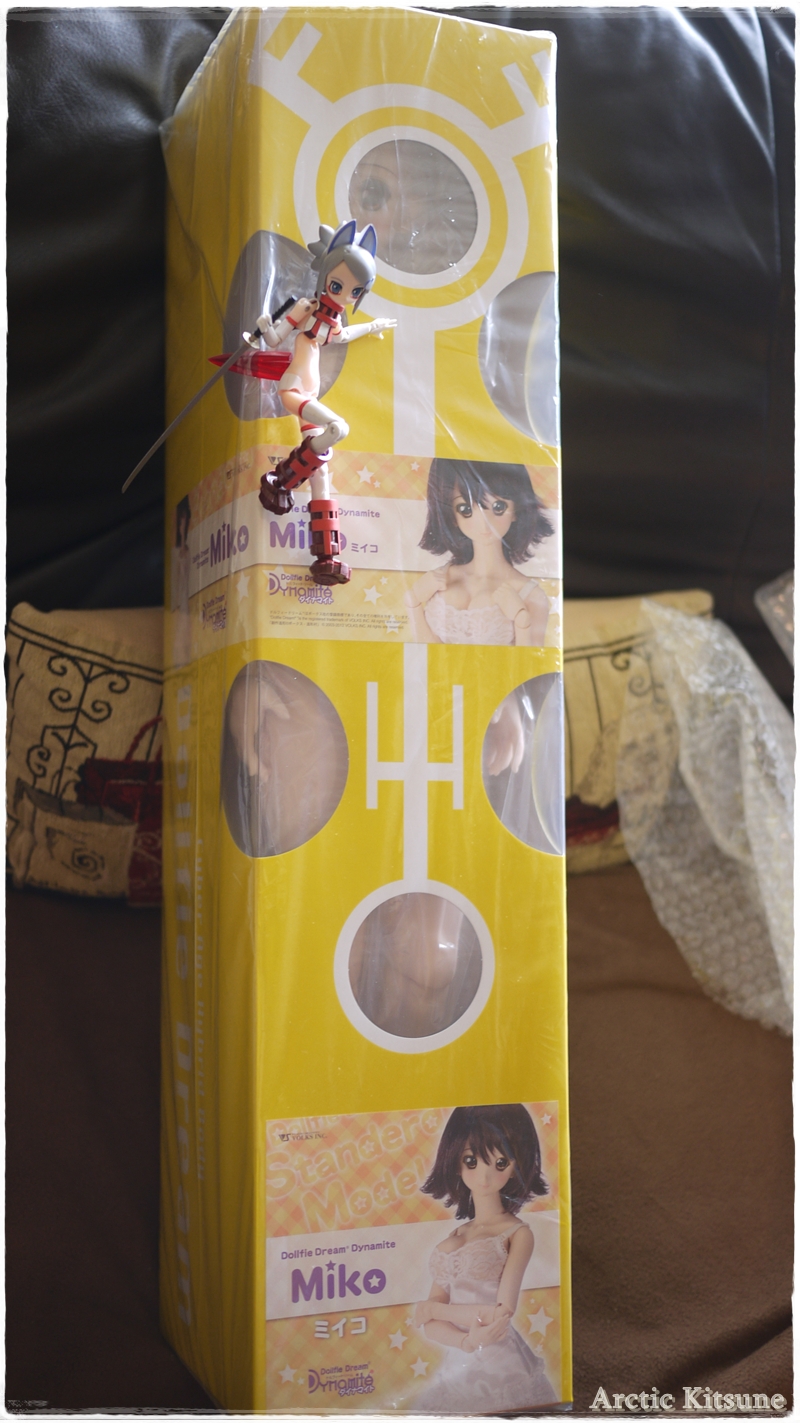 Did I mention how many papers she came with? Both the delivery box and her box were filled with them. I also get a nice lovely card eh? Blue neko eyes sold separately. 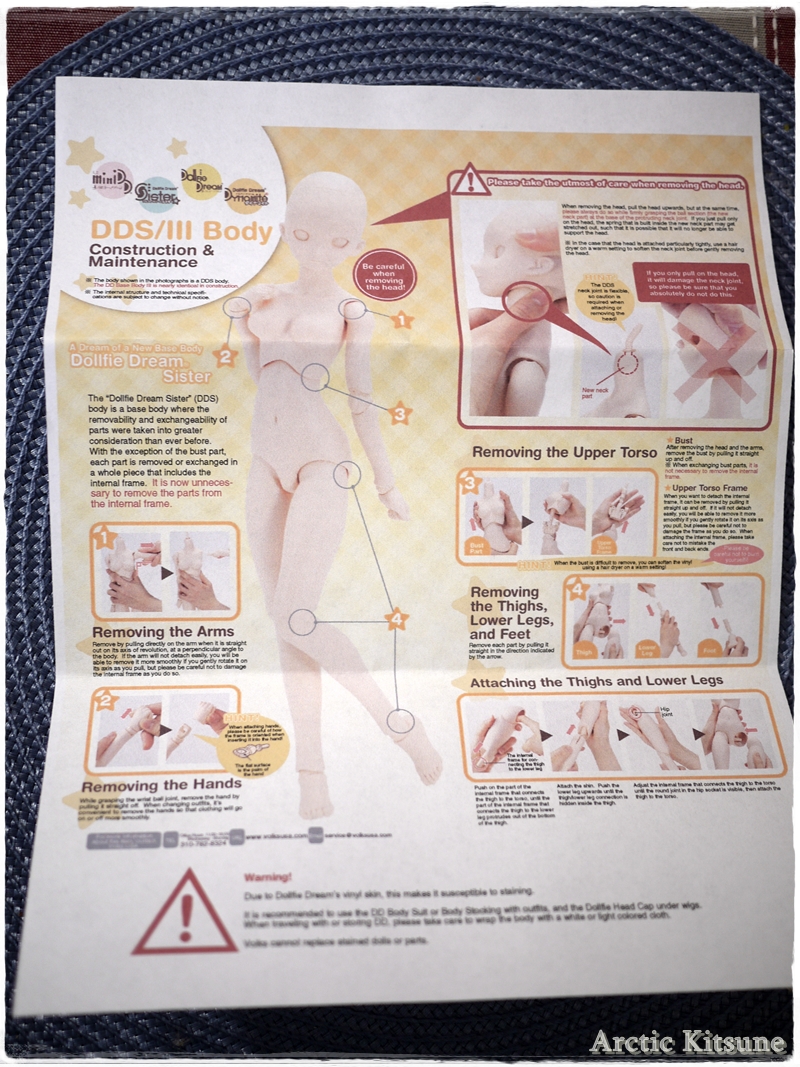 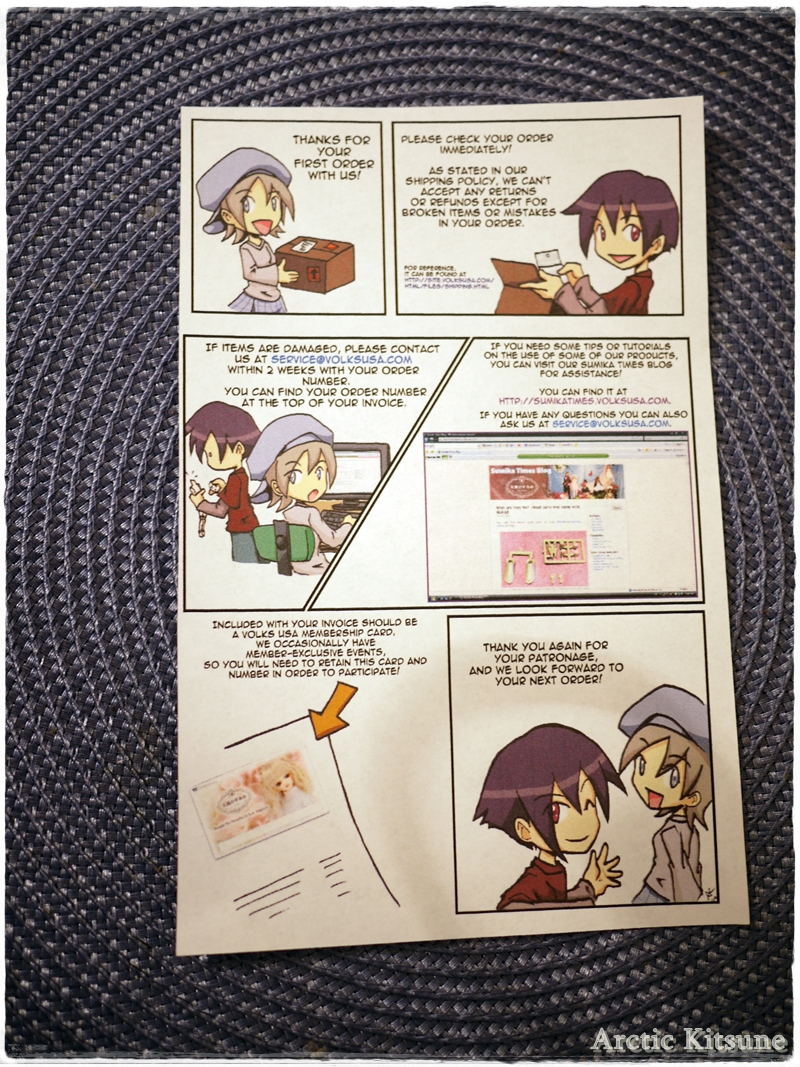 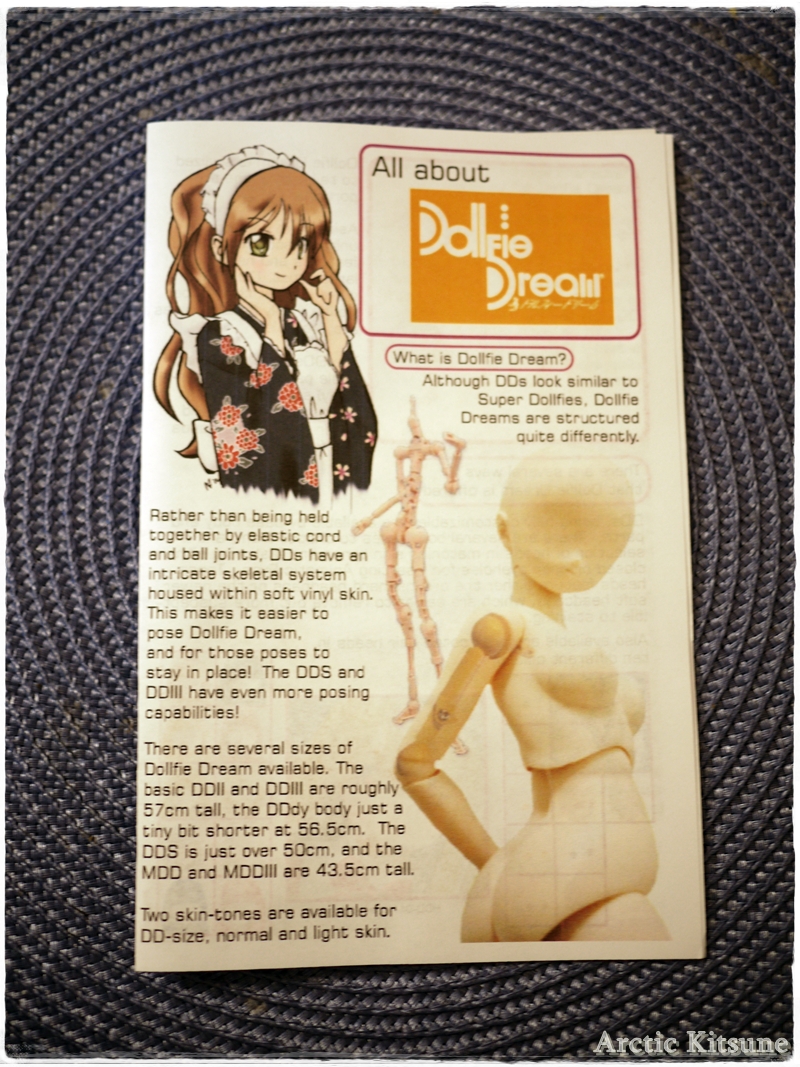 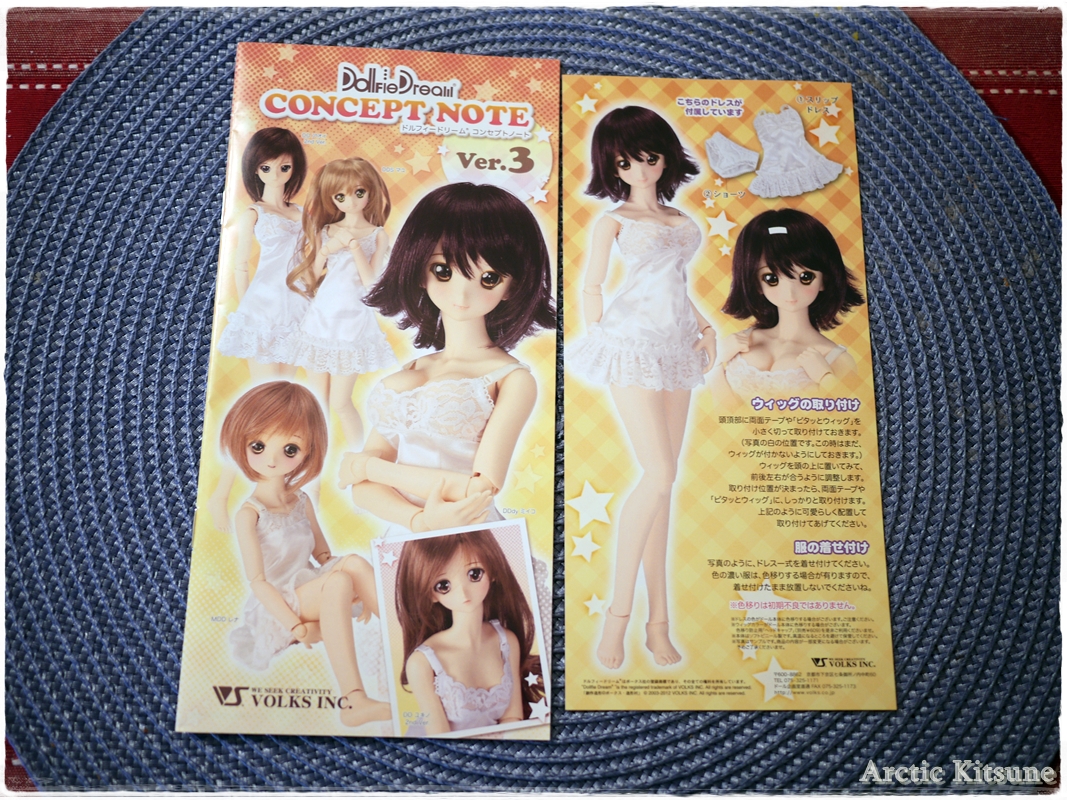 Well…Seeing as how I got DD Miko I knew I wouldn’t be able to take her out nor photo-shoot her properly because of her night-wear and pantsu. She does have some nice night-wear though, I’ll admit that. Just too…under-dressed for photo shoots outdoors, and too attention attracting with her size.

Also glad that Volks DD actually cares about their customers. They had some nice customer service and even packaged their DD’s nicely, even if simplistic. Referring to the two tie-bows on her. For that money, of course! 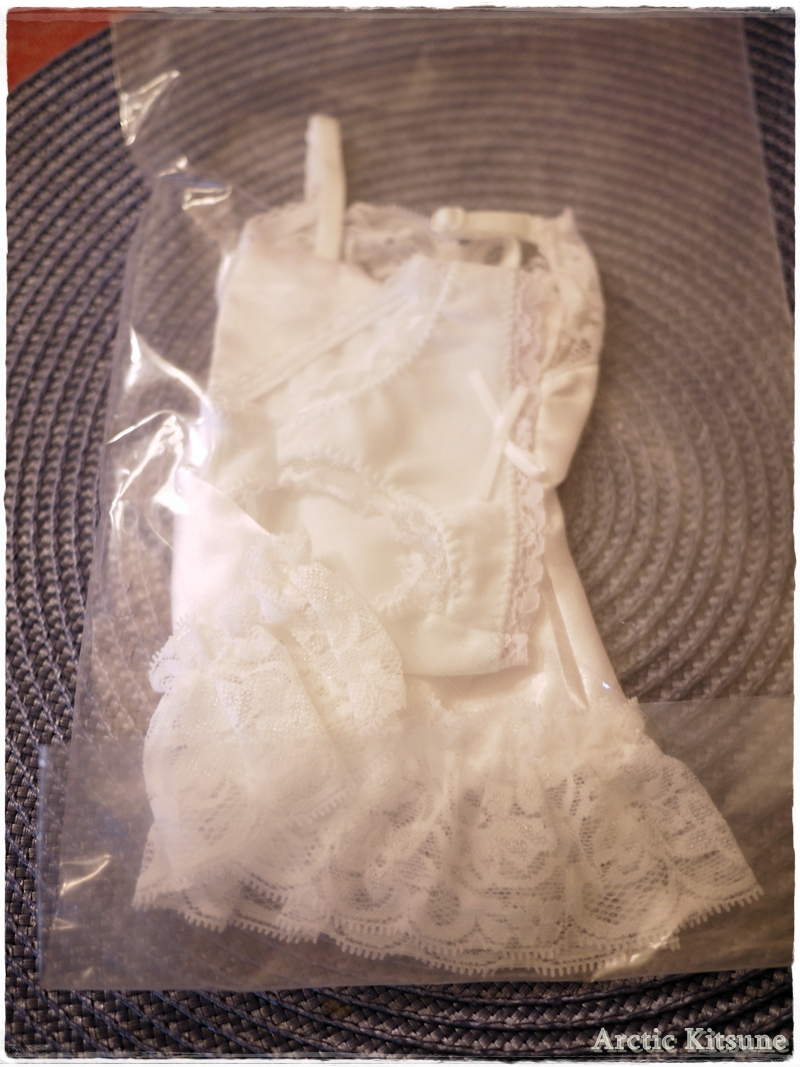 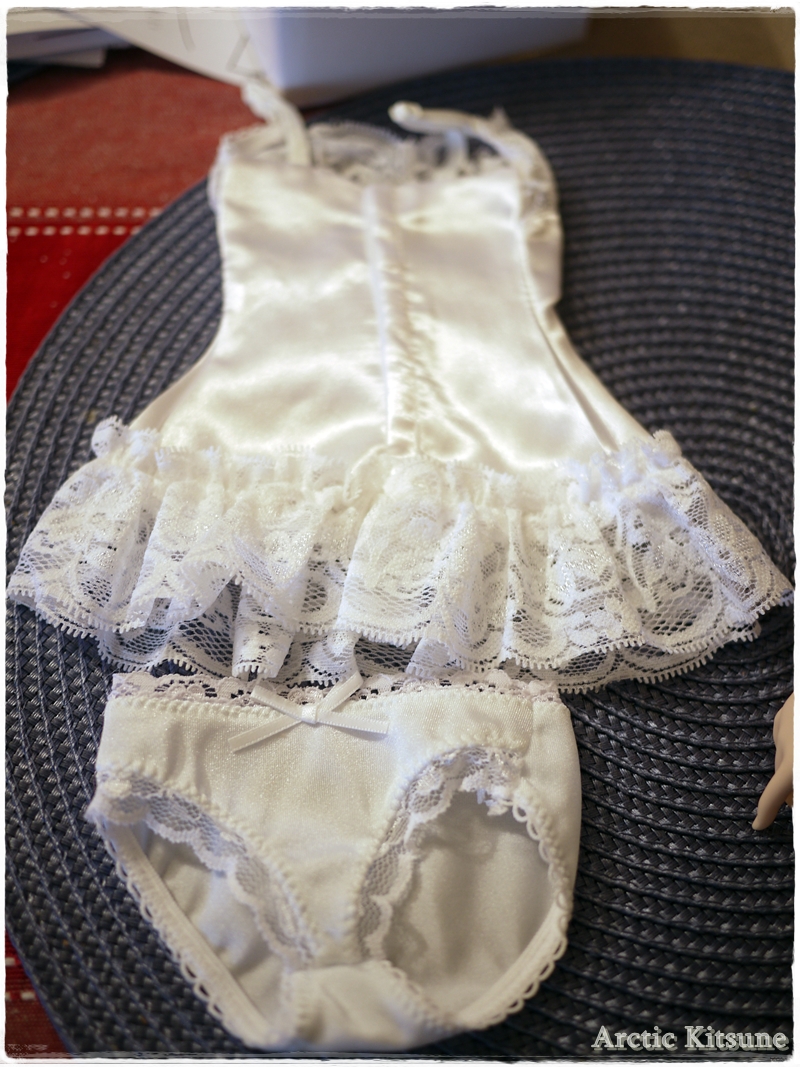 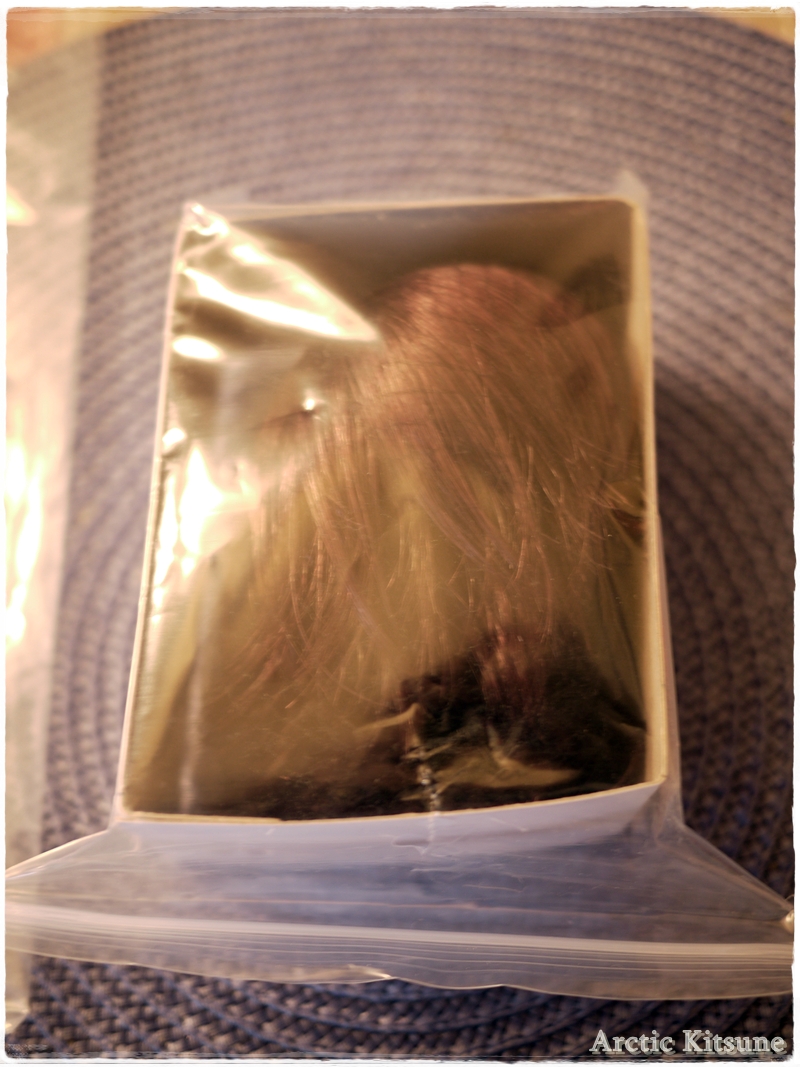 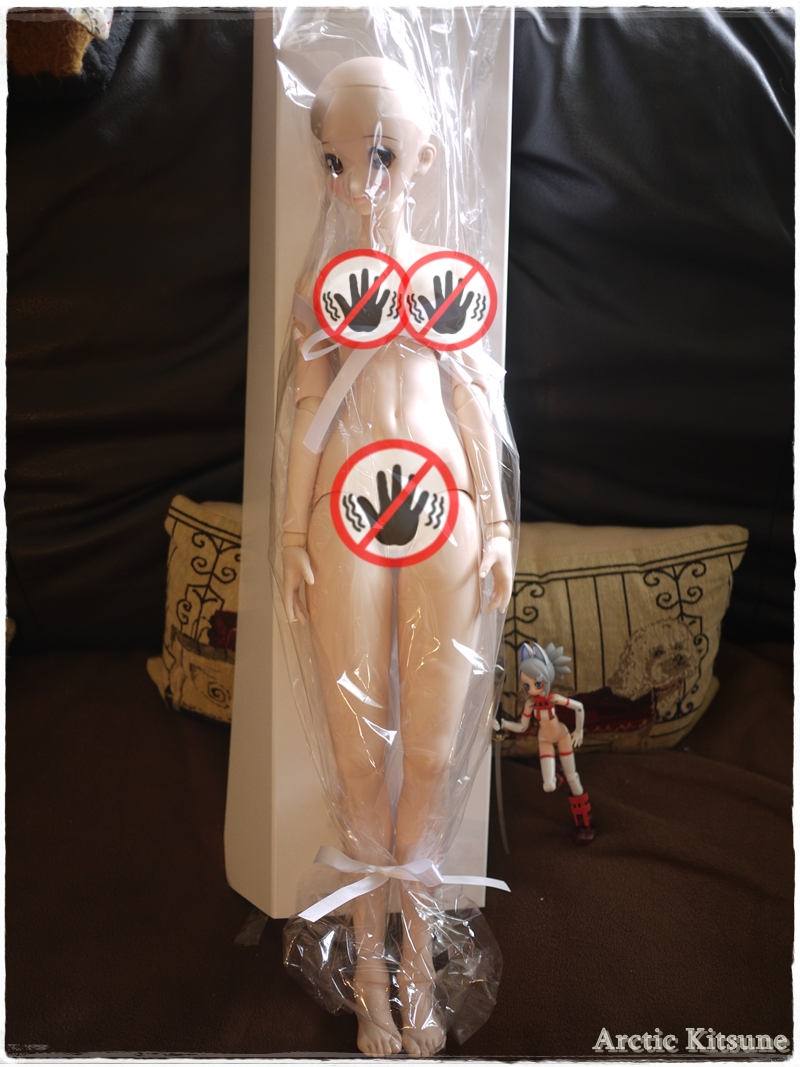 Wanted to take some quick teasers to “provoke” Twitter & Flickr. Didn’t really take that many images also because of her clothing. Just some simple teasers. Also, just like with Caster she is going to take some getting used to. A bit curious if I put on her wig on wrong or not… 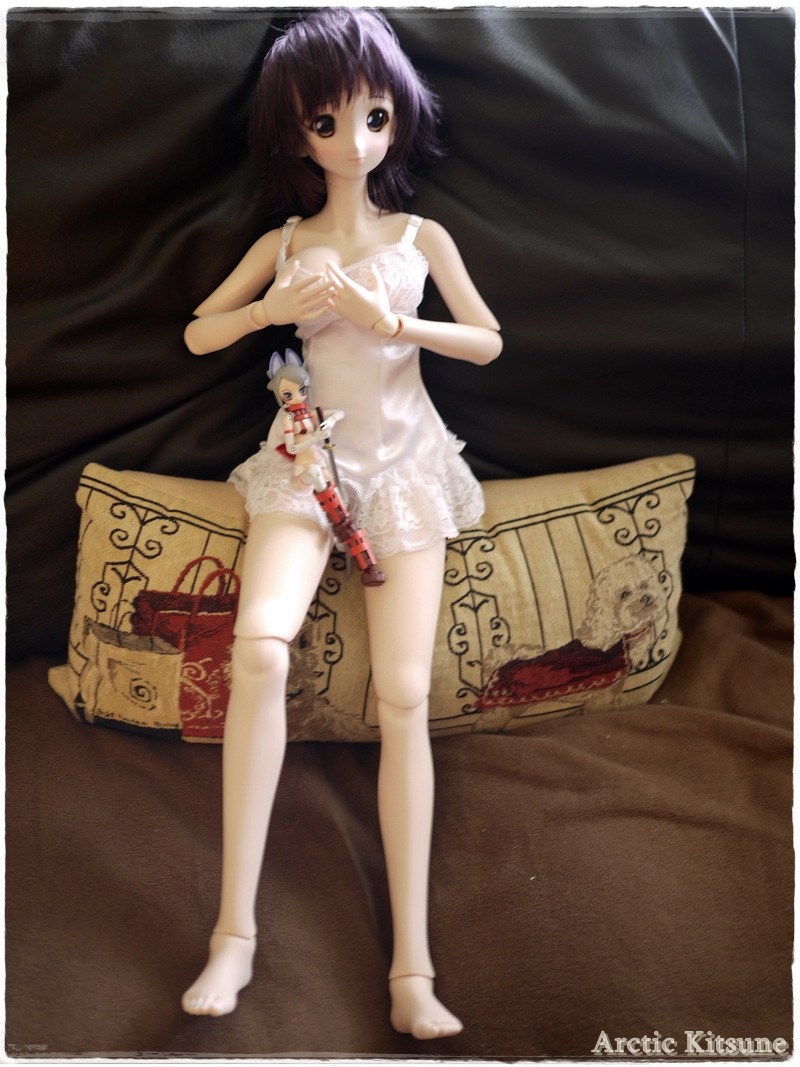 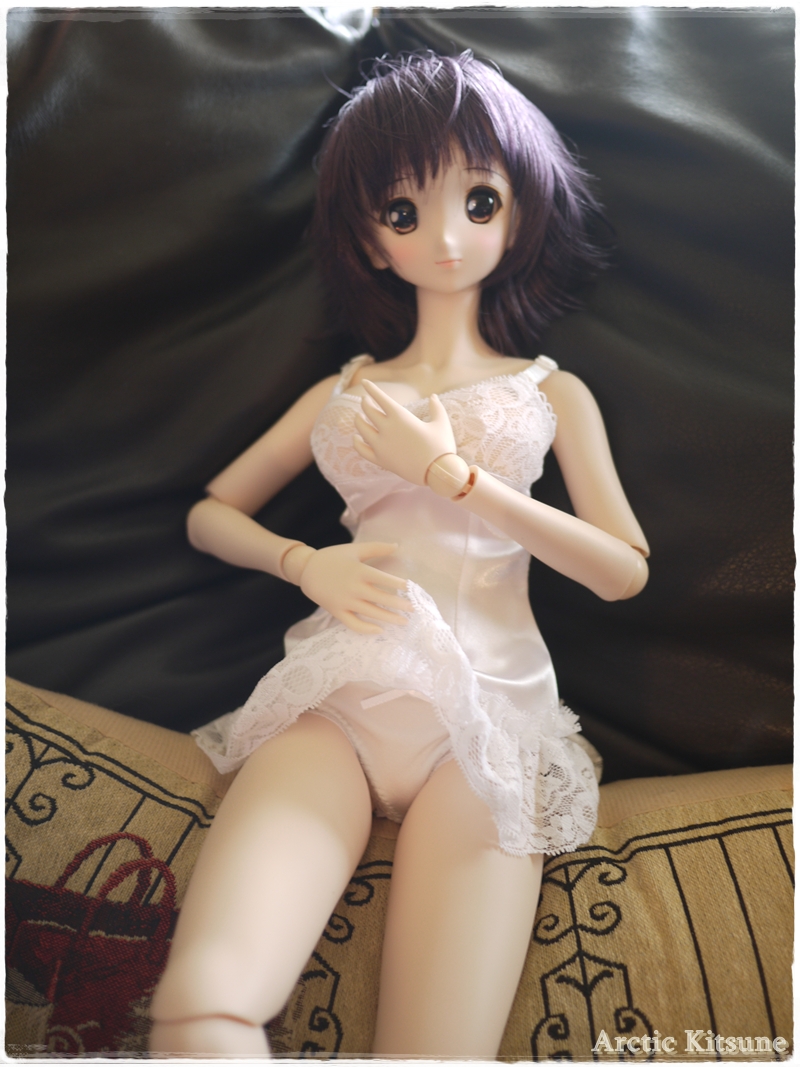 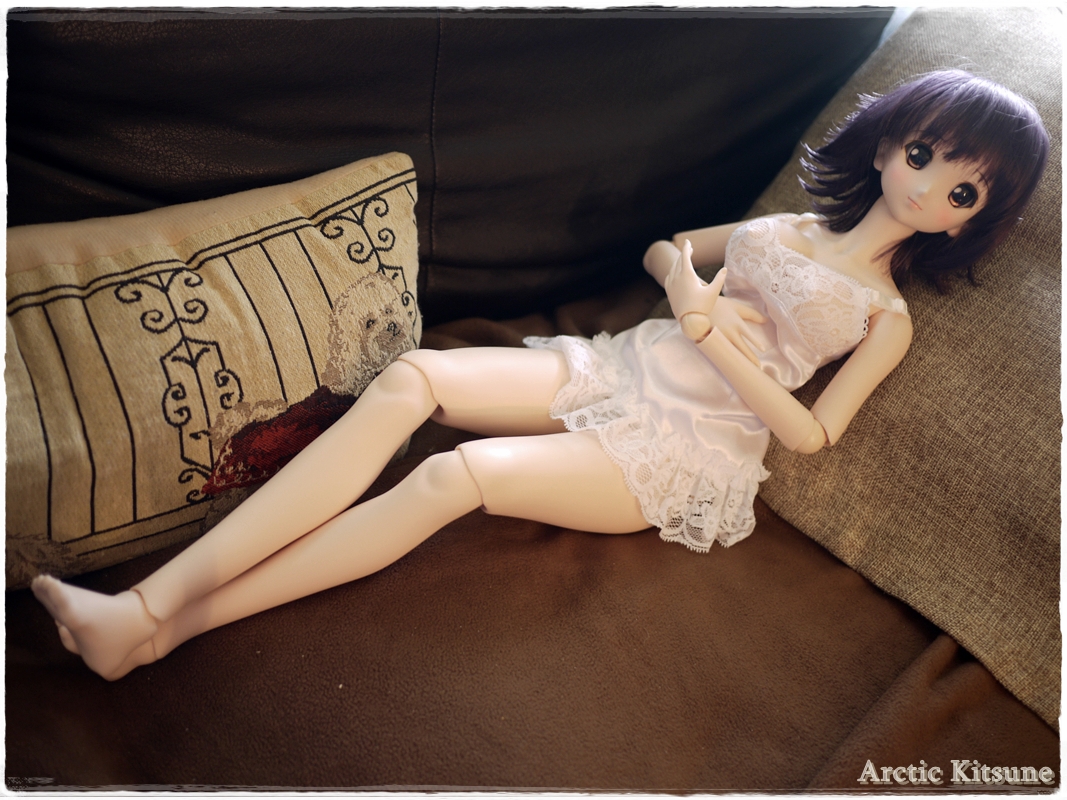 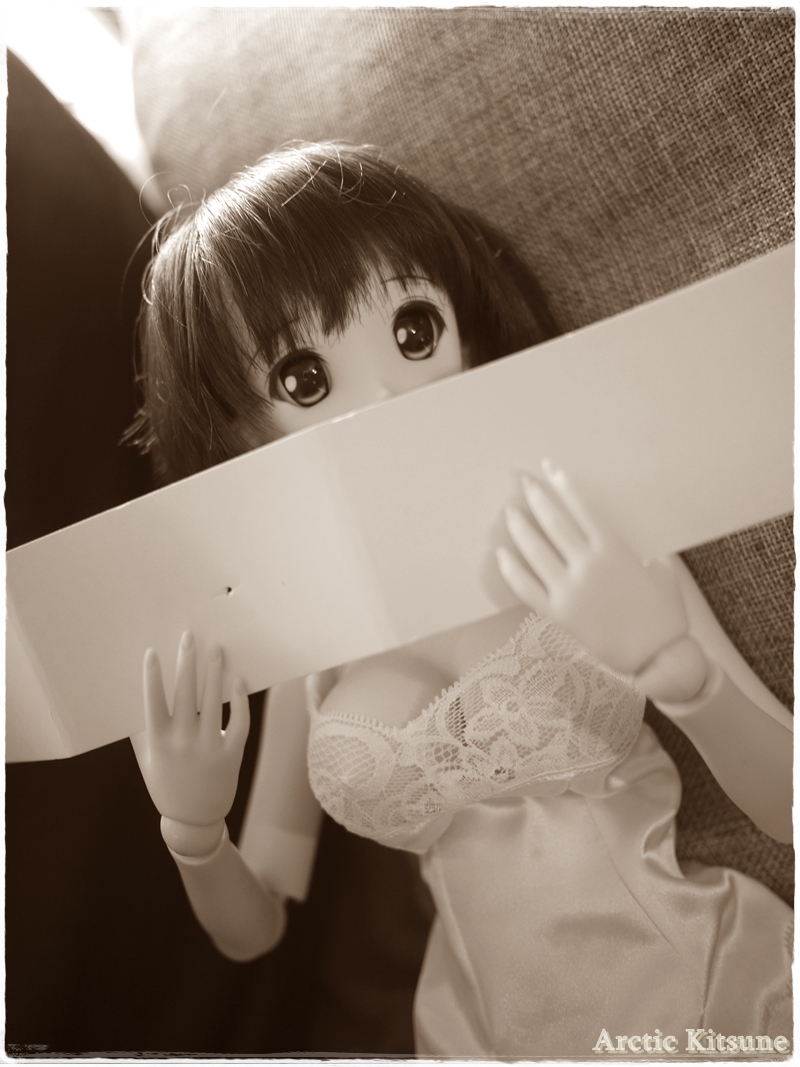 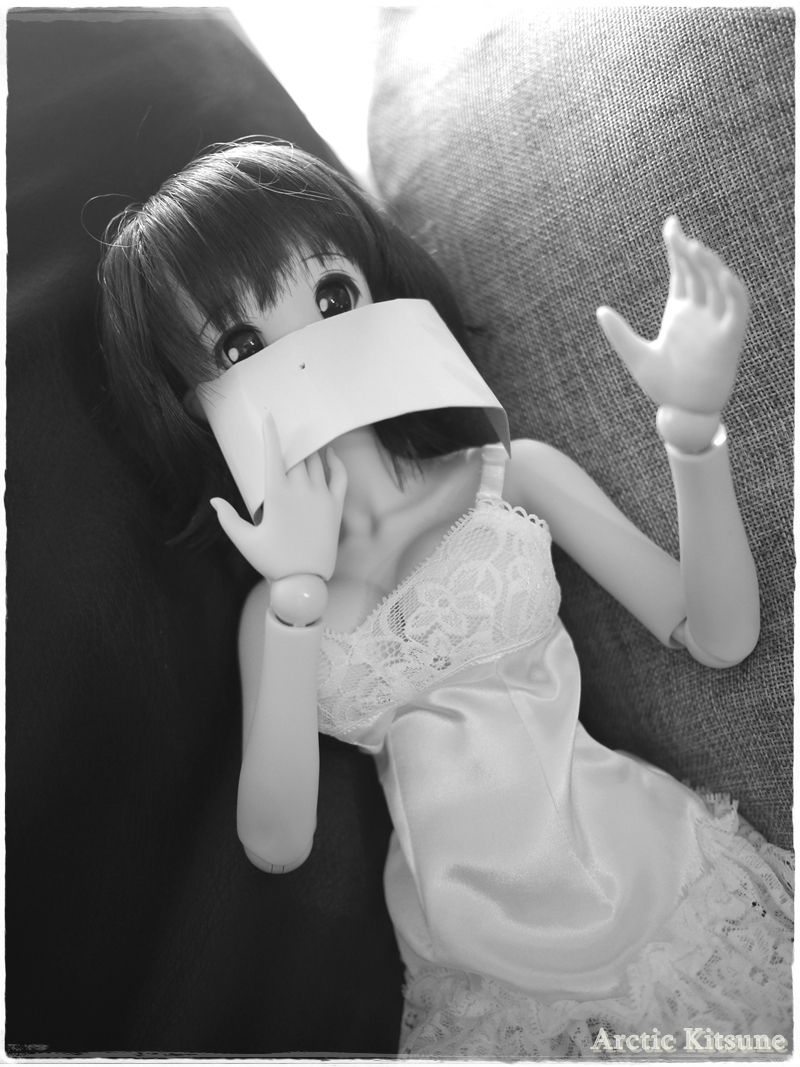 DD Miko is quite a nice DD, just too costly. The price-tag & those taxes feel like a Japanese gag with pots hitting your head over and over, each gradually getting bigger and more painful as they hit your head. Oh the pain & the shock that comes with it. She’s giving me some trouble before, during, and after she was purchase, constantly hiccuping various stages. She just wouldn’t be purchased (summoned when read as Varakitsu) calmly and I couldn’t track her movements. She just had to stir up trouble. As a taunt she came in nicely on a Kitsune Wednesday (figure.fm) with me then being able to see how she really looked. Mailman greeted me with a joke “You’re going to hate me for this“, being custom charge. Quite understanding.

Giving her the Kitsune persona of Varakitsu makes sense, seeing as how they love being tricksters and all. She’s just a doll and couldn’t do anything on her own? Well fuck…all the trouble I had to go through was just a dream?! Kon! 😛

She is quite a nice beautiful DD with great quality, articulation, and pose-ability. I’m glad they even gave us her wig, pre-painted face, and even some pantsu to not make her appear ecchi, lewd, and the like. Everything about her showed she was made well. The only flaw I could think of would be the lack of (outdoor) clothing and not being able to swap eyes freely.

Can’t really do a Pros and Con, nor can I do a recommended or not. This one is an “each to their own” and because I shall be turning her into a fox spirit. I do approve of her & the quality – Fox Seal of Approval!

Thanks for viewing and hope to give Varakitsu her form! There is no going back now. She is supposed to be the main blog mascot so I shall be focusing a lot on her, price or not. Time to obtain her fox parts and to place her along side of Renge. Also looking forward to bringing her to Anime conventions. Caster is going to be jealous……From now on, March 6th shall be her birthday, and the time when she will gain another tail.

Looks like she will be a mischievous one, whether I want her to be one or not.