(All images taken with a Lumix GF-1 – Pancake Lens.)

The first Ottawa Doll show taking place in Ottawa’s Ernst Young Center, easily accessed by three buses. Met up with the group a tiny bit late, maybe by an hour or so, because I missed one of the buses I was taking 20 or 30 minutes earlier. Regardless, we met up and I went to check out the Doll Show to see if it was as I thought (North American), or if it had a touch of Japan somewhere. It was mostly vintage North American and European dolls for the North American crowd. The Anime ones being displayed right outside the “C” room’s door. 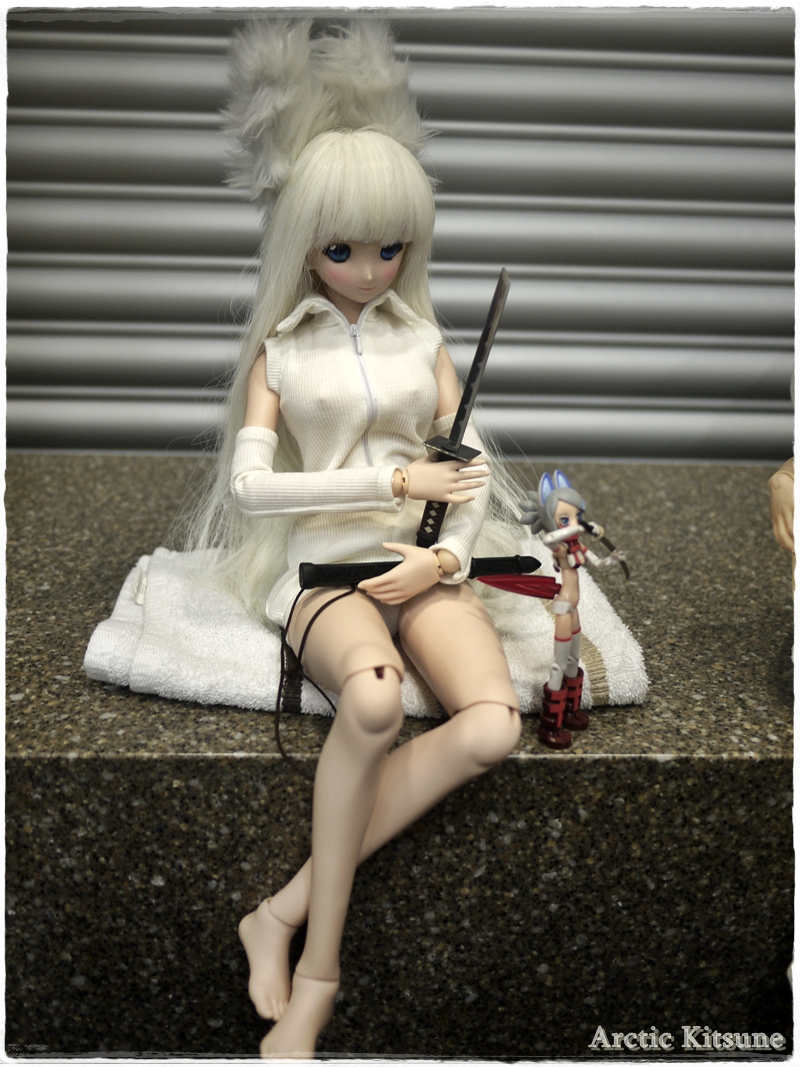 I missed my postal delivery so I couldn’t give Varakitsu her shoes, nor her stockings. Left in such a rush that I just didn’t bother to even put on her stockings because I thought nobody would bring her, taking her at the very last moment. Even forgot her comb. Pants? Bra? Incoming! Patience, we both need such. 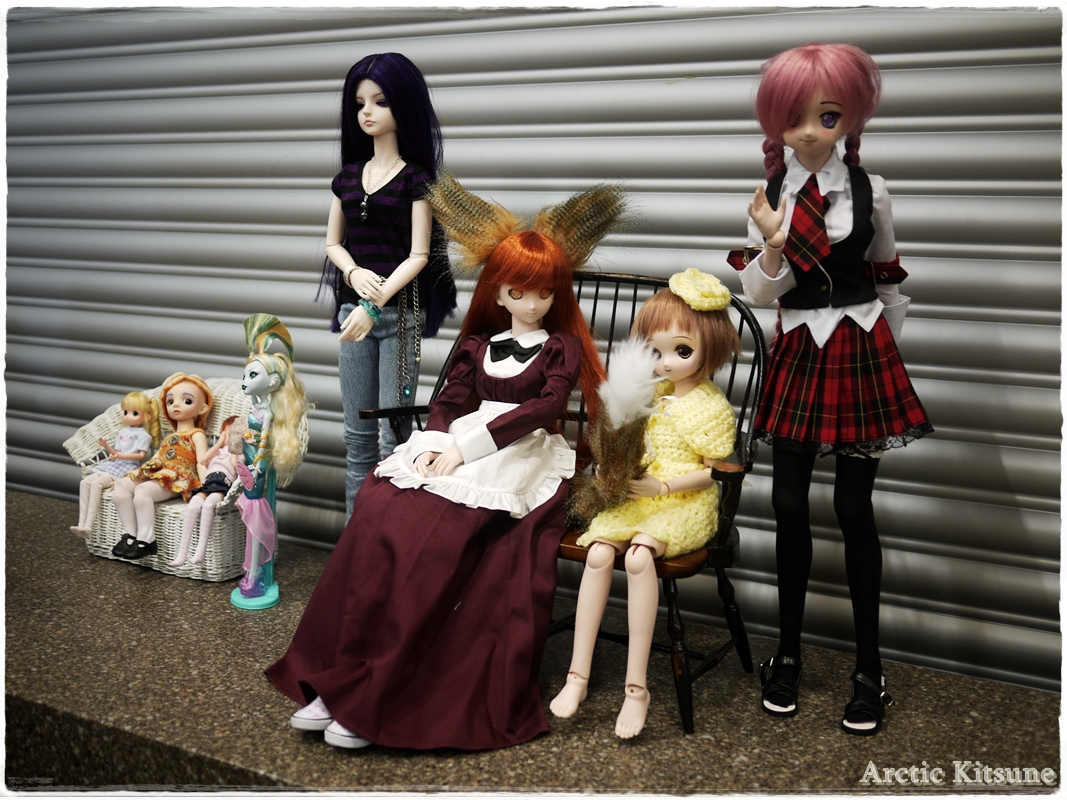 As mentioned, mostly of the vintage North American and European type. Would be nice if other types of doll vendors were to participate, something from China, Korea, and Japan for example. I’d even expect Slavic or Russian type dolls to make their way there, if a strong tug for such happened. 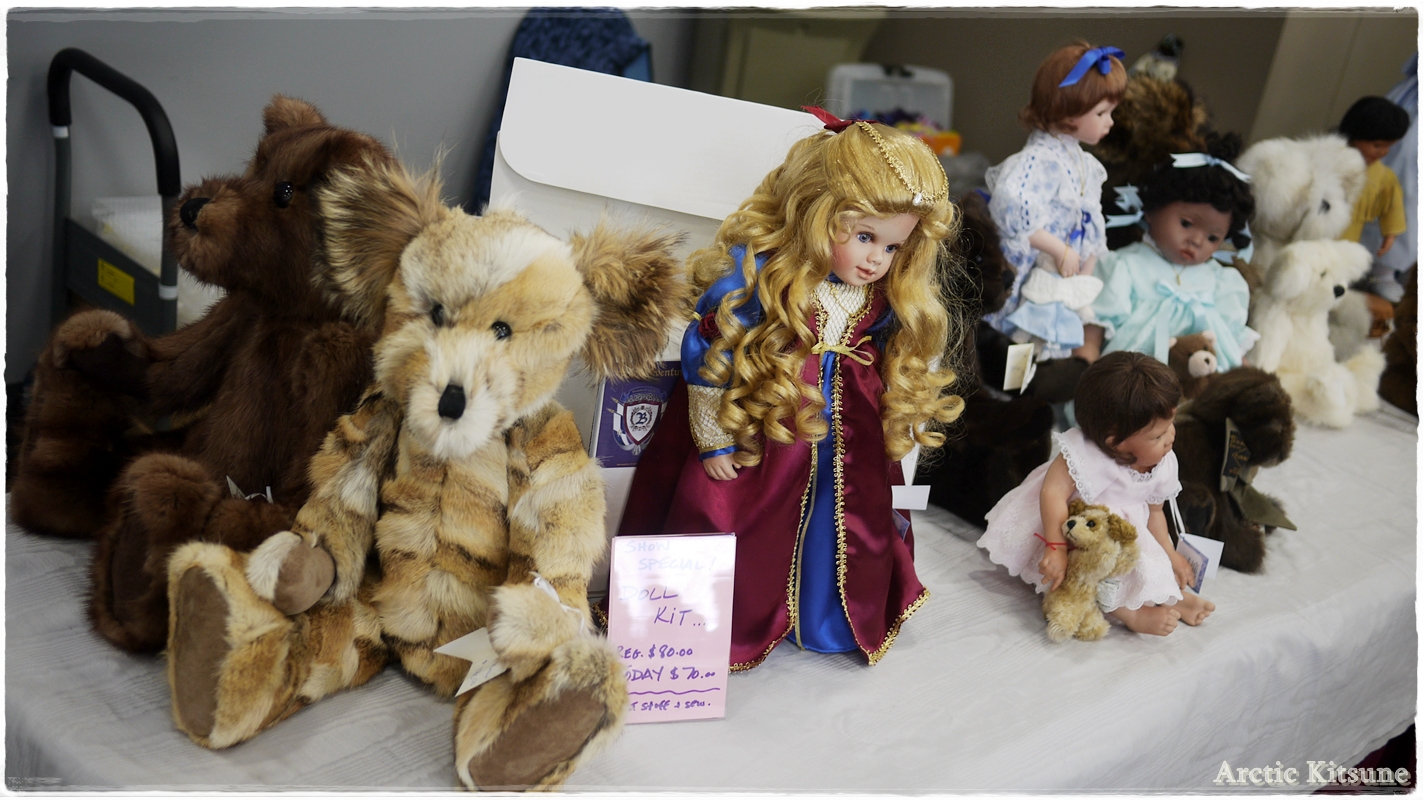 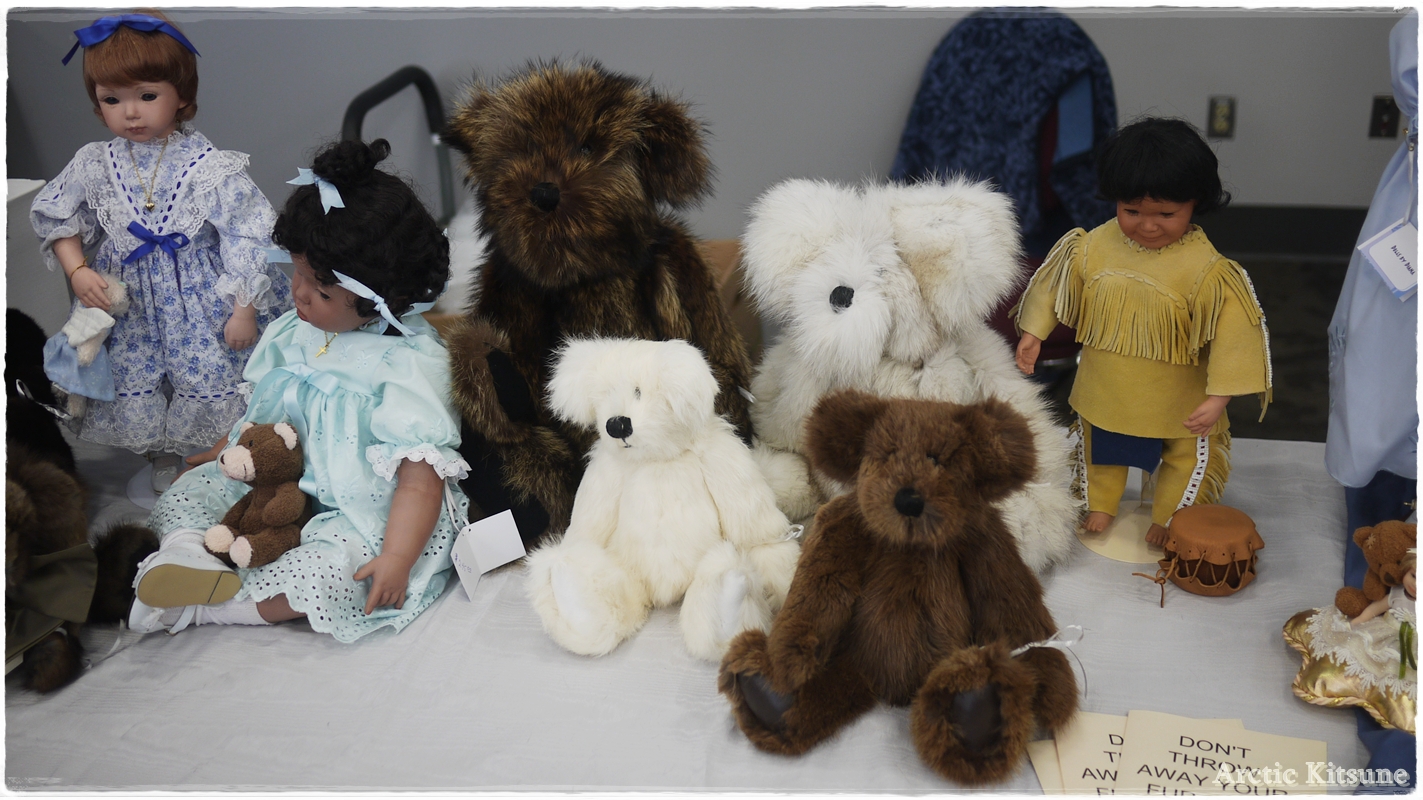 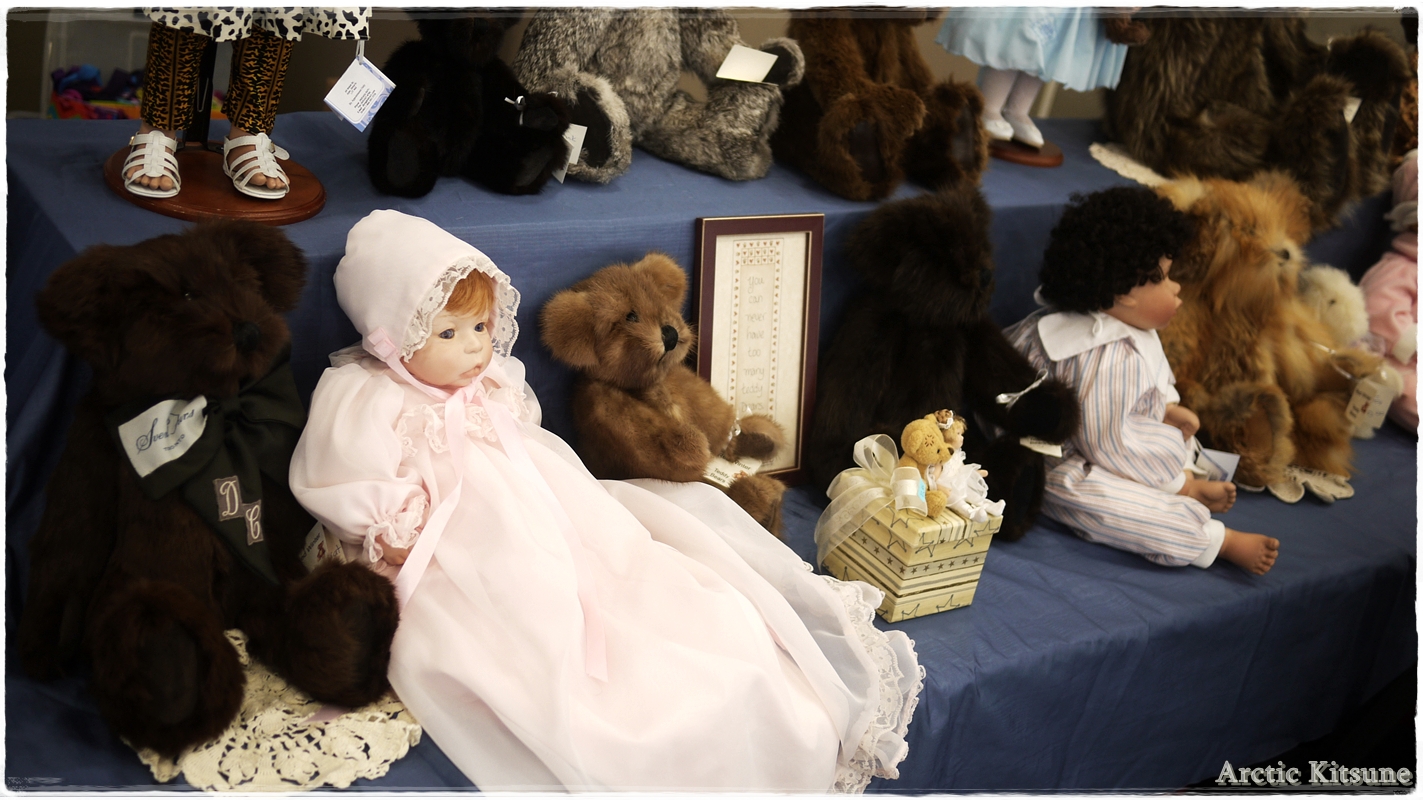 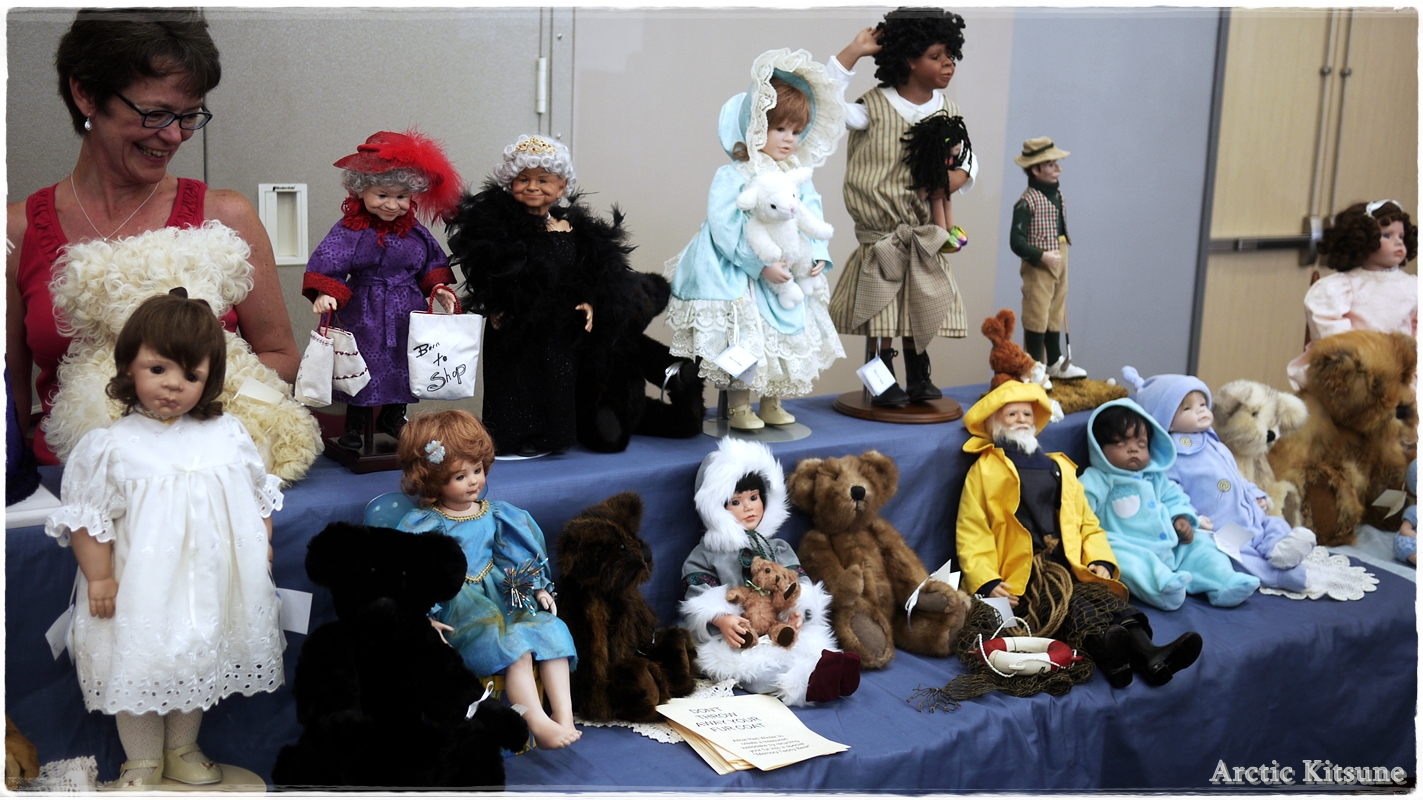 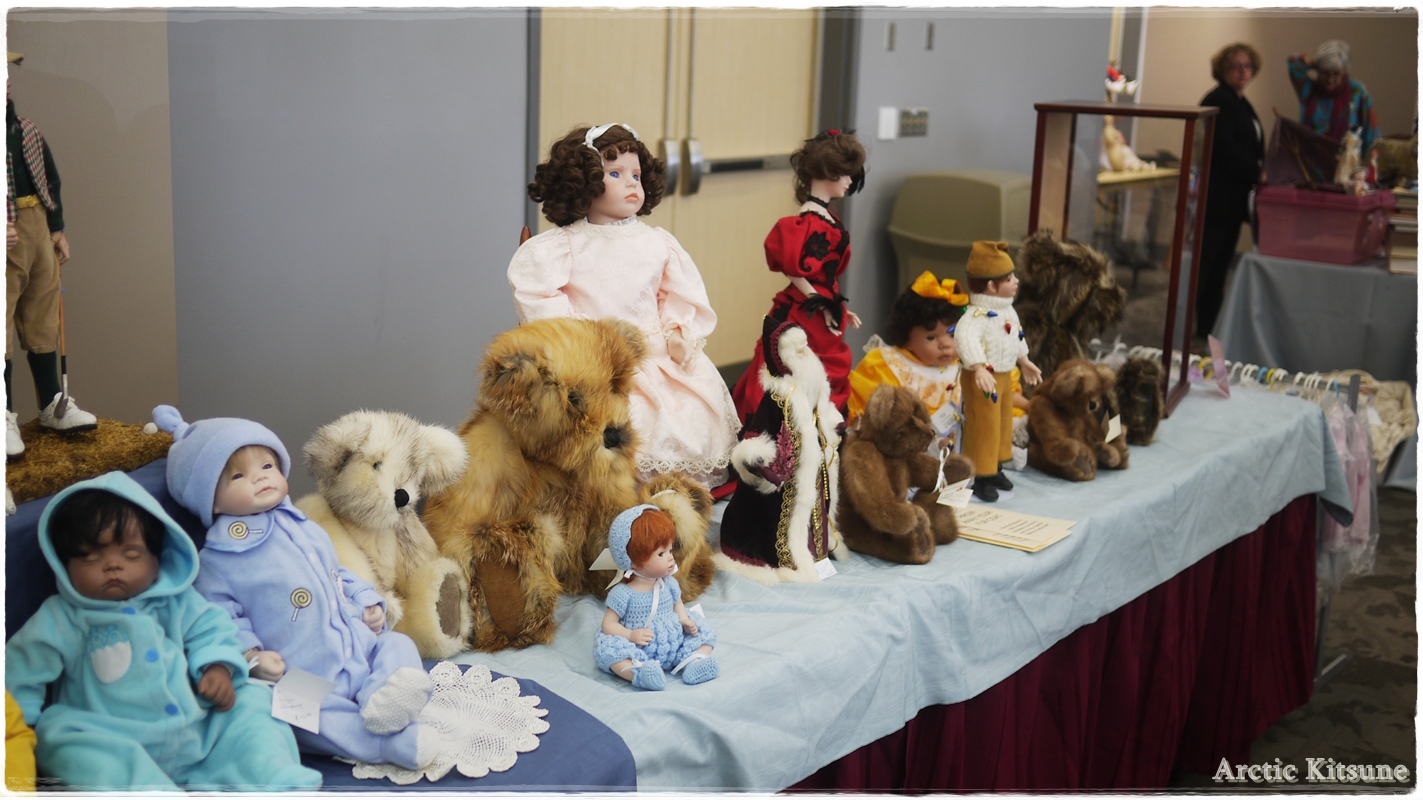 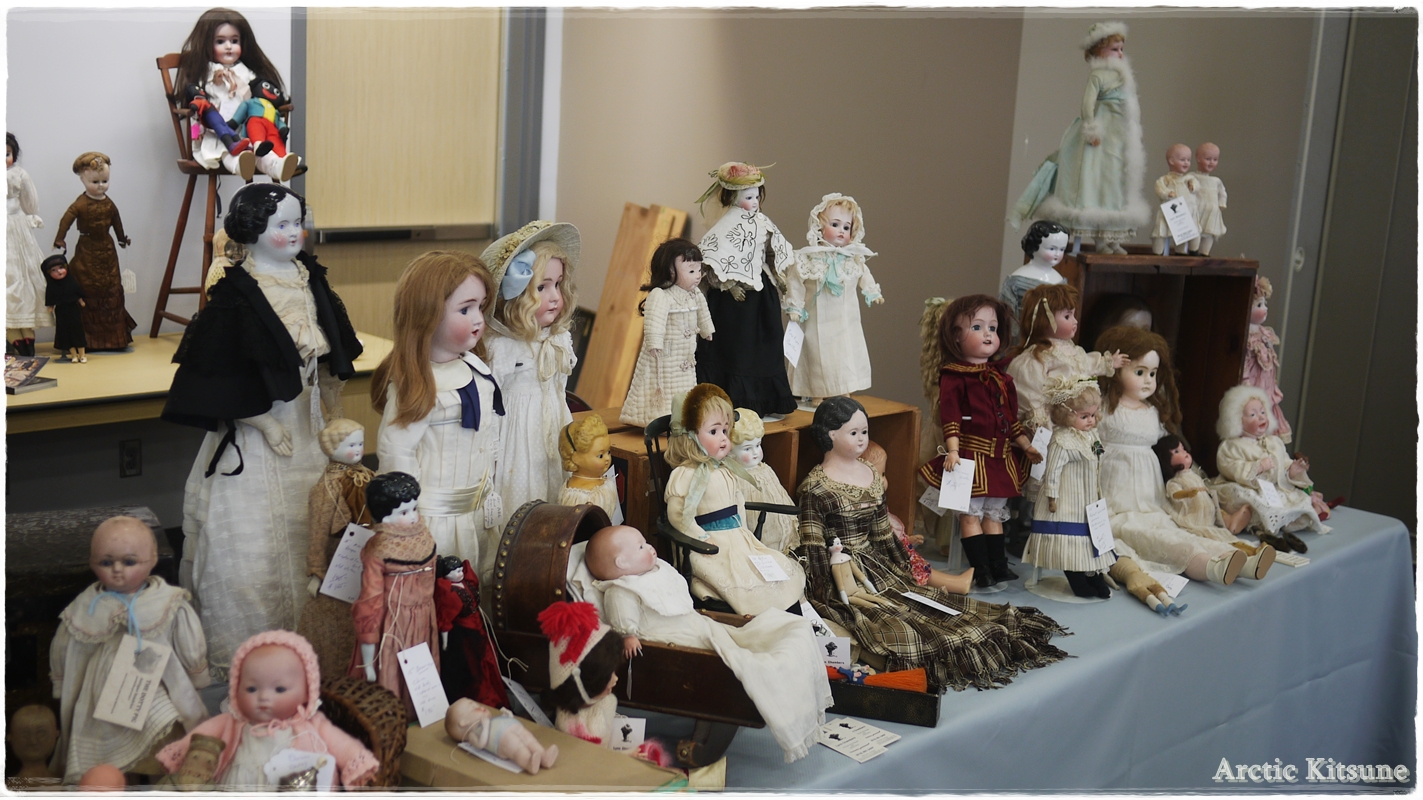 A European-styled rug, a red pillow for Renge & Kohiru, an antique folding fan for Renge, and a baguette. I had to get the bagette for Kohiru and because of Ikoku Meiro no Croisee. 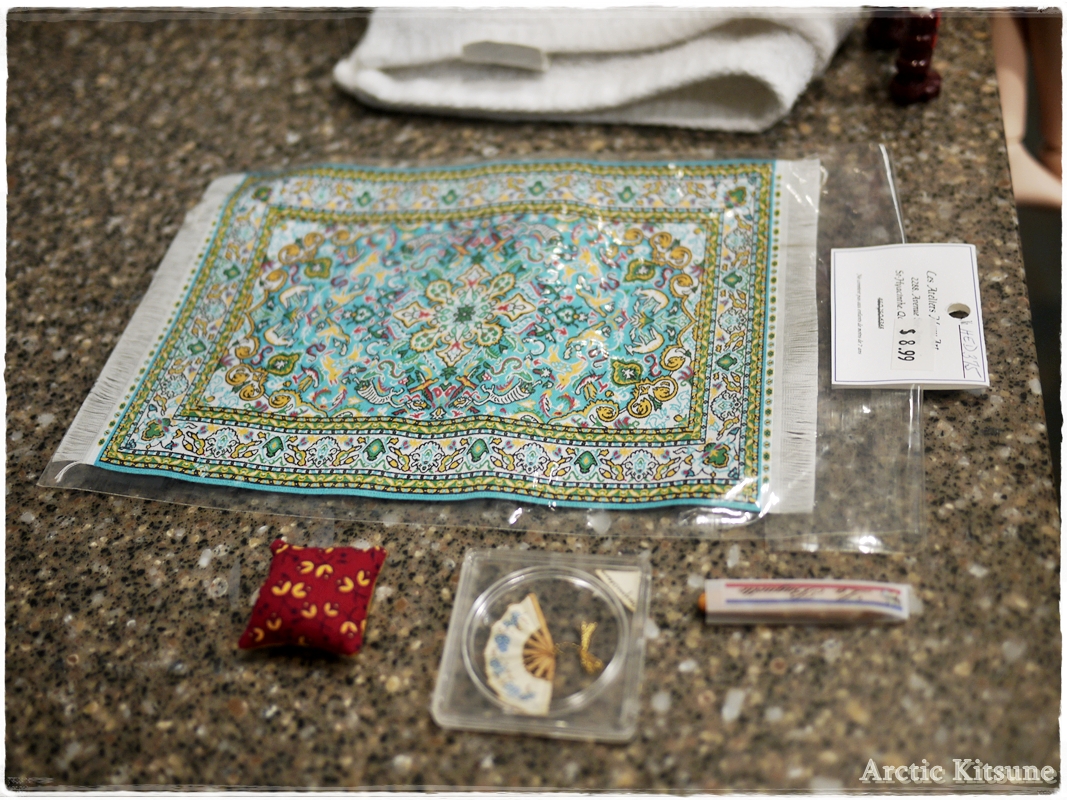 Noticed Salica, Carman and one other had left while I was scouting out the Doll Show. Was hoping to get more images and to over-hear their conversation. Also didn’t have much to say because I didn’t know what to say, seeing them as their own little bubble being a tiny bit hard to enter into. They had their own inside jokes with me not being all to familiar. Me being an introvert didn’t help. 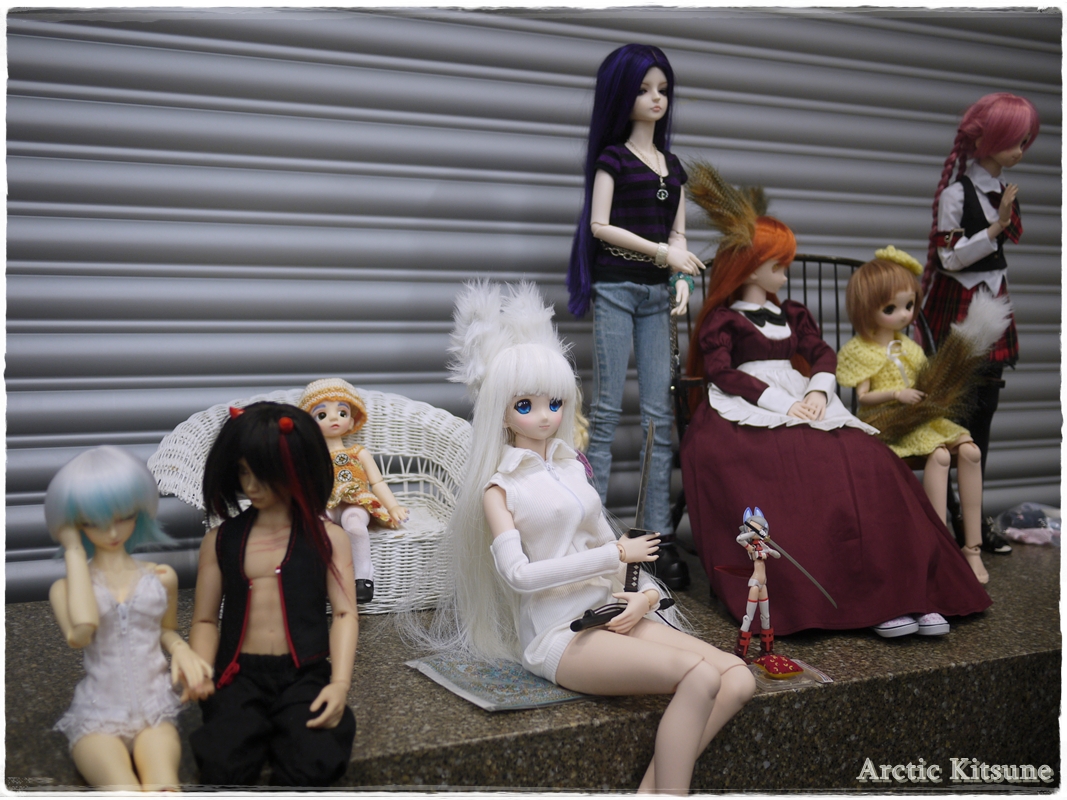 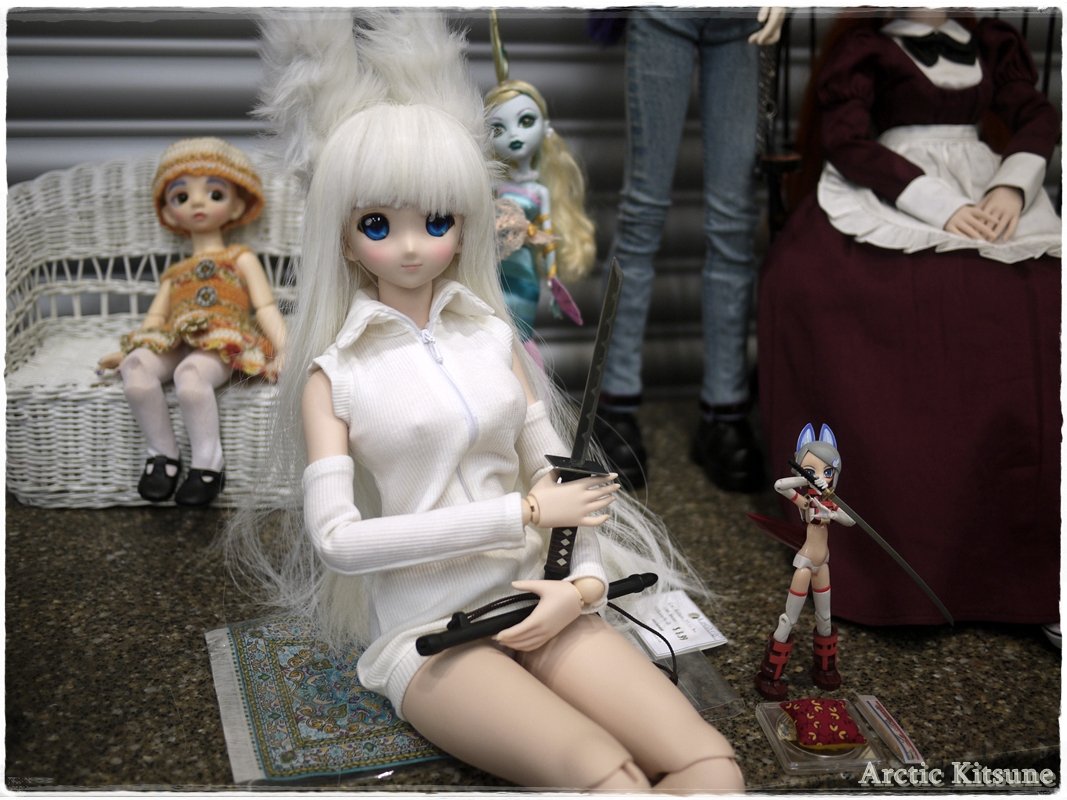 Felt Varakitsu needed some sort of action pose, something to allow her to be more “photogenic”. I tried to remember a sword pose I always saw, trying to mimic it here for her to look more visuallyÂ appealingÂ  Not sure if it worked, but her pantsu did peak. Just like what other people have said, or probably thinking, she needs pants! Waiting for her order(s) to arrive.

Balldylox’s Hooters clothing was a quick hot topic, Kodama saying what I thought days before exactly word-for-word. Being? An awesome idea and that he should take the Dollfies to Hooters with the custom made outfits. Do it! 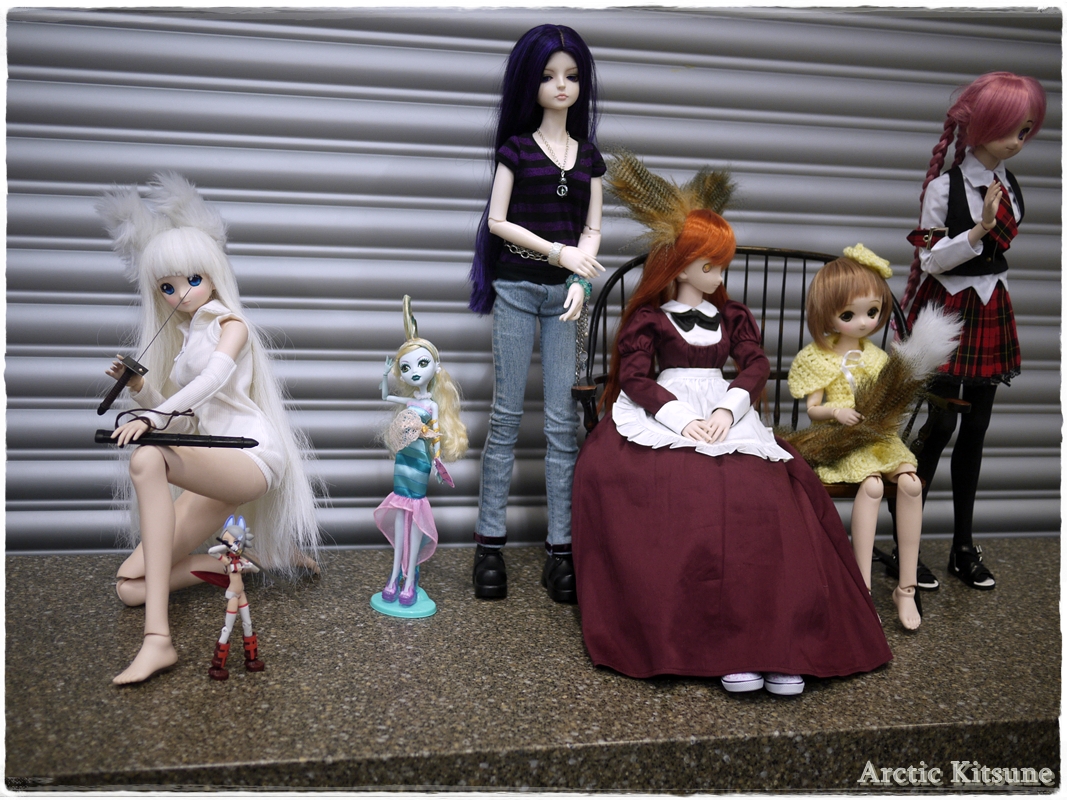 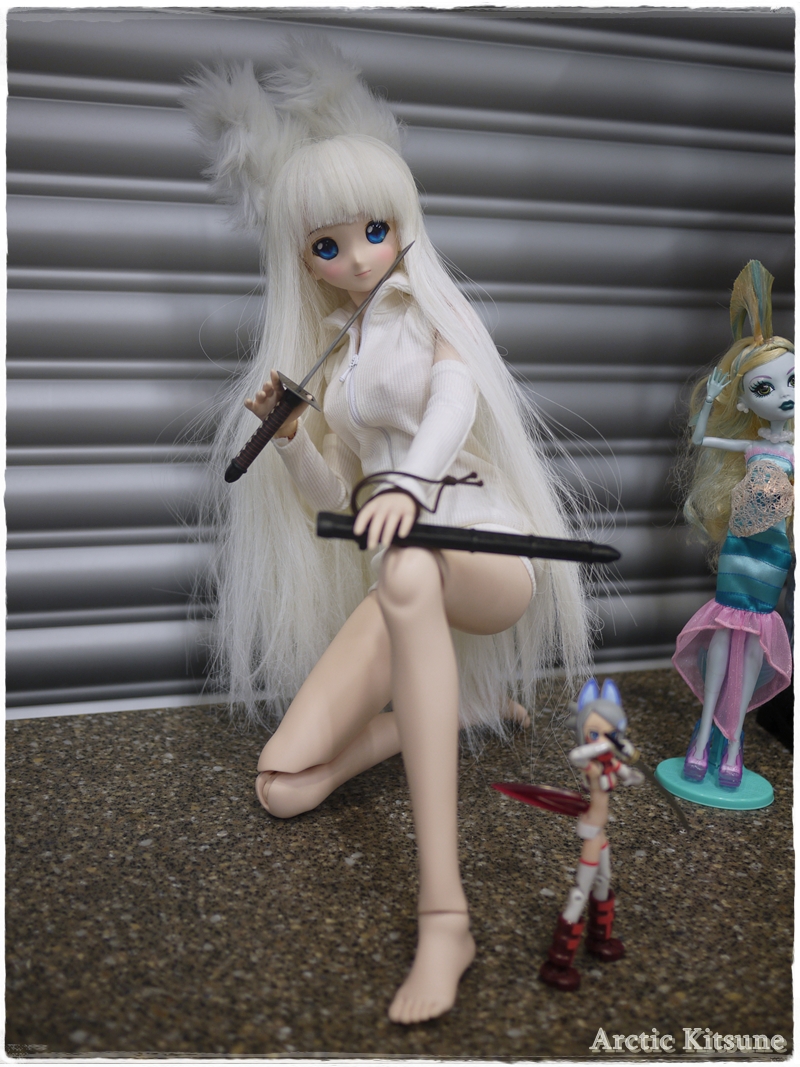 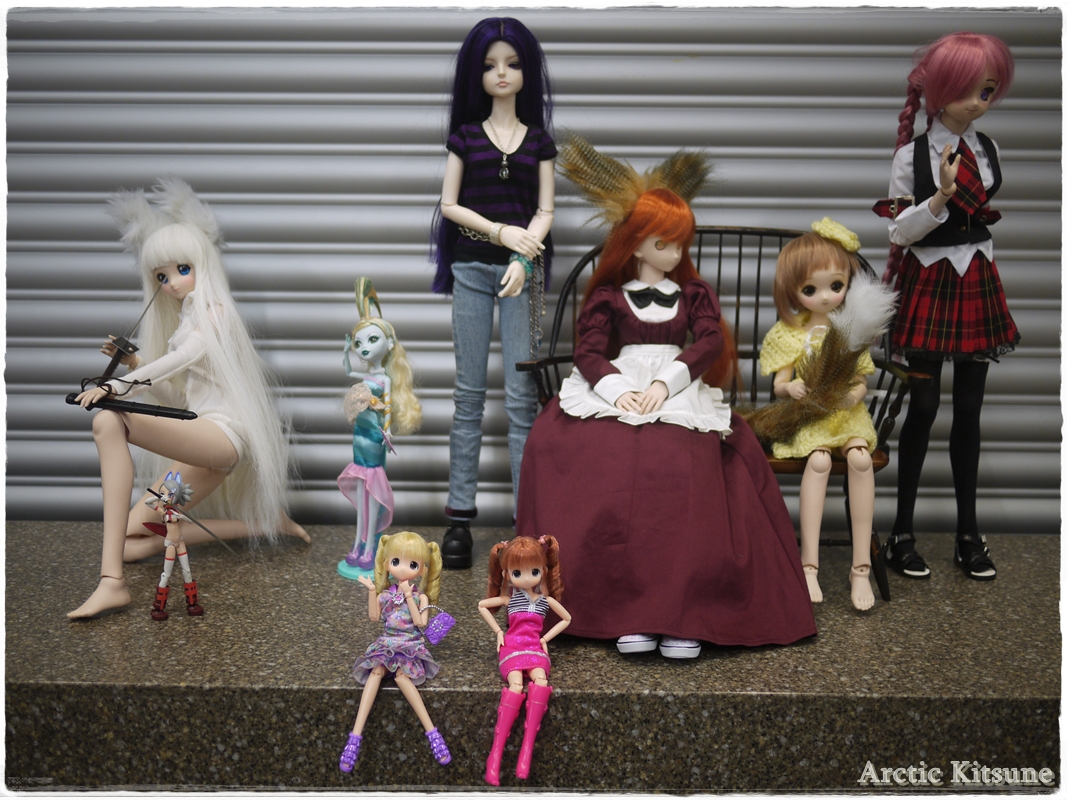 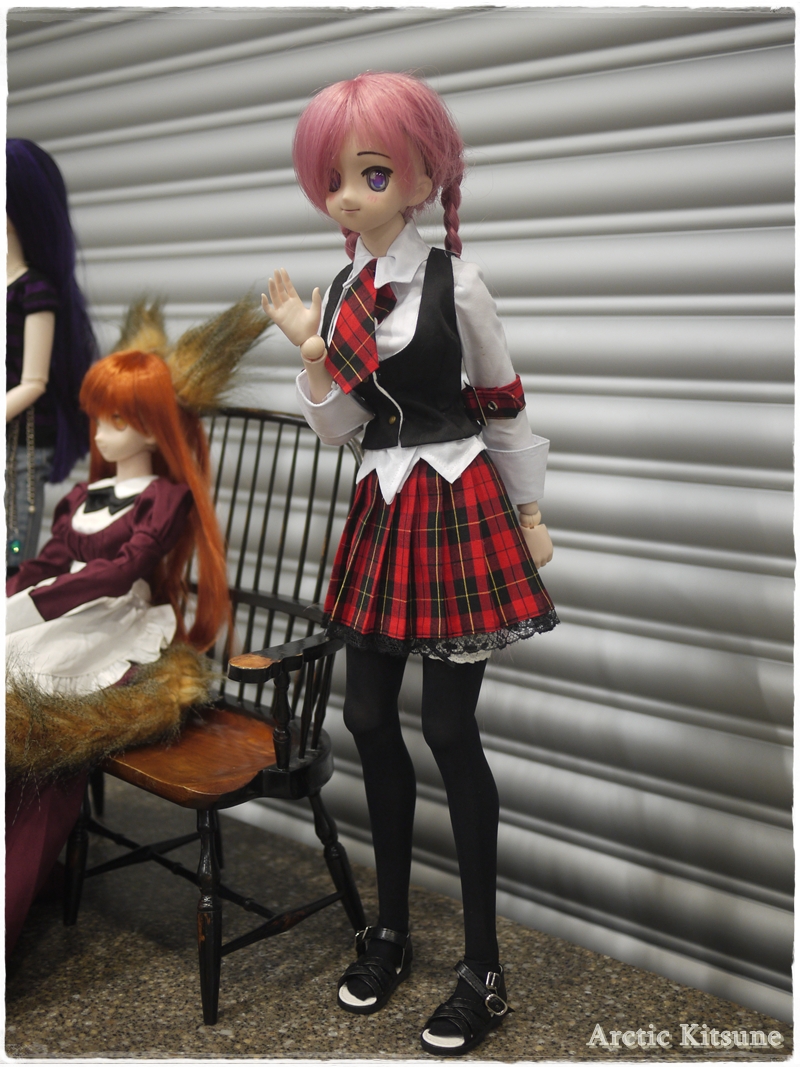 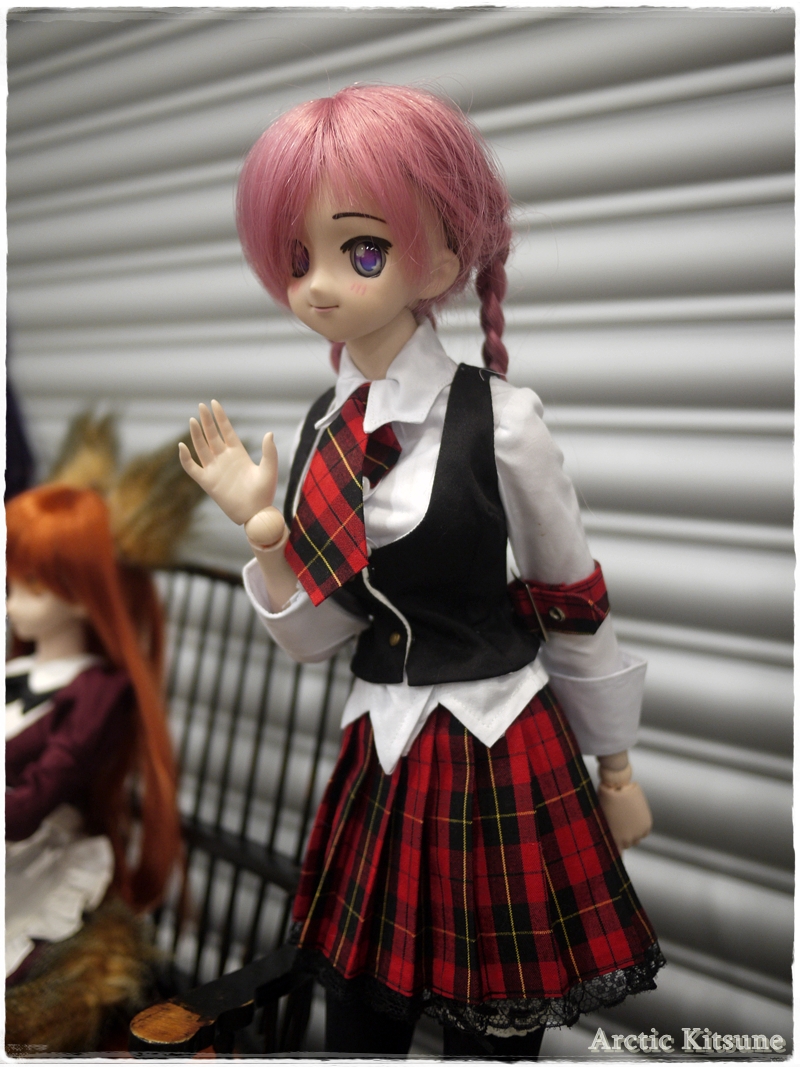 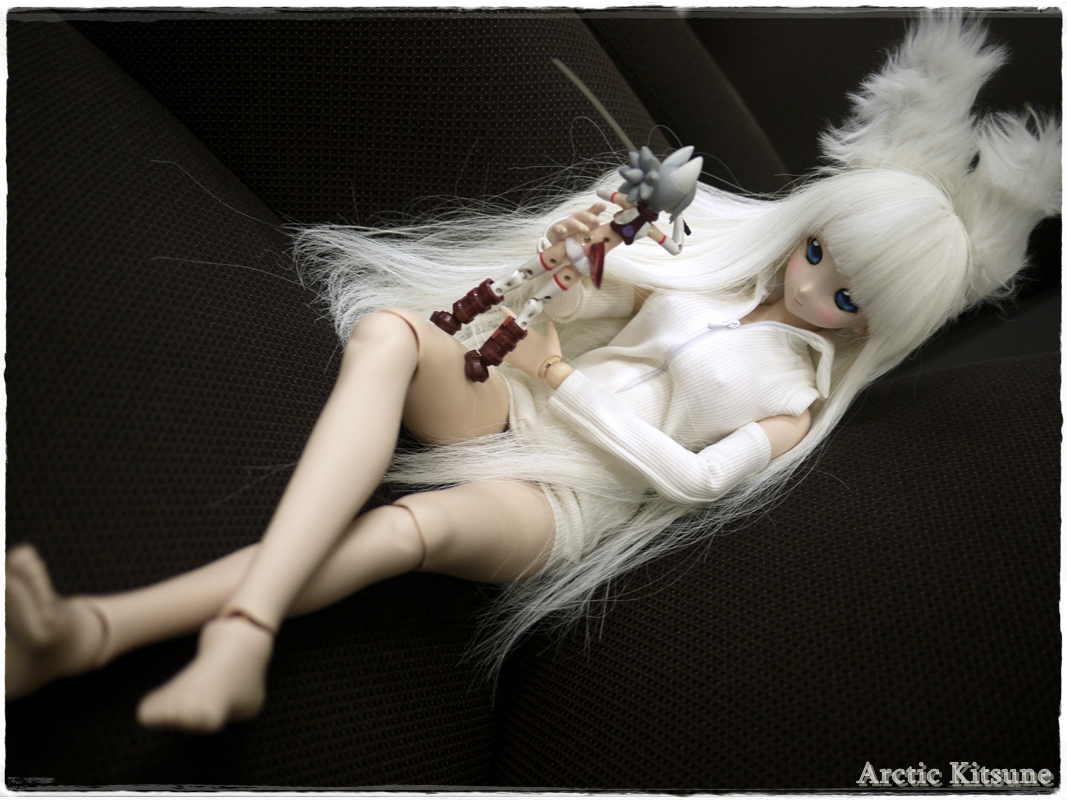 Found the Doll Meet and Doll Show both interesting and rewarding in their own way. Just disappointed I couldn’t dress her up appropriately in time for the meet & show. I didn’t talk much because I didn’t know what to say so I simply wandered off to view the planes when the group left an hour early. We weren’t going the same way either way. 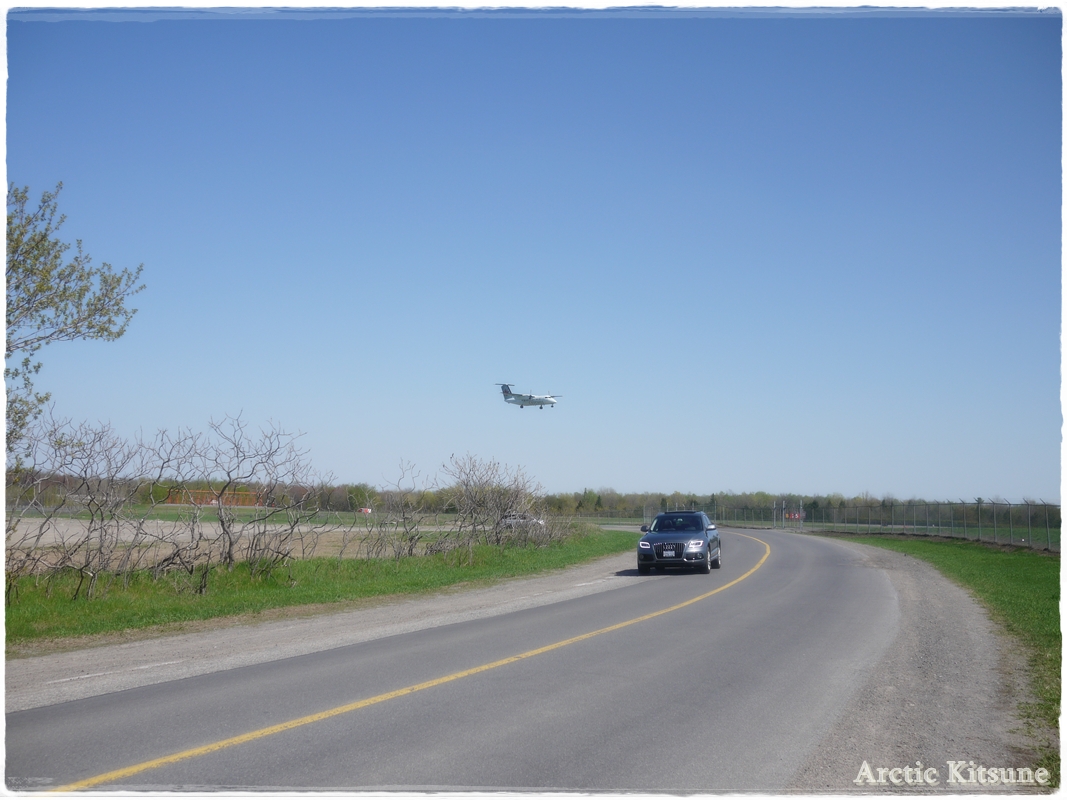 Similar to hitting two birds with one stone, I decided it would be best if I went to plane spot before heading back to base. Me being stupid by asking people how to get around caused me to miss out on the 767 landing. If I just went straight onto Alert Road I would have caught the lovely bird landing close up. Pissed off a bit with myself for wasting time. I’ll take what I can get however – Twitcast video – and a few images of other planes, and a video of a Westjet taking off along with a Porter prop plane landing.

I would have also stayed longer if I wasn’t roasting so much. Sweating buckets. All those planes with the gorgeous take-off & landing noises! The smell of burning jet-fuel and the gust from the engines. Loved it! 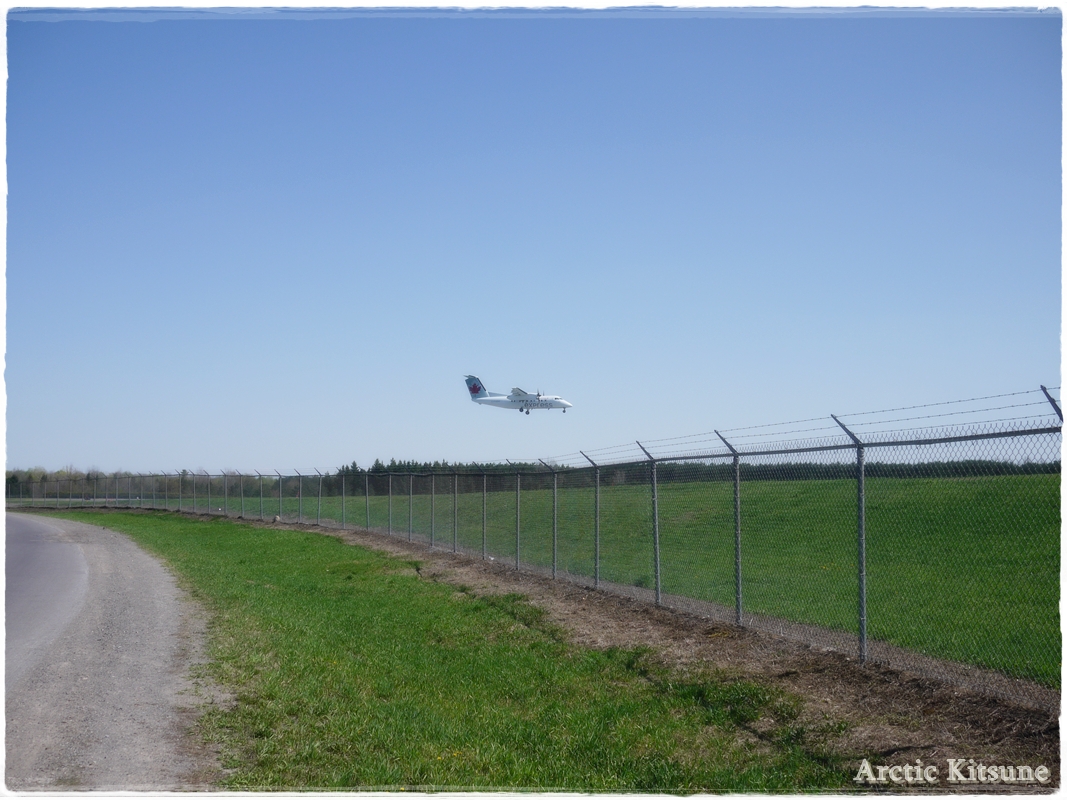 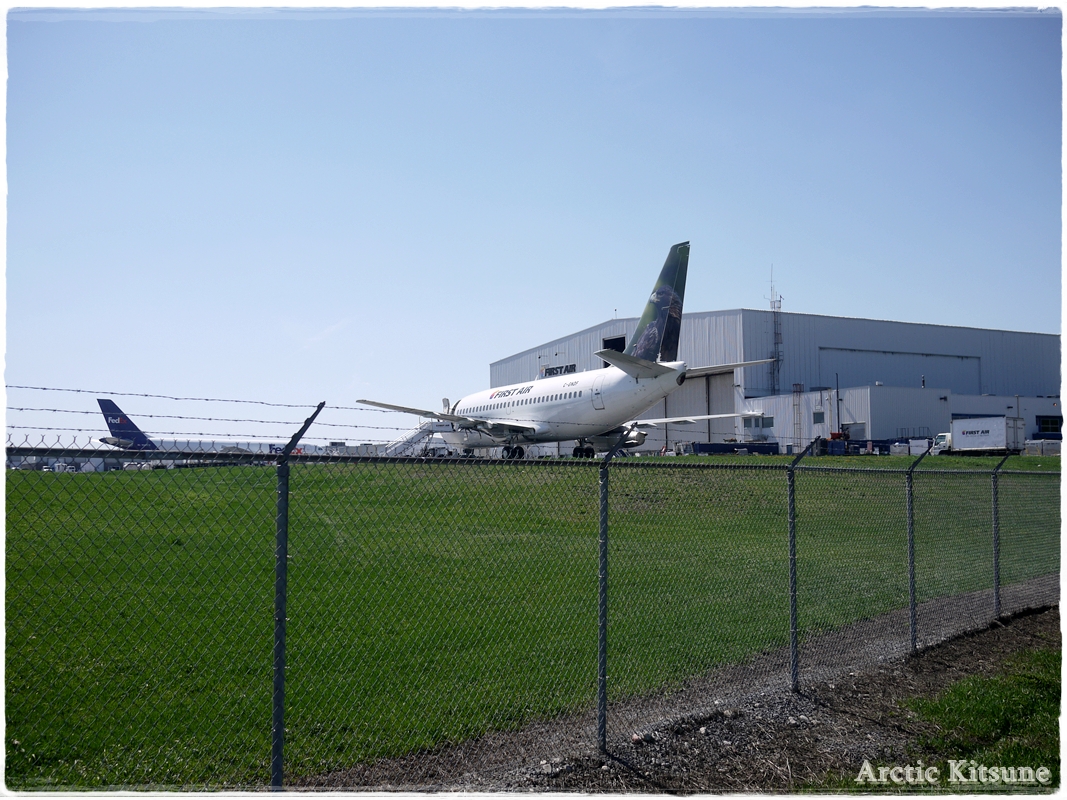 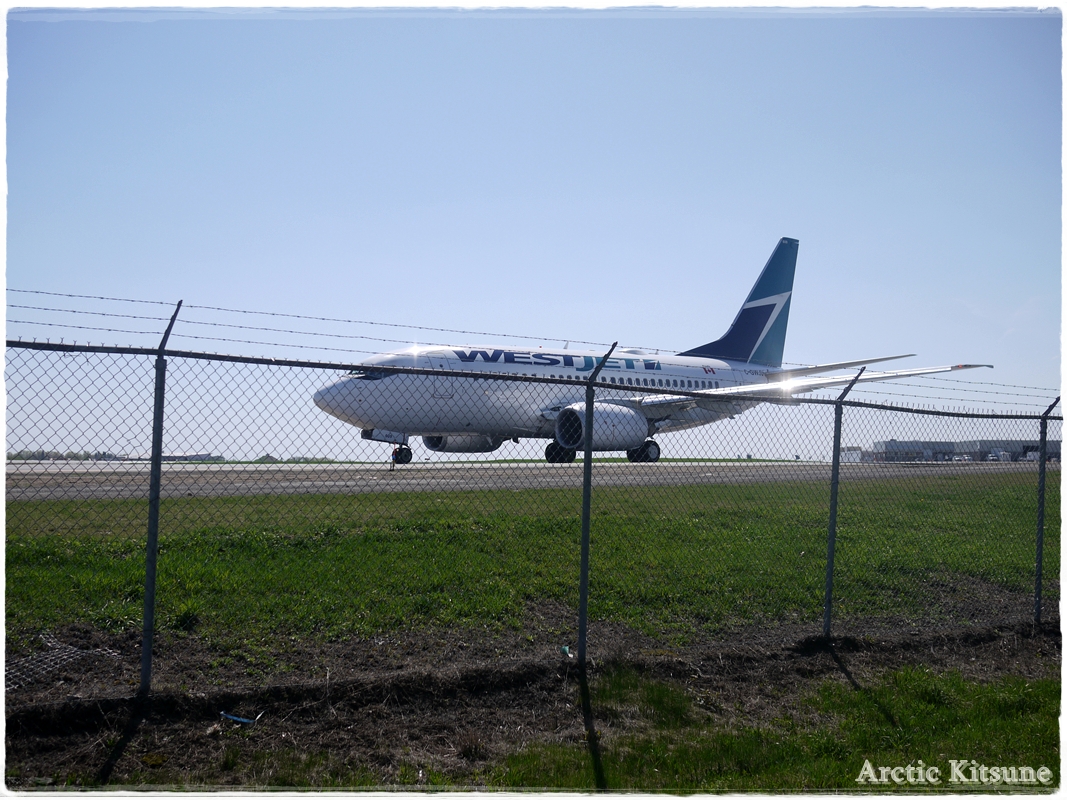 With the planes I felt I had fun. Without the planes I would be a bit depressed. So glad I went to check up on the planes, and glad I took Varakitsu to the Doll meet. I also now have this massive urge of going back on a finer day to view planes taking off and landing, hopefully from this same runway.

– Thanks for viewing and hope you enjoyed this 2-part article!

Â (Edit: A minor edit because of my poor choices of wording about why I wasn’t speaking much. My English seems to be going down hill.)