Heyo! Varakitsu’s long awaited package came in with only two of the three outfits fitting her, if barely. Still tried to have fun with what did manage to fit, if on the ecchi side.

(All images taken with a Lumix GF-1 – Pancake Lens.)
-NSFW warning if at work/school; No nudity, only underwear unsafe.

Been meaning to get Varakitsu something to improve Varakitsu’s outdoor appearance. Wanted to show her more foxy side, moving away from her ecchi foxy one. Obtained two sets of bra+ pantsu (white and red) along with some short pants. Still being new, I made a silly little mistake ordering some pants that were simply too small for her. *facedesk*

Trying to make the most of it, I allowed Vara to try on both the white and red set, with her being mostly pleased with such. Even covers up her peaking eyes under the long-knitted shirt being one that I’ve been meaning to “fix” for a while now. One being plain and one being more “daring” heh.

Now about them pants….My foolish mistake. Would love to find something fitting Vara’s DDdy body. Ah well! Need to either commission someone or poke people, risking them unfollowing me and such. Back to the hunt!

I’m still unsure as to why I obtained a set of “free” black-eyes and a head-band. I don’t even need them. Ah well, shall give them to whoever needs them locally first. If I know you and you want the eyes then feel free to obtain them – 22mm black Acrylic.

The underwear/lingerie set were both a tight fit. I just barely managed to get them on Vara, as with the stockings from the knitted long top before that. Had to fight to get them on with the wig occasionally popping off.

Why not? Let’s have some fun with the underwear/lingerie set. Some foxy-playful fun. Not sure if it is actually foxy. I’ll pretend that it is, even if it isn’t just to stay with the foxy theme :P.

Also to note – That wig is evil. I kept constantly grooming that wig over-and-over again with it still looking unclean. 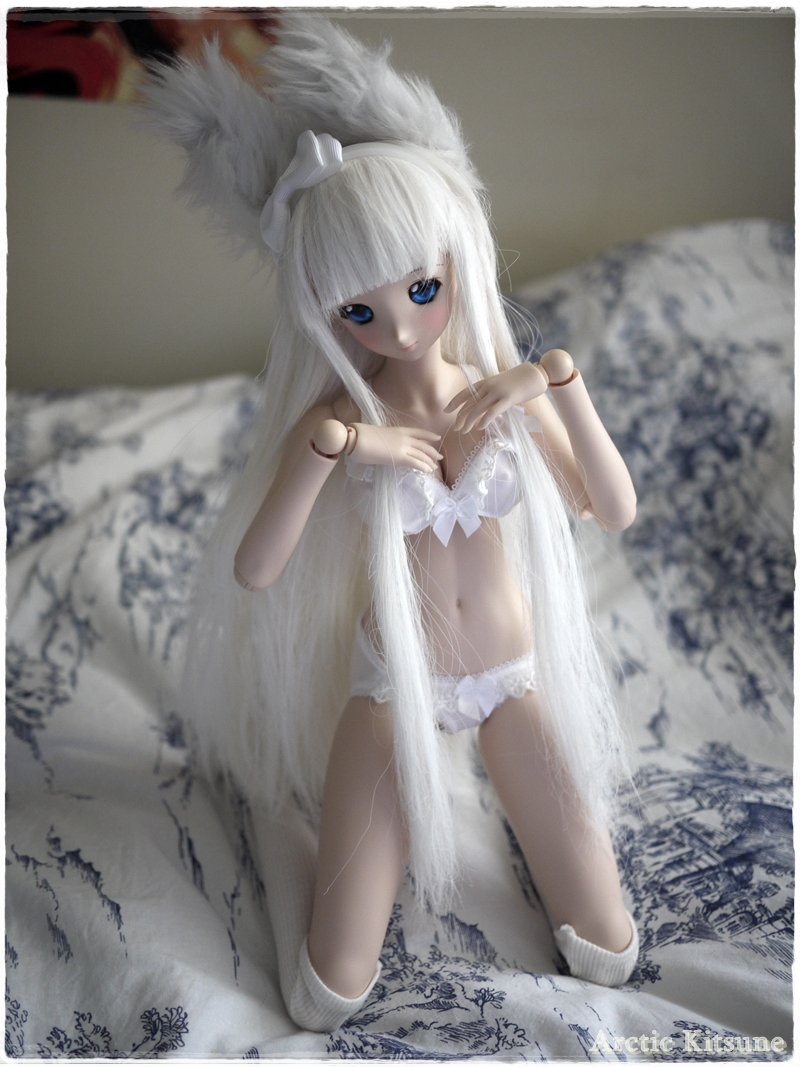 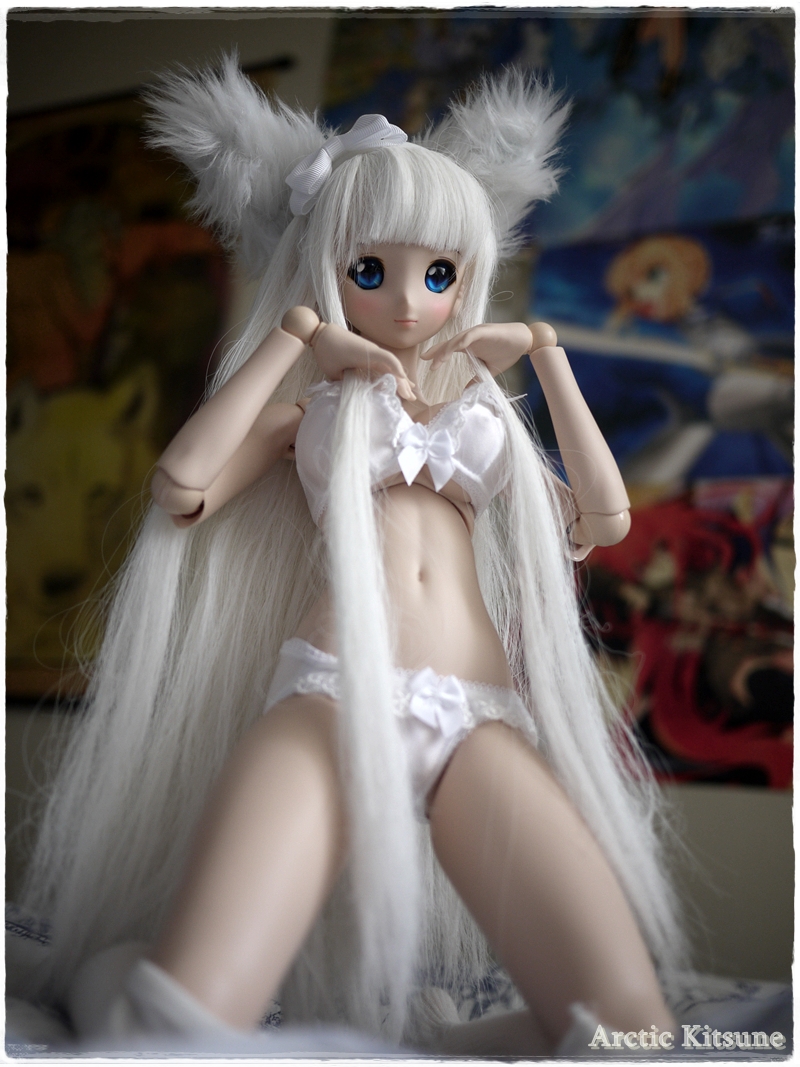 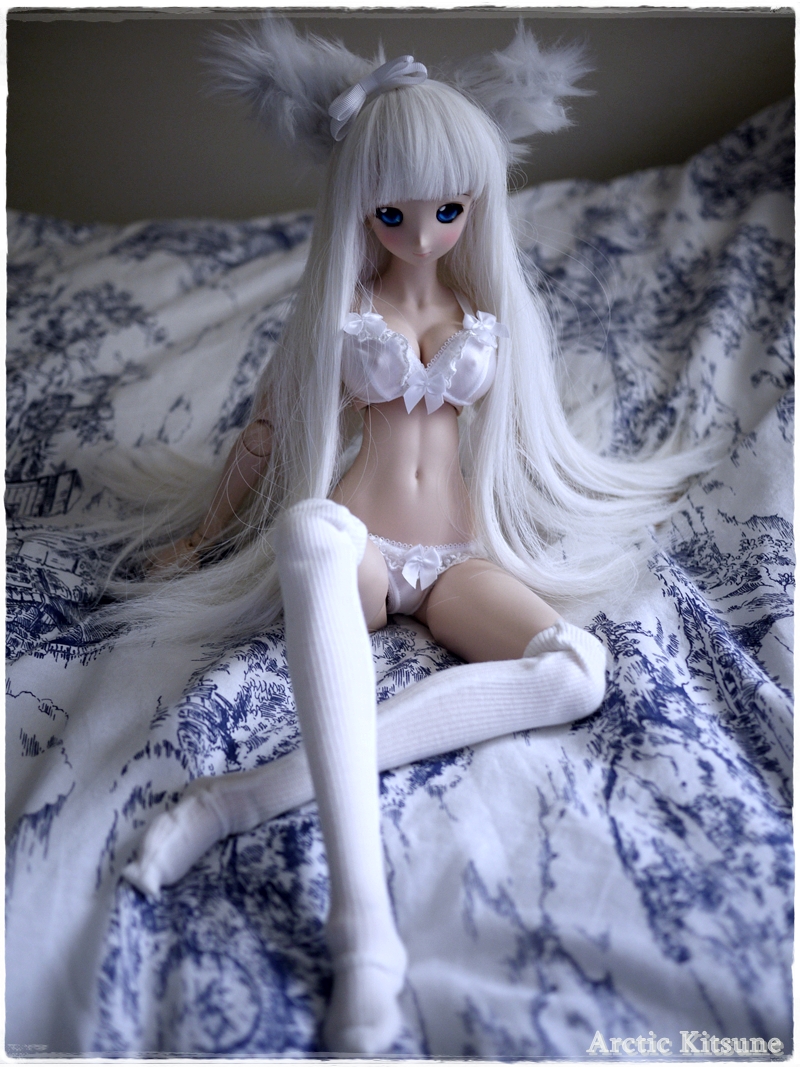 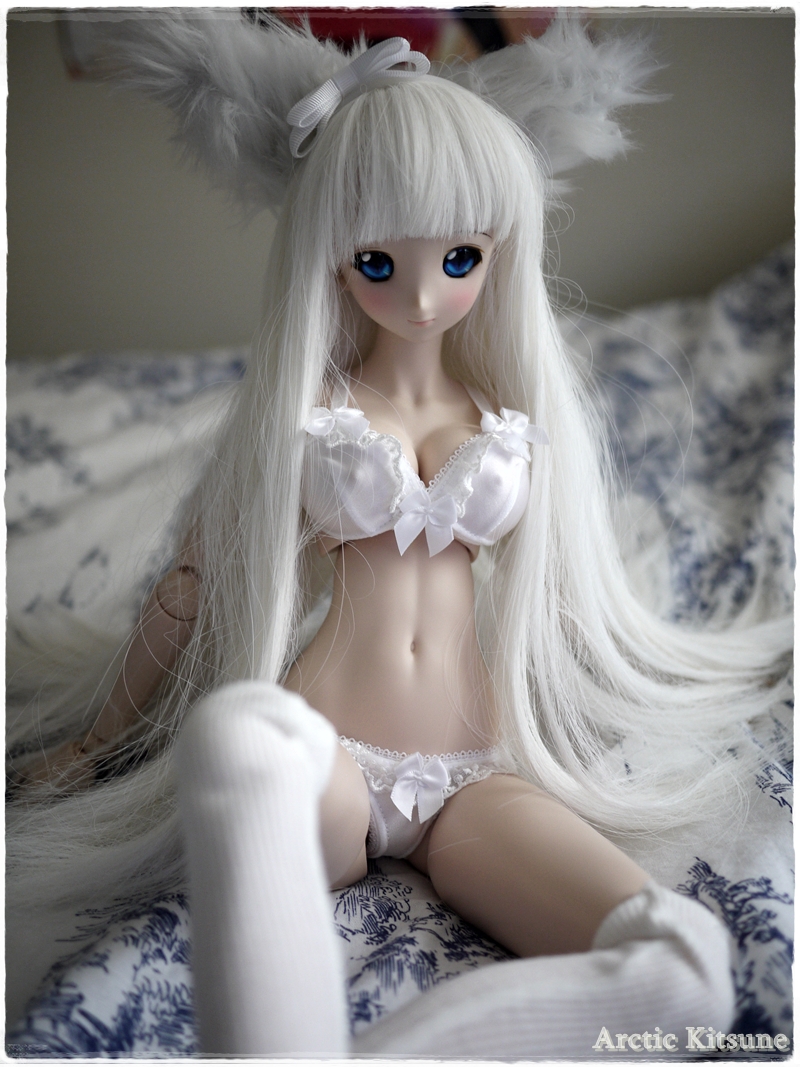 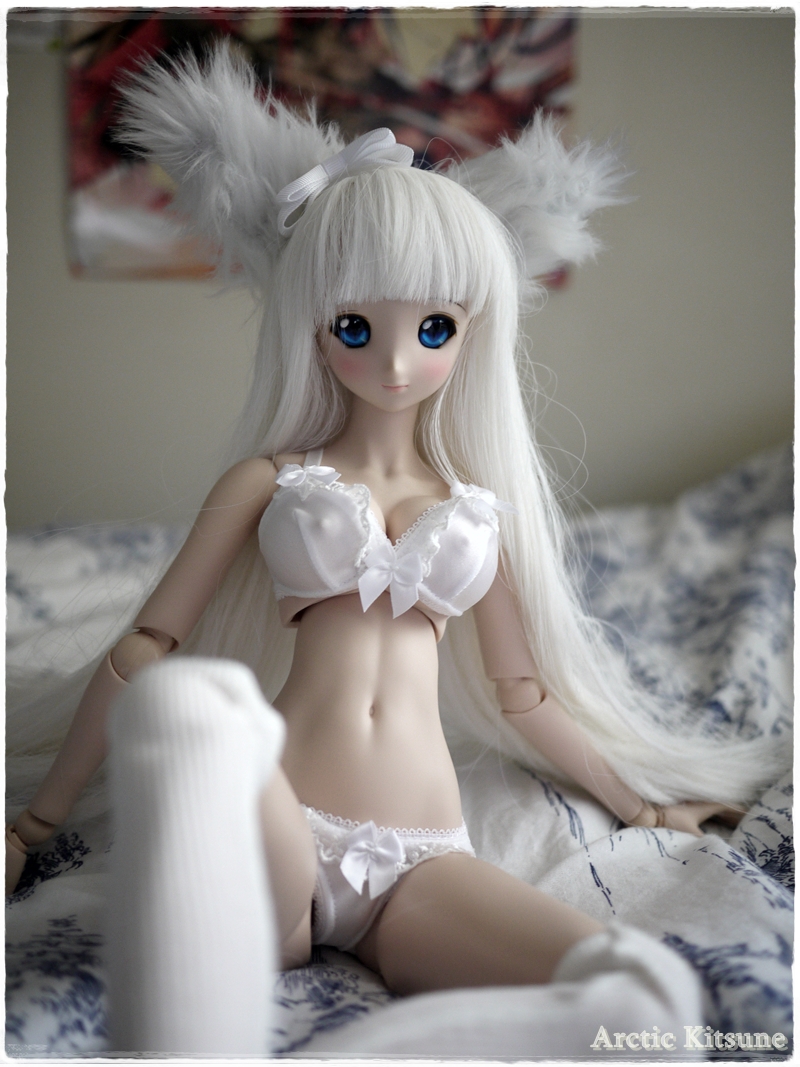 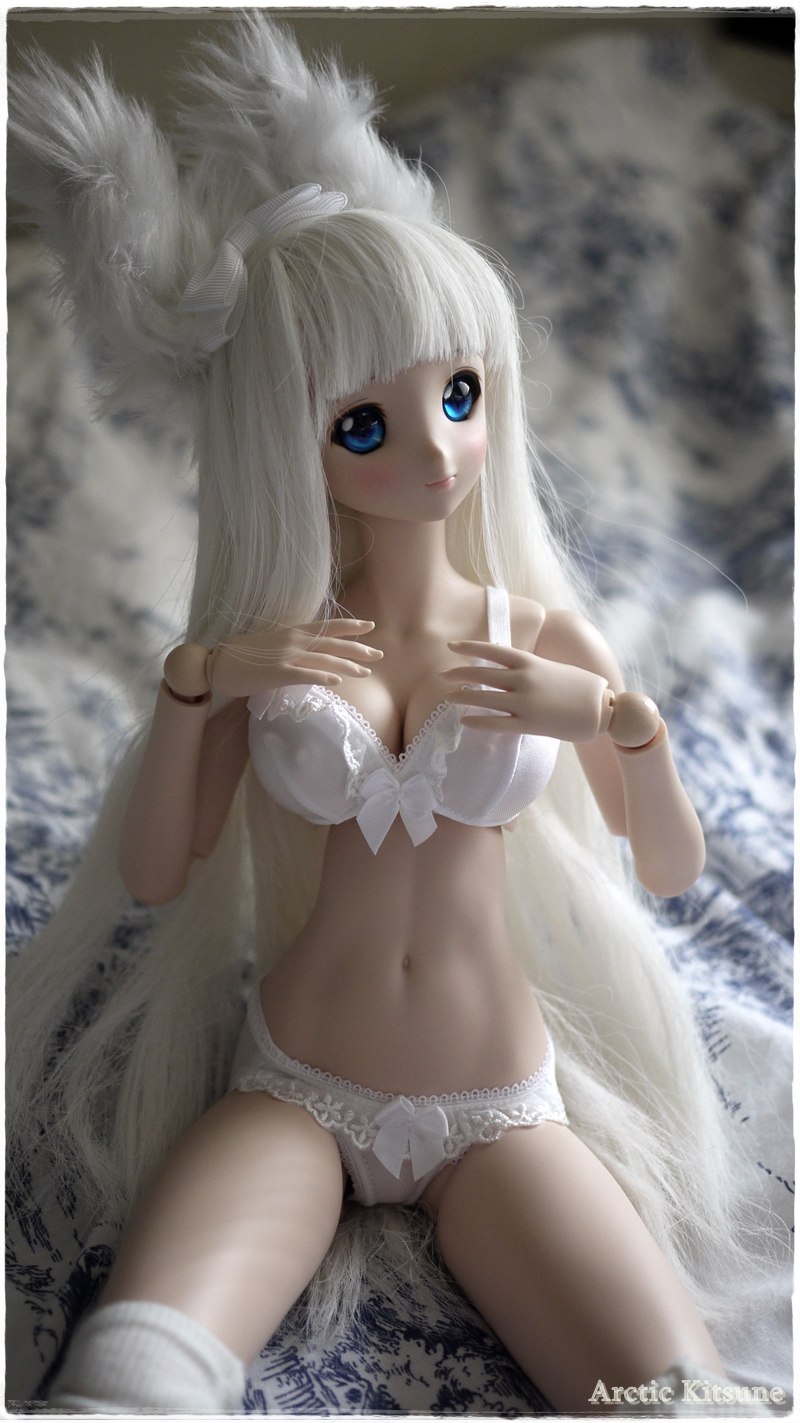 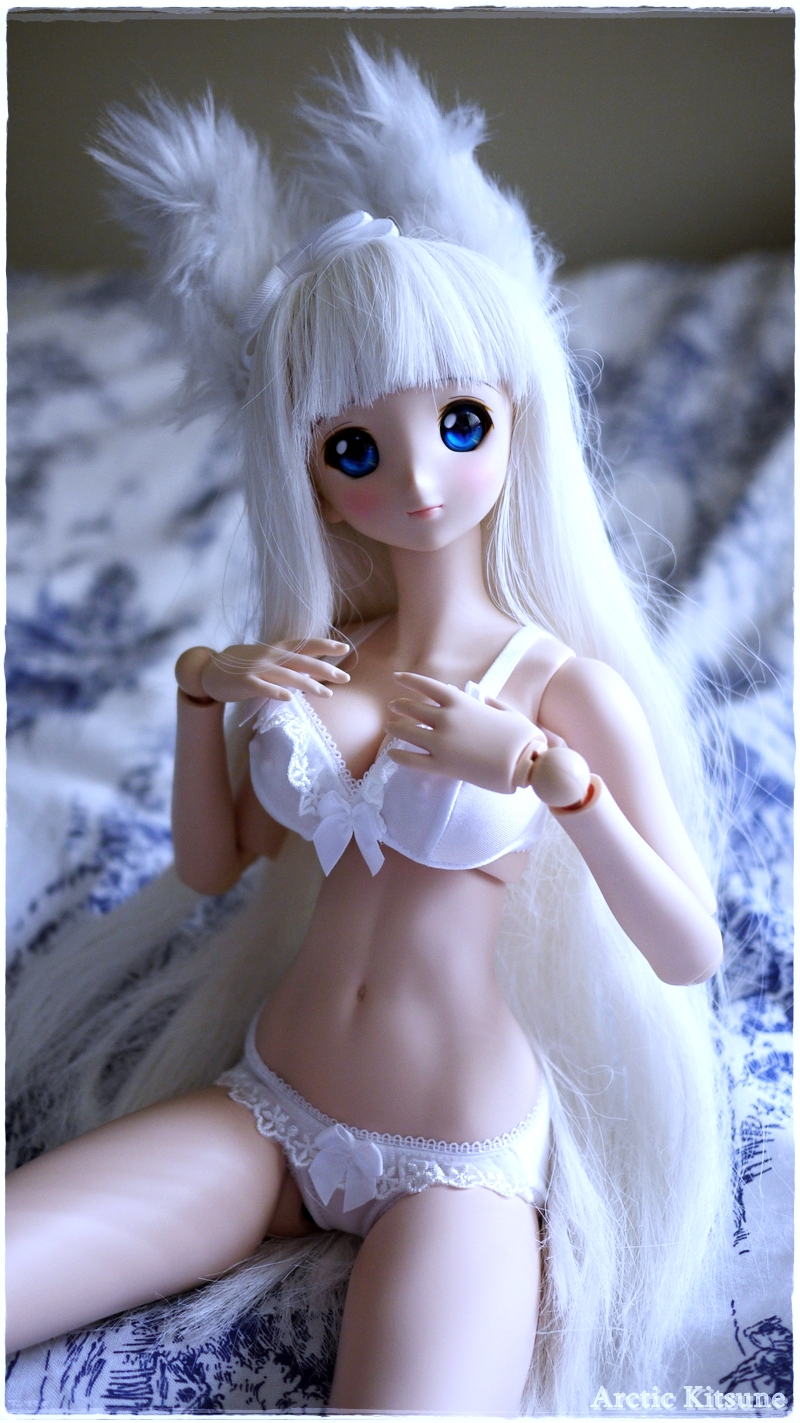 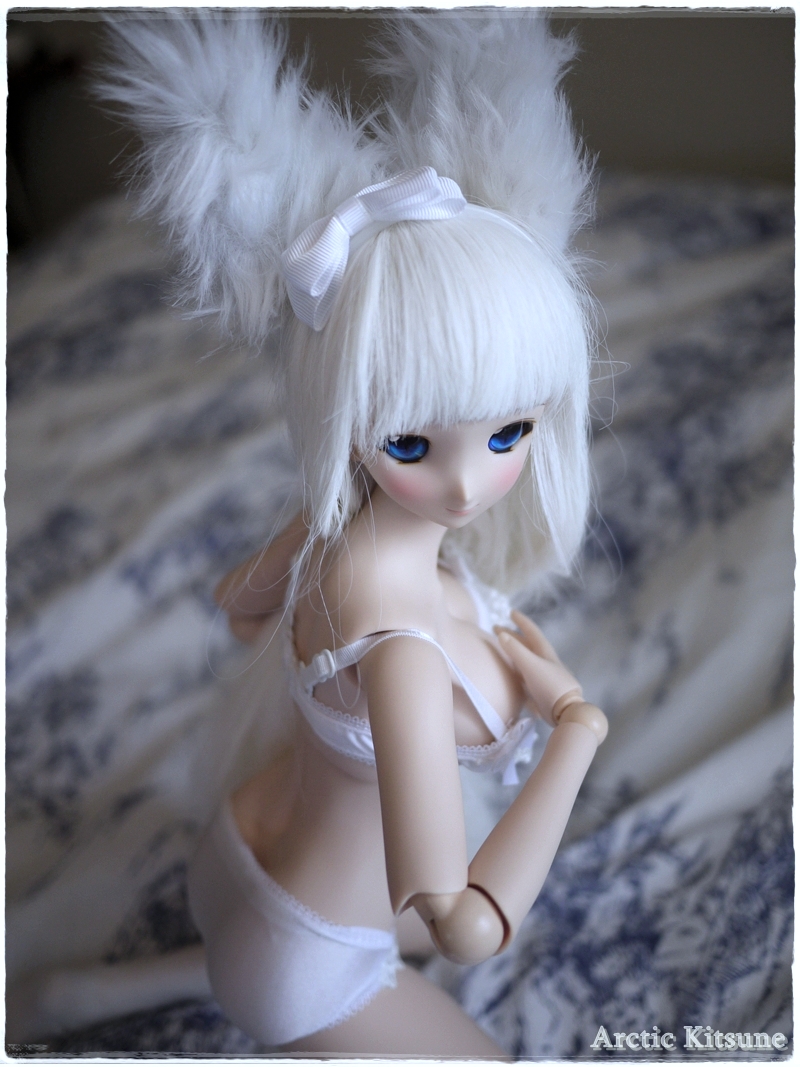 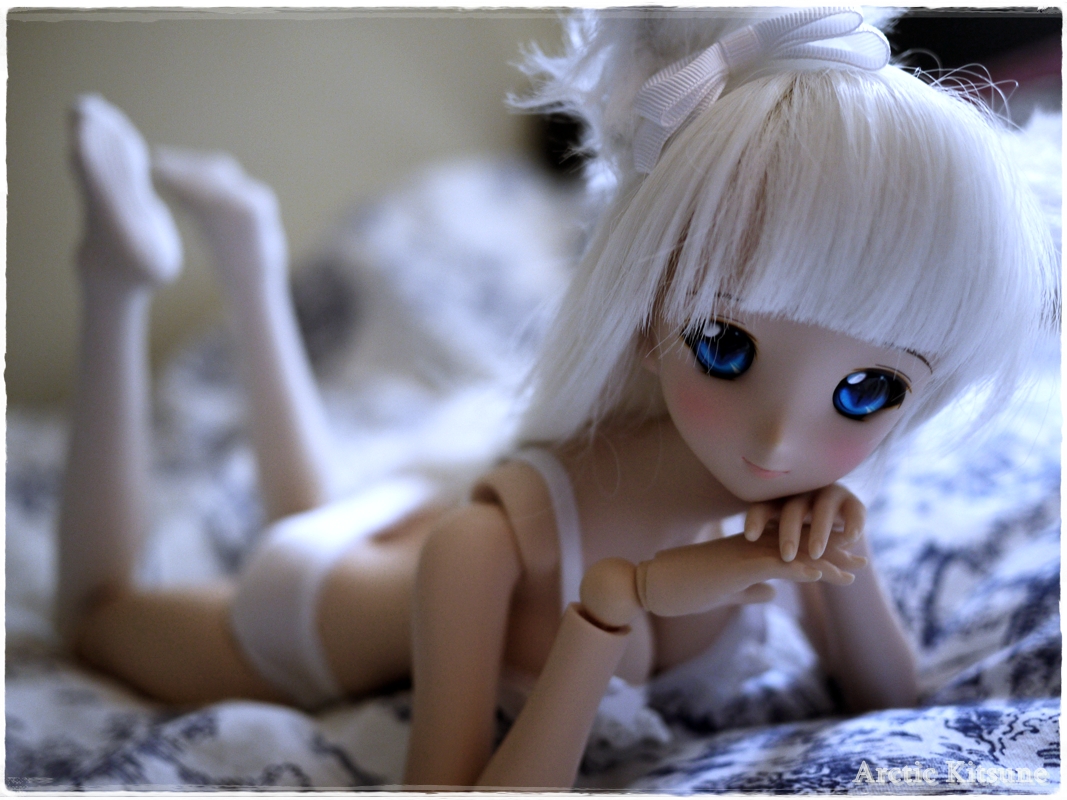 The white underwear set looks nice on her. It suits her snowy foxy looks. Wonder how the red would look on her, if it would improve on her look any? They both have this nice interesting quality to them when compared to the default pantsu that came with DD Miko. 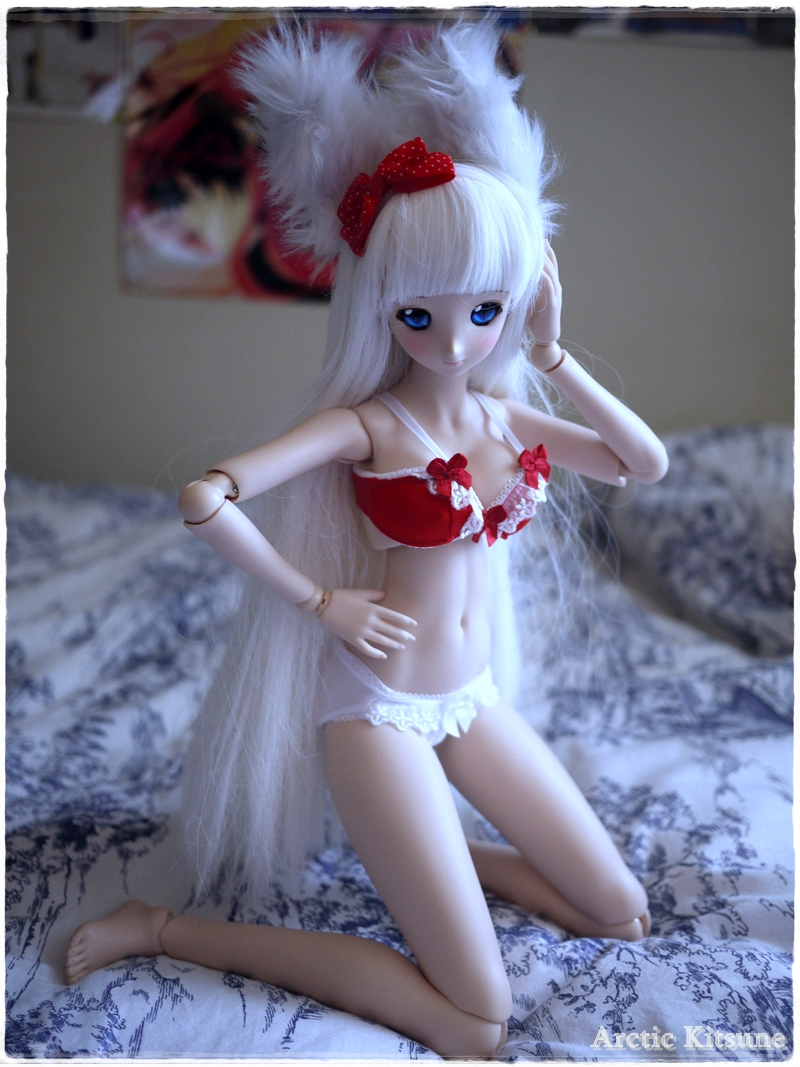 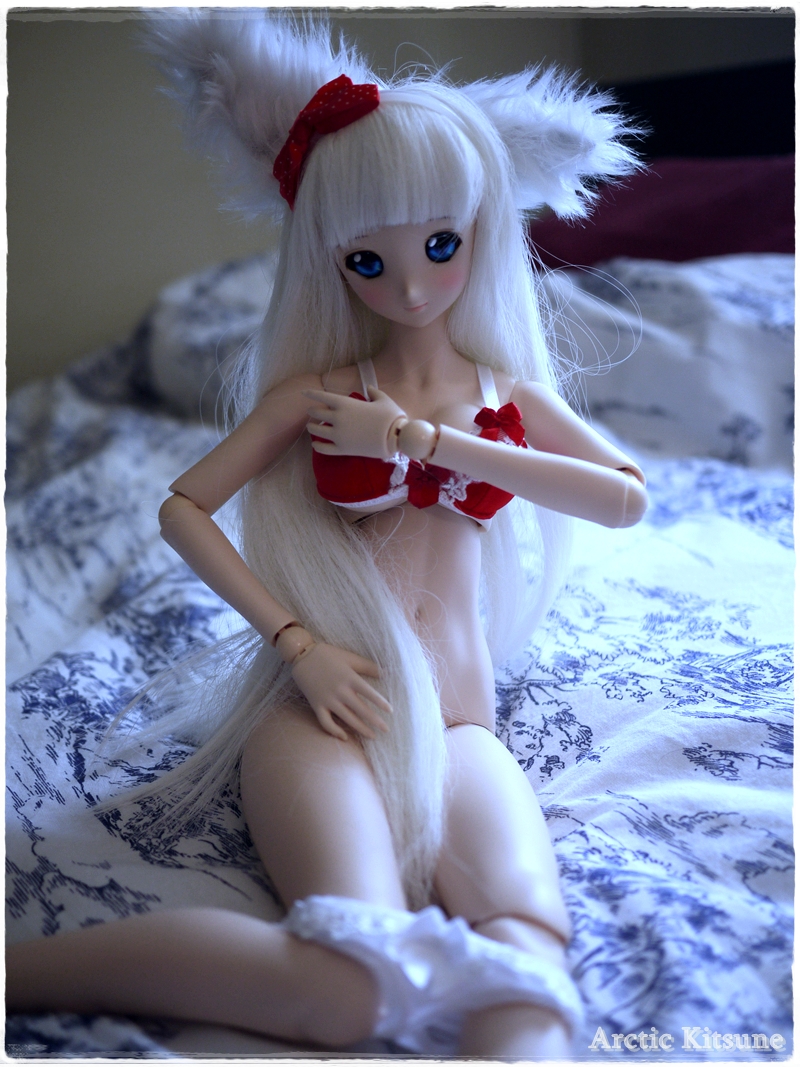 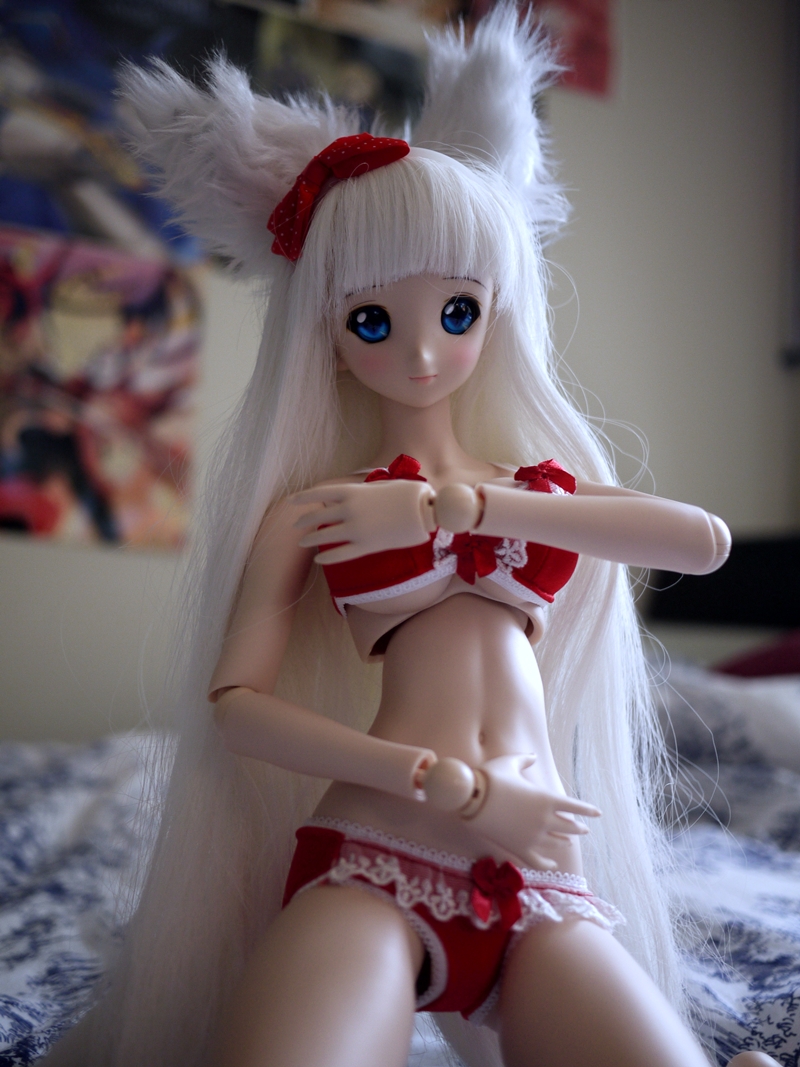 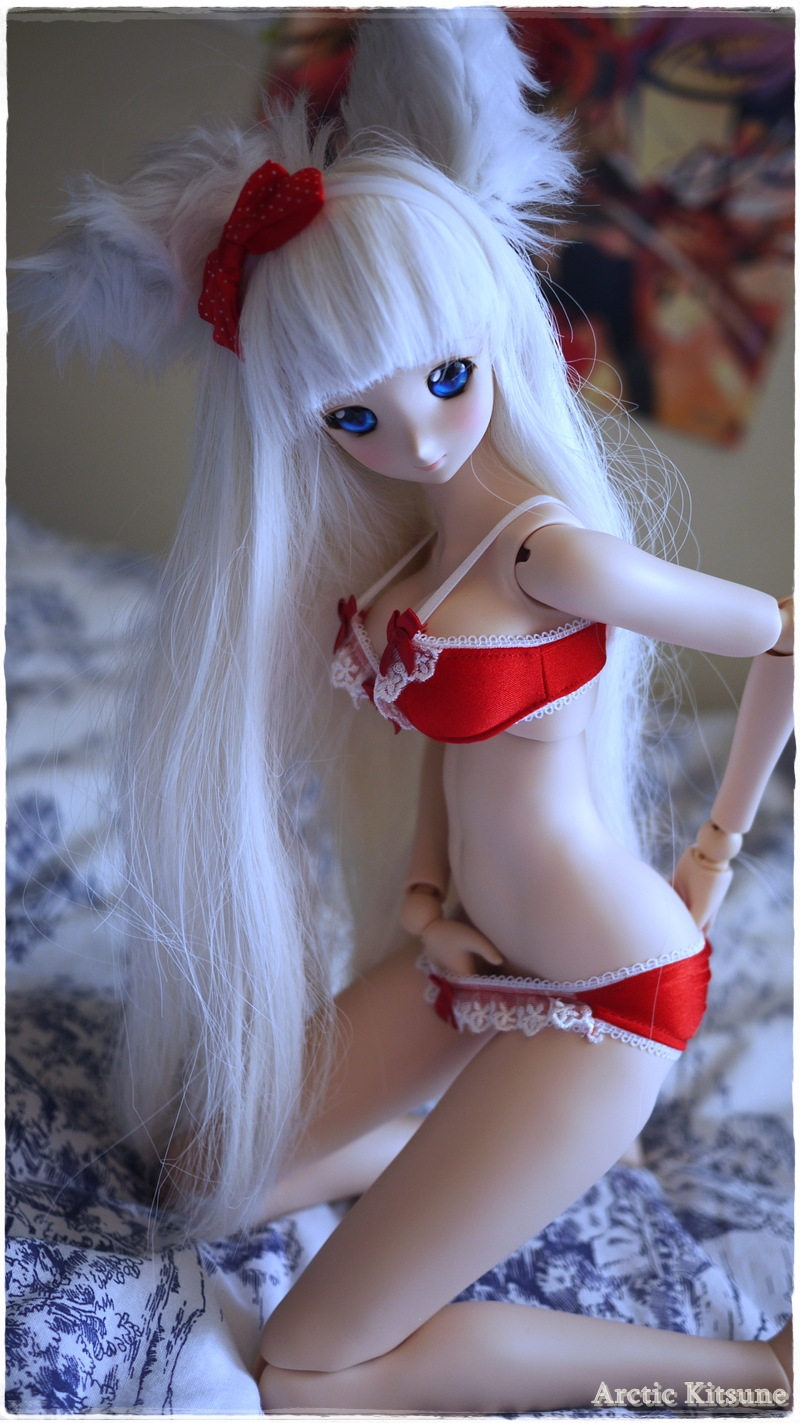 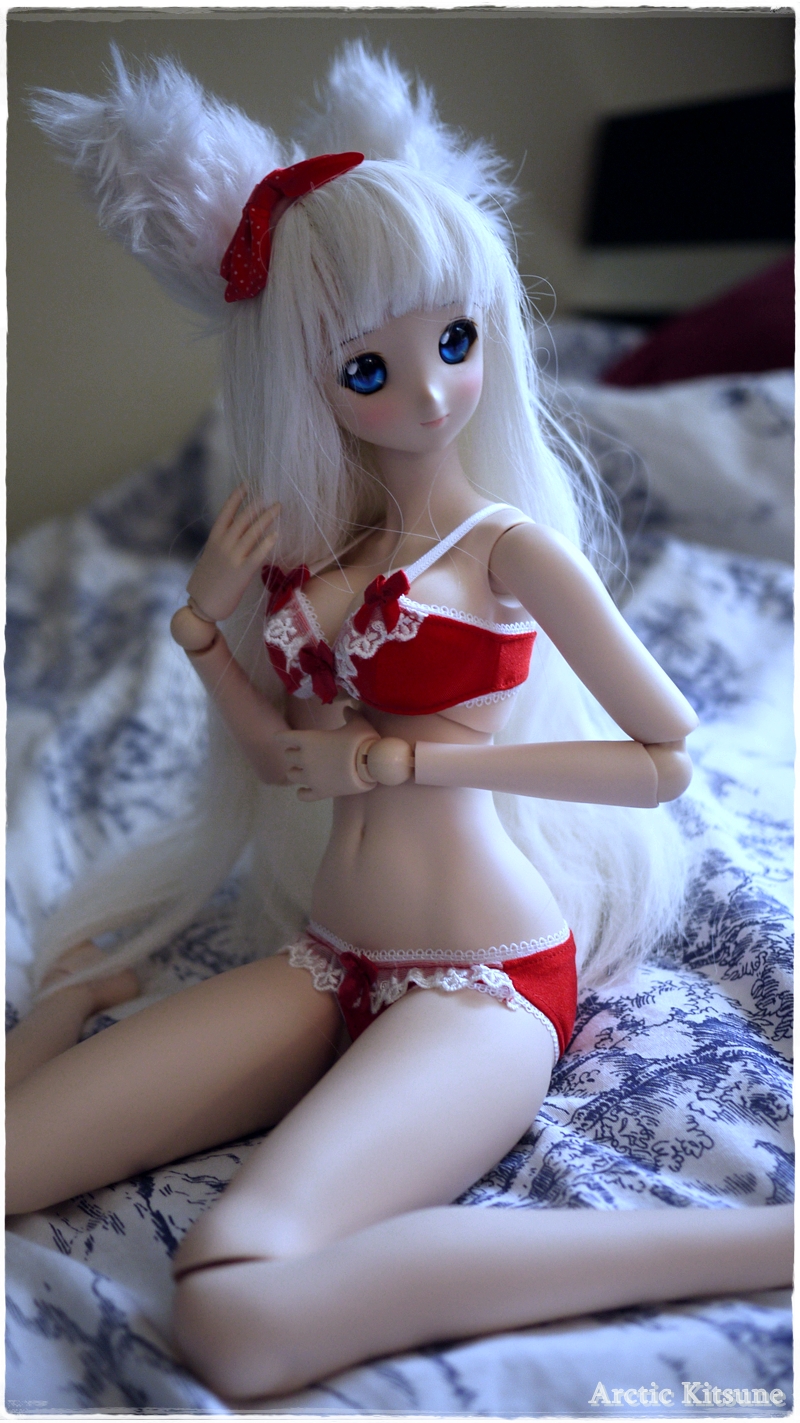 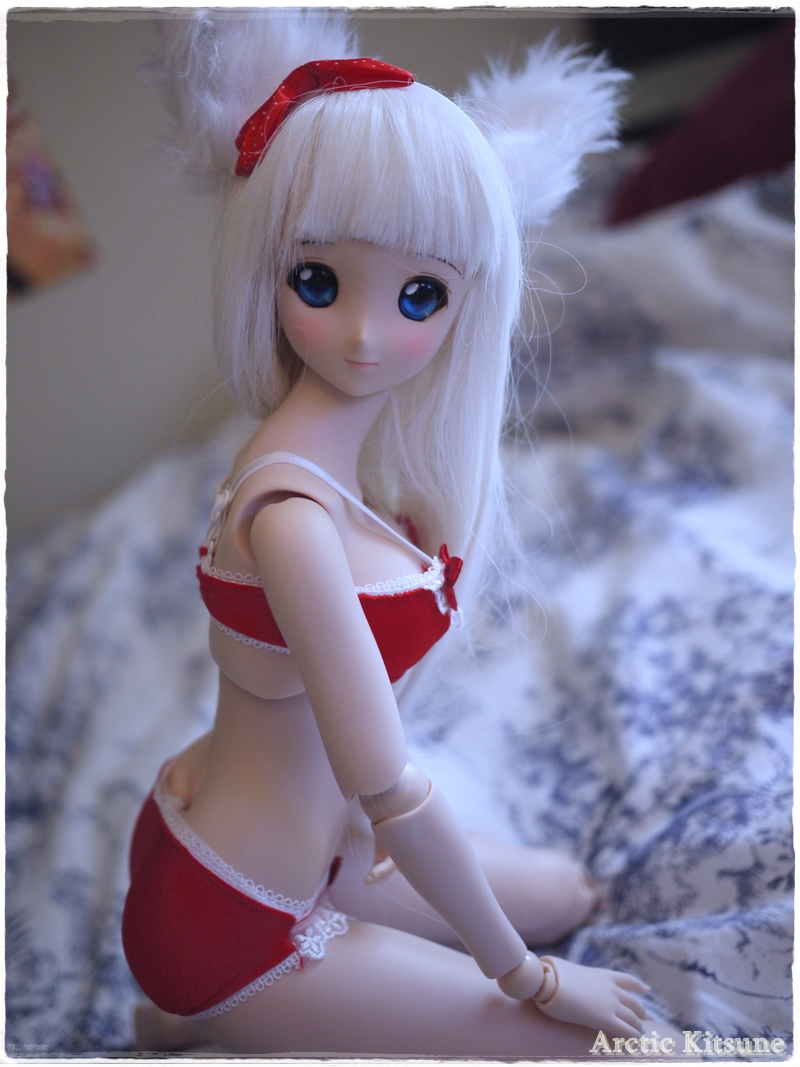 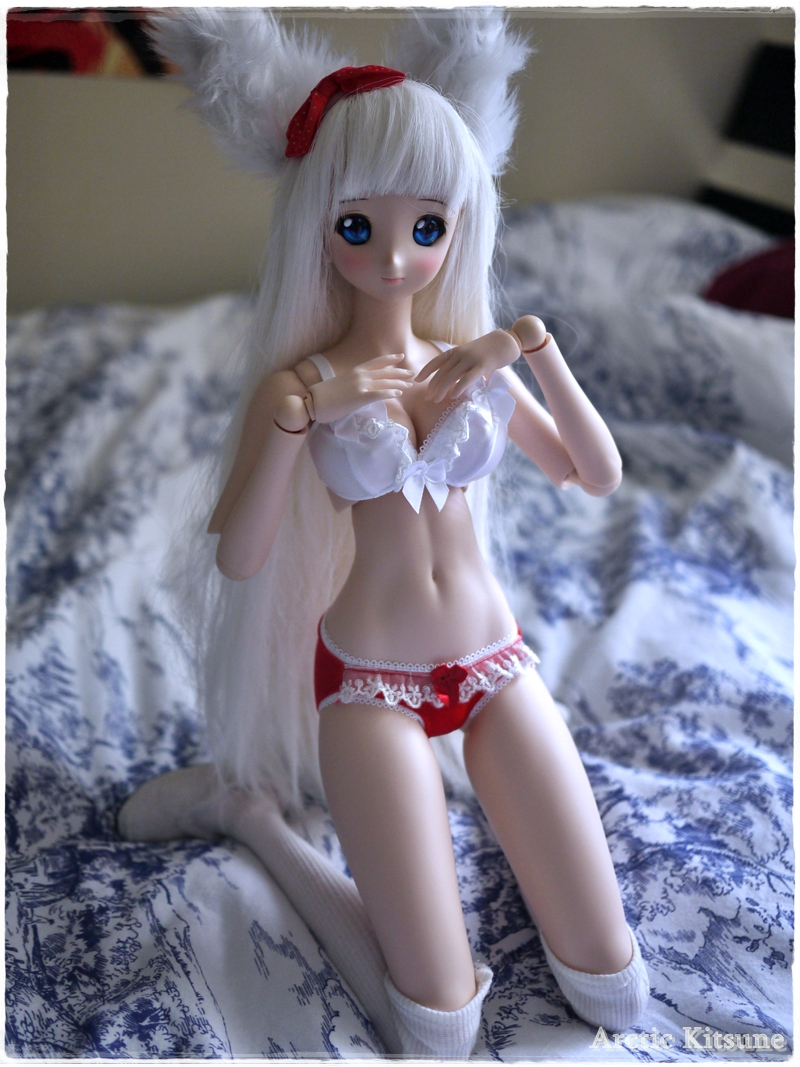 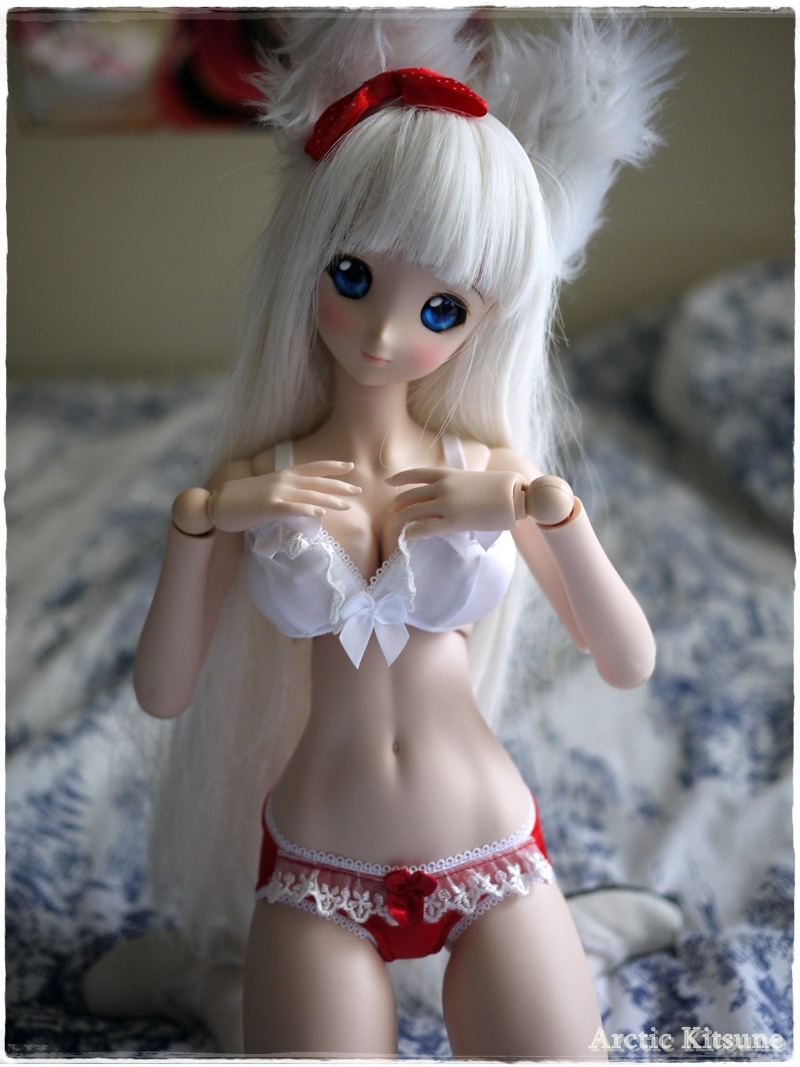 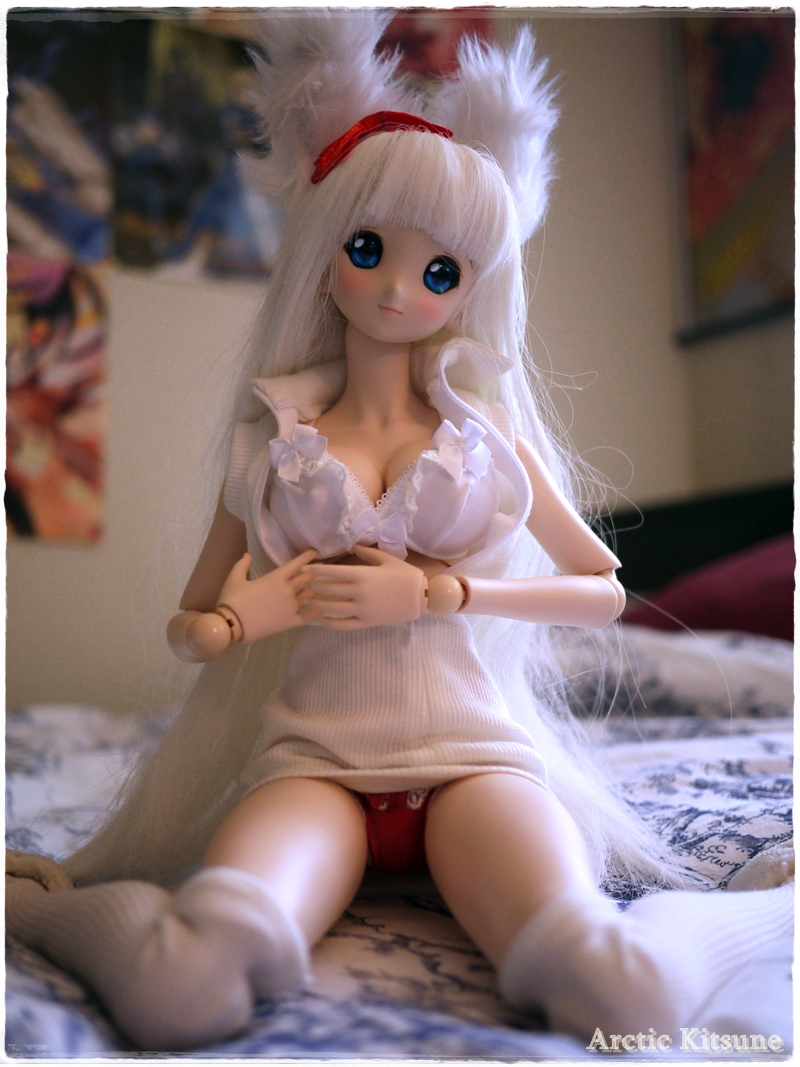 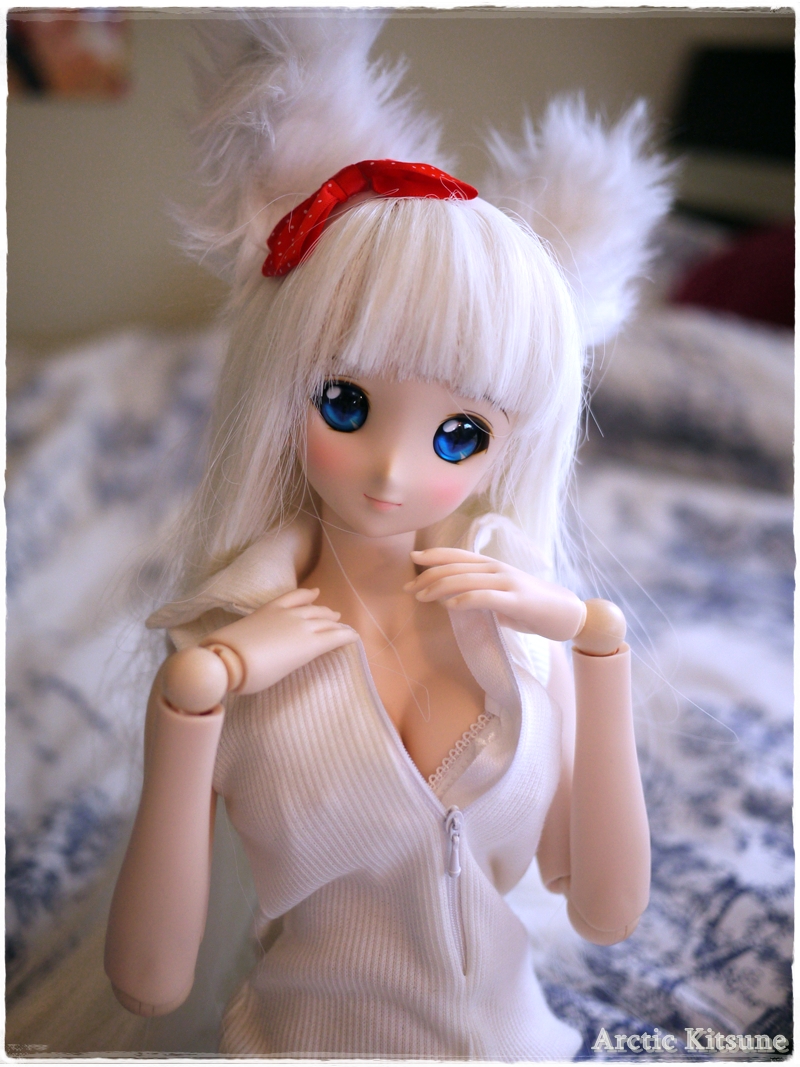 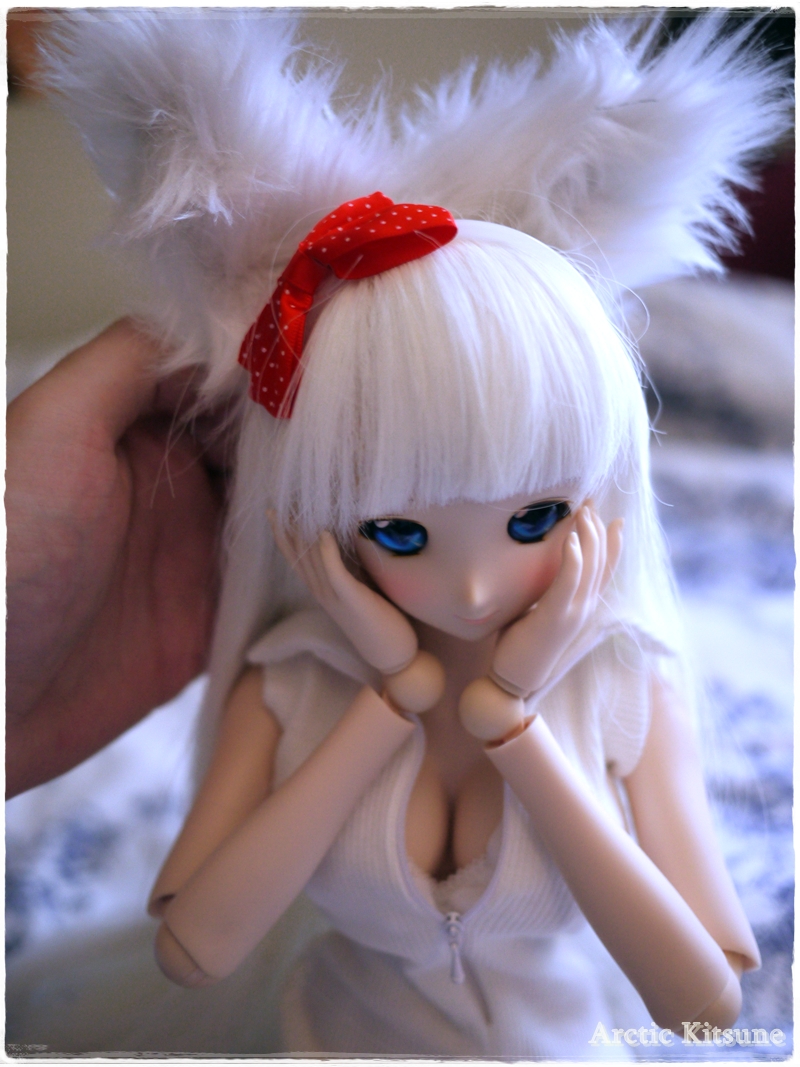 Was hesitant in upping these images because of the image quality in some, and the ecchiness in others. I do still like how some of them came out, just on the…worrying(?) side. Most specifically the last one with me petting Vara’s head for a job well done with the photo session ^^. Also can’t wait to take her outdoors to check out the flowers. Bloom faster, nature!

Hopefully I can find her some proper pair of pants or skirts because this is just getting quite annoying. Want her to look nice in public. Also waiting up on Vara’s tail next as well. That should be here soon. This photoshoot might have been a tiny bit more interesting and foxy if she had such :).

For now I guessÂ  she shall be a part of the Joint Striker Avro Arrow Squadron with her lack of pants or skirt. She’ll get her own Avro Arrow Striker Unit sooner or later as well, once I figure out how to build it.

Anyways, hope you enjoyed these images. Ach and Eila are next up in line!