Heyo! I have a brief article to post containing a handful of foxy images of Varakitsu and of something other. A nice little update in between one posting and another to share some goodies.

I wanted to post something to share these images I shared on Flickr and Tumblr a few day ago. I wanted to give them their own blog posting, especially with me finally receiving my commissioned image from G-Anime 2014 on Monday. Wasn’t sure how to blog it, though I’m quite pleased with both sets of images now that I have what I was waiting for since G-Anime.

I wasn’t too worried about the image quality this time around as I simply wanted to record some clothing swapping, and some +18 side-teases kept for myself. Was trying to see what clothing set would work well for summer related photo-shoots and sceneries while also experimenting with poses. Her wig seems to be the most troubling for me. 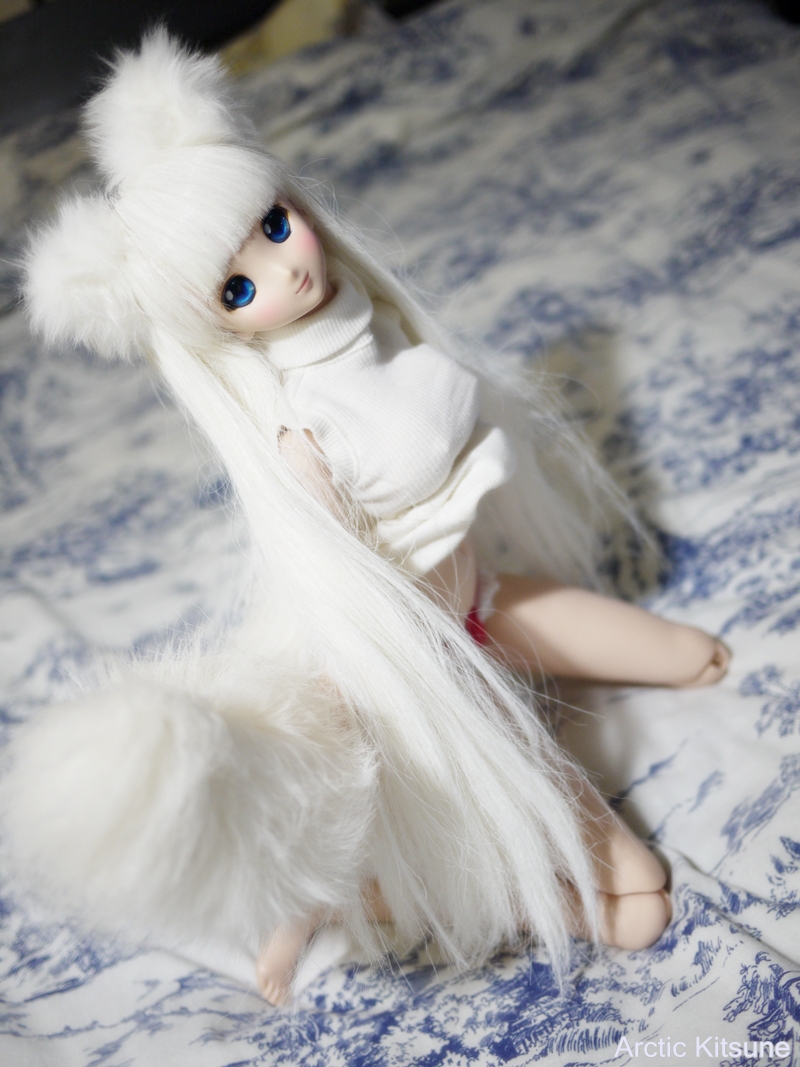 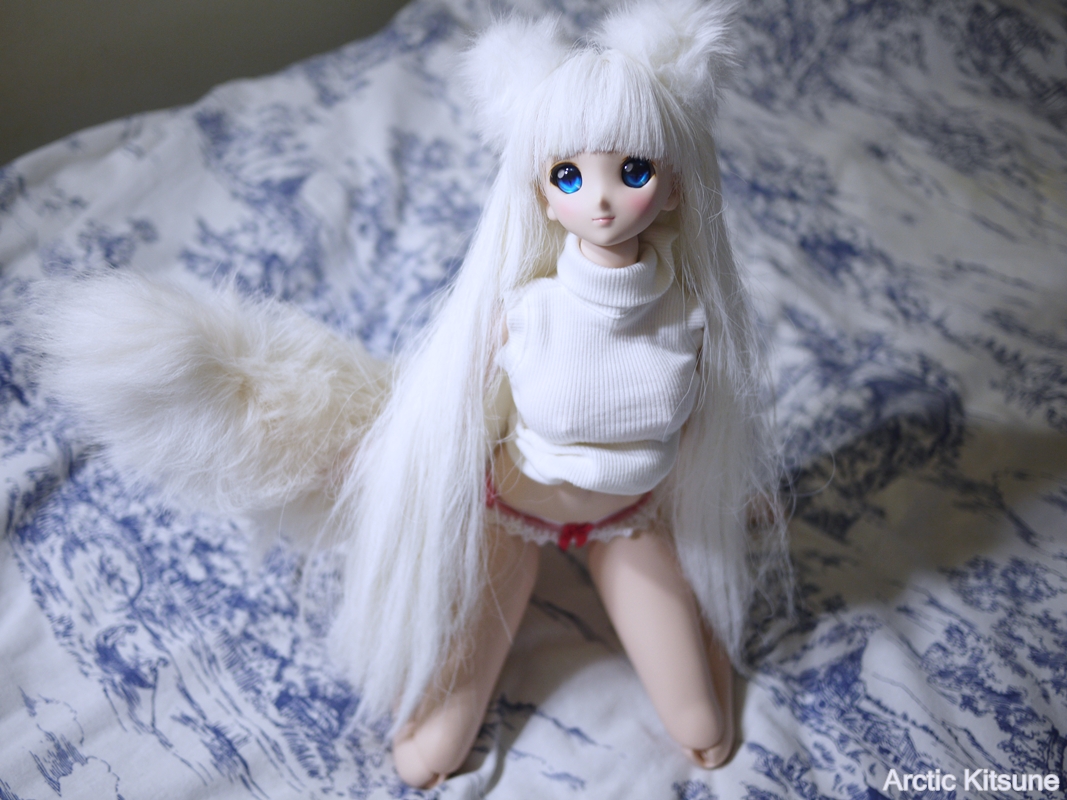 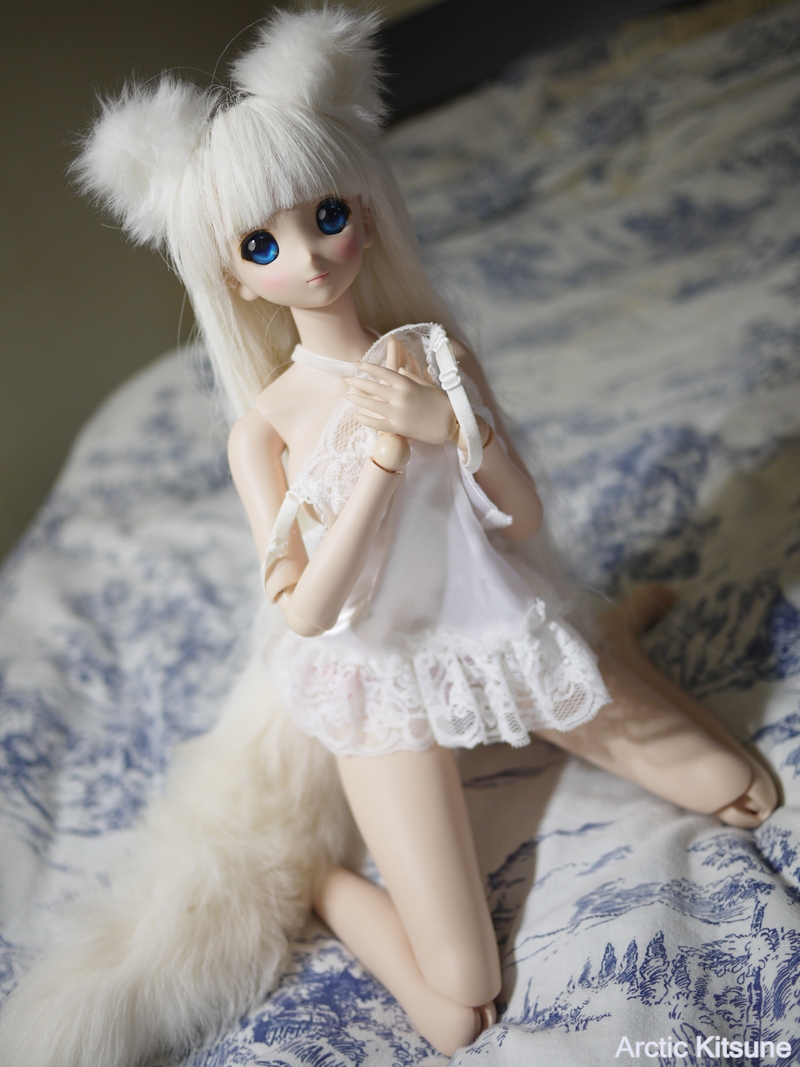 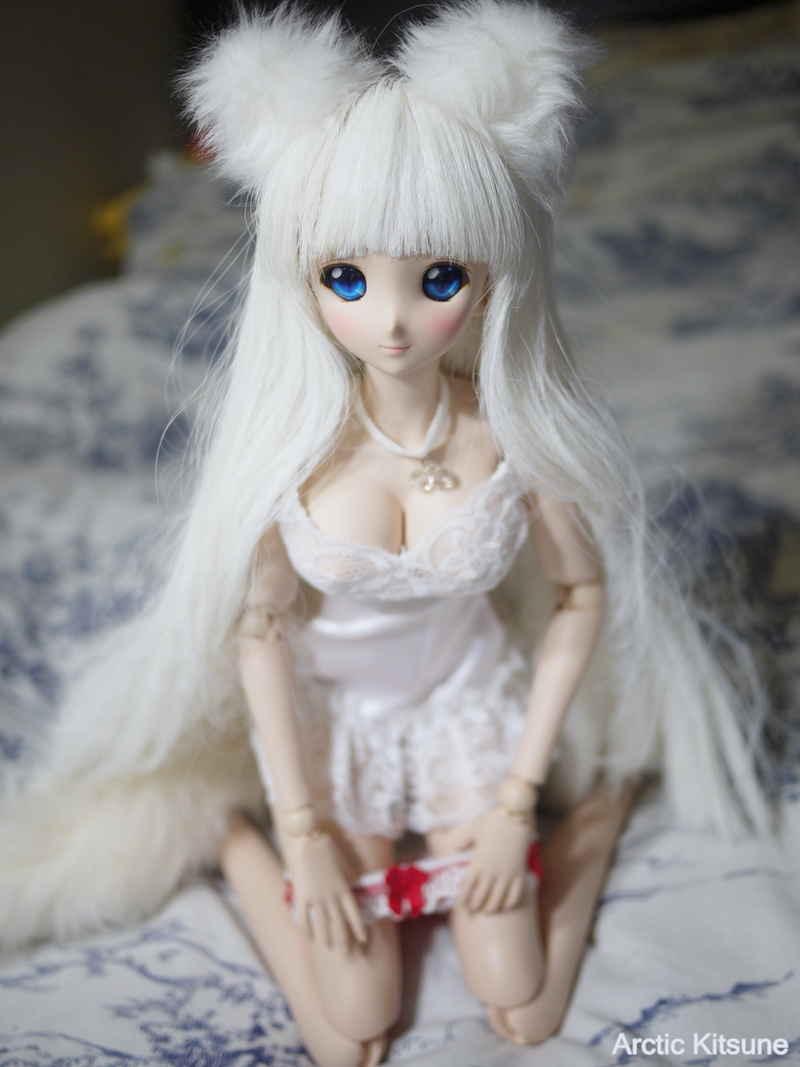 If her wig could behave more like it does in the pantsu-pull on the right then I’d be more pleased with my Varakitsu images and the wig. I want the wig to cover her human ears. I’m pretty sure that’s what keeps throwing off my images for me. It also assists with making her look more princess-like.

Apologies for the low-quality images. This was supposed to be a a ‘private’ image-share to myself but I’m sharing these because people actually found it neat. Something on the side that I now need to replicate in an actual photo-shoot after the Ferrari Festival of June 13th. This post is a “filler” blog post so hoping you can enjoy these images regardless of the overly quick-snapped manner. They weren’t meant to be shared in the first place.

The real reason I wanted to blog was to share an image that I also posted up on the main page on this blog. An image that is someone else’s take on my gorgeous foxy. The ears are also from when Varakitsu still had her giant ears. You can also find the same image – here – as well. If you see this elsewhere then I ask you to have the image pulled from that site, unless by ikeda herself. If you do stubbornly share this then at the very least source it and DO NOT remove the watermark. Be respectful.

I had this image commissioned back in GAnime 2014 to see how she would appear in 2D form. Quite nice and I approve.

Thanks for viewing and hope you enjoy these brutally quick quick-shots and the lovely 2D version of Varakitsu.

Ferrari Festival posting is next along with the actual Varakitsu photo-shoot following soon after. Hope you’re looking forward to both, especially Vara’s summer posting.