Heyo! It’s been a long while since I blogged with me itching to add more content up onto here for others to enjoy.

For those that have been loyally following me, I thank you very much! I do apologize to those I may have insulted & irritated through my blogging years in the anime zone. I do understand if any of you want to push me away. I want to apologies to Technohornist (American KanColle Admiral & figure.fmer) the most with the “Ottawa Doll Group” following after that. I”m aware I have been rude, and I do apologize. I know I shouldn’t make excuse, yet blame it all on my ISP, Anime, gaming, and personal issues that I allowed to flow onto the web. That’s not what I wanted to blog about, yet felt the need to apologies to you fellow comrades.

I’m also having issues visiting various hobby sites I used to go to so I’ve become highly silent there.

What I actually wanted to make note of is my ISP issues and how much I hate my previous long-lasting ISP – Bell Sympatico. I’ve been with them for about a decade (longer if you count phone use before me) with them refusing to allow me to pay them pack. I jumped on their Bell Fibe bundle during the early spring with negative signs showing up then. I tried getting it all settled with them refusing to allow ‘us’ to pay the bill so I’m now stuck internet-less. Most likely for the better, yet irritating when you need to get things done.

I do blame my anime for those issue. Bell made the issue FAR worse by not allowing me to receive one ‘security’ text through a registered cell phone to give them the necessary funds so I ended up being, blunt put: “Fucked in the ass”. I had two “attacks” (possibly strokes) thanks to how much they stressed me out during installation of the Fibe & when they cut me off fully from their service. They were helpful in extending for KanColle Spring 2015Â event, yet refusing to smooth things over with the final payment. They even booted me away while being overly hostile in their formal, yet passive-aggressive manner.

I don’t blame Bell for their business formalities with the funds I piled up. I do however want to blame them for how they’re preventing me from paying them, how they pushed me away, how they plotted & planned to put more false costs onto my bill, among other passive-aggressive actions. They pulled various schemes to provoke me, disconnect me, while treating ‘us’ like a pile of shit. I’m not allowed to pay them unless I wrap the funds in a golden treasure chest of some sort……

I’m switching my ISP to something unlimited so I don’t have to worry about these possibly “stroke-spawning” issues. My friend also had to yell at me to finally push away from Bell while assisting me in finding me a “proper” new unlimited internet to use with some other service. I’m hoping it shall be smooth sailing from there. I thank my friend for the assistance.

I was able to acquire a tablet to play KanColle because of the main event. An RCA W101 Tablet with a laptop keyboard accessory for moving about & more focused tasks. I acquired the tablet around the beginning of August with me able to do E-1 & E-2 while painfully pushing away after that.Â I’m pleased to note that the event was minor, yet acquired Kawakaze in the end. I wish I was also able to acquire Umikaze, the white haired & blue-eyed girl. I was able to also ‘Kai Ni’ Jun’you. I wanted to play more, yet kept being disconnected and ‘Catted’ with the frustrations of my ISP not allowing me to pay or play.

Once I jump onto my new ISP (Start) I’ll happily treat my lovely KanColle girls kindly. If allowed. There’s more that need to level, Kai Ni, acquire, and more maps to unlock. I’m waiting to switch to my new ISP so I can start sorting my lovely ladies. When I do, I’ll post up my August log to make note of my accomplishments in that event whenever I’m allowed to have internet again from my new ISP.

I played the event from roughly July 31st to August 14th, 2015 while looking like a retarded idiot wherever I could acquire wi-fi. I did hasty bucket runs with me actually playing the event from August 10th to roughly 14th. That’s how dedicated I was towards KanColle while highly frustrated with Bell. I feel handicapped when it ocmes to blogging & Busou related materials, yet happy I was able to keep up with the news.

While playing KanColle I felt overly patriotic to the Canadian side of WW2. I researched Canada’s history heavily during WW2, some in WW1, and even found some neat pre-WW1 ships to find; Equally with modern & future vessels to sail. I wanted to pay my respects to the RCN mainly from WW2 while pushing anti-Canadian sentiments from the Americans to the side. I tried mapping out a fictional Canadian, Europe, and other places to roam around at. I tried giving the ships their human form while trying to keep to their KanColle inspiration.

I however need to wait for my funds to come in so I can purchase more tile-sets, more assets, and more creative options to have fun with. I halted the game making because of missing assets that’s needed.

I’m only showing strong anti-American sentiments because of how Americans guilt trip Canadians into believing we fought in vain, we have useless vessels, and that we’re a pile of shit. We Canadians in turn are docile with us not feeling any pride….It’s a real shame. Besides myself & 00Myuto, there’s really nobody else. I hate the lemming KanColle population whom are blind Americans. I do however strongly respect those that try to break that barrier.

I’ll push this more when I can afford to do so. I’m even trying to push it into Rising World in some form. I’ll add this game onto Steam once it’s actually ready to be played, yet may find itself delayed from numerous distractions.

I’ve been following loads of indie & fun games that I’m wanting to play once I gain access to a new computer. I’m hoping to get one that can run these games at their max settings, if not even higher. Here’s games you should check out. Click the game name to be sent to their game page.

I’m hoping to find myself playing this game while also streaming & upping this onto Youtube through an unlimited internet manner. I want to have fun playing this game. I’m allowed to have fun with this, yet still need to also acquire funds to gain the appropriate PC to play this. Hope to see you observing me play when I do get around to doing such. 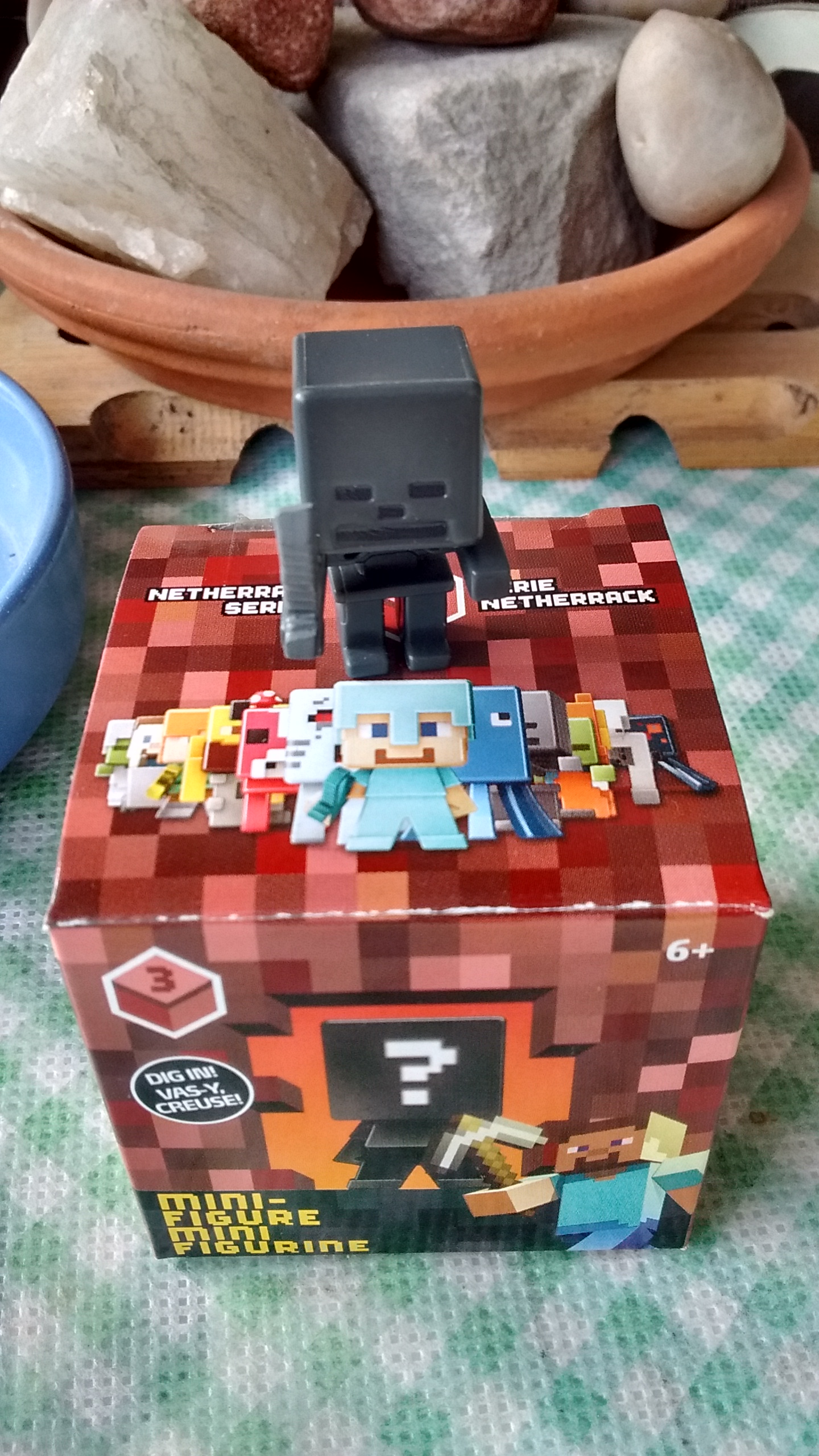 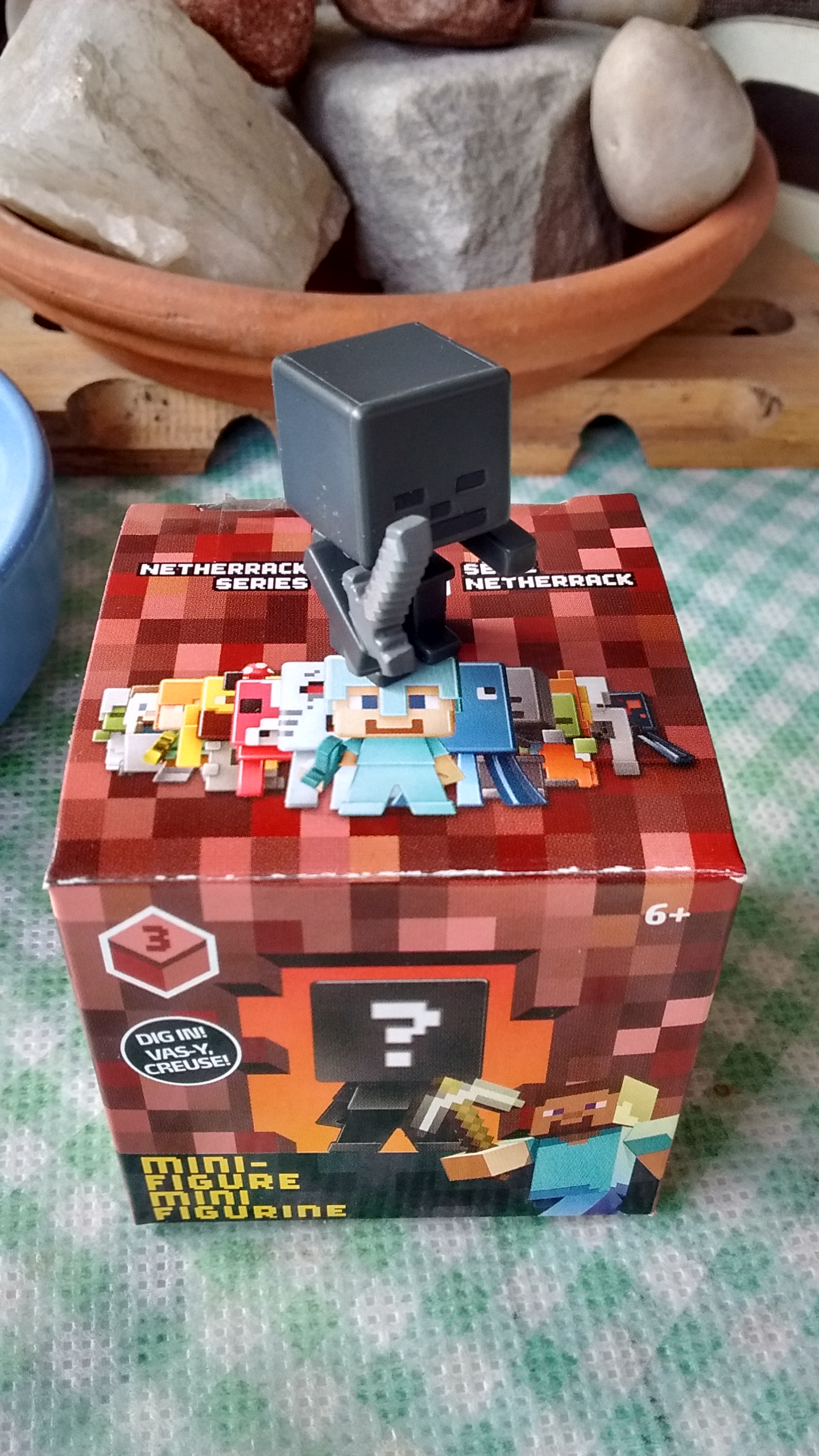 For the fun of it I decided to stroll through two Wal-Mart toy department areas to find both Star Wars & Minecraft toys. I saw both actual figures & Lego sets, all new, to enjoy. I decided to humour myself by purchasing this special little surprise Mojang Minecraft box thing for $4 Canadian. Quite costly, yet amusing because I managed to acquire a tiny ‘Baby’ Wither Skeleton you’d find in the Nether from the ‘newer’ updates.

I decided to push away from Minecraft after all the bullshit I went through in it, while also frustrated by Mojang’s refusal to fix boats de-syncing. They failed to add in more variety to the boat selection. From both a SMP & game option I stopped playing, yet still feel strong connections to paying respects to it. I may play it again if I can find a ‘comrade’ to play it with again. I also need to take images of the Enderman I bought from Ottawa’s Comiccon ages ago…

Once I gain new internet I’ll go blogging more images of this little guy, the Enderman, among others. All I’m waiting for is to gather enough funds to get rolling again. Also has to be “weather willing” because I won’t go out in rain or when it’s humid.

Thanks for reading and thanks for being loyal followers to my blog. 2015 has been an outright bitch for me that I’m in damage control mode. I’m aware there are those that want to see more Busou Shinki content, and I do have good news there on two fronts – 1) A new custom figure line shall take care of it & 2) I’ll take more around October, ISP & funds willing. I’m also wondering if people want to see more Varakitsu images because I can also tend to her within 2016. I know they (you folks) want to see Busou Shinki, but what about Varakitsu? How do you feel about her? I never could get a clear answer from people. I guess I’m a failure in Doll images while being awesome in Busou Shinki ones.

Thanks for reading & hoping to be posting new content around the October mark, or latest in November.