Heyo guys! Another lovely Scathach posting, this time relating to a video preview character clip of our favourite Servant showcasing her attacks within Fate/Extella Link.

(All images belong to ‘Fate/Extella Link’, ‘Marvoulous Inc’, and related.)

As I have expected they left the “best” Servant for last for the world to cheer for her arrival in the form of – “SHISHOU!” – because of her powerful nature and beauty. I simply admire ‘Shishou’ for simply being neutral minded, serious, beautiful, powerful, and fearful. She commands respect, as she does F/GO & Fate/Extella Link that she’s an amazing Servant to have in Fate/Extella Link.

We now get to see the lovely elegant & sleek Scathach in action within the below video:

My love for Scathach comes from her being my first actual high ranking Servant in a Gatcha pull on F/GO that she is viewed highly & dearly to me. Images are also taken from the Youtube video above the best I could manage without any external help. Didn’t want to risk any “bugs” roaming about ruining things.

Scathach appears to be able to do ice & fire damage, something I find foreign to her character. She however retains most of her abilities & attacks in Fate/Grand Order which are carried over into this game. All her lance attacks, lunges, and similar. Problem however, I could not obtain those screenshots clearly because of how she blends in with her scenery, something which may be her passive trait as well for her combat style that you’ll have to view such attacks in the video above.

She herself is death, desires death, thus she hides within death similar to an assassin…probably why she gained an Assassin class version with added with one of those moves seen in the video clip. Her Assassin Class lance kicking upward then downward is her Assassin Class Noble Phantasm, something they unified for this Scathach in Fate/Extella Link. She’s a lancer class, yet her attributes lean towards assassin with her desire for actual death for her immortal life. 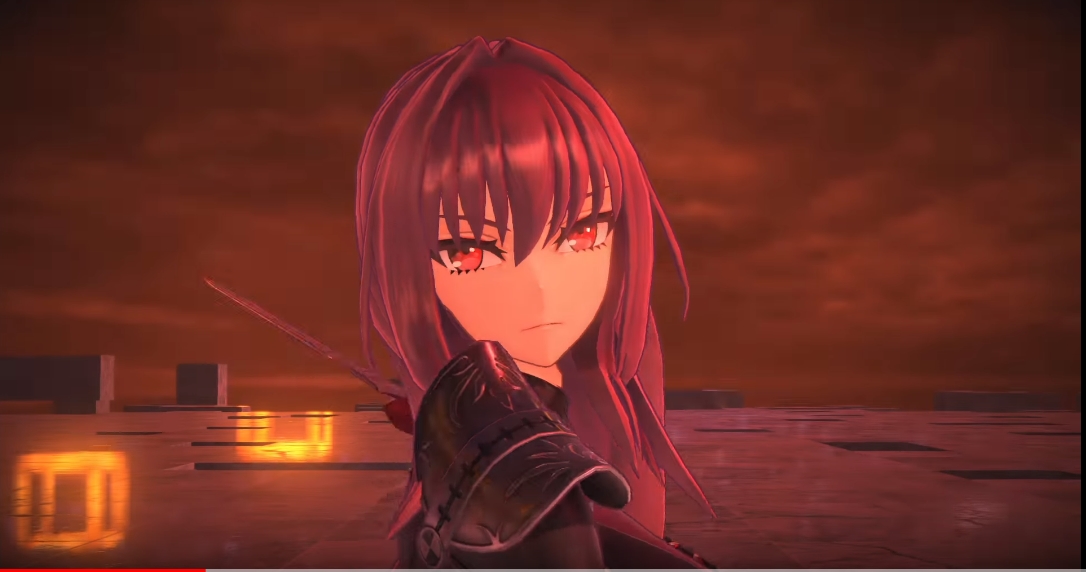 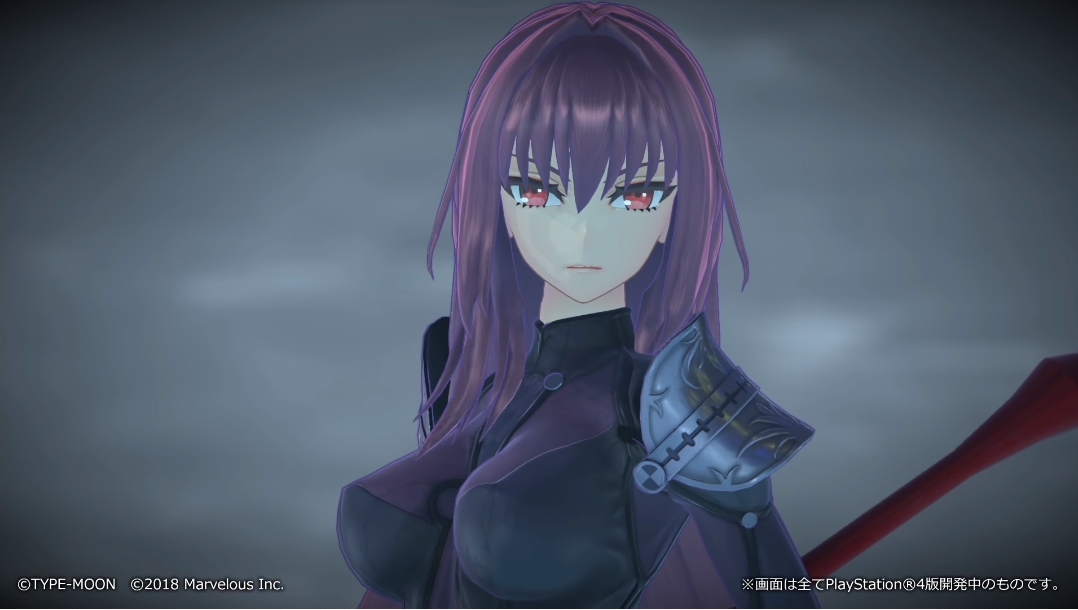 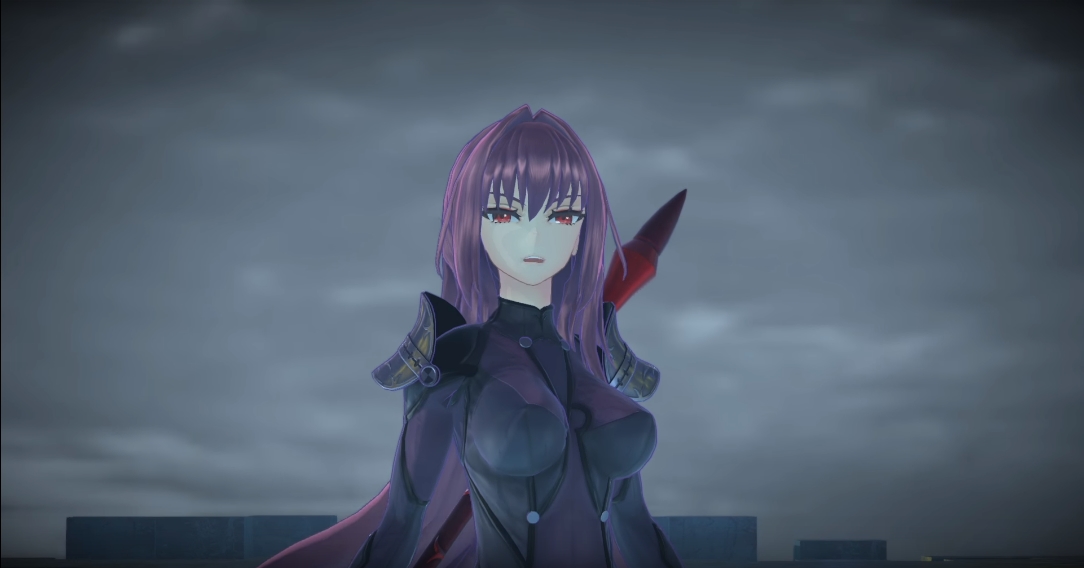 What caught me by surprised is how they did not have her use her Noble  Phantasm in Fate/Grand Order, yet a new one named ‘Gate of Skye’. This ‘Gate of Skye’ sucks up all her foes into a new dimension, something you could imply being the world of death that she resides between, thus her appearance and red eyes. She loves on the border of life and death, thus her appearance and immortality.

The “best” (perspective) Servant saved for last that I’m genuinely happy she has finally been shared. She’s my favourite Servant because of her being serious, “mysterious”, grounded in personality, as well as how graceful/elegant she is in general. Everything she does is “smooth” that I favour her more over her beauty & being my first high ranking Servant in F/GO that I love her character. Can’t wait to fight with her in the field on the Steam PC version of things. I however wish we had an open world to explore and fight in at random. She’s my favourite Servant that I also use her as my avatar in VRChat (here).

Don’t mind me, just nerding out my favourite Servant has been showcased/previewed finally. I’m nerding out so much that all I want now is to hear her official musical theme. <3