As of Monday, May 26, 2008 I aquired Gundam Kyrios for $71. Well I feel that the price was a rip even before I bought it but since I wanted a new Gundam model I paid for it. At first I thought it was going to be as small as my Stargazer Gundam, however, it ended up as big as my other big Gundam models I got. Well I was hoping to get a big one so my mind kept shifting and getting paranoid I was going to get a small one again sine the effort for the smaller figure sized are half a wasted effort.

Going to show the box art and then images of when I was building it. The pictures were taken by a Sony Cyber-shot DSC-P41 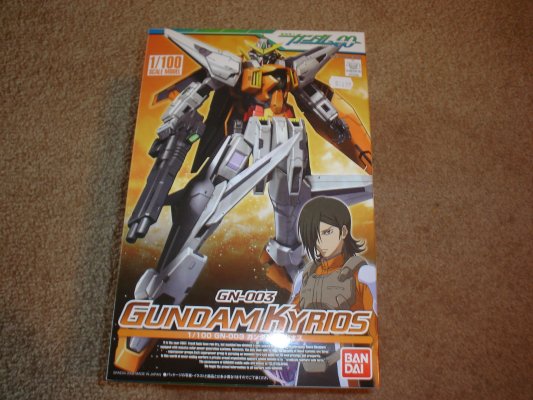 END_OF_DOCUMENT_TOKEN_TO_BE_REPLACED

Well since it was nice out I thought I should go out and see where I could go. I looked up at my desk thinking if I should take a figure to take pictures of during bike stop breaks. I saw that Mini-Saber and the new Revoltech Saber so I brought her along. Got on my bike, went on the bike path, headed towards Mud Lake to find people looking at the Canadian Geese with their baby Geese. I stopped, got off my bike and got sidetracked for a good 10-15 minutes while I saw another guy trying to go fishing with a fishing net.

(Click the link button under the images for bigger images.) 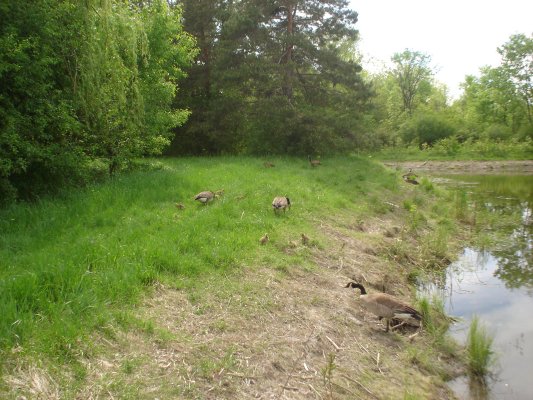