I just feel like flying for these past few days and weeks that I picked up IL-2 1946 Sturmovik. I obtained IL-2 from Steam for just $10 CAD (Canadian), and been wanting to play it for the past 2-3 years. I’m also pretty sure that the majority of people already have this within their possession. I’ve been holding offÂ  on this because of Flight Sim X, Figma’s, Shinki’s, life, and because I couldn’t find the hard-copy. Also, this article isn’t purely aimed at the IL-2 1946 game, but the the J7W1 Shinden itself. I wanted to focus on the Shinden.

I have to thank Kodama within the IL-2 modding community for this gorgeous plane! 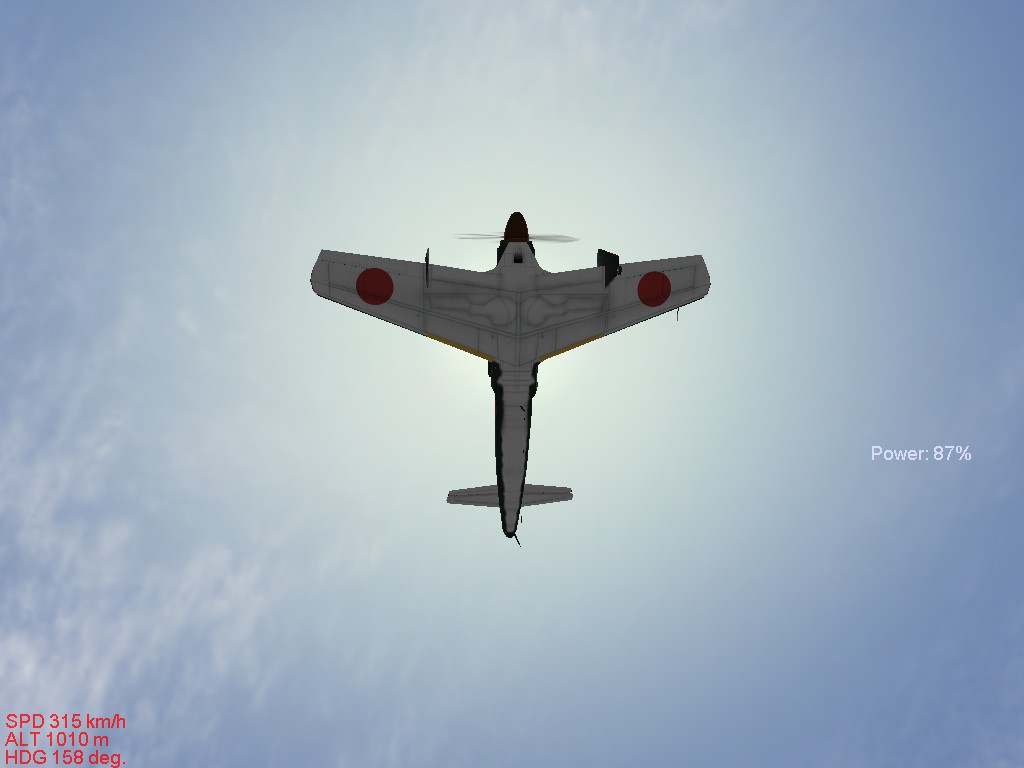 Disclaimer: I’m not the one that made it, but simply bringing this into the spot-light! I just want to share my favorite plane that was made by a highly skilled Japanese person named Kodama (within the IL-2 community, not the one from figure.fm) because the quality of this plane is just awesome. It rarely finds its way into games and needs some form of spot-light in appearing in all Flight and WW2 related games.Â  It’s doing a bit better than the Avro Arrow when being featured in such games! If you want questions answered then poke Kodama in the links I’ll provide below, not me! If he doesn’t want me to have this article up then I’ll simply delete this ASAP.

I thought that disclaimer was necessary. Moving on!

Why am I focusing on the Shinden so much? It’s a very beautiful looking plane, highly detailed, very powerful, quick, unique, and could of prevented nuclear attacks on Japan if made earlier…But that’s a “would of, should of, could of”Â  situation that should be left alone, unless I wanted to spawn trolling comments which I don’t want. This plane is also quite a beast, and makes for quite an enjoyable ride within the digital flight sim realm. When in the sky it just wants to fly; it revolts when you push it a bit too hard (both FSX and IL-2 version).

I’m probably giving it more credit than necessary just because it was a unique Japanese prototype.

Another reason why I like the Shinden is because nobody really wants to do a quality Avro Arrow add-on (freeware and payware) for either the FSX game nor any other Flight game. I’ve tried all kinds and they fail in one way or another. If there is a decent one out there, somewhere, then I want to know about it ASAP! 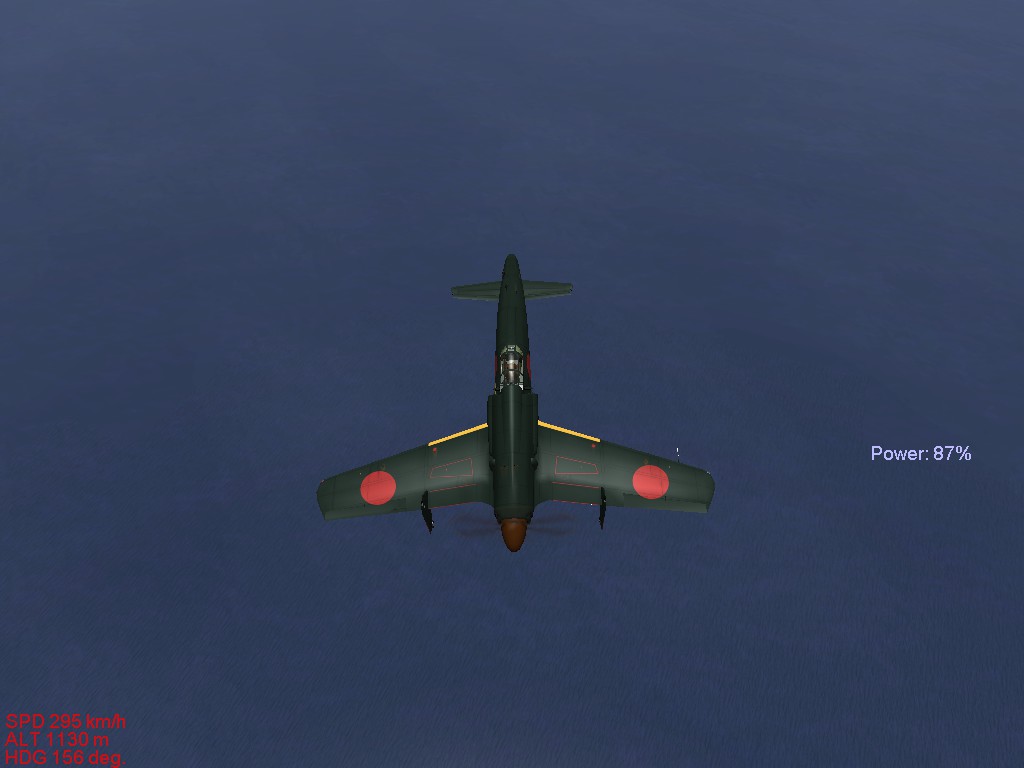 (Link – MySite) – Flying towards the enemy! 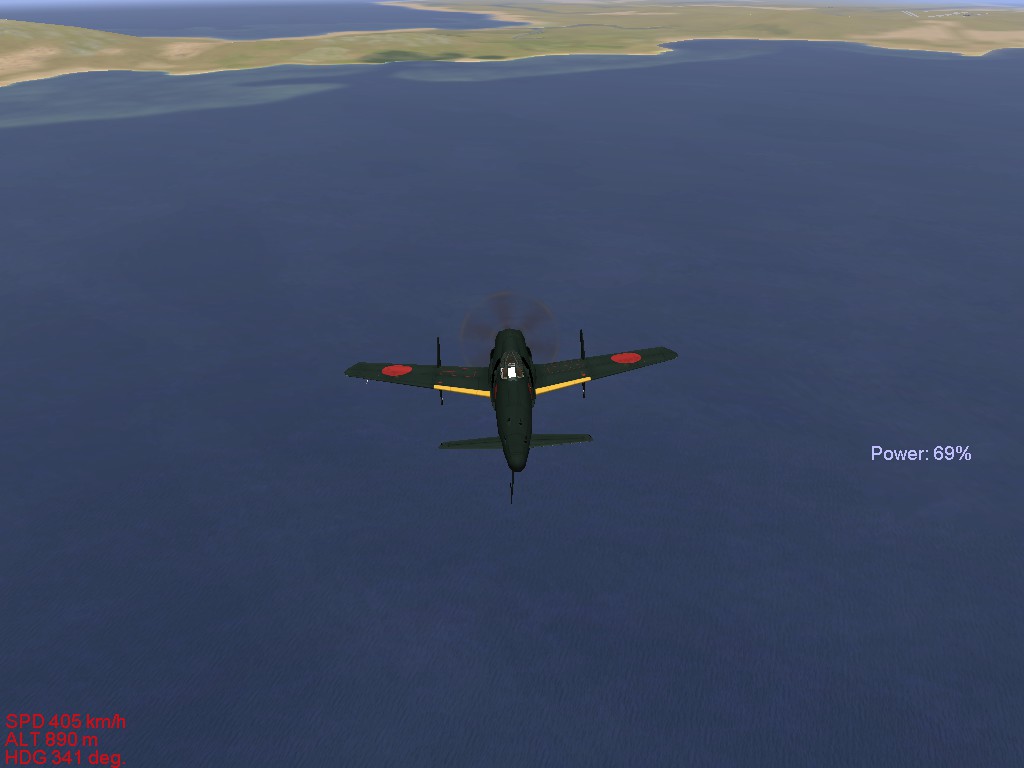 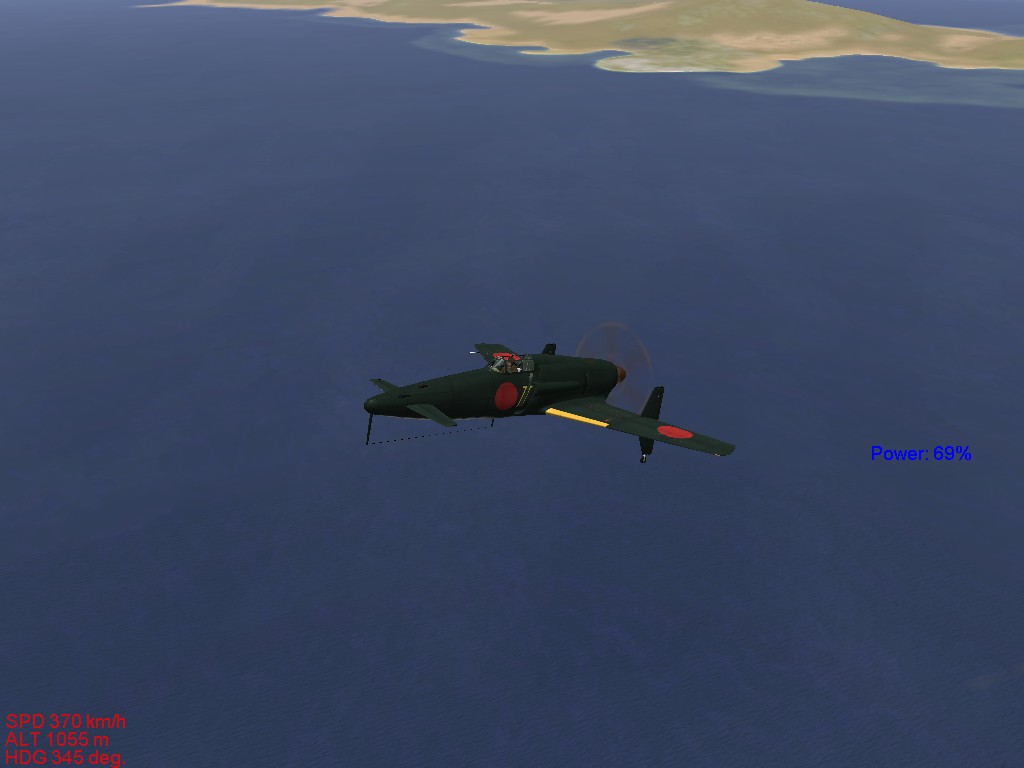 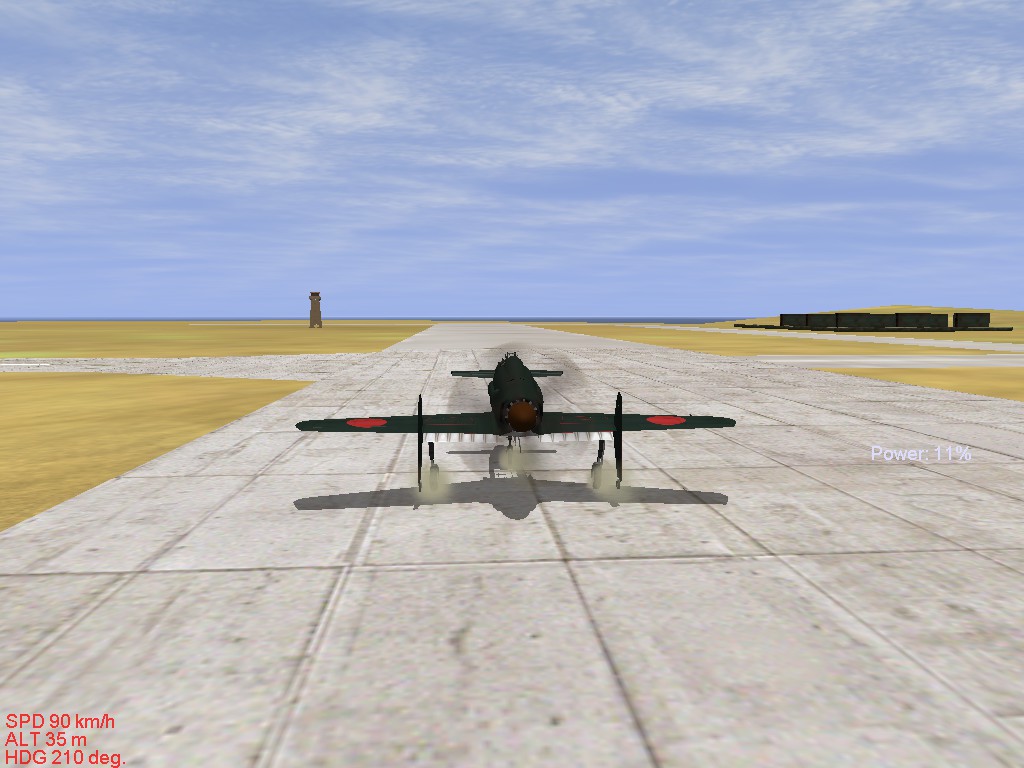 (Link – MySite) – As an interceptor, you’ll see it land back at base within 10-20 minutes. Longer if unlimited ammo is toggled on in real life, and in game). 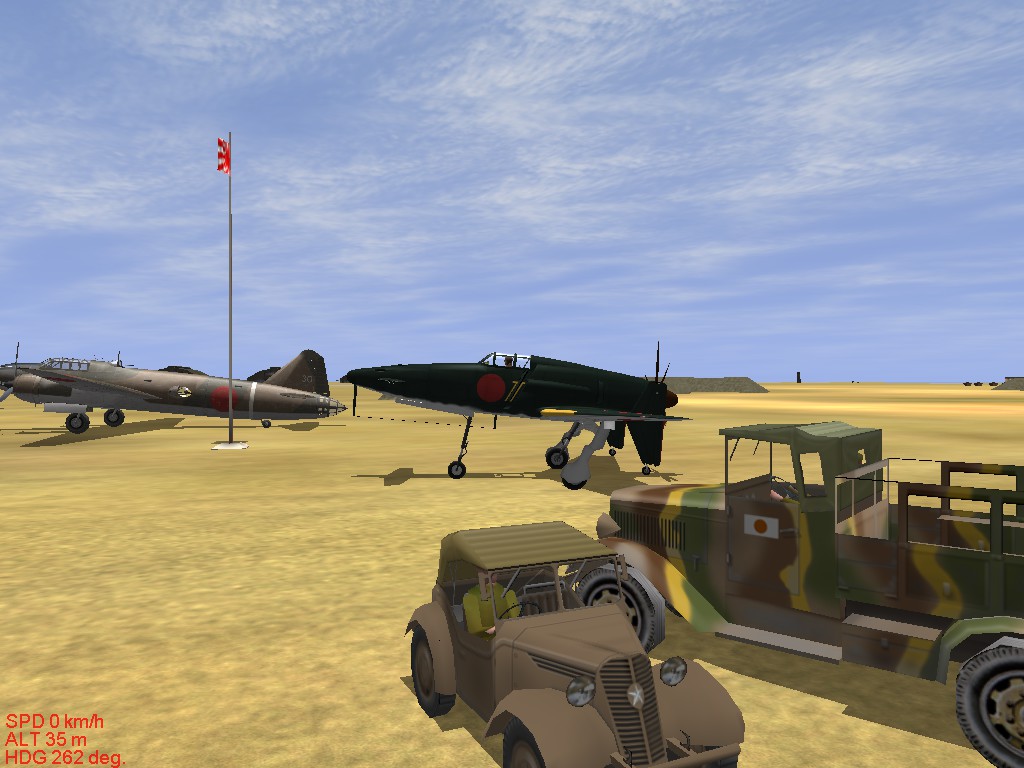 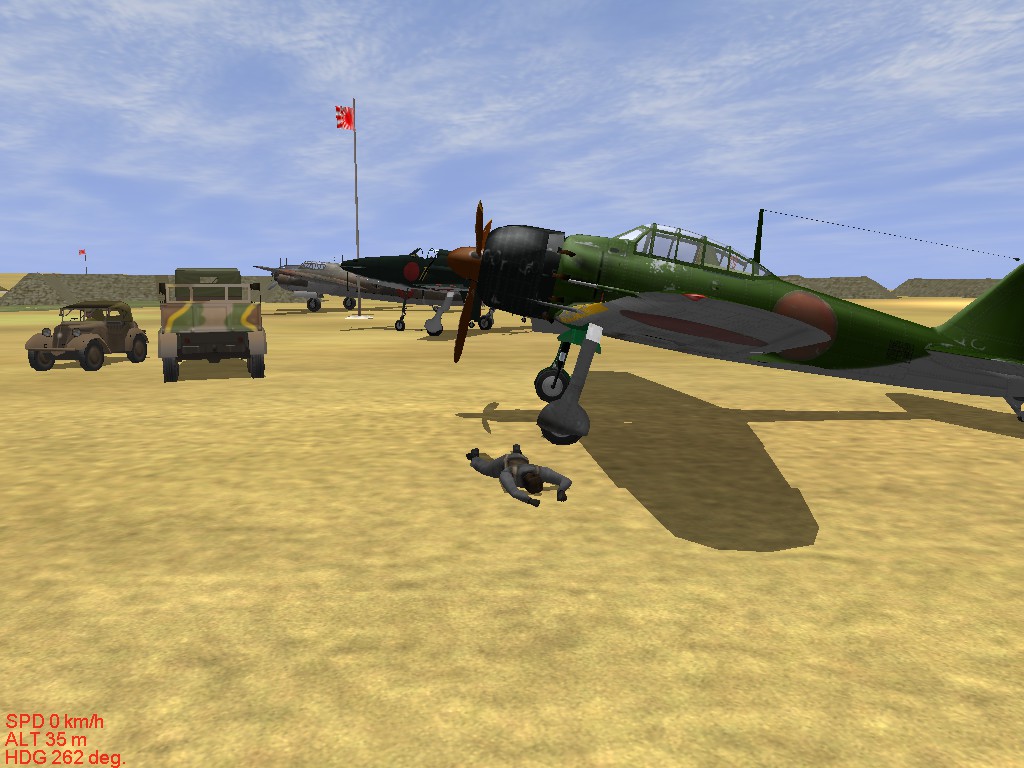 (Link – MySite) – When in service, do not Kamikaze! Or eject randomly!

I’ve been playing the Okinawa map over and over again with MK 2 Boston bombers to hone my skills as swiftly as possible. I’ve teamed myself up with other fellow Japanese pilots to down as many American bombers as I could. If you want, consider the following videos as my training videos. Or you could take the second video seriously as my actual combat.

Another reason why I made this article is because it’s a pain to search for all the files separately. I decided to spoon feed those that are new to this while I spent nearly a whole day searching for the proper files and mods needed. This could also help those pro’s/elites/regular players that lost their bookmarks or similar. Hope it helps! 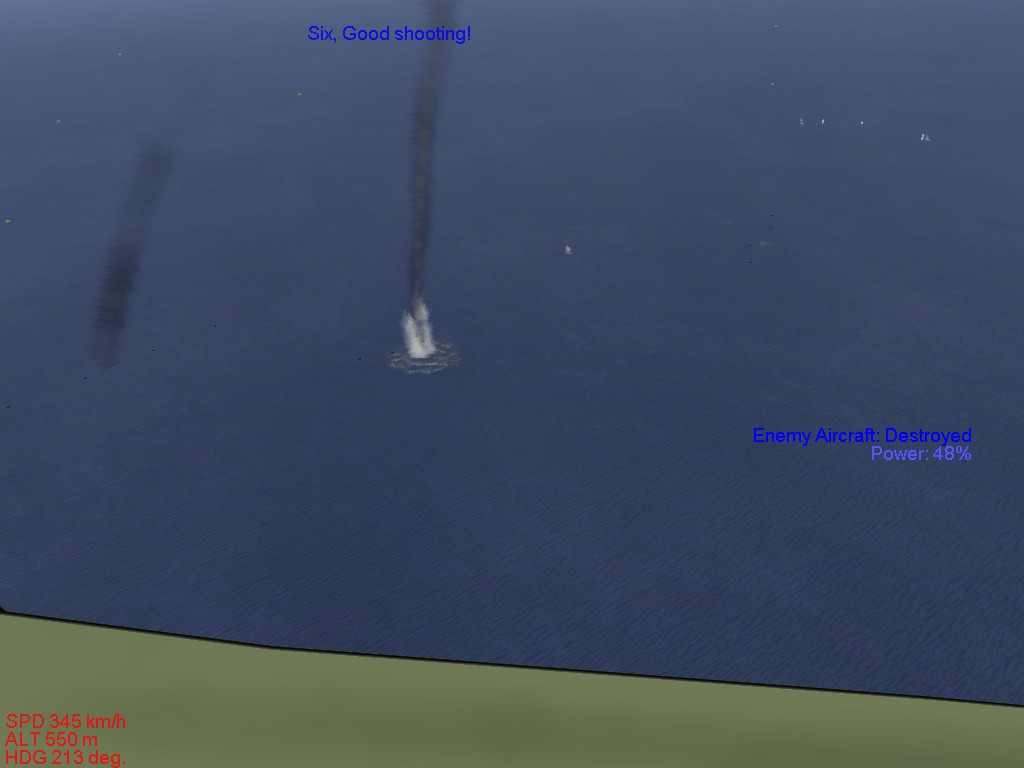 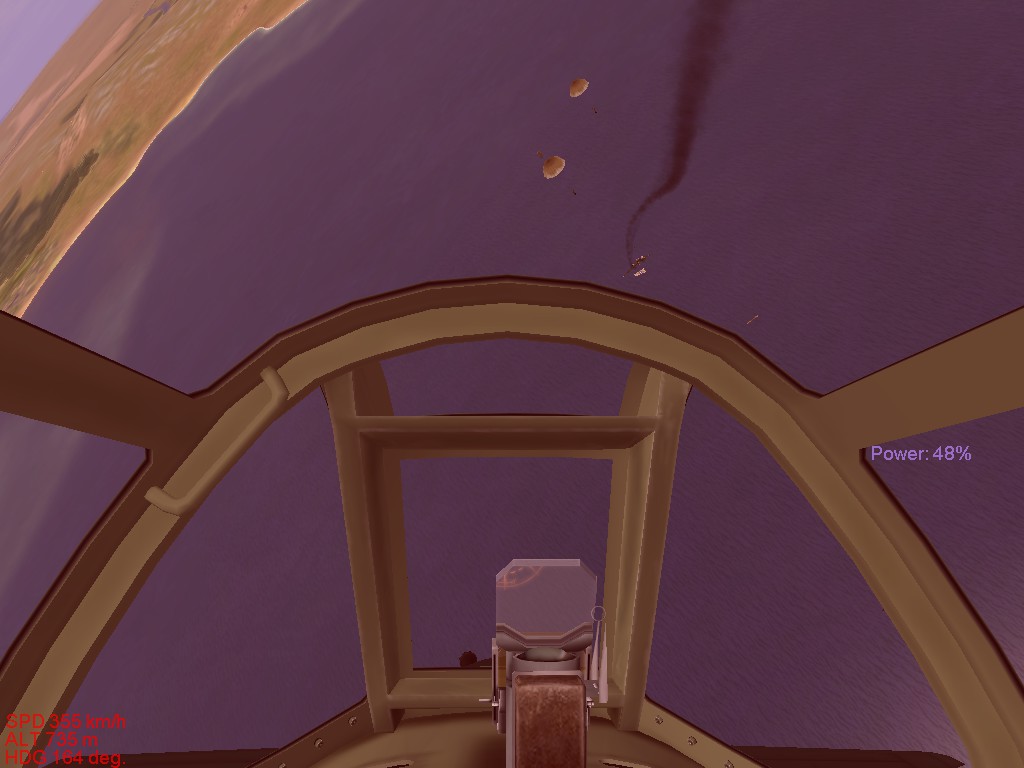 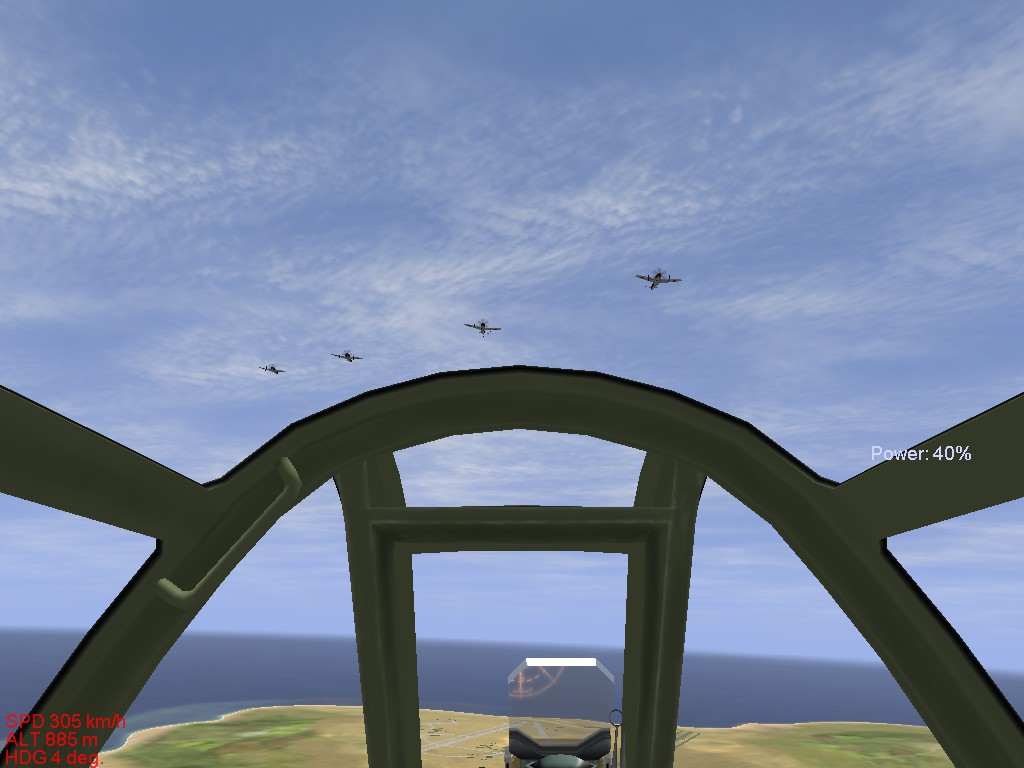 (Link – MySite) – My more experienced J7W1 pilots in formation. They always leave me behind :(. 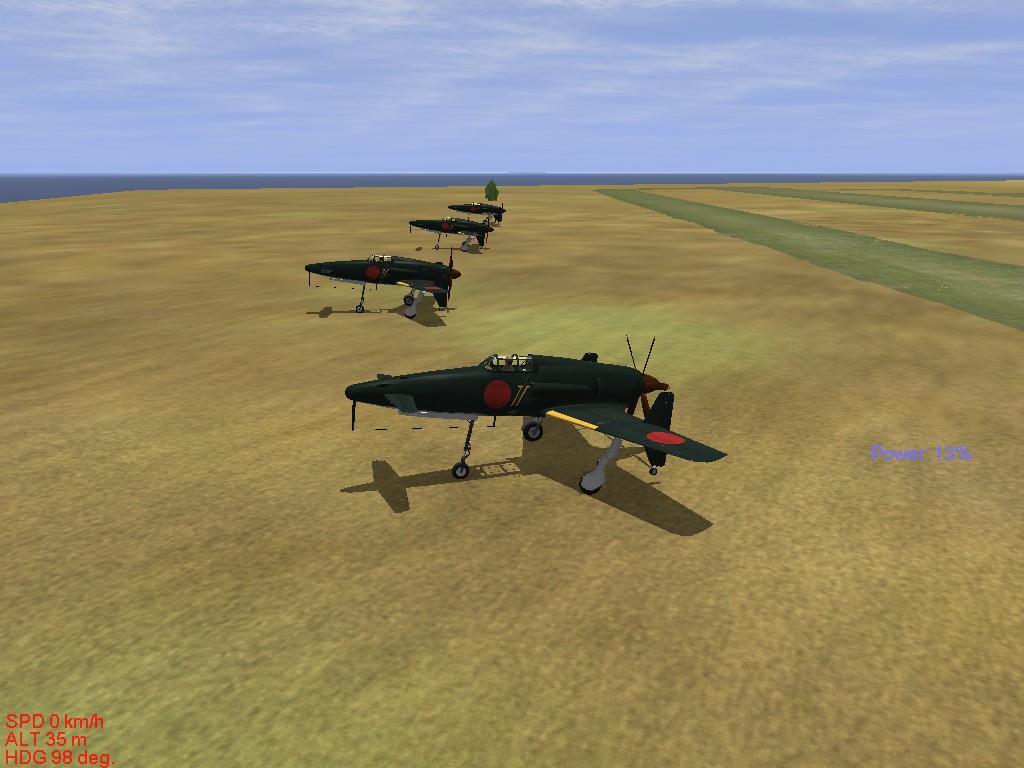 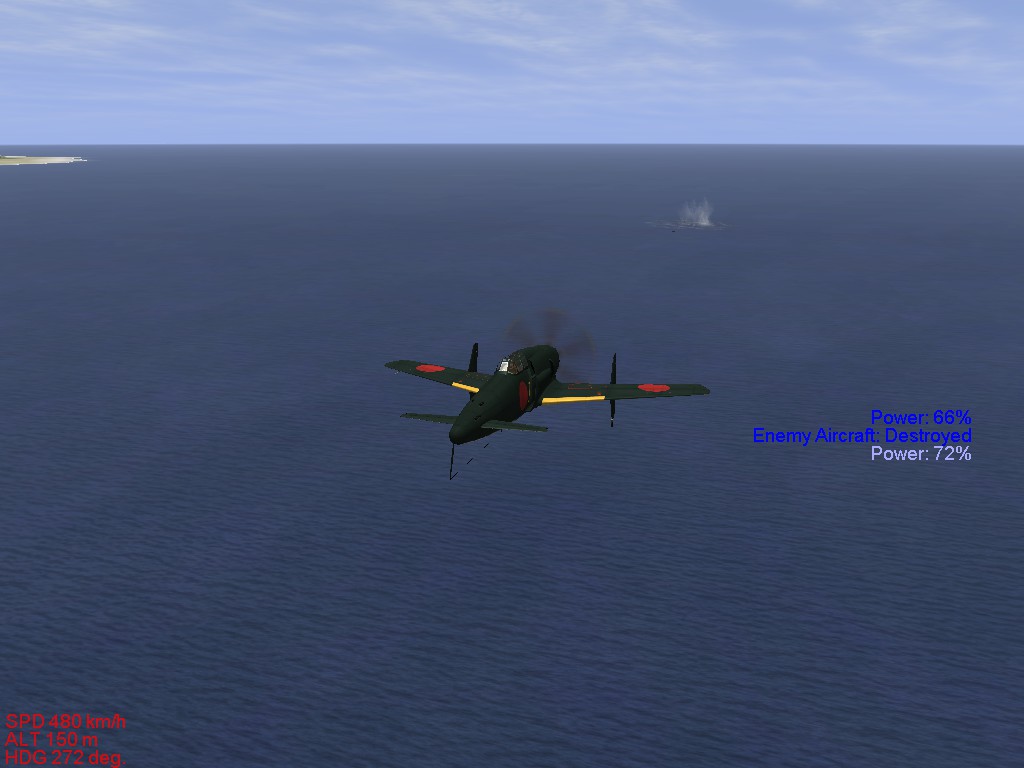 (Link – MySite) – But for now there are more missions to be done!

If Japan was to have it their way there would of been a “Kai” version of the Shinden. The plane was a response to the American’s Superfortress bombers. But it’s such a shame that this plane never saw combat to show what it could of truly done. The Americans stole one and scrapped the other which is stupid, but understandable in a military stand-point. Could of been used as a museum piece at least!

Would be awesome to see someone make a 1:1 scale replica of this Shinden for airshows and museum use. Engineers that made a non-flyable 1:1 model of the Avro Arrow did such and placed it in the Toronto aviation museum. Would be nice seeing replicas for educational and airshow use!

If you are unfamiliar with this plane then feel free to head over to Wikipedia for the basic information!
– http://en.wikipedia.org/wiki/Ky%C5%ABsh%C5%AB_J7W

What a fine little birdy she is! With it’s size I could imagine a massive bee-hive inspired swarm harassing Allied bombers, as well as keeping fighters at bay. If you add many into numerous squadrons then that example could probably be “brought to life”. It’s a plane to be wreckoned with, and a plane that shouldn’t be carelessly piloted either. The problem with it is if you try to turn suddenly the plane forces itself into an unrecoverable death-stall-spin. It would spin and spin and BOOM! Basically kamikazing itself without a target. Also because of it’s size, the ammo load within it lasts just enough to down 6-8 bombers, or more if you’re pro in conserving ammo well enough.

I would recommend spending the $10 on IL-2 so you can download HSFX and then finally fly the J7W1 Shinden in the way you want. What else would you spend the $10 on? Minecraft? Terraria? You already have those!

– Highly detailed in both FSX and IL-2 world. Kodama did an awesome job replicating this birdy for the IL-2 game. The exterior and interior are highly well designed, textured, and animated.
– Whenever you get hit the Shinden bounces as if you hit turbulence. My point being it doesn’t shatter instantly. It can hold it’s own fairly well!
– I love how the plane has enough ammo to shoot down a max of 6-8 aircraft (also labeled under con). Makes for nice realism!
– Ground handling is awesome. The suspension on it (if it has any) can support a rough landing, as well as taxiing to parking spot.
– Even though the aircraft has an unstable design it can fly smoothly within the air. Take it for a simple cruise/joy ride while mindlessly avoiding various flak guns!

– The plane is fairly unstable and loves to stall into a death spin, mostly to the right. I’ve tried recovering but it’s mostly hopeless. You get 2 seconds of false hope until it spins the other way. Do not turn suddenly or it will kamikaze itself into the ground/water!
– The size limits the Shinden’s ammo payload massively (Also labeled as a pro). It must be constantly re-supplied if it wants to continue intercepting enemy aircrafts.
– I still somewhat suck at shooting at moving targets, though I do have an issue with targeting part. The target marker within the cockpit is miss-aligned for some odd reason and won’t let me aim at the enemy planes properly. When I shoot the plane jerks (recoil of course) causing me to loose my target, wasting ammo in the process.

– Other:
– Because the game doesn’t allow you to refuel or to resupply you have to either “esc” to hit refly, or to land exit the game (your style). This kind of forces the play to turn on unlimited ammo to stay airborne much longer. Need to seek a ammo-resupply mod!
– The pilot ejection’s animation is limited by the game’s coding. The pilot will basically eject and do it’s standard animation before disappearing. You have no control over it which is somewhat saddening. Will simply ignore this.

Thanks for reading and hope you enjoyed another Flight Sim related article! This was to mix up the articles a bit just so they won’t always be about figures, Battle Rondo, Busou Shinki, and Renge. Needed some variety!