Hey guys! Today I thought I’d quickly cover the Anime, it’s OP’s, issues with Battle Rondo and Diorama studio along with some rambling. Hope you don’t mind? Well, lets get cracking! Might want some earplugs if I start rambling on :P. Depending on how these episodes release and how I blog I may try and review each anime short. 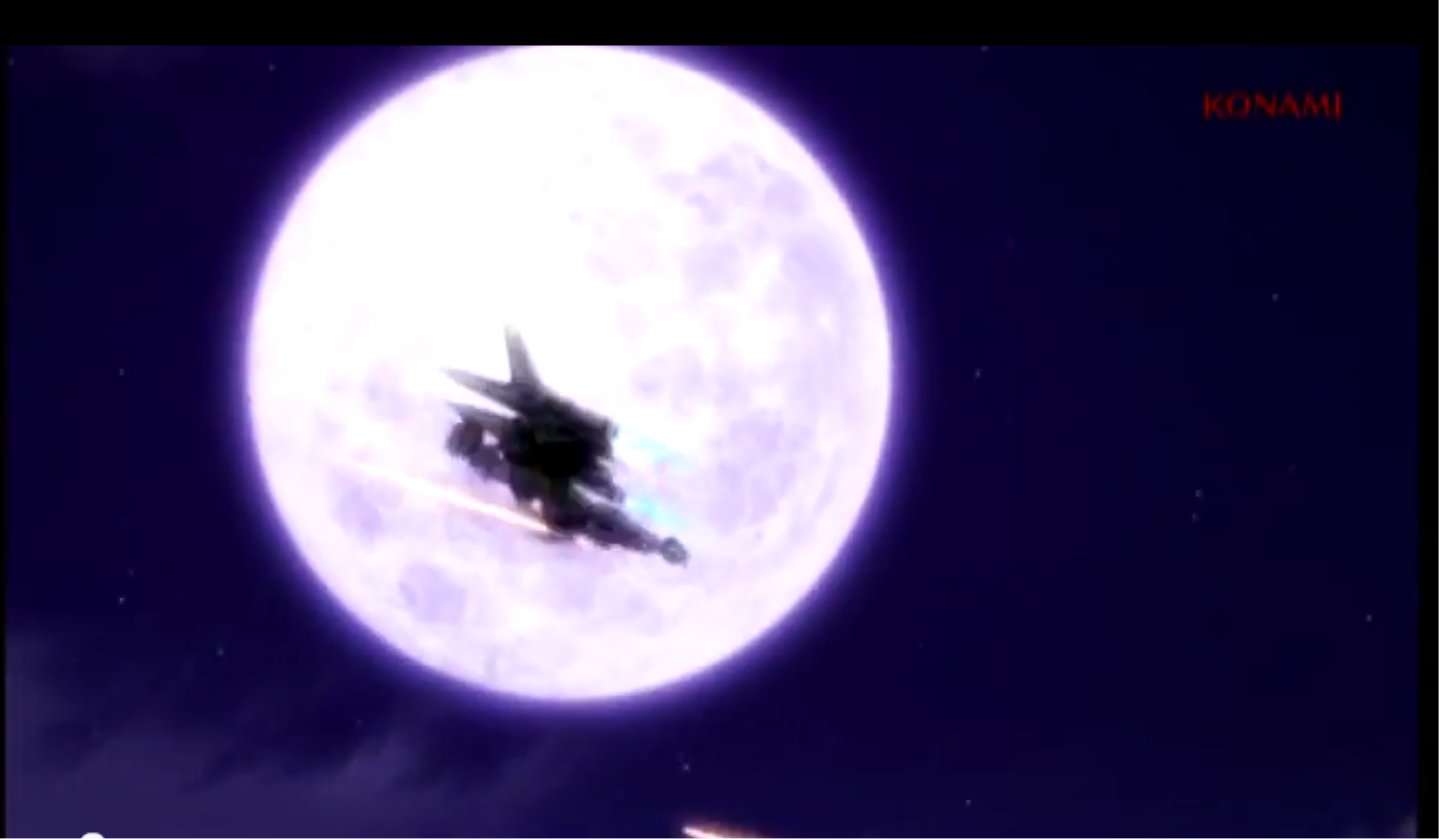 Many have heard of the new Anime that Konami is making – Busou Shinki – Moon Angel. This Anime is based off of the figure line as well as the Battle Rondo MMO.Â  It’s length is quite short withÂ  3-5 minutes per episode. The first episode was aired at Wonfes 2011 in very poor quality. Nobody really notified me of the stream so I saw the very end of it. The stream was uploaded the next day in a VERY poor quality form with people’s horrible comments showing at the top of it. You couldn’t remove it. Not my kind of sense of humor either.

Konami decided to be nice and upload a nice crispy clear “raw” (Japanese) episode that was aired at Wonfes2011 and now acting like a promotion for the rest of the shorts – Below video embed. There are more episodes to come on a weekly basis:

I’m actually quite happy Busou Shinki received an Anime. While waiting for fights in Battle Rondo I kept telling the person who infected me with this that Shinki deserves some form of Anime – an Anime short, a movie, or an OVA. Just something short, yet something to go along with Angelic Layer. Wait a few months and tadda!~ Both the fox spirits & Konami granted my hidden wish! Lovely!

Arnval looks cute in both the game and in this Anime; I feel very sorry for her in this Anime. For those not in the know, Arnval is a type Angel and you have a moon background in the show so – Moon Angel. Maybe it’s something other, but that is what I saw. 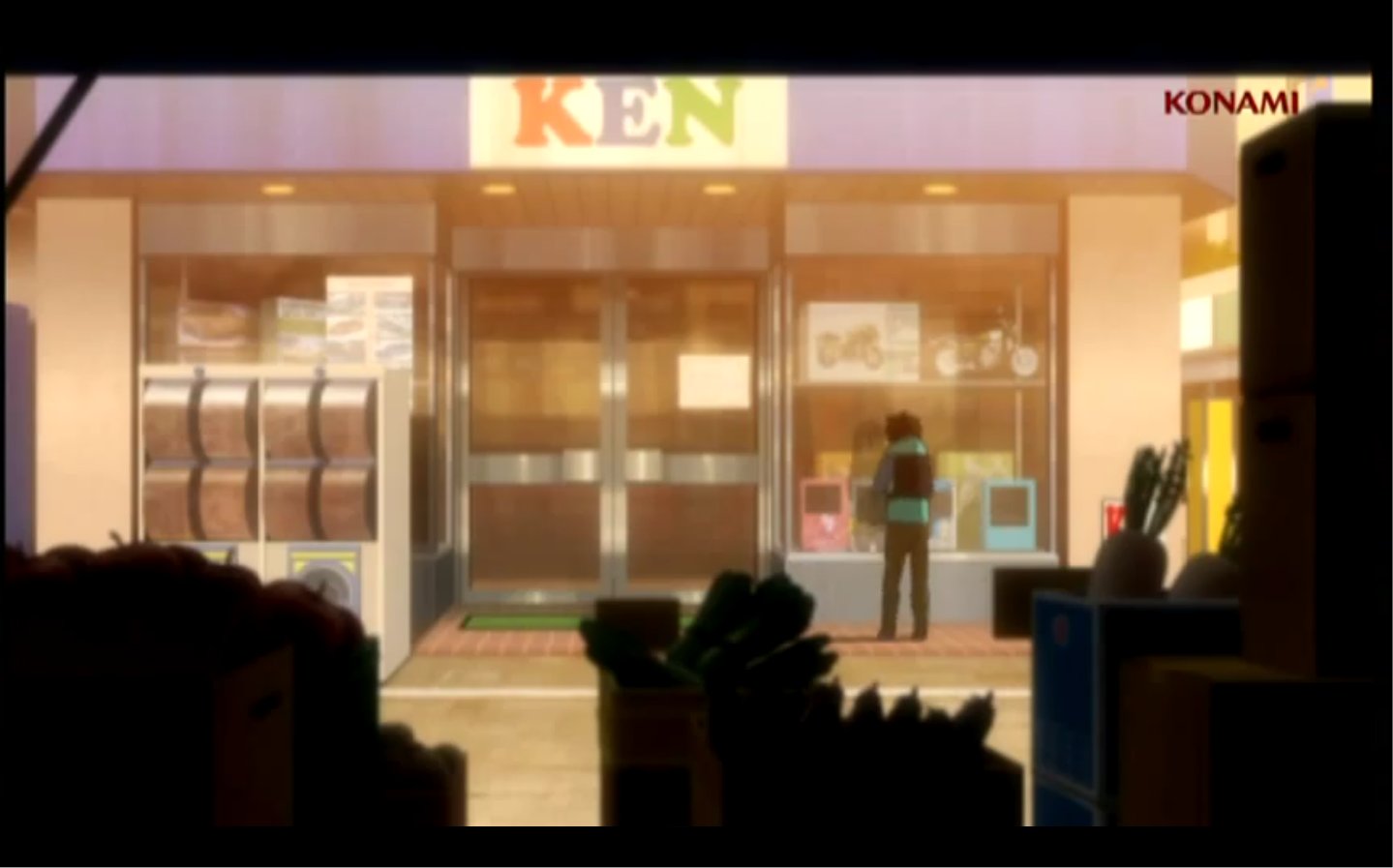 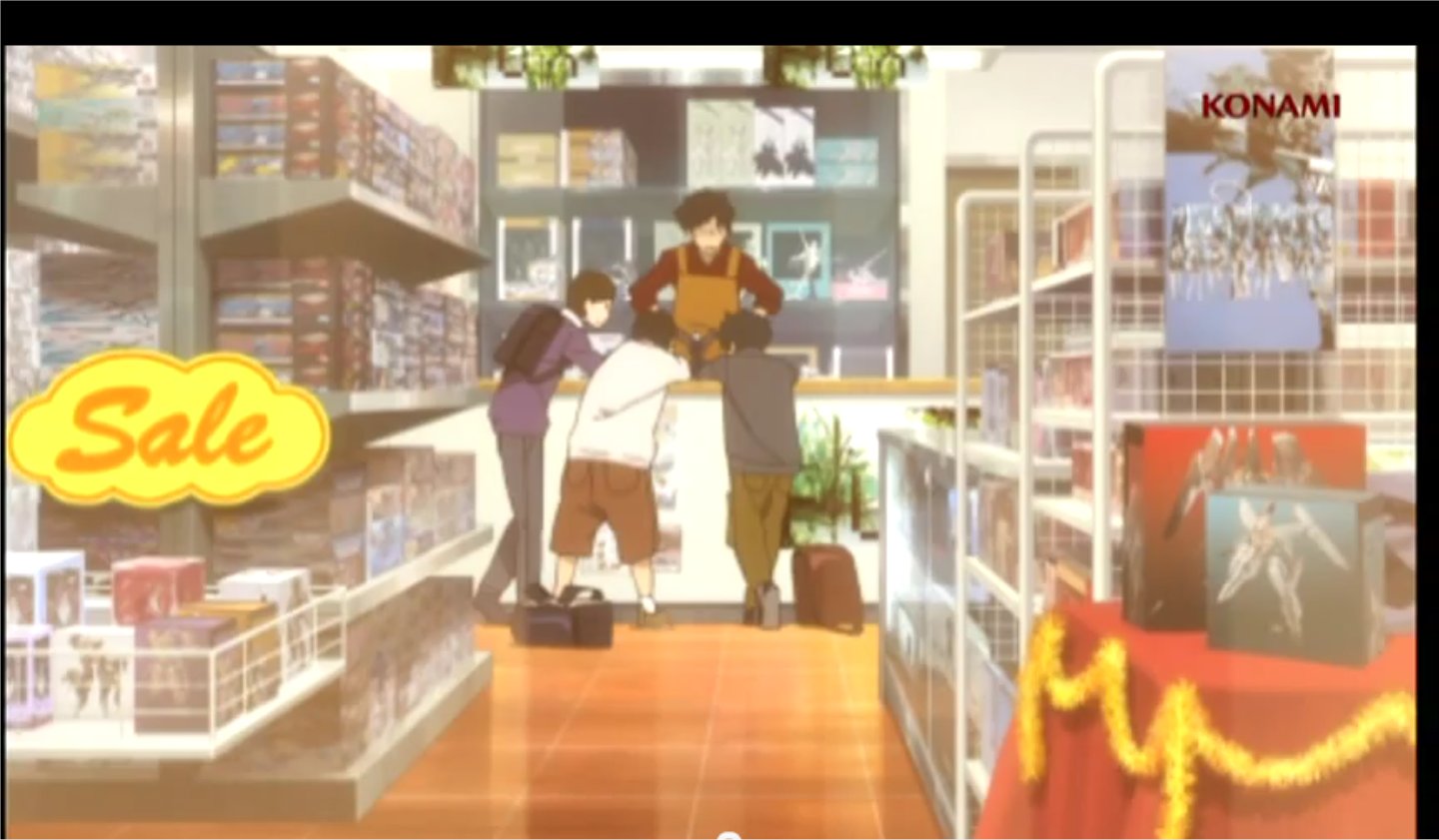 (Link – MySite) – You know you want to buy one! Fubuki is being displayed in this scene with the kids that ignored Tsubasa.

– For those unfamiliar with Busou Shinki:

They are 15 cm tall figures/robots meant for combat. They can either idle around in your room or they can fight it out with another Shinki in private battles, arenas, or tournaments. You train and raise them to fight better, or worse if you’re an idiot/unluckly, and gain prizes. Each Shinki has her own personality, making interaction all the more interesting and fights all that much more entertaining. Each Shinki has their own type, allowing them to be close, far, or medium range combat with varying armor types.

Shinki’s can also be given accessories to customize how they fight in combat. Each part can be swapped with another, if you have them. They fire live ammunition, can be given battle armor (larger bodies to make themselves larger and to control like a mecha/Gundam/Votom), and various random yet comical items to fight with in semi-serious battles.

Konami started the Shinki line with Battle Rondo and figures back in 2006, a bit after Angelic Layer’s 2002 airing. 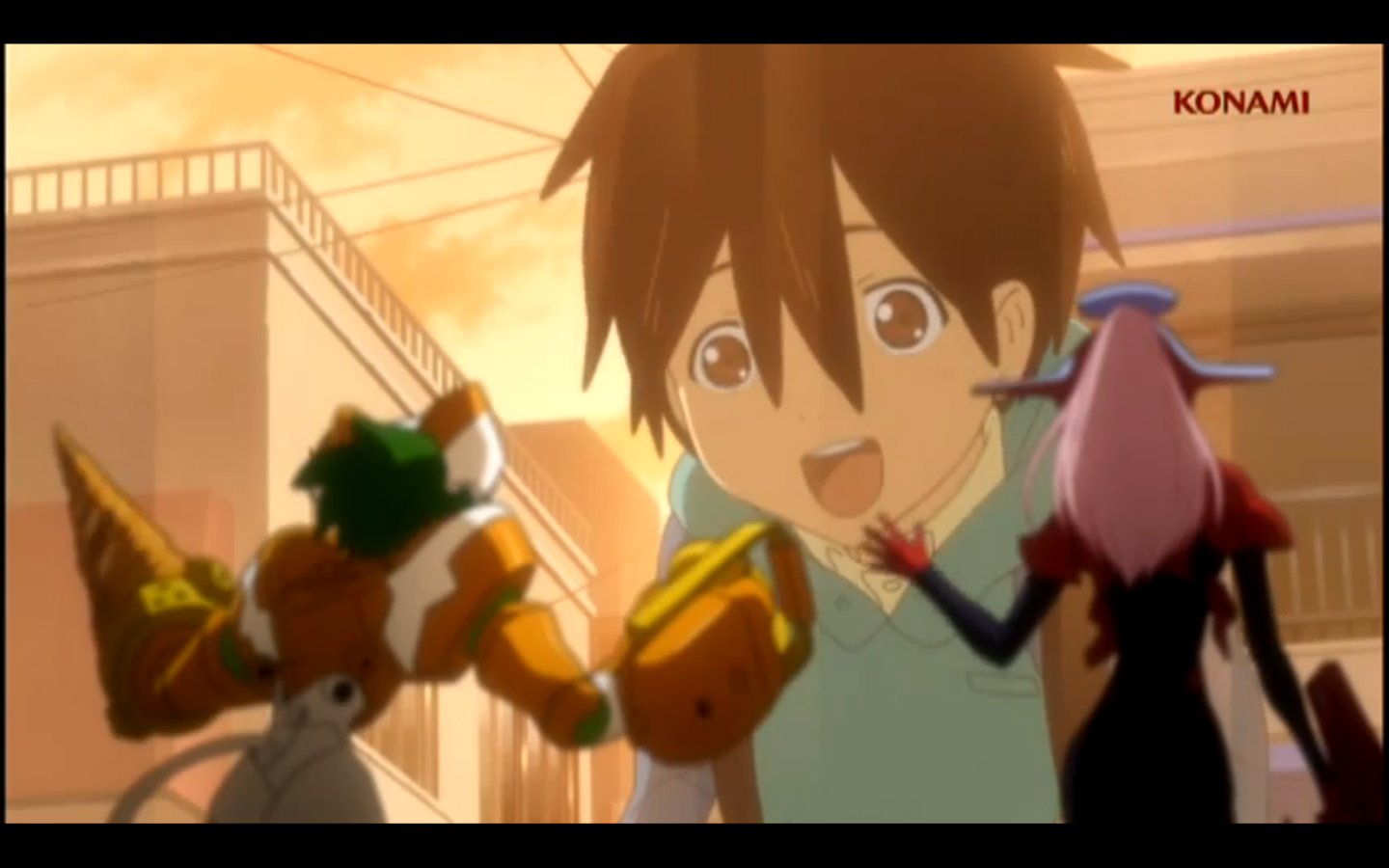 (Link – MySite) – Mao Chao and Ach waving to Tsubasa as they show their full AI!

-> Starf chasing after a fleeing Arnval. Arnval doesn’t want to be a part of whatever group is controlling her? Being abused? She wants to flee badly. Starf also looks like she wants Arnval to leave, yet not return with a failure on her hands, risking punishment from her Master(s).

-> Shinki Boosters and projectiles are “live”. Shinki’s can boost around, fire live ammunition rounds, and have full-on AI. Wonder what fuel they run on? Battle Rondo’s OP hinted at full AI and live-ammunition.

-> Arnval crash-lands conveniently on a truck without getting run-over. The driver hearing the crash lazily checks his mirrors; rookie? Watching “Ice Road truckers” I would assume that drivers would get paranoid and pull over briefly to check their cargo.

-> Arnval’s CSC Cores are Green, blue, and purple. They are to help with Shinki attributes before they are booted up with their own personality & AI. Her attributes are…Increased accuracy (blue), Increases SP growth (purple), and dodge/mobility (green)

-> A bored looking Tsubasa overhears a group of kids talking about Busou Shinki’s. Curious, he asks them but the kids rudely ignore him in both impatience and in a bullying manner. This is about the same behavior as those within my city, wow.

-> Tsubasa looks at Ach and Mao Chao who are both activated and showing full AI. They wave at a happy Tsubasa. The Busou Shinki store is also named “Ken”….Hmm. Sounds like someone I know in the community. The store shows all kinds of Shinki’s being sold with Fubuki being shown to those same kids that left Tsubasa behind.

-> A short-circuited Arnval gets rumbled off the truck. Almost instantly after a group of very hungry crows start harassing her and drop her into park full of trees, causing her to gracefully land in a sleeping pose on a branch.
– Fact: Crows are VERY interested in Shinkis.

-> Arnval’s damaged breast hides the Shinki’s CSC cores. This is used to tell the Shinki’s AI system what to focus on more – attack, defense, mobility, accuracy, or terrain advantages.

-> Fate smiles on those that get shunned/ignored, and Tsubasa gets his own Guardian angel called Arnval to look after one another.

-> Busou Shinki’s seem more mechanical (the noise), hair more natural (flowing like a doll’s or persons), and the whole concept more believable. Granted, it should be and plausible to make an actual Shinki using our current tech. If you want me to explain myself then I shall in another article.

-> The group ofÂ  fivewhite lab-coat look like mad scientists – Sonovabitch! (Steins;Gate reference). They seem like rogue-scientists or Shinki engineers. Are they the “Club Valhalla” in Battle Masters I have yet to reach?

Over-all thoughts: Awesome Anime short! A bit on the cliche side, but it is enjoyable. Reminds me a lot of Angelic Layer, but with full AI control. I give this a…….8/10.

-2 for the driver being a rookie and Tsubasa not picking his own Shinki. Cliche is attached to this -2. 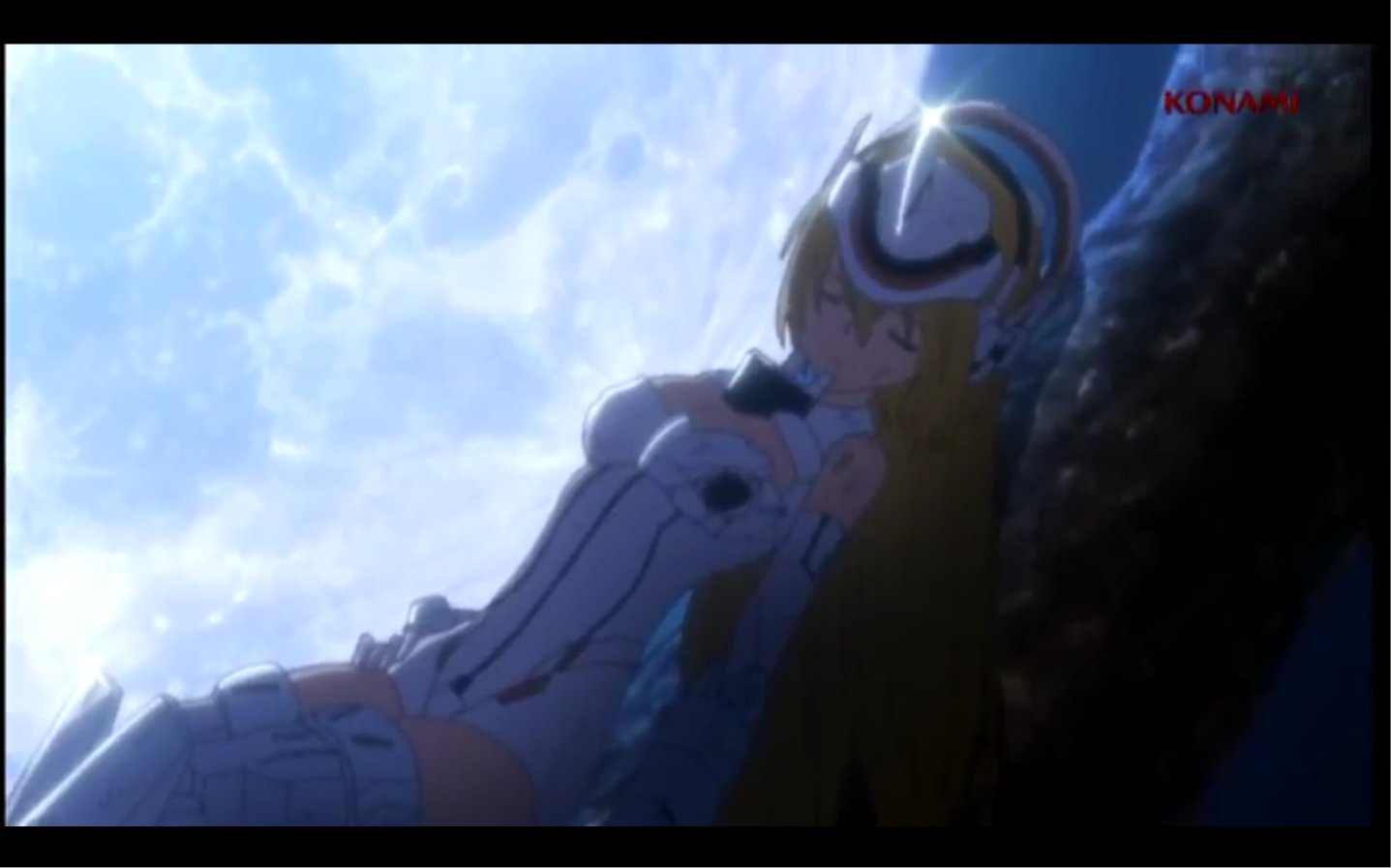 Because the Anime was made around the same time as Battle Masters Mk II you can see Konami focusing quite a bit in the Anime world now.

Feel free to peal away from my article now, thus the warning about earplugs *jests*. Got a thing or two to get off my mind….I apologize for the randomness of this, but trying to funnel my ideas properly into this blog.

If ANYBODY wants to compare Busou Shinki with anything then it should be Angelic Layer. That is the only Anime I can see that can compare with Busou Shinki.

I keep seeing “Infinite Stratos much?” or “This reminds me of Infinite Stratos. Granted, that I said the latter when it was airing then got hit with a rubber hammer. Konami actually made Busou Shinki back around 2005-2006 time-frame and IS doesn’t have anything coming close to what Busou Shinki has. The armor and those fights are stretching it in comparisons. If anything, it’s Angelic Layer, Busou Shinki, or nothing at all! If I see an Infinite Stratos comment then brace yourself for my presence in an attempt to either embarrass you or to bring you up to speed. 🙂

Yes, I know it’s a trivial matter but I see people not willing to inform themselves. They’re just sheeping around or something.

Konami wanted to kill Battle Rondo on August 31st, 2011. Luckily, either my insults or the Japanese community shouting loud enough made KonamiÂ  shift the closure to October 31st, 2011 (Japan time). Thank you Konami! At least you gave us more time to enjoy it! More Diorama studio images for me!

*Gets cracking on more images.*

It is a shame you can’t take images in BattleMasters 1. Can’t say the same to MK. II because it hasn’t released, but it should carry an image capture feature. Battle Rondo spoiled us Busou Shinki fans with that Diorama Studio program, and it needs to find it’s way into Battlemasters Mk II as a DLC, or as it’s own seperate plugin to snatch images! Konami! I know you’re there! I saw you checking my pages all the time from all across Japan, Korea, and a bit in USA! Add a Diorama Studio to Battlemasters or as a standalone! Thanks! *bows*

Thank you guys for giving me a nice heads up via MSN, G+, Twitter and the like! Much appreciated! This is what makes the community fun! AndÂ hope you enjoy(ed) the/that Anime short! It is a nice start, and hoping to see Renge, Kohiru, or Benio in it in some sort of cameo! Just don’t make Renge lose!