Hey guys, I felt like letting loose some thoughts that may or may not be necessary on my blog. I’ve witnessed numerous individuals denying themselves of the things they desire so highly, even with silly excuses. Especially those into Anime figures, games, and the like. If one is truly interested in something then they shall proudly display their interests without hesitation. What’s stopping you? 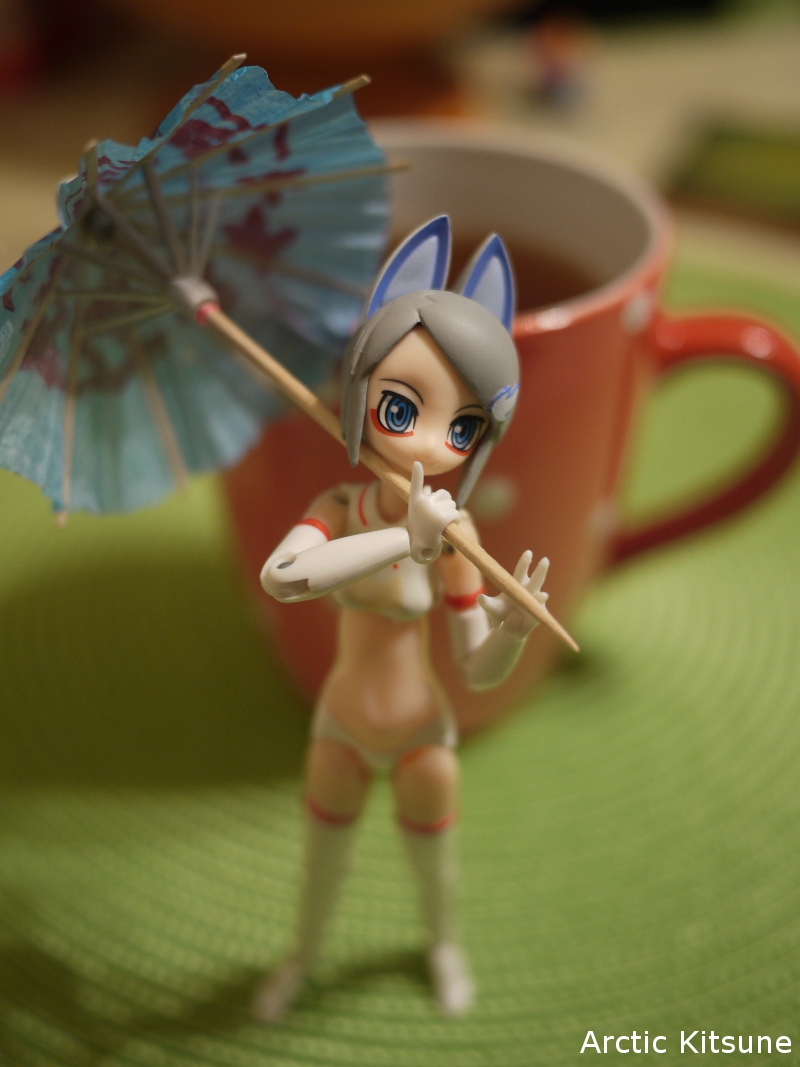 This is not meant to force people to take images, or to do things “they” didn’t desire, but to see why someone doesn’t to share what they like. Also, what do I mean by lying to one’s self? Finding excuses not to do something, to fit into a group you’re not interested in, to like something that you greatly dislike, or finding silly excuses not to do what you like. Why the self harm?

*Note:Â  Understandable when people have school, work, or other life matters to deal with. This article is meant for those with free time when people punish themselves unnecessarily.

– I don’t want to take images! I only want to take HQ images, not low-quality ones!
(Turns into never taking or posting said images.)

If one truly cares they can easily surpass the image quality on my blog. All my images are taken with my Lumix GF1, mobile, or on other people’s cameras (rarely). I rarely use software to enchance my images because I consider that “cheating”. If I wanted to doctor my images I would of gone full-digital.

Cell Phones/mobiles these days can take better quality images with applications in their store application. There are various applications to apply various effects or to touch up the image in various ways that make DSLR cameras look somewhat……obsolete. When armed with these applications image quality shouldn’t be a worry. Still stuck on an old cellphone? Then your DSLR or digital pocket camera should do fine. Any camera should do fine. If you’re truly worried about quality then keep your shots outdoors and in natural lighting, but away from direct sunlight.

If you’re still worried then you’re simply lying to yourself, or you’re not as interested in what you like as you claim to be. Those true to their interests shall find ways to overcome obstacles at all costs. I’ve seen fellow Anime/figure bloggers hit up tutorials, quickly surpassing their blogging counterparts in productivity by a large margin while maintaining quality. It comes down to truly liking what you like while doing everything that you can. If you’re still complaining about image quality and figure quality then you might be a troll-in-disguise, your claim of interest is false, or an extreme worry-wort.

If you’re that worried about quality try purchasing this when it comes out:

– I don’t want to take pictures because I don’t want people around me to think I’m crazy!
(Taking pictures outdoors in parks, backyard, frontyard, street, sidewalk, around the city, or at a tourist location.)

Take small steps while shutting your scenery out of your mind. Worried about neighbors spying? Learn their habits and take pictures when you know they won’t stare weirdly at you when taking pictures of figures, model planes, Gundam kits, Ferrari model kits, or whatever else. Don’t have a backyard? Try a local park, a friend’s place, sidewalk, or find a nice quiet spot outside the city to take images if you fear people of judging you.

Still worried? You have to be crazy (in a positive way) to gain necessary results. When you want to get great results you have to go to great lengths to get those results, even being “crazy” or “silly”.

If you are still worried then allow me to give you a possible plan you can use, or improve on when taking images. This might seem silly, but I’m trying to help you out here! You’re scared that I resorted to being this silly! 😛

– 1) Open a Word Document, type out your page in a school assignment style page describing what you need to do, and Print out one or two pages filled in a school-assignment manner.
– 2) Grab cameraÂ  your figures/model kits/etc.
– 2.5) Call your friends to act as your morale support and a barrier
– 3) Choose your location.
– 4) Set up the “scene”.
– 5) Start photoshooting.
– 6) If a passerbyer walks by and attempts to start a conversation simply claim this is for a school/work assignment while holding up your newly printed out papers.

You shouldn’t be this scared now that I gave you a silly idea to work with. But it basically comes down to blocking out negative influences and pushing yourself to accomplish your goals. Anybody that puts you down either knows nothing, knows what you’re doing but dislikes it, dislikes it because of their regional mindset, or simply wants to shit on for their own enjoyment. 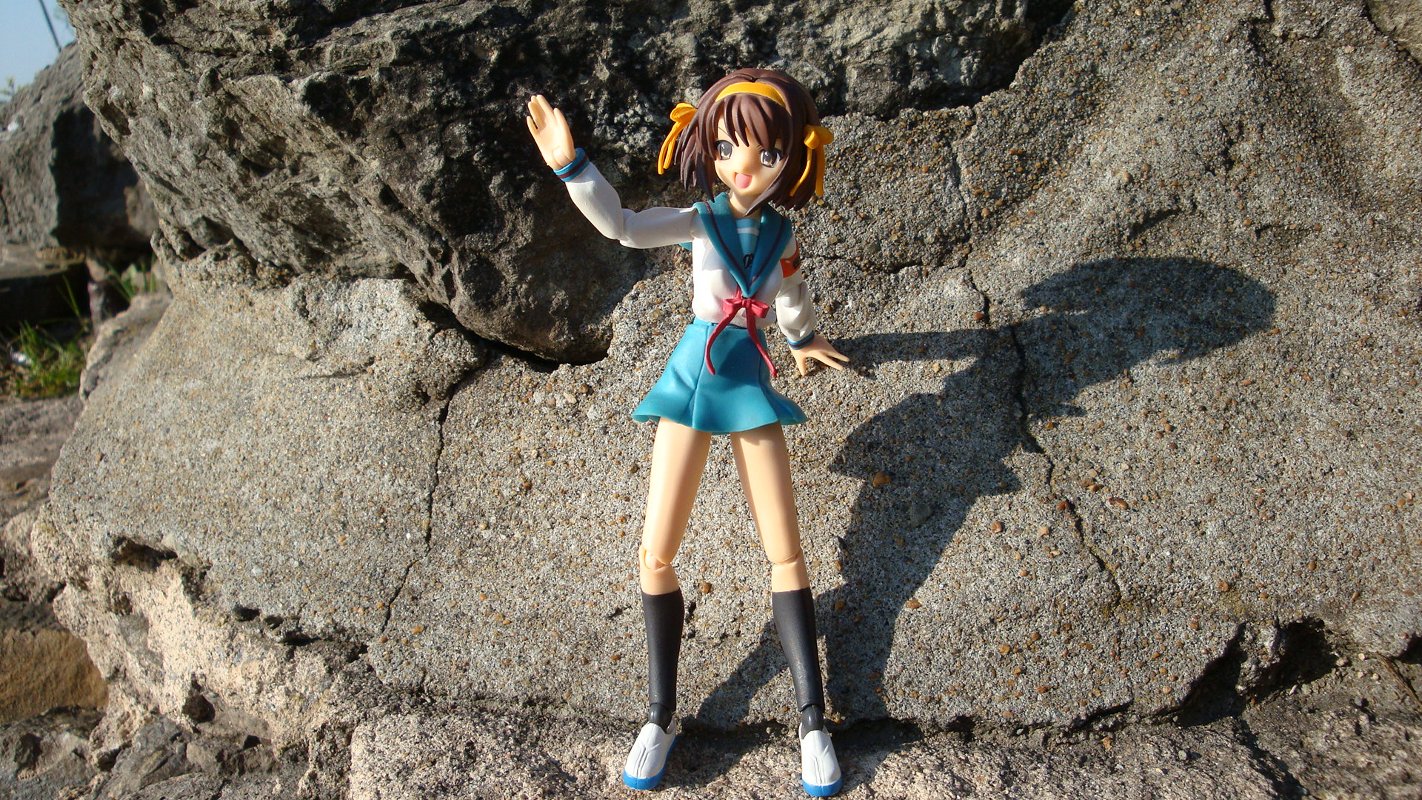 I’ve mentioned bullying and that Gundam Wing got me bullied in grade 8 in “My History with Anime” article. I’ve been bullied for the sake of being bullied, beaten up, had things stolen from me,Â  being bullied for having European influences (wearing Slovakian slippers at school during Grade 6), had instigator’s parents pin the blame on me, and even the teachers treat me like shit. Example of teachers treating me like shit? Constant detentions and calling my dad an idiot openly in front of class! We all know what happens when people get bullied – suicide or school rampage. I’m not trying to get pity or whatever, just trying to show that people will hate you for who you are no matter where you go. You will always have enemies even in the most peaceful of places.

Sadly, I’ve seen ignorance online (cyber-bullying) while being used a few people’s target practice for taking images of “dolls”. The Figma and Shinki images I take appeared to be “creepy” and not for my age-range, as claimed by those not into Anime. “They” tried to use my images against me trying to turn me into an idiot while making themselves seem like angels. I was hoping for more intelligence from people……..You can blame the internet, but I prefer to blame the people because internet is only a vessel like a boat that holds people and their thoughts like cargo.

I can’t like Anime? Wear European clothing? Act like myself? Nor take images of articulated figures? Then what should I do? Please do tell me! What should I be interested in if I can’t do what you dislike? Oh right, this isn’t your life, it’s mine! I can do what I want! Same with you. 🙂

If you’ve seen me constantly pointing out how people react to me when photo-shooting then that is just me studying people’s behaviors. Just keeping a log for amusement sakes, and for others to see what I come across when taking images.Â  Some people say rude things while others try to understand what you are doing. There are also a few cases where you get those few amusing and laughable reactions when photoshooting. By laughable, I mean people zig-zagging on a bike path while riding a bike trying to look at what you’re taking an image of.

But to get to the point – If you’re told to forcefully stop taking images of figures or anything then simply ignore those people. They’re simply jealous, not into what you’re into, or want to provoke a reaction from you. I would simply continue doing what you like because that is what you want to. What you do defines you and your interest of choice.

If you stop just because other people told you to stop doing such then you’re not being true to yourself. Snap out of it! Unless you’re killing someone or doing harm then you shouldn’t stop doing what you like! Nor will I.

Note: It is said that your enemies are your biggest allies because they point out your faults and they waste their precious time yelling at you. They hate you because they’re jealous or else they wouldn’t be pissing you off constantly. Analyze what they say to see if you are actually screwing up.

“Keep your friends close and your enemies closer.” – Spiderman 90’s

– But, I can’t take images as great as yours or of others!
(Yours being you if wish.)

Also, please don’t try to be exactly like someone else, be your self! Don’t be like your favorite blogger, just take your inspirations from “them” and others. And as mentioned, any camera works fine. Just get the right lighting, proper poses and your images shall reflect how much you or your scenery cared at that moment. I’m pretty sure you can surpass my image quality very quickly, especially when you start altering images with photoshop and Gimp. I prefer to keep my images “natural”.

Just as long as you care about what you like you shouldn’t worry about quality because it will catch up with you naturally. The more you care the better your images.

I’ve seen a handful of people say this over at myfigurecollection.net because they want comments when they post images. They complain that nobody comments so they don’t post their images. They want that lovely feedback that others simply refuse to give, or ignore until you’re highly popular. Also helps to get to know your community that you’re interacting with when sharing images there. The more they know you the more they know how to respond back. If they don’t then 1) They’re busy and don’t have the time or 2) They’re full of themselves and think of you as an inferior insect, or 3) They need to get to know you better 4) Your content isn’t what they please.

But the most common response is “if you like doing what you’re doing then comments will naturally follow”. Be patient and keep doing what you’re doing. If still nothing, then start doing more “exotic projects” with your photo-shoots. Also helps that whenever you get an idea try to make it grow as big as possible and use it before it bursts into nothingness!

Comments tend to brighten a blogger’s day because it shows that people care. When there are none then the blogger immediately assumes that their blog is shit, their image is crap, the community sucks, nobody cares, and they can’t gauge what people are thinking. My advice? If you actually like it leave a response, even if something simple. A comment is like a hug and more hugs make a person more motivated in doing what they love.

“You can lead a horse to water but you can’t make them drink”
(Translation: You can make people look at your blog but you can’t force them to comment.)

Simply keep doing what you like, keep raising the bar, and don’t sell yourself out to get degraded comments and silly people. I can’t stress enough that you should be true to yourself.

-> If you want comments then do NOT:

– Harass people.
– Don’t forcefully tell people what to do.
– Don’t get arrogant
– Don’t take pictures expecting 50 comments. Earn your respect!
– Don’t force people onto your content.
– Don’t whine and flame people for being lemmings for their choices, even if you dislike it.
– Don’t attack people for the poor choices you made when getting banned.
– If you see people being being rude then don’t attack them. Simply ignore, or kindly prod the individual of what he or she did wrong.
– Do not respond to people’s flames while turning it into a dramatic episode, long-timeÂ  followers and first-timers may flee forever! 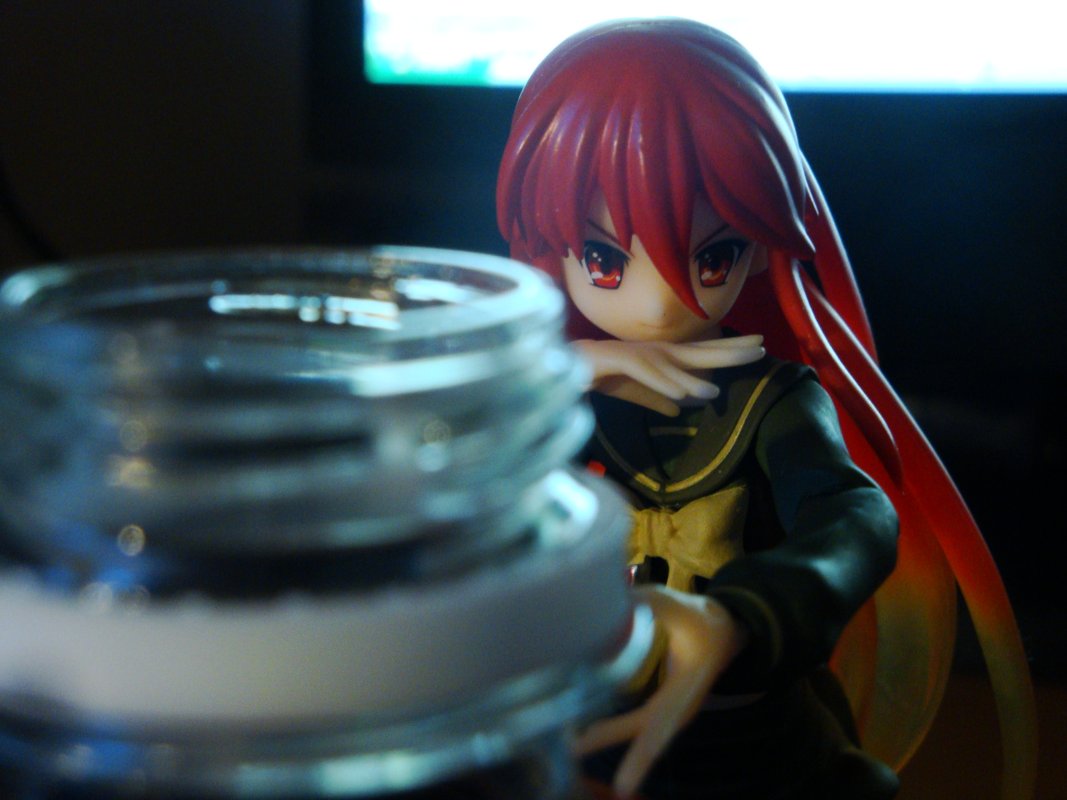 I guess that is it? I truly hope this translated well into article form, if not I may need to delete this……

This is what I saw and experienced, but I will leave it at this for now. Just wanted to both assist and confirm that what you like is what you are truly into. Also wanted to wipe away any poor excuse for fear of taking images. If it didn’t appear that way, nor was helpful then I apologize. If you know of a better way to wipe away fear along with excuses then do tell me!