Heyo! Wanted to share images of Renge & Ach having fun during the weekend along with noting Canadian Thanksgiving with my fellow Canadians. Hope you guys and gals had a joyful thanksgiving, one that you gobbled up the turkey in a comical popped out belly manner.

The weekend was quite interesting for all Canadians because of the Thanksgiving festivities. I dug into both Pokemon Y and the turkey meal while Ach checked out the packaging. Renge herself obtained a lovely little Fennekin for her to play with on the same day I got the game. It’s been too fun that I gave myself a sore neck that still persists till now because I do not know moderation when it comes to gaming addictions. I did however push it aside now that thanks to the game losing some of its fun grip on me so that’s fun.

I’ve been also trying to take images of Ach outdoors only to get stopped by the amount of people frequenting the area I wanted to her to and the rainy weather. I try to take images in quiet yet scenic areas so nobody gets all insulting or bothersome on me. Works best so you don’t rush or lose your thoughts. 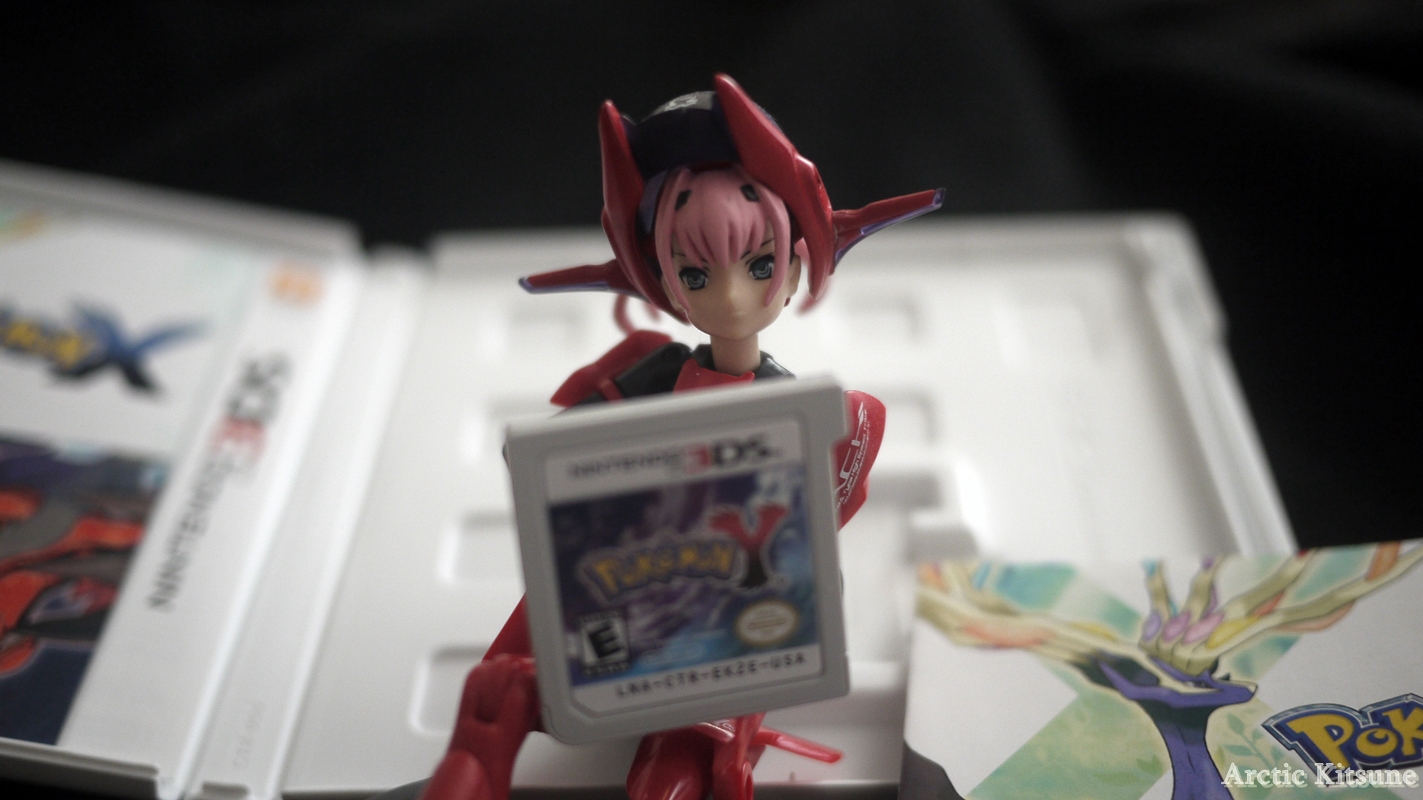 Pokemon Y re-sparked my full love and interest in Pokemon with how much it has been improved. The game has been moved into a 3D environment along with character customization has been added. Pokemon Amie adds to the attachment to your Pokemon by spending time petting, feeding, and playing with it in a virtual pet manner while also adding to the benefits and life-likeness to the battles. The more time you spend with Pokemon the more benefits you’ll gain back from treating them with care. The game’s theme is bond and beauty which all simply re-sparks the magic in what was once Pokemon Red, Blue, Yellow, and Crystal. You can now do and relate to everything in the Pokemon show.

– A Quick Look Back – Varakitsu:

I’m not one to share images of myself because my blog is more about Anime and Shinkis which I find more interesting. I did however try to post some share-worthy images of myself and Varakitsu for the blog from the “Ottawa Doll Show” back on October 5th. Even tried doing so during past G-Anime with me not really approving of those images. 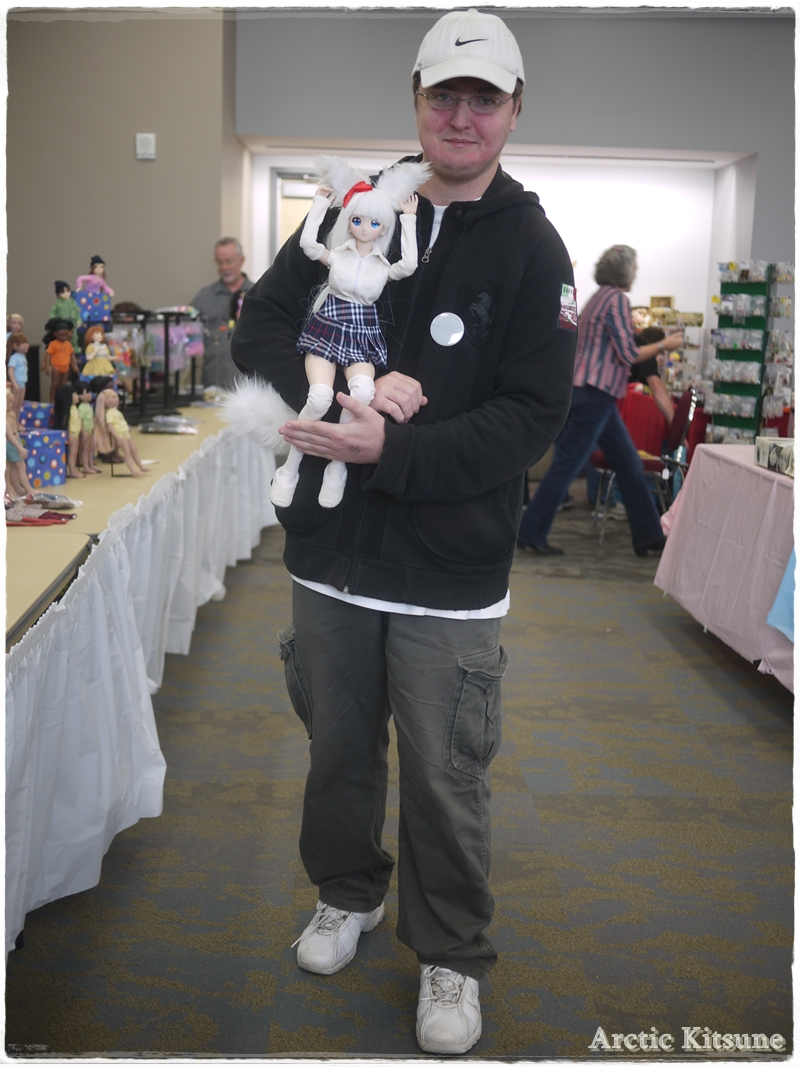 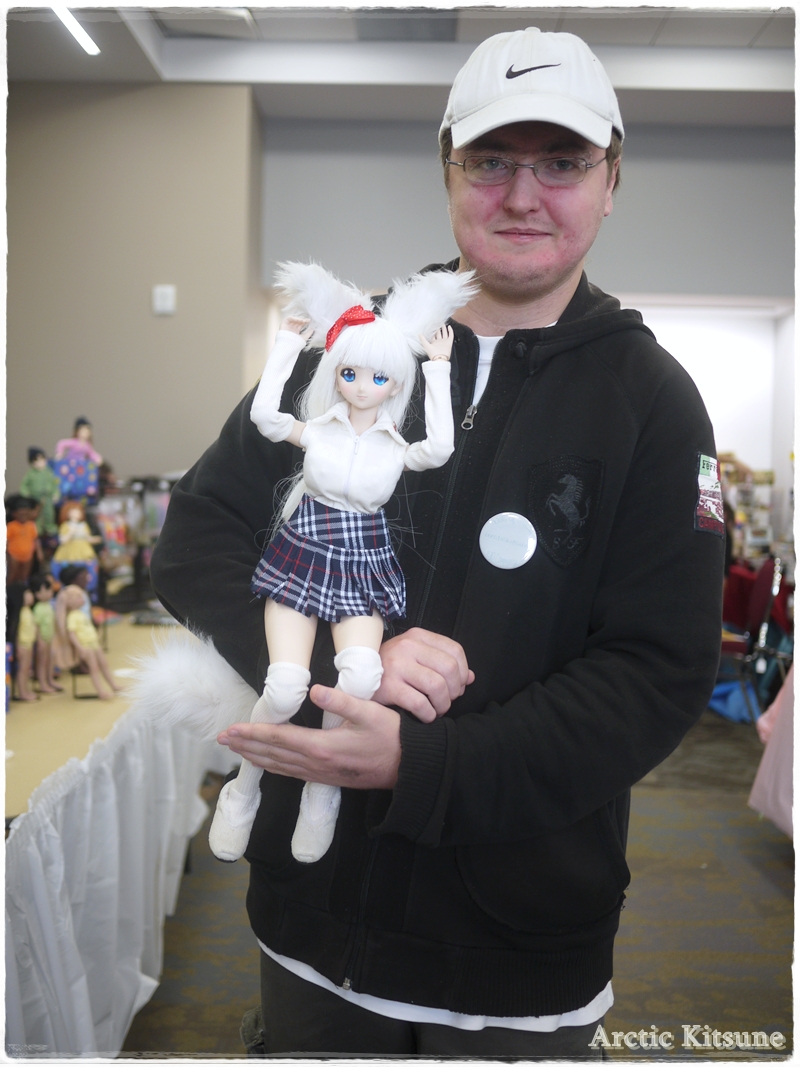 (Was experimenting with Varakitsu’s skirt placement which may or may not look odd. Might have been better previously.)

I’ll be honest and say that I’m still questioning myself on the purchase of a Dollfie to give form to Varakitsu, my Arctic Fox blog mascot. One day I accept her presence as a Dollfie while the next I’m questioning myself when I can’t find or commission items on a whim. I knew what I was getting into and that it would be a pain to find what you wanted, even commissioning a full custom outfit for Varakitsu while unsure where to do such. I still wanted to give her form because she is my lovely foxy.

And as I said on my Tumblr, I do plan on a few specific outfits to be added into Varakitsu’s wardrobe that I’ll list here:

(Also planning to touch up her ears while also seeking out some sort of pants for her to wear. Still hunting for that white fox mask for Vara and myself.)

I’m aware that I might not find what I’m looking for right now. It may may pop around a year or to in, or if I go to the magical land of Japan itself where. I do however want to keep trying to find materials or outfits themselves either there or where ever I can have access to them on a whim for her to wear. When she eventually can wear them it shall be a joyous time for her and myself and for photography reasons.

And as mentioned, the fun and frustration comes with finding and commissioning for her to wear when they eventually arrive. When I do find something it is highly rewarding while on the flip side tend to curse at myself for not finding opportunities to obtain such. It is an expensive hobby and I knew what I was getting myself, even with an indirect heads up from HakuÂ who I highly respect. He even said it was a wallet draining hobby, yet a fun one. I even know first hand owning a Dollfie that it is both fun and not for those with small wallets, like mine. Though I’m somehow managing, even thoughfrustrating at the same time for the love, care, and money put into them. She isn’t something I want to give up either even if I wanted to because she is as important as Renge is to me and the blog, especially as a mascot. Varakitsu was my unseen imagination now given physical form.

I also would like to apologies if I’m annoying people in my hunt for specific items and when trying to form my thoughts. I was seeing what was available where and how to obtain what only to come up with partial answers. I simply want to know what is where without obtaining something incompatible or miss something through simply being oblivious is all. What I want isn’t on vendor sites which most likely needs commissioning and highly frustrating. I just love my Varakitsu now that she has a form, wanting to make the most of it :).

I also have to wonder where the people went who kept pushing me into Dollfies. A Shinki Renge, a fox Dollfie and similar to only get her because Varakitsu was pushing to gain a form. Even pondered in getting the original blue Saber before Varakitsu thanks to a dream. Glad two from figure.fm (Kodama and Ratsbastard) and others from Ottawa decided to help me out where they could. I’m now pondering how to pay them back in kindness with how much they helped me. I’m stumped.Â I however want to keep things Anime when it comes to Dollfies and dolls because that is my preferred area. Something close to Busou Shinki. 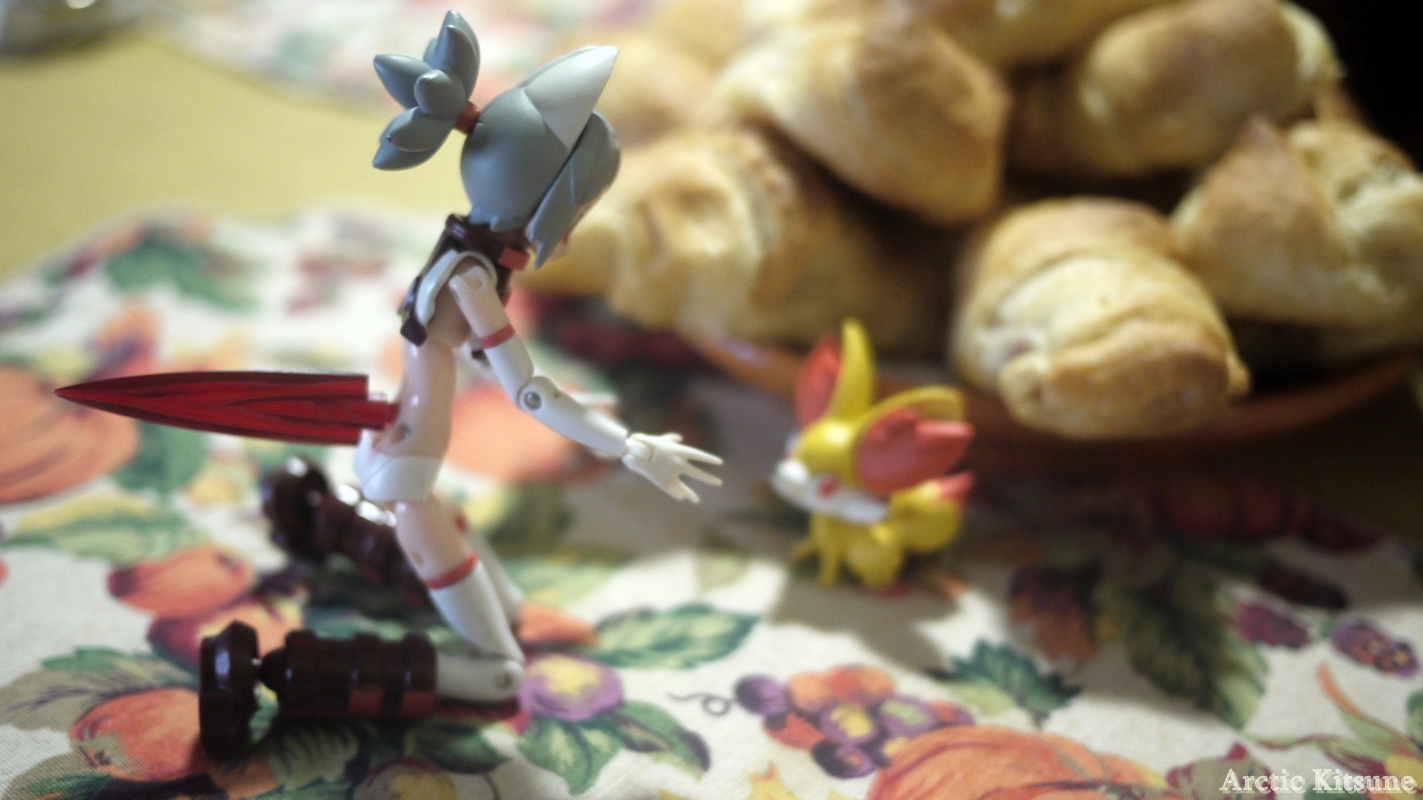 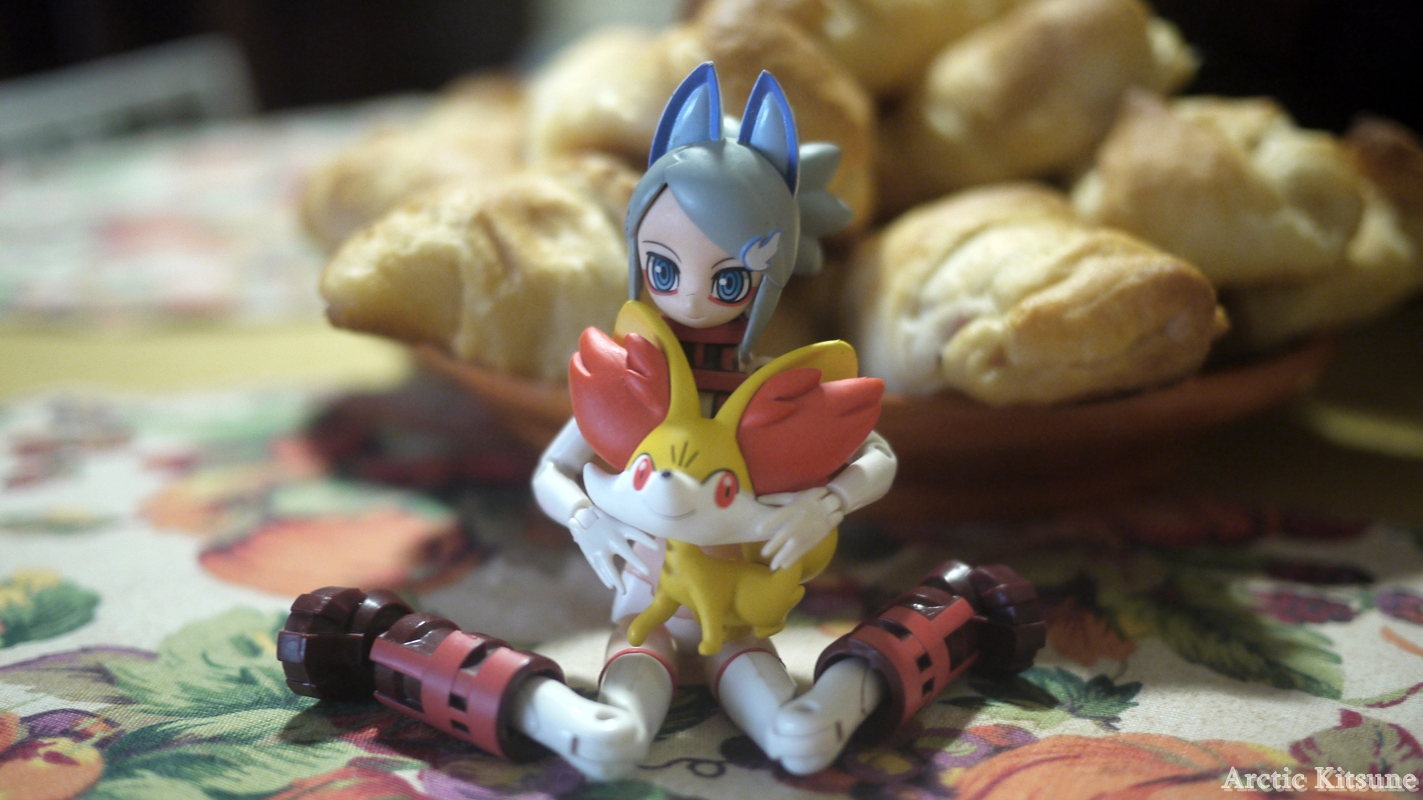 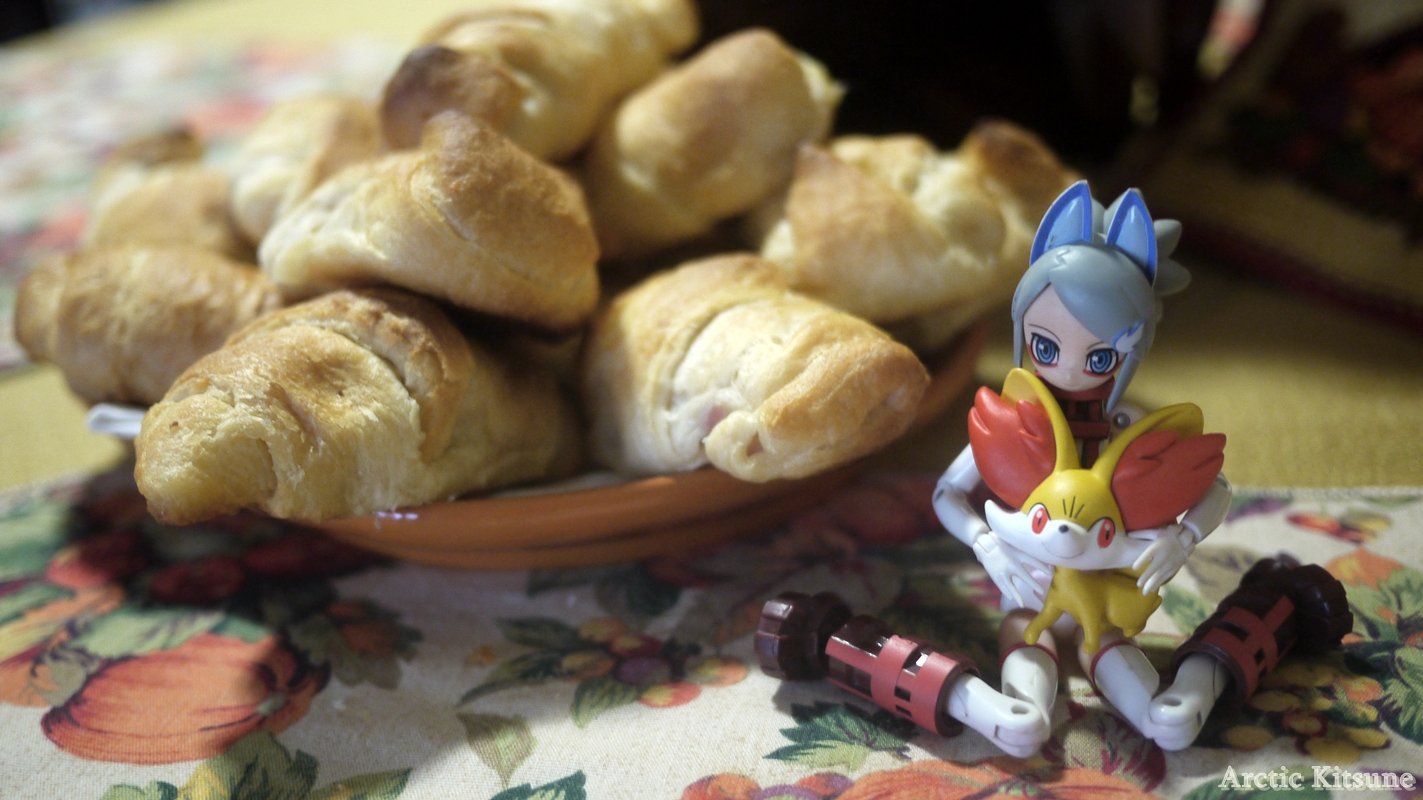 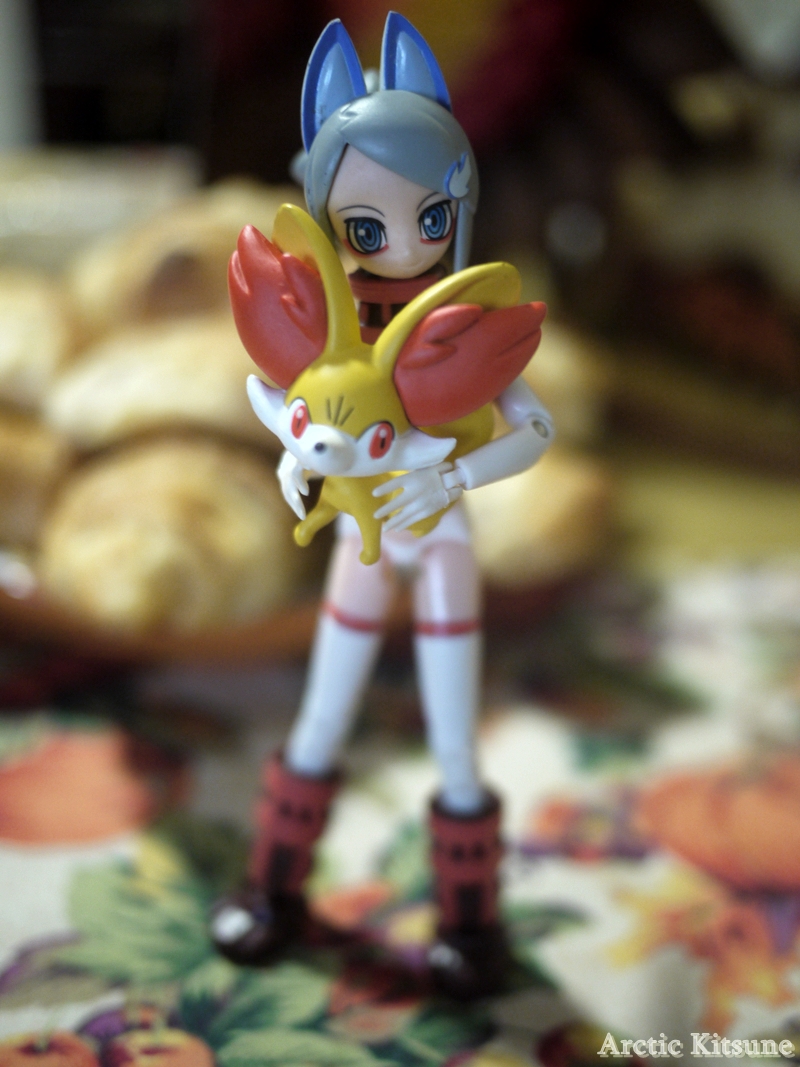 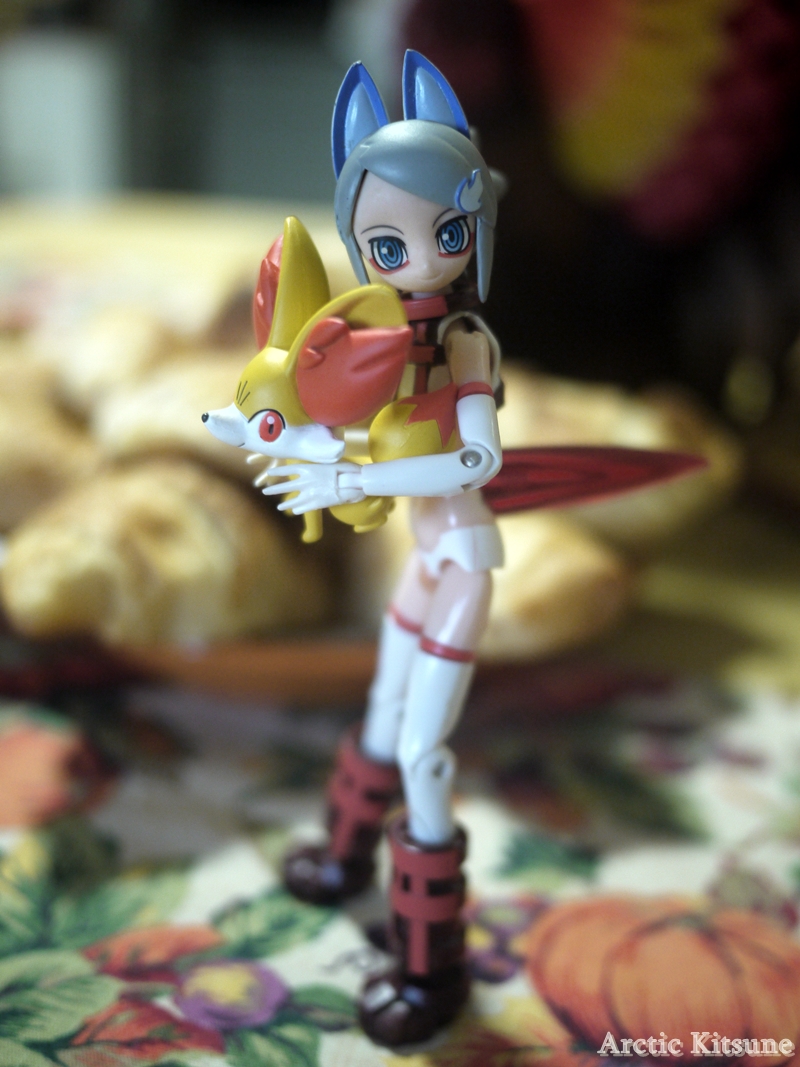 During the time I obtained Pokemon Y on October 12th, 2013 Renge forced me to capture a Fennekin for her, so I did. She now has a Fennekin of her own to train. Shall be fun to see how strong her Fennekin becomes, especially when compared to my Delphox. You know, it would be awesome if you could add dynamic NPCS into a Pokemon version to battle and for them to behave at will. I would so add Renge and Varakitsu to join me and battle me on their own terms. If only that was possible, which it is on RPG Maker though now not the same now when compared to Pokemon Y.

I’ve even been pondering how I would add an intelligent NPC companion of Varakitsu into Minecraft in a typical blocky form. I can’t seem to grasp Minecraft coding or have her do simple or complex things. I want to add her, I just can’t mod, only build. Even with tutorials to guide me. It’s insanely frustrating even when wanting to make a Busou Shinki mod for Minecraft. Highly irritating even when you know someone who can mod but won’t help. I want to bang my head on the desk for not being able to grasp how to code a mod for Minecraft.

Thanks for reading and viewing. Hope you had a great Canadian Thanksgiving!