I’m going to quickly say that I’m outright amused with the weather. All throughout winter, into March, and now intro spring has me laughing, chuckling, and overly amused as to how everything can be linked to Varakitsu’s foxy play. I summoned Varakitsu a year back with the snow being overly rough and winter being overly lengthy this year’s season. I had fun pointing out that the month of March had fun fighting it out with winter because spring was actually here at the beginning of march. It however had horrible trouble coming because of the winter cold fronts. Sadly, my jokes and references to Varakitsu go unheard so I’m a bit saddened. I’m however making up for that in self-amusements while dying laughing behind the screen and outside whenever I see anything snow related. Only a handful of people were able to enjoy the ‘inside jokes’ of Varakitsu constantly sprinkling the city with snow and ice pellets over the months. Even now for Tuesday.

I also enjoyed seeing that brief round of spring and summer that brought a brief, yet severe thunderstorm to Ottawa’s doorstep on Sunday. Those bright flashes, very loud thunder, that low rumbling causing thunder-quakes in the area to set off car alarms and etc. Mother nature is something to respect and to admire. I’m of course pissed off with the brutally chilly wind and the fact that I can’t plane spot because of the clouds. I want to see those planes!

– A Year With Foxy Varakitsu!
https://arcticukitsu.com/Blog/?p=4196
(Second half of article.)

With Monday being summer-like in the 24+ people would obviously be furious with the tease with Tuesday being fitting for Varakitsu’s playfulness of ice pellets, snow, and rain. I also didn’t want to miss out on this last bit of snow in that archiving and ‘good-bye’ type manner, even if we did have a ‘long’ winter. For blogging sake I had to take images, and I’m overly joyful that I did. If I didn’t I wouldn’t have these lovely images to admire.

It was on the windy side. I had no choice but to go out and take images (as mentioned above) to show Varakitsu’s foxy pranks, to admire the images taken of Varakitsu, and to say good-bye to the snow for spring and summer conditions. 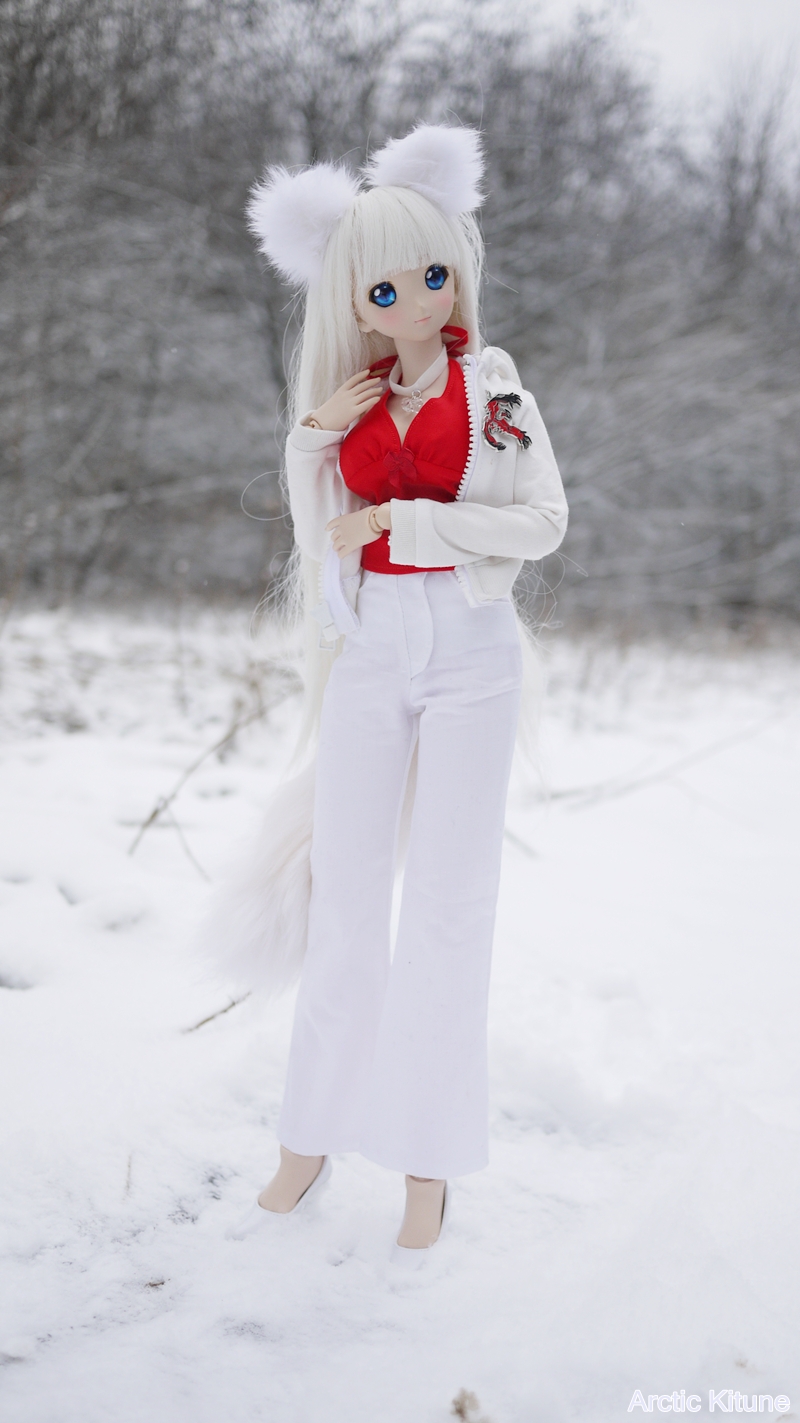 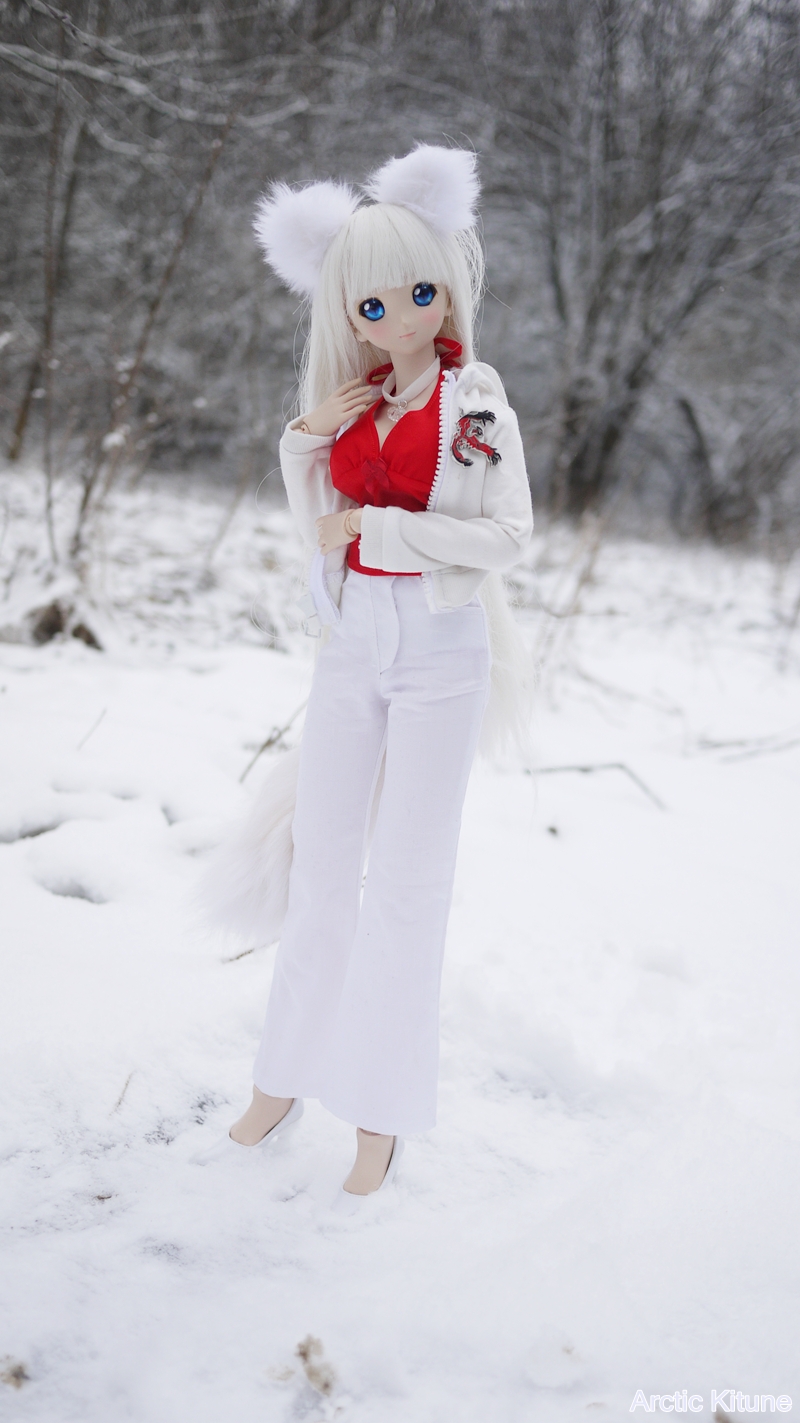 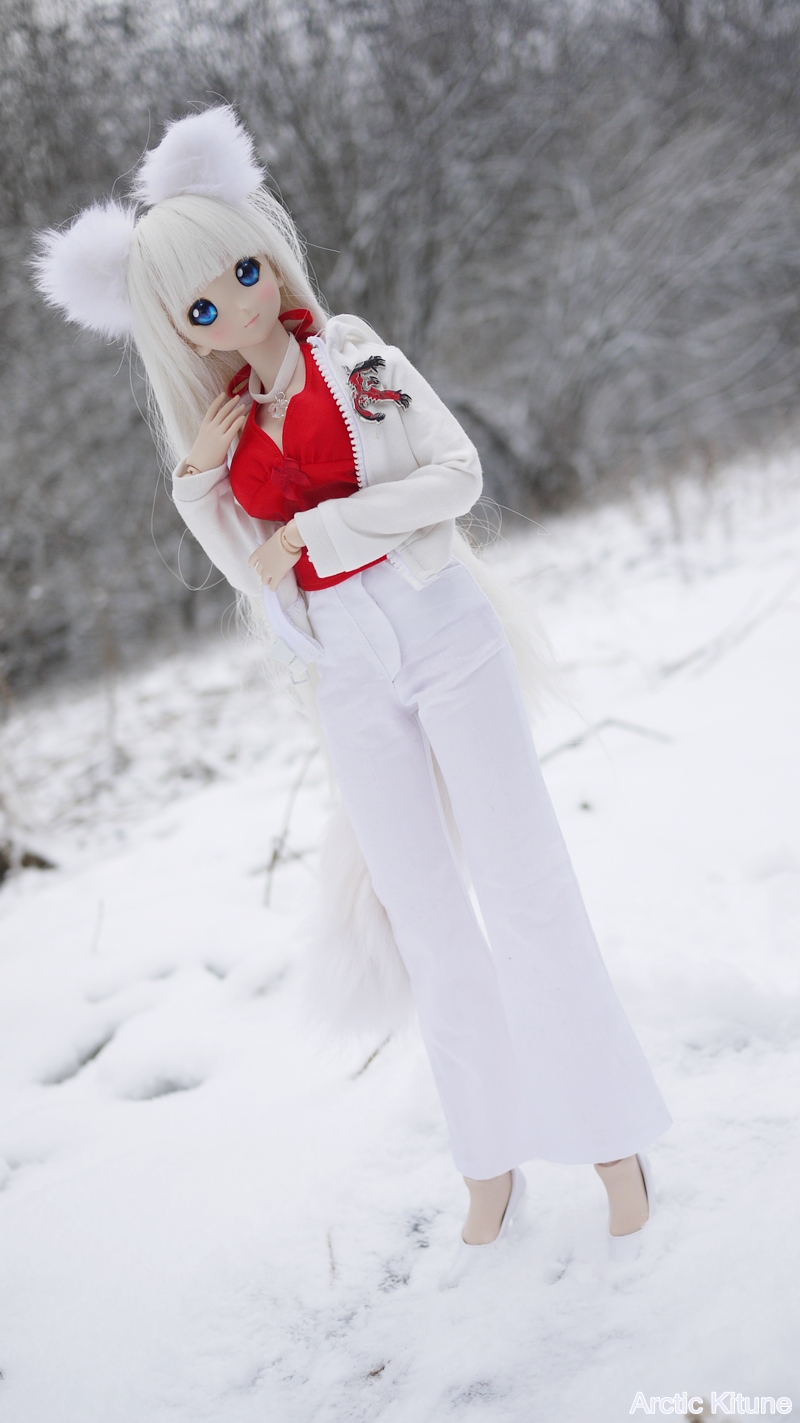 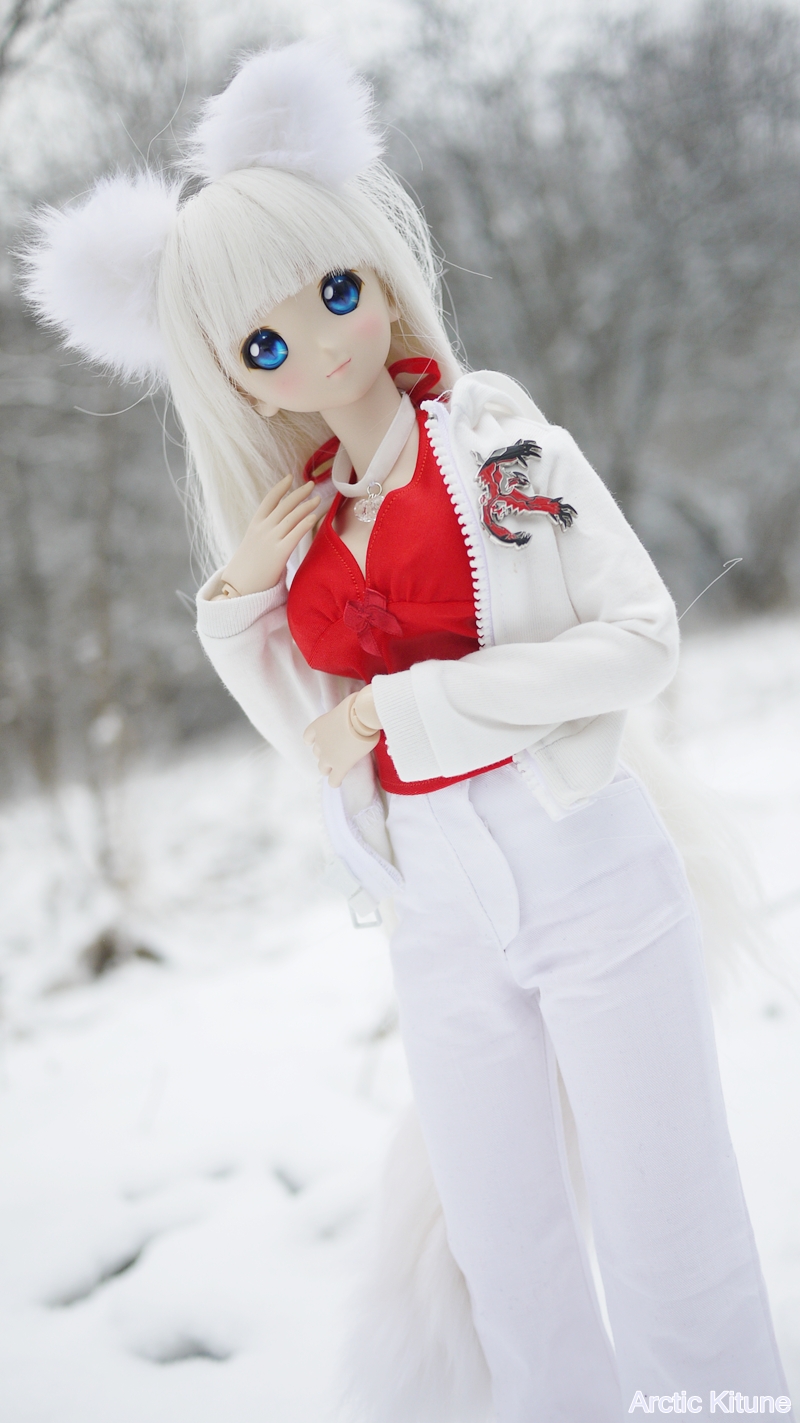 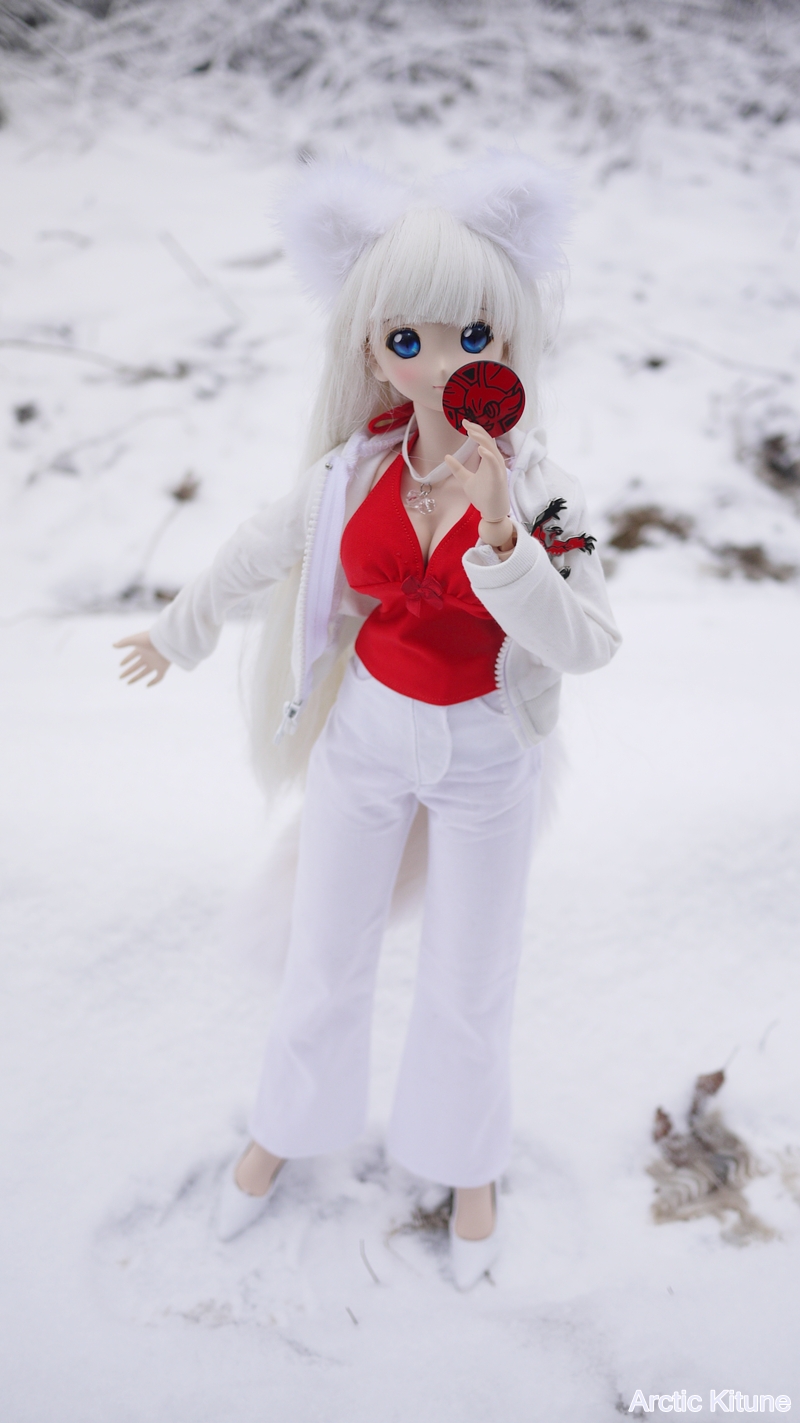 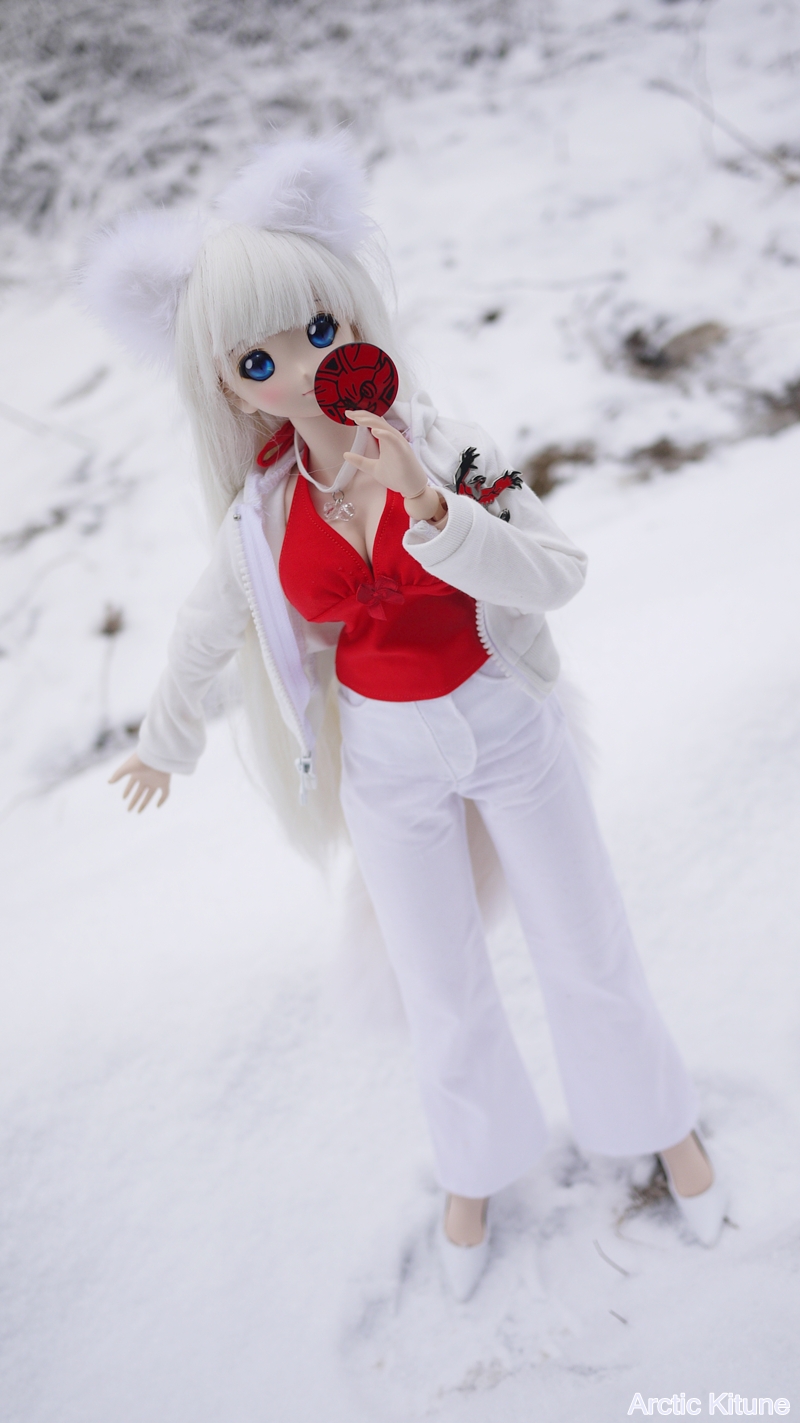 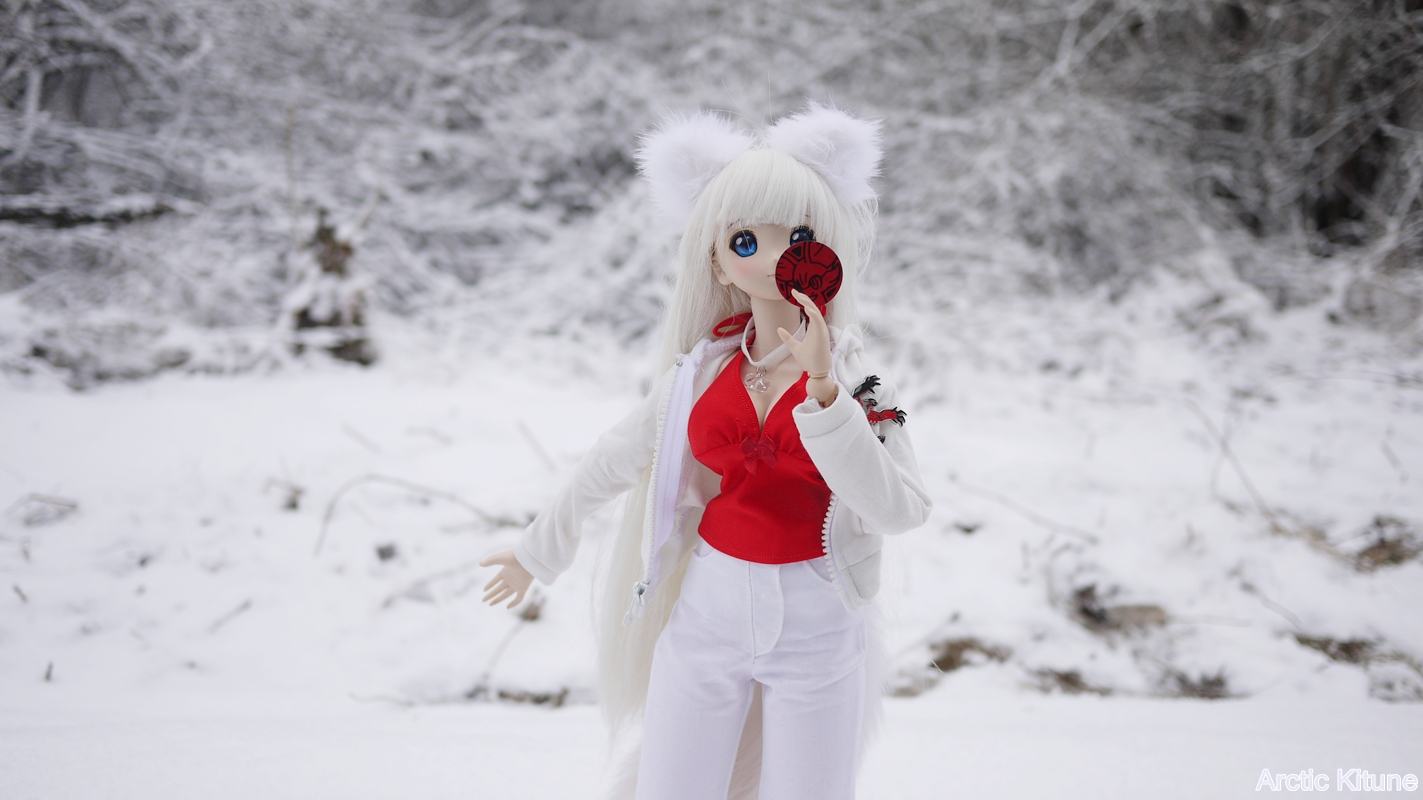 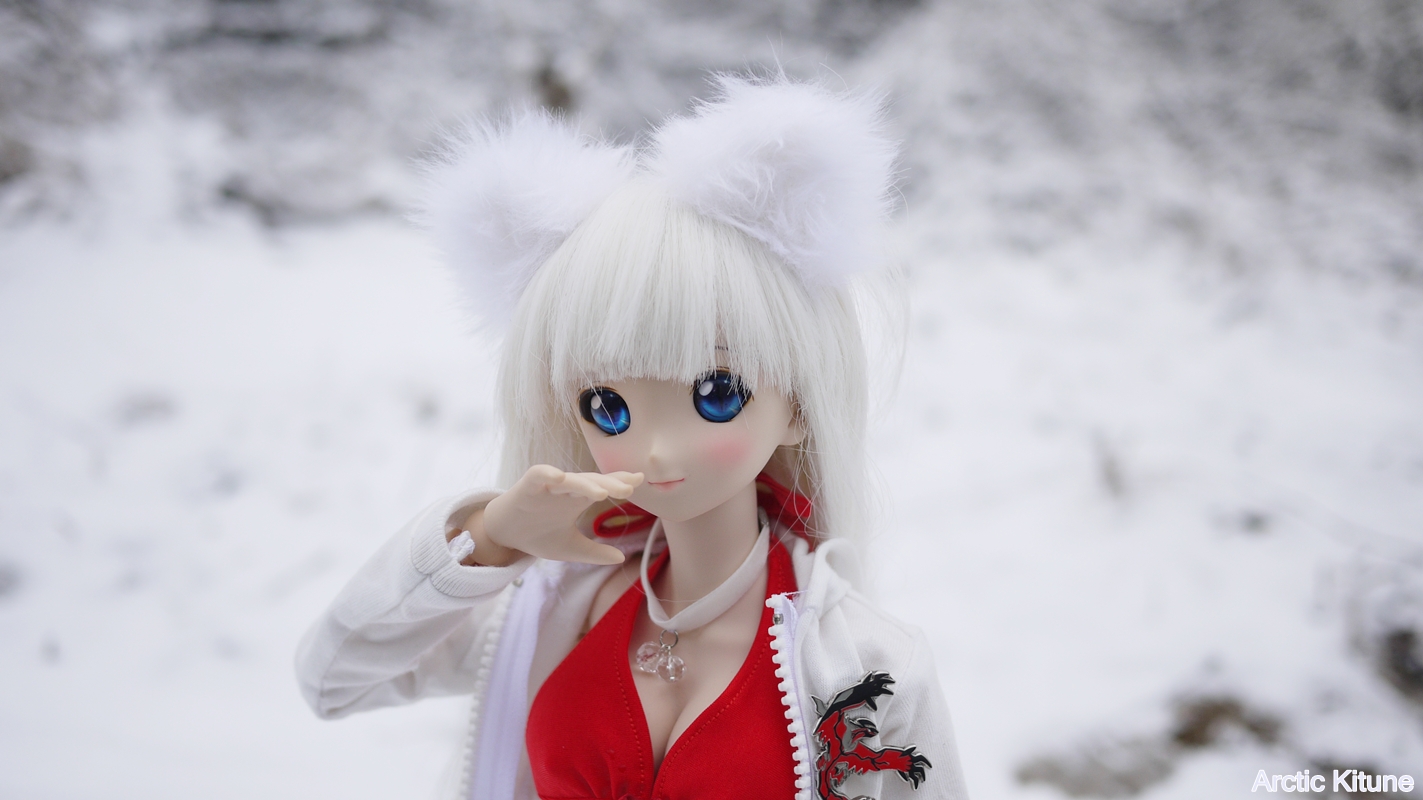 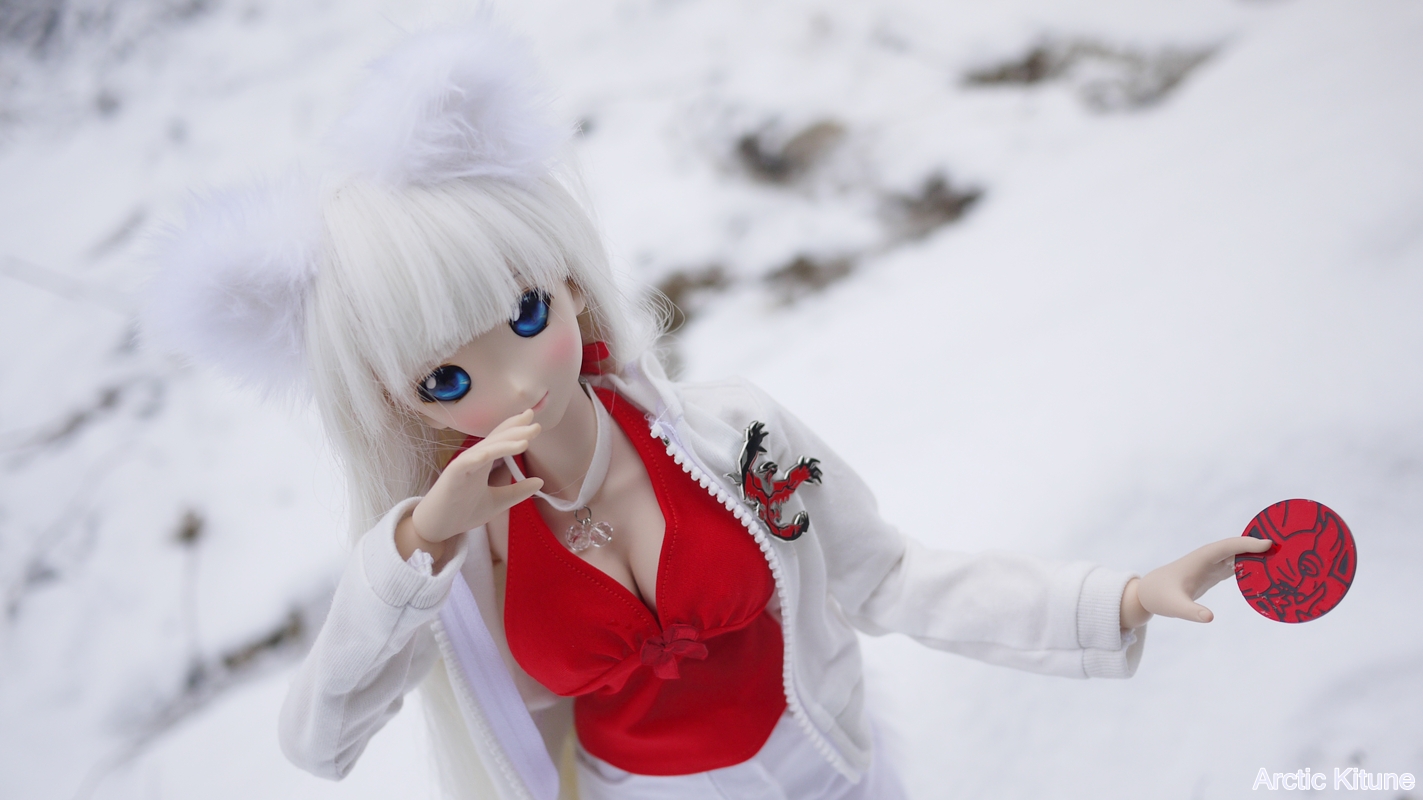 Sorry Vara! I’ll make sure to use my mittens next time, or bring you your royal towel to allow you to carelessly enjoy the scenery next time XD. 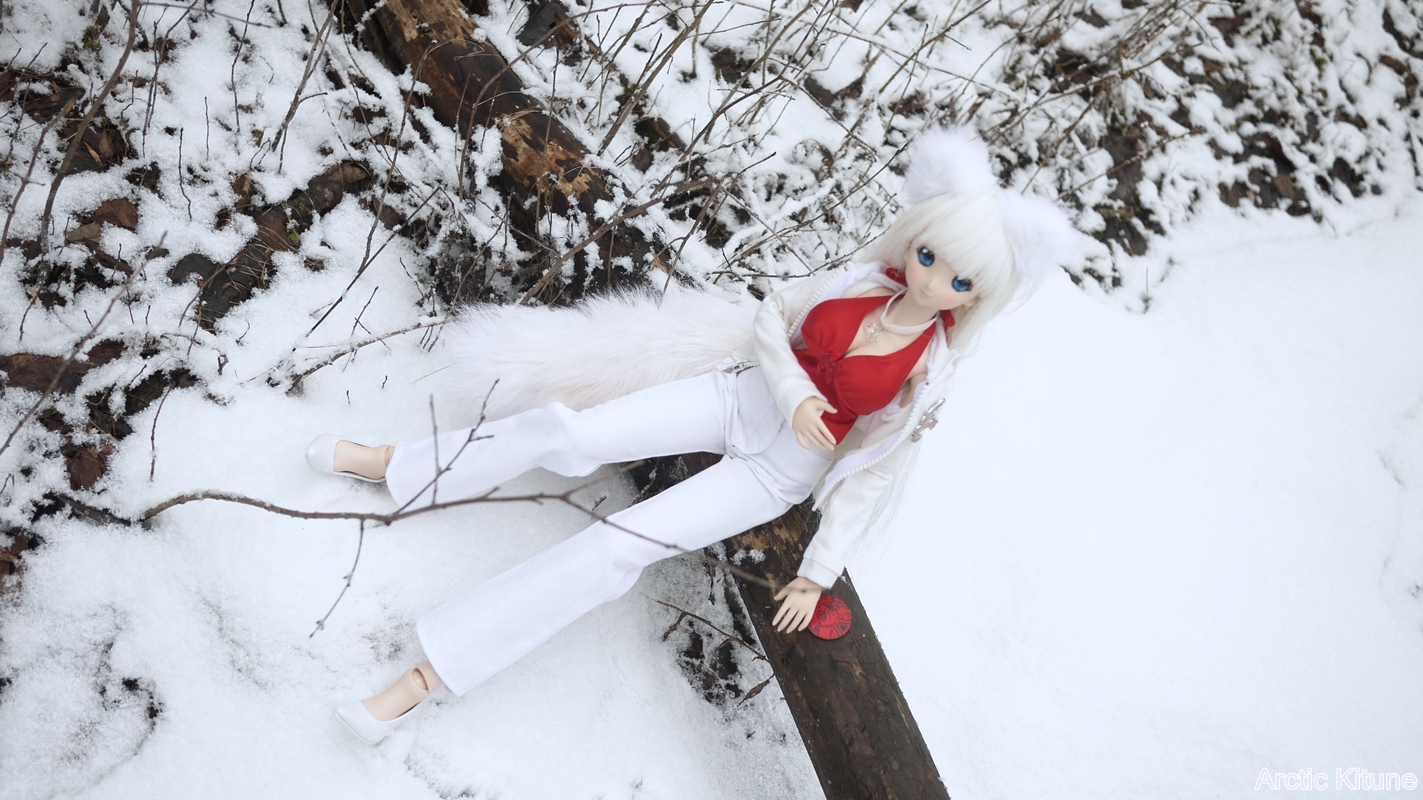 The wind was a bit troublesome, as was the footing for her heels. I know her heels aren’t appropriate. It’s either her heels, her other heels, or her ‘slippers’. I went with her heels.

Me and Vara also ended up getting blocked off from where I was going to take images originally at a nearby mini-garden. It was blocked off with quite a large section of a small lake (pond) with it trying to over-flow into the Ottawa River. The water was finding every which way to go in its over-flowing state. Wind and mud were both the least of my worries when it came to this water. 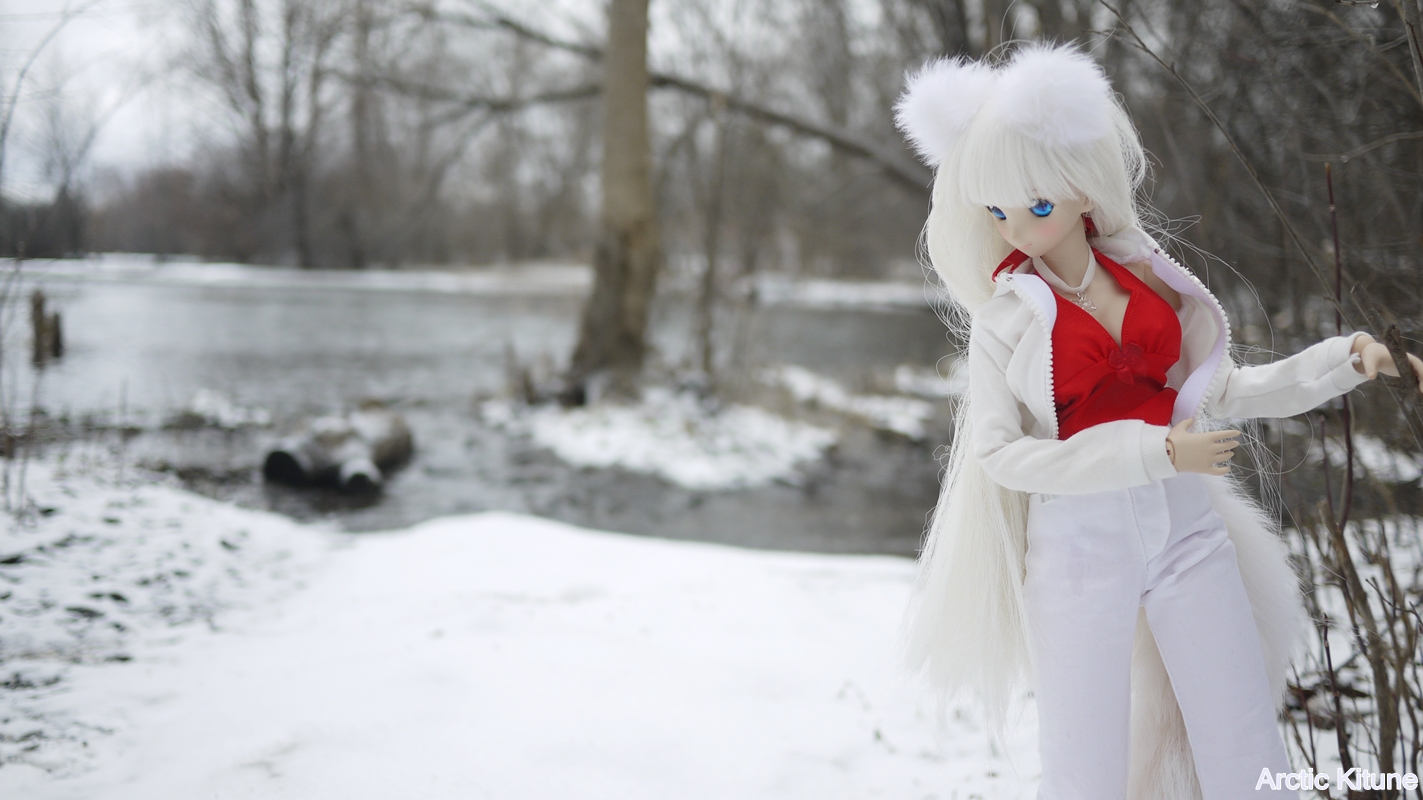 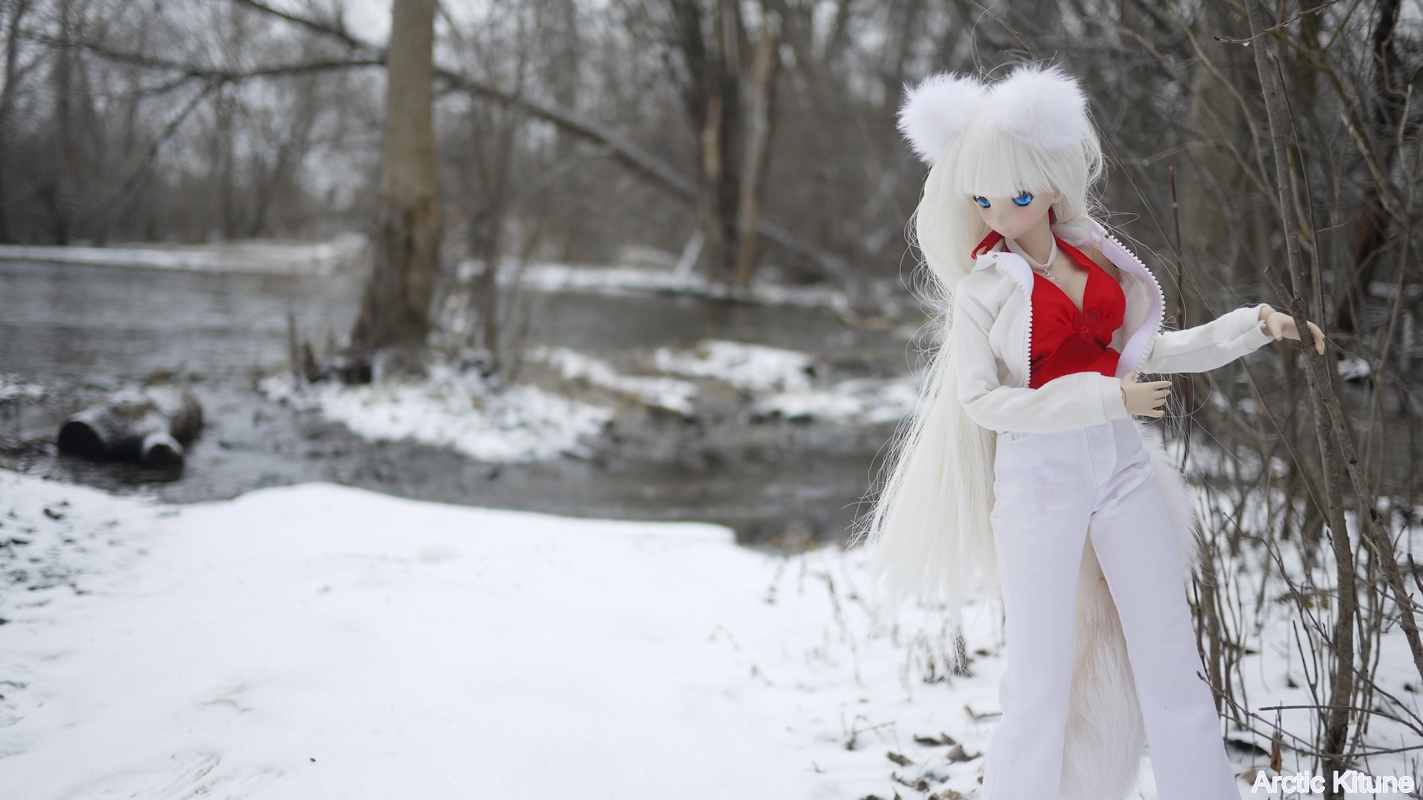 I’m quite amazed how much she can balance in these winds. I’m however a fool for not having her rest a little bit next to my bag while knowing how windy it was. The leaf-less trees couldn’t shield Varakitsu enough so she faceplanted into the grass, mud, berries, and whatever else might be there. She looks quite clean, just a touch dirty on her pants from before and on her forehead bit of hair. Should be an easy clean…hopefully. 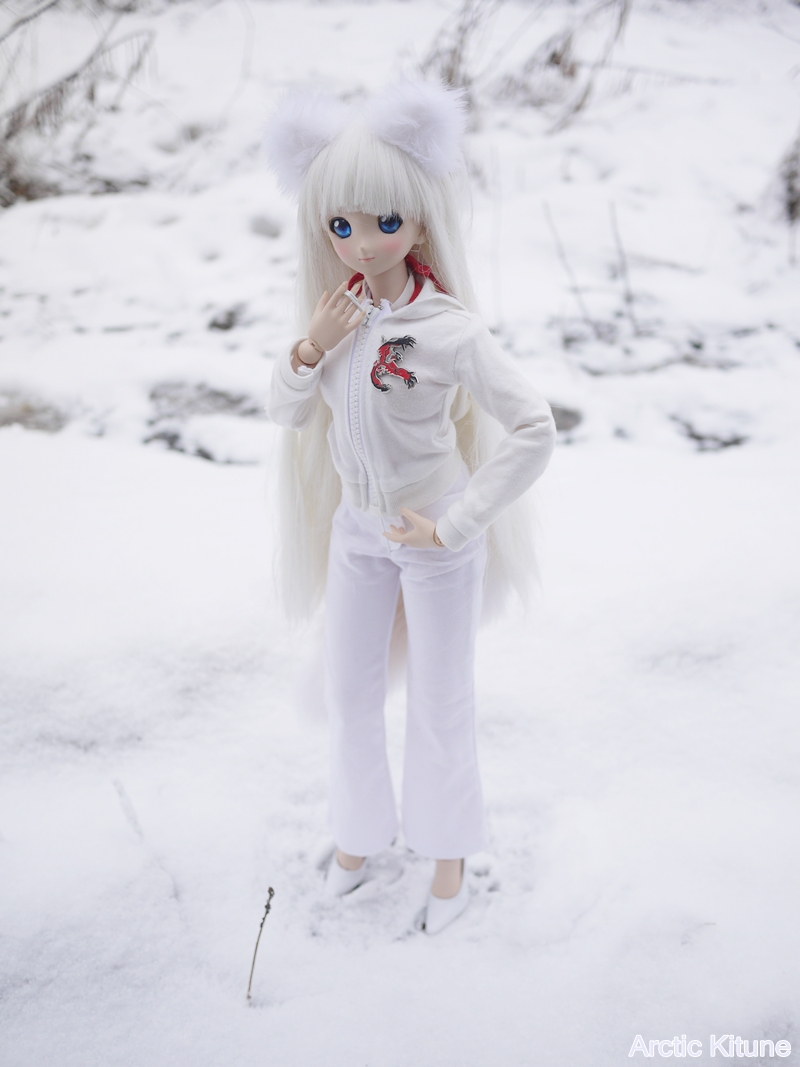 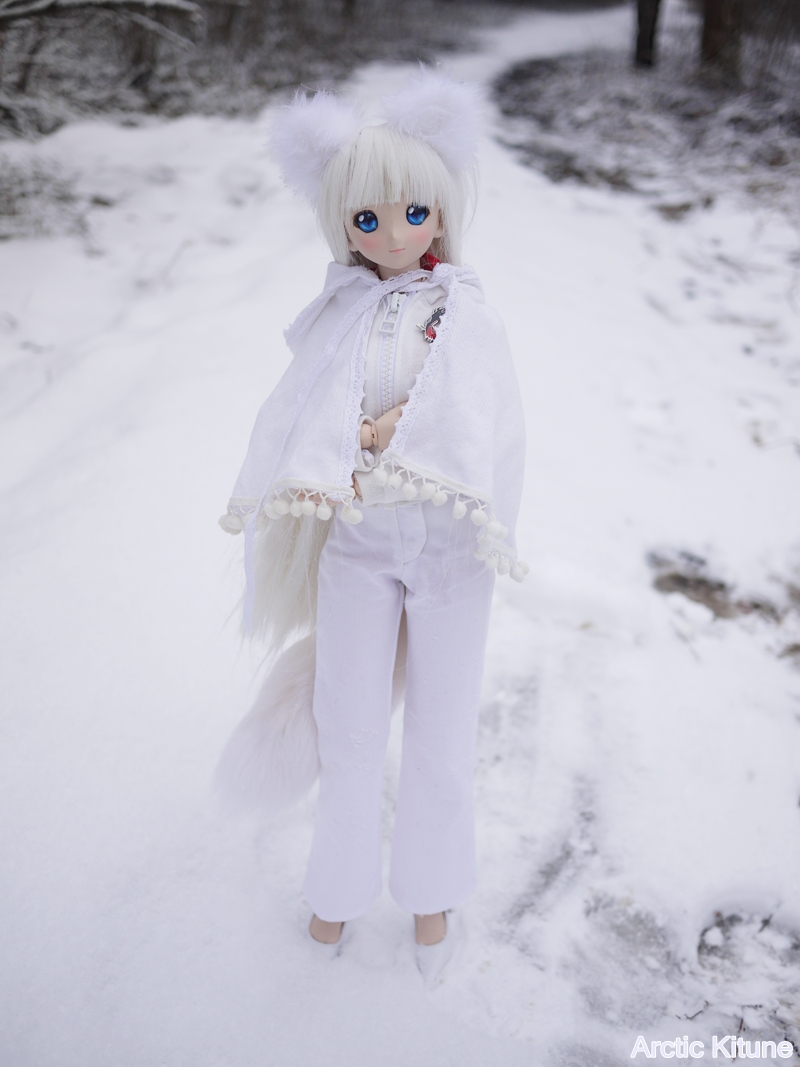 You know Vara, you’re starting to sound like Da Vinci with those cards in Nobunaga The Fool. I would say Two-Face…That would be highly insulting for your foxy highness XD.

The weather was still enjoyable, even though it was enough to piss off Ottawa. I wield a camera which allows me to be happy with this kind of Varakitsu or natural tease, pranks, and jokes. I love Ottawa’s funky weather patterns with me now constantly saying – “typical Ottawa” – because of how weather behaves in Ottawa. I had my fun, Varakitsu had her fun, while leaving on two minor ‘accidents’. Both can be fixed by a clean. I have yet to even fix her tail

I had to buy a new lamp because I kept having to borrow one, also with my current one even blowing out. I’m loving this new lamp which now allows me to take images whenever without worry. No light-boxes yet because of no room and I’m not a fan of those. She came in from the cold so I had to strip her of her dirtied trousers to get cleaned. Her body was cold to the touch so tried to warm her up with room temperature, and with the blanket on top for visual off-camera beauty XD. Makes for some neat shots. 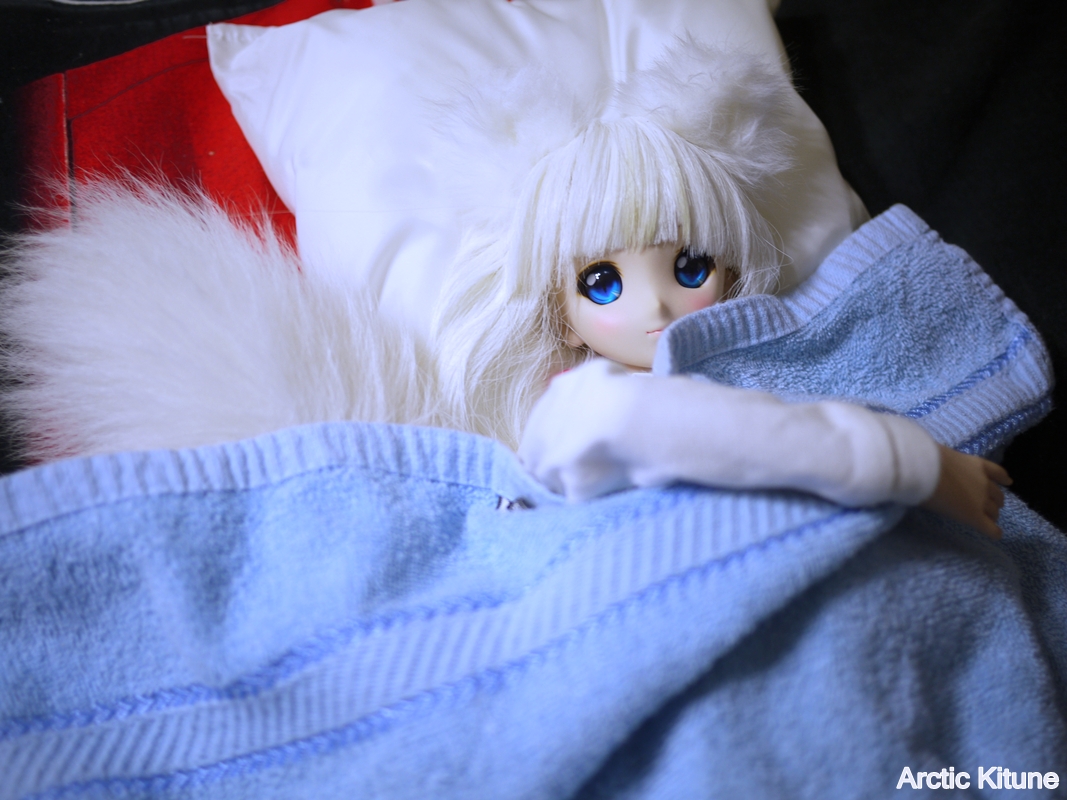 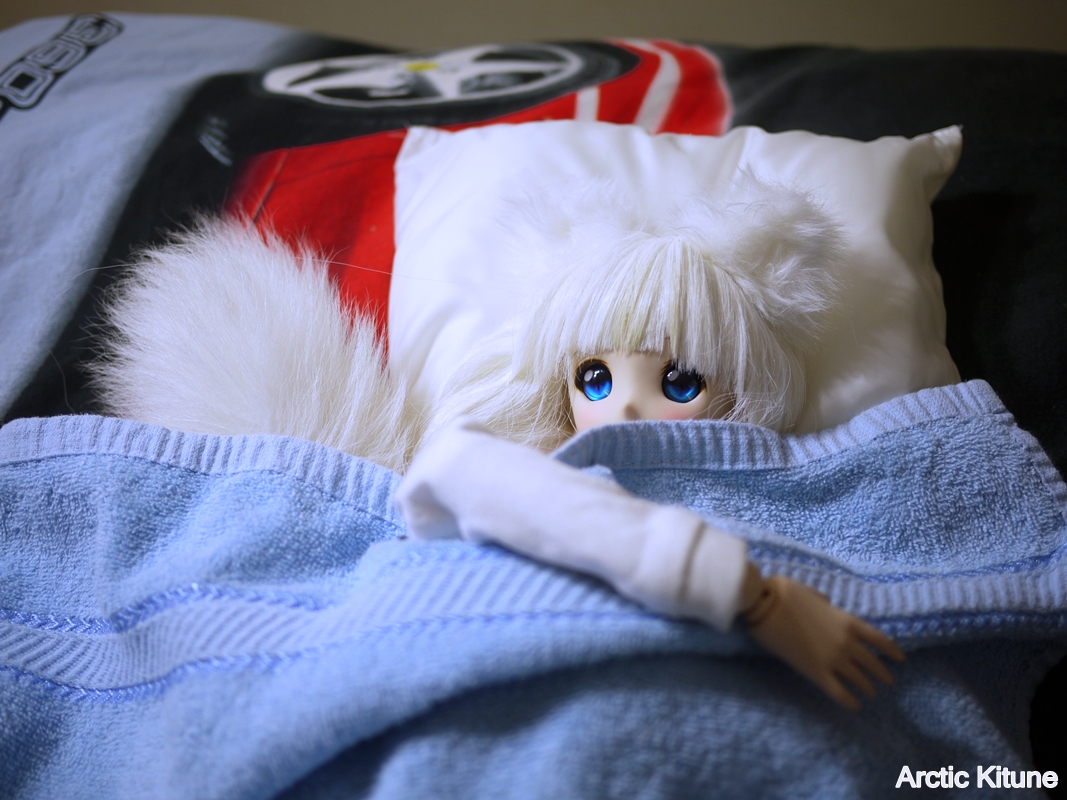 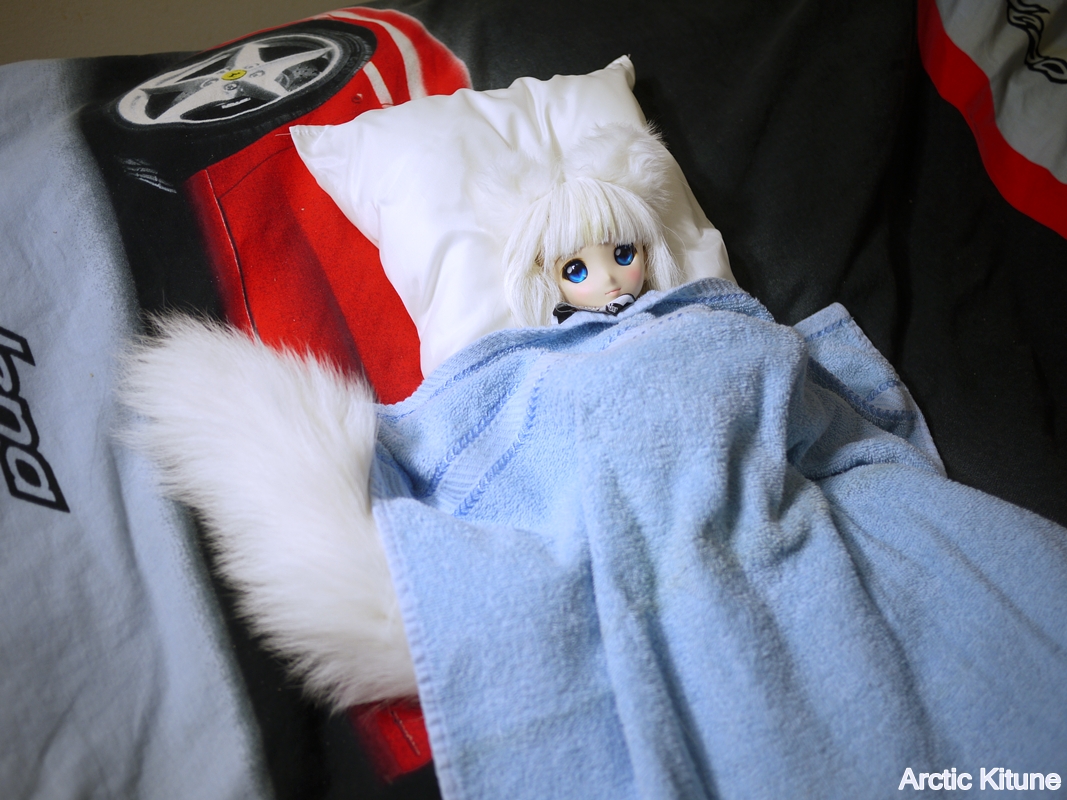 I’m overly happy and amused that I actually went out and took images. I was going to let this day pass to lead into Minecraft. I made the right call to have more fun with Varakitsu with more images to admire later on. She looks awesome in the various poses I caught her in. I’m even happy I went out to say my actual good-byes to the final sign of winter while even receiving an amusing response from a cashier about the snow. She wanted it gone while I wanted to take images, even if it was a long winter.

Also had an itch to take images because of Varakitsu popping in a dream dealing with ‘pocket realms’ that last briefly before having to return to ‘reality’. Vara was in a hotel lobby like area then found in one of those old European outdoor BBQ’s in a park in an overgrown urban park next to an abandoned building in an abandoned city occupied by Nazi’s. Had to ‘rescue’ them from them with Vara ending up relaxing happily on my arm.

I’m currently on the fence if I should enjoy her past images, or not to enjoy them. Others can enjoy them…I’m however undecided and overly picky. I’m also getting close to preparing to make a photobook of Varakitsu images pretty soon. Might do a Busou Shinki one seeing as how I’m doing those less now. We’ll see how it goes. Lots I want to do.

Anyways, thanks for viewing and hope you enjoyed these images 🙂