Merry Christmas & Happy Holidays! Hope you had a lovely festive season to enjoy what you’ve gained under your tree, or whatever you’re celebrating.

I’m actually surprised with how awesome my December has been, especially with how brutal the year 2015 has been to me. I happily got a Wii U + Mario Kart 8 bundle, along with Xenoblade Chronicles X. I also gained tons of chocolate, as with Varakitsu’s open-chest ‘rose’ sweater, and some kind gestures here & there. Even a nice lovely Dutch navy mini-package from my Dutch comrade (Naito-nii – A.K.A ‘ero-kami’) priding the Dutch navy.

Such an awesome December!

I forgot to note that Tieren brought up what I was aiming for after I gained the rose ‘open-top sweater’ with how I wanted to match her up in all white. That was the plan, yet the white open-top sweater was sold out. Still happy I gained the rose with their help, yet a bit ‘cursy’ (wanting to curse at Coolcat) for re-stocking the original white sweater item back after I purchased the ‘rose’ version. I find it fitting for Christmas though: “Merry Foxy Christmas!” 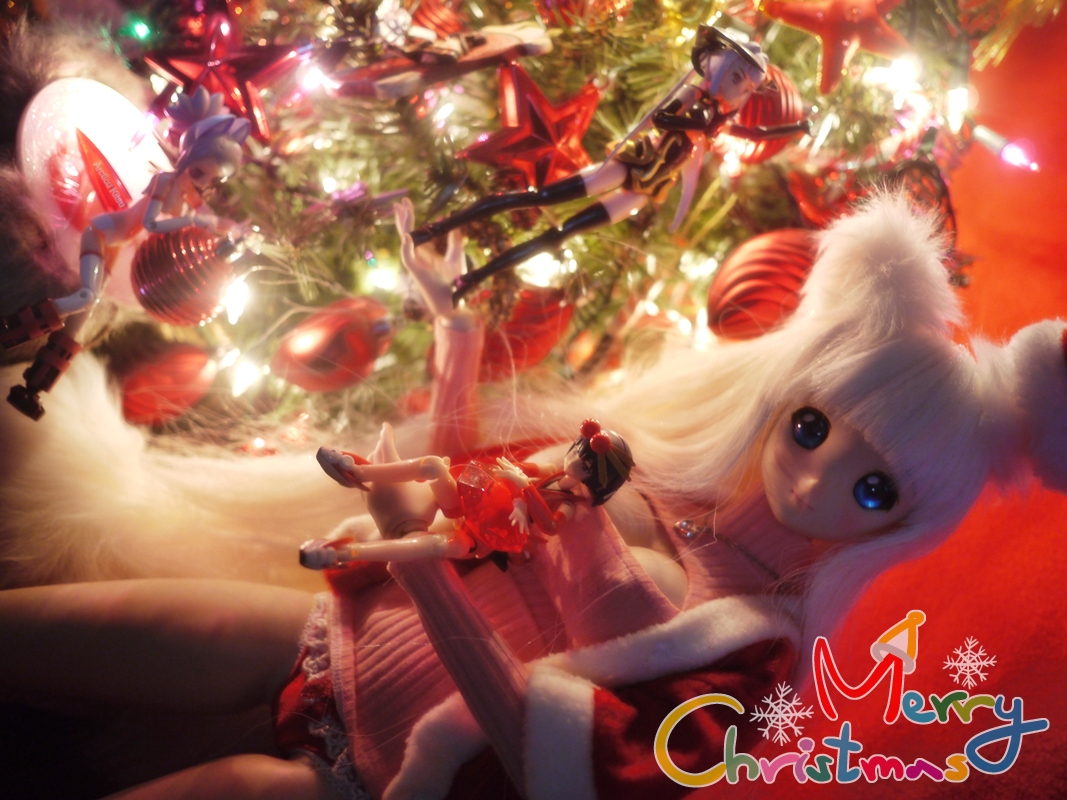 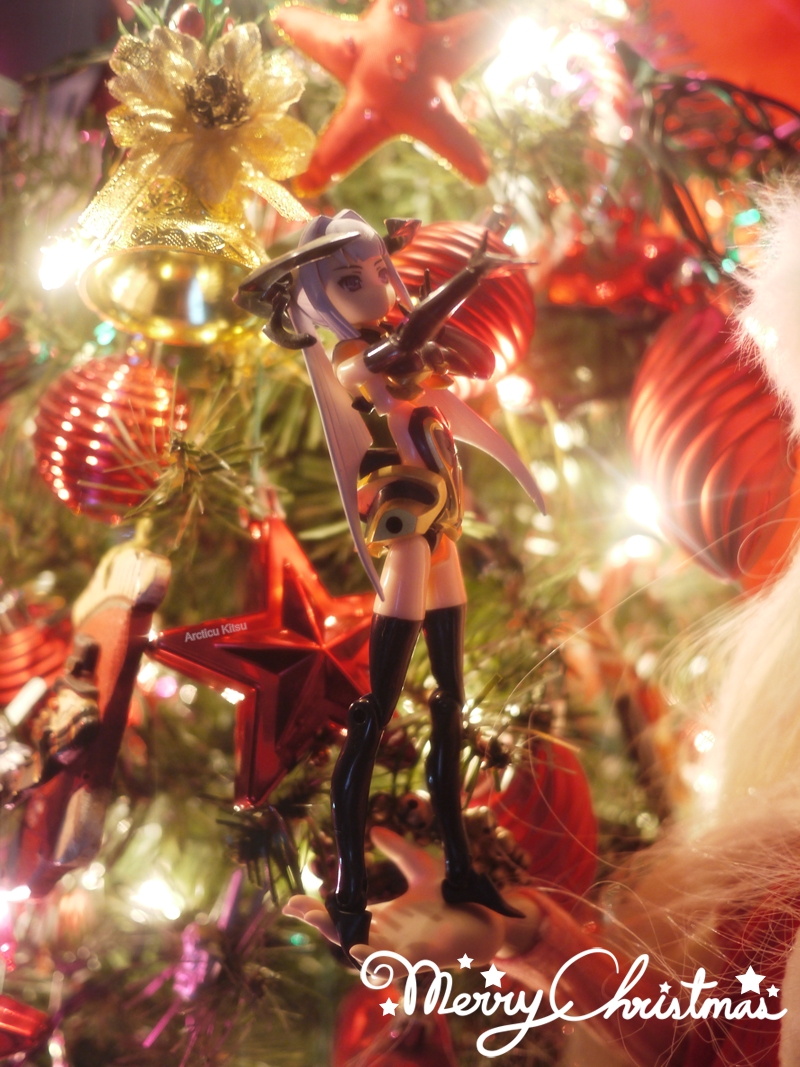 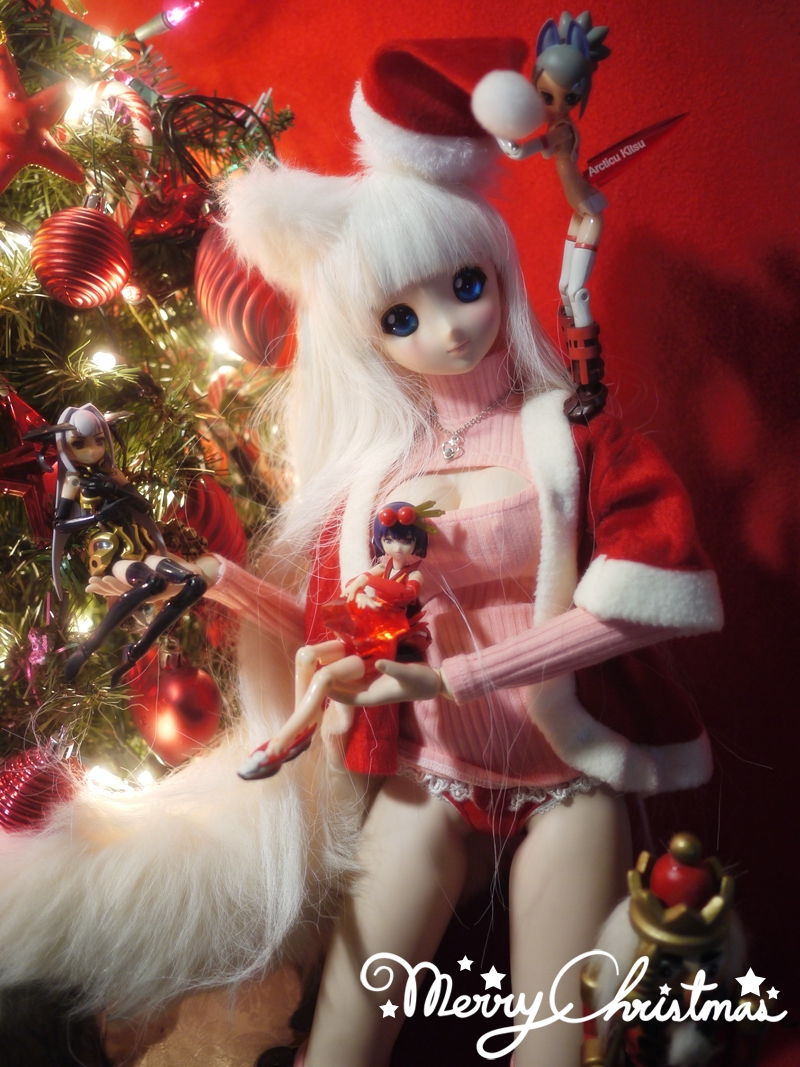 It’s been both a neat, if odd December also. We did gain a few snowfall, yet something I can’t blame on ‘Global Warming’, or anything relating to ‘Global climate change’. We had green Christmas like this ages ago with winter then packing a nasty punch during January, February, & March. Those are the months to fear in the Ottawa region.

Noticed a handful of snowfalls (flurries & dusting), along with freezing rain, misty-fog rain, & those rainy days.

Just some quick images of my Sinterklaas gift of Xenoblade mixed with the Christmas gift of a Wii U + Mario Kart bundle. Shall share a handful of Xenoblade Chronicles images because I find it overly fun, and something people should play. Put down that moronic bias against the Wii U & actually play this game. It’s worth your time with actual great fun. Such care & attention was placed into this that everything shines highly, minus the limited character creation. Everything else, overly epic. Beautifully composed music. Love it!

I have to strongly stress that if you haven’t played Xenoblade Chronicles X for the Wii U then you must find the spare funds & time to do so. If you don’t, then there’s something wrong with you, more so with how North Americans can’t design proper functioning game in the decade of 2010-2020. If you’re going to shit on Konami for killing both video games, as with my beloved Busou Shinki line; EA games for milking DLCs on sub-par games then you’re an idiot for not wanting to try out a beautifully designed game like this. It’s such a beautifully crafted game that it’s really worth your time.

I guess I am guilt tripping and insulting those reading this, yet I need to stress this highly that I seek genuinely fun games worthwhile of my time & attention. After being burned numerous times by my fellow North Americans in gaming that I want to play actual games, not lemming ‘main-stream’ games. What I enjoy could be easily transferred to those that follow me because I don’t have time for bullshit, and I’m sure you don’t either. I’m sure those reading this being intelligent also. Seriously! Go play this heavily cared for & nicely crafted game with an awesome soundtrack for the Wii U because you’re also supporting games that are perfectly made, unless you prefer the shit-fest of ‘Star Wars: Battlefront’.

Free roaming games are just my thing, and I love this for that <3

I need to thank my Dutch comrade for sending me these kind packages. This latest one containing the postcards & images of various Dutch navy and military assets. A bunch of historical things written in Dutch also. Loving what the Dutch navy has planned for their navy, something I wish the Canadians were competant with what they want to replace the aging modern destroyers in our Canadian fleet.

We’re [Canadian navy] supposed to gain roughly 14 Frigates, a few more ice breakers, and some helicopter based naval ships. That is if the Liberal party now elected doesn’t intervene after successfully seducing 80-90% of the Canadian populace. Who knows what the Canadian navy shall have, and how intelligent my fellow Canadians shall be by the end of it. This just makes me want to worship the Dutch navy more because they’re more intelligent than my fellow Canadians who are shy about admiring the Canadian navy because the Americans told them to hate it also in the history books. It’s fairly awkward.

But ya, I love the kind gesture of Naito. Thanks! Quite a shame this package had an accident when it was being taken from the mailbox to be handed to me. It was left on the car roof, flew off, sat on the ground for a good hour, ran over by another car, a red museum pen was cracked/broken, then I found it when I returned after much panic. It was quite weird.

Just to be clear, I’m Anti-American arrogance & blind-pride, not Anti-American 100%. I respect USA, just sick and tired of their constant “Me! Me! Me!” crap. Same with how I keep pointing out obnoxious American players trying to force USA into a game called ‘Kantai Collection’, yet ignoring Canadians, Russian, Dutch, U.K, among many others. One even whined by claiming USA is never covered in a World War 2 media (i.e Movies & such) that I called him out & got threat locked for ‘Flame war’. Meh. I do respect you Americans, just that you tend to be “too loud”.

Also am aware that this lovely bird occasionally lands in at the Ottawa airport. Wish I could grab a snap of it.

I had to laugh (respectfully) how eager and proud the Dutch museum staff were in wanting to share their museum postcards & images to me. Naito mentioned I was Canadian with the Dutch being overly eager to gift Naito everything so I could enjoy everything in Canada. Ah, how I love our Canadian-Dutch connection during WW2.

Oh, how I love the Dutch navy the more I’m exposed to them. I just love what I’m being shared because it props up their worth & value all that much more. Would be sweet to see what else the Dutch are hiding, as with their units being ‘Kantai Collection-ified’ for the fun of it; Pixiv art style. Now if only I could see the same for the ‘RCN’, which is now on me to look into. If anybody knows more about what the ‘RCN’ is hiding in aviation & ship concepts then I’m open to hearing them, especially with my interest in aviation and naval military stuff. I’d love to see more Canadian pride on my end also. Dutch & Canadian aviation and naval pride being sweet.

Naito, I now need to return those passive favours of you sending me gifts with me sending you some Canadian ones in return. Should be sweet to send you Canadian ones that I find. Thanks!

>Merry Christmas & Happy Holidays! May you also have a lovely New Year!