Kon! I have more Pokemon related goodies to share with one and all, including Varakitsu. She had fun examining my Pokemon loot with a partially interested Renge. Pixelmon is also highly addictive.

I went to check my local Walmart to see if they received any more Pokemon booster packs for me to have fun with. They didn’t. After a short while of thinking I purchased a different variant of the Fennekin Deck set and a Yvetal Collection set. I’m glad I spent a long while pondering because I actually did get many great cards to boast, share, and to add into my Pokedex card collection. Varakitsu also has a lovely Fennekin flipping coin to play around with.

I’m overly happy with what cards popped out of the booster pack for me to share and to add into the collection. One of them being a Mew Ex card that I briefly wished for before actually receiving it a few days later. Whoever granted my wish, thanks! Maybe it was Varakitsu, or someone or something else, or just plain luck. Whatever it was, many thanks! 🙂 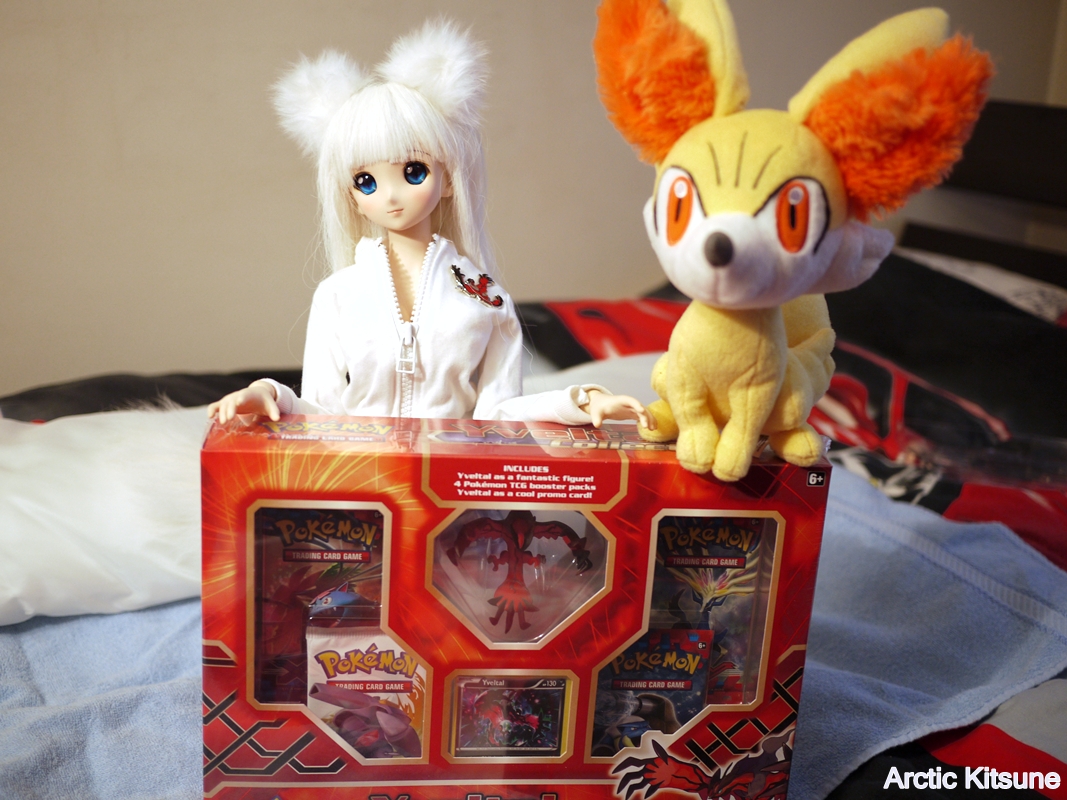 I’m not sure how common or rare these Ex cards are or supposed to be. I already have three of them without really trying. I guess they just might be common enough that at least one person has 1-3 of them on average, or I’m just that lucky. I was also wishing for an Ex Mew and found it in one of the booster packs provided \o/

Pokemon still has that strong pull on me with something about it that just still appeals to me even a decade or more later. Varakitsu herself keeps adding on to that pull with how I can also customize her with pins while also giving her accessories to play with. She has that same effect that Perso (ex-blogger) and any other friends have.

To add to that, there is this Minecraft Pokemon mod named Pixelmon that adds onto the Minecraft addiction by making everything open world with Pokemon. You start off with any of the 1-5 gen starters allowing you to then roam around the world to be a nomad or a settler. You choose what to do in your world by fighting Pokemon and trainers of varying level. You can choose what Pokemon to catch, train, what to build, and where to roam. You can even choose to ride your Pokemon over land, sea, and air. If that doesn’t sound awesome then how about being able to capture Pokemon by simply throwing Pokeballs of varying types at any Pokemon of choice? It’s all awesome.

Looking at Pixelmon makes me wonder why Nintendo hasn’t made a free-roaming game similar to this. Pokemon found in specific biomes, varying levels, necessary Pokeball crafting, Pokeball manual catching, mountable Pokemon, varying roaming trainers, and having to briefly plan who to fight. You survive, fight, craft, train your Pokemon, catch, and everything else. I prefer this type of freedom in my Pokemon games, wishing Nintendo to discover a more FREE-ROAMING way to encounter Pokemon like in Pixelmon.

Thanks for viewing and hope you enjoyed Varakitsu, Pokemon cards, and Pixelmon portion of this article! Enjoy!