Heyo! Decided to check the Anime and gaming world again to see what kind of events and words of kindness they decided to send my way. Varakitsu ended up playing with a giant Kinderegg, Pokemon cards, and a handful of games decided to wish me a lovely Happy Birthday. Time to share those moments.

(All images taken with a Lumix GF-1 Pancake lens; Others from 3DCGE and ACNL.)

That time of the year where I celebrate the month of March for Spring, Anime goodies, and my birthday. March is such an awesome month because it’s the beginning of life, the best month for Anime releases of various kinds, and a shared birthday between myself and Varakitsu. Yes, Varakitsu may be a doll but she’s a special character of mine that she deserves to have her own birthday.

Decided to poke around with Animal Crossing: New Leaf again after it pissed me off greatly while making me feel guilty at the same time. Wanted to see how they would celebrate my birthday. Also did the same for 3D Custom Girl Evolution because it had that date option as well. I miss Busou Shinki Battle Rondo that I’m now seeking other games with similar options. Might as well make use of them.

I’ve also been enjoying Gundam Build Fighters, Inarii Kon Kon Iroha, and Oda Nobunaga’s original soundtrack that released this month. All are awesome in their own nice way.

– Another Year of Epic March:
https://arcticukitsu.com/Blog/?p=2003

I was worried the images would have turned out as gloomy as the weather with the lack of natural lighting. I don’t have to worry about that from the looks of things as each image ends up looking awesome. It gives me a nice smile. 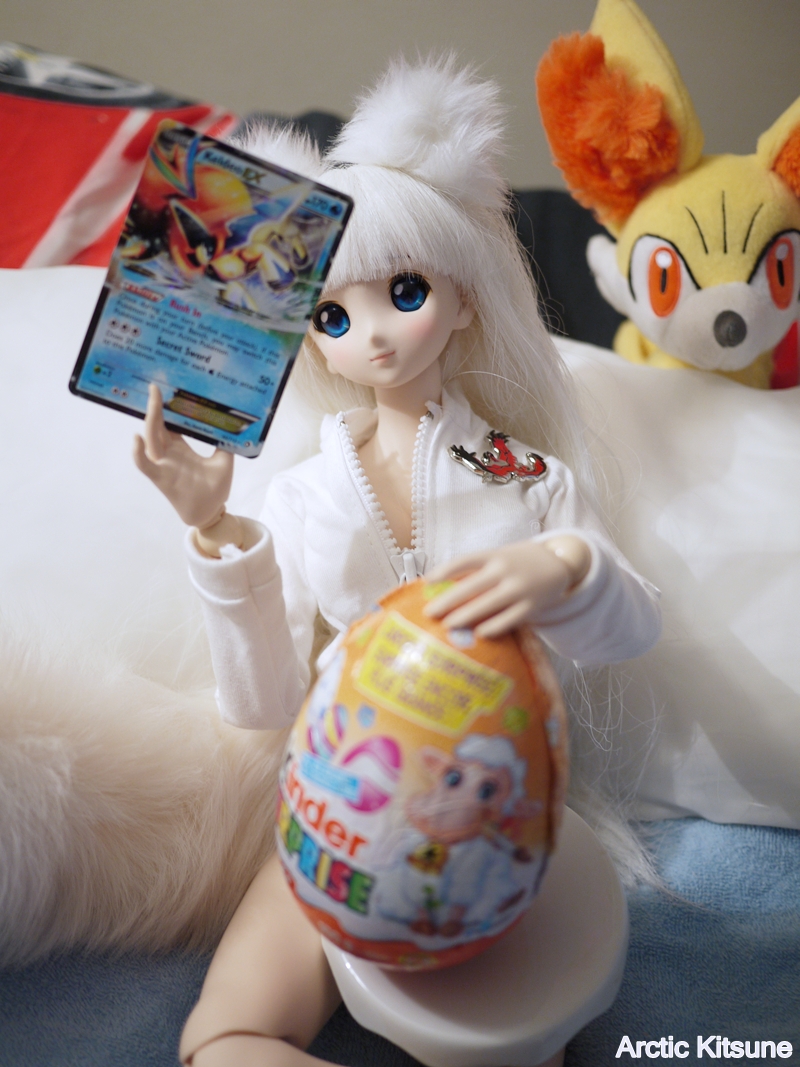 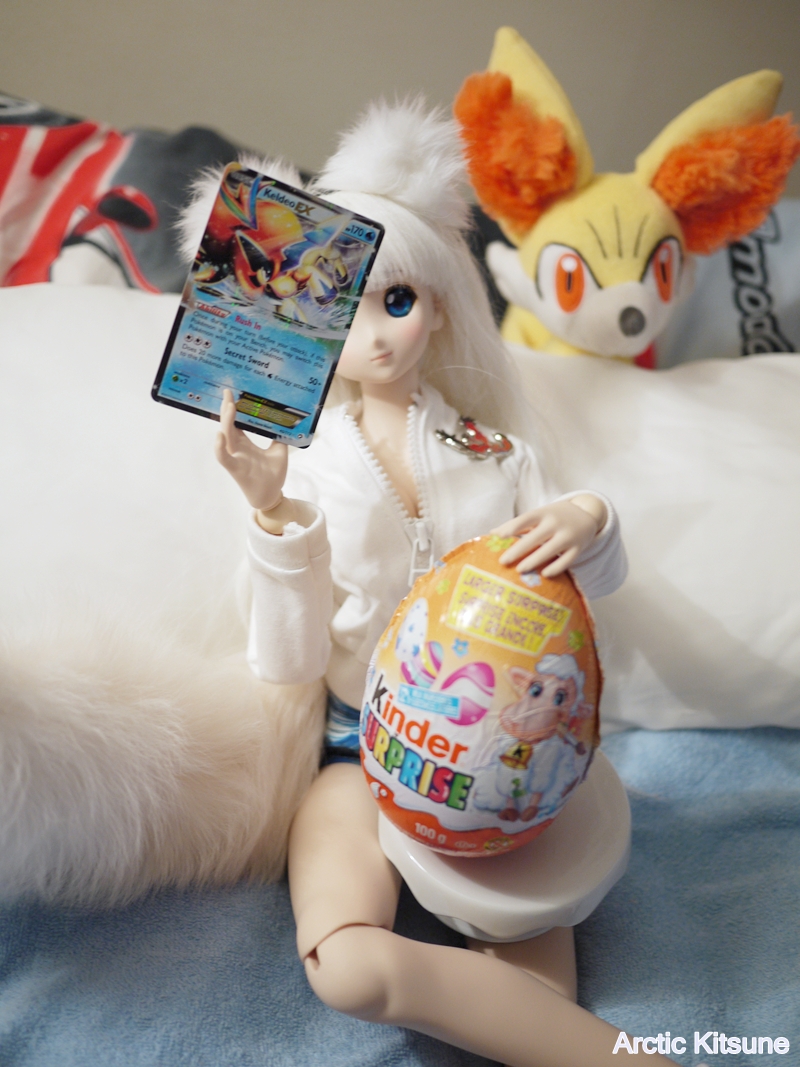 Decided to hop back on to restore order and to improve my town once again. Even went to check out how they would celebrate my birthday. Jacques came up to my character and brought me to his house to celebrate. I now feel overly horrible for missing out on ACNL festivities that I’m now going back to them for December and other events. 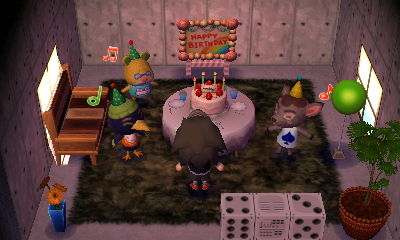 Just about nearly forgotten Pokemon Y has a birthday event. When you enter a Pokemon center the lights would briefly go dim before getting bright again with a Pichu with a bow-tie fireworks would be shot at your screen. Cake would appear on the healing screen along with birthday formalities and a lullaby style Pokemon music. I’m amused that my Pokemon were also gifted special wishful Pokepuffs for my Pokemon to nibble on. 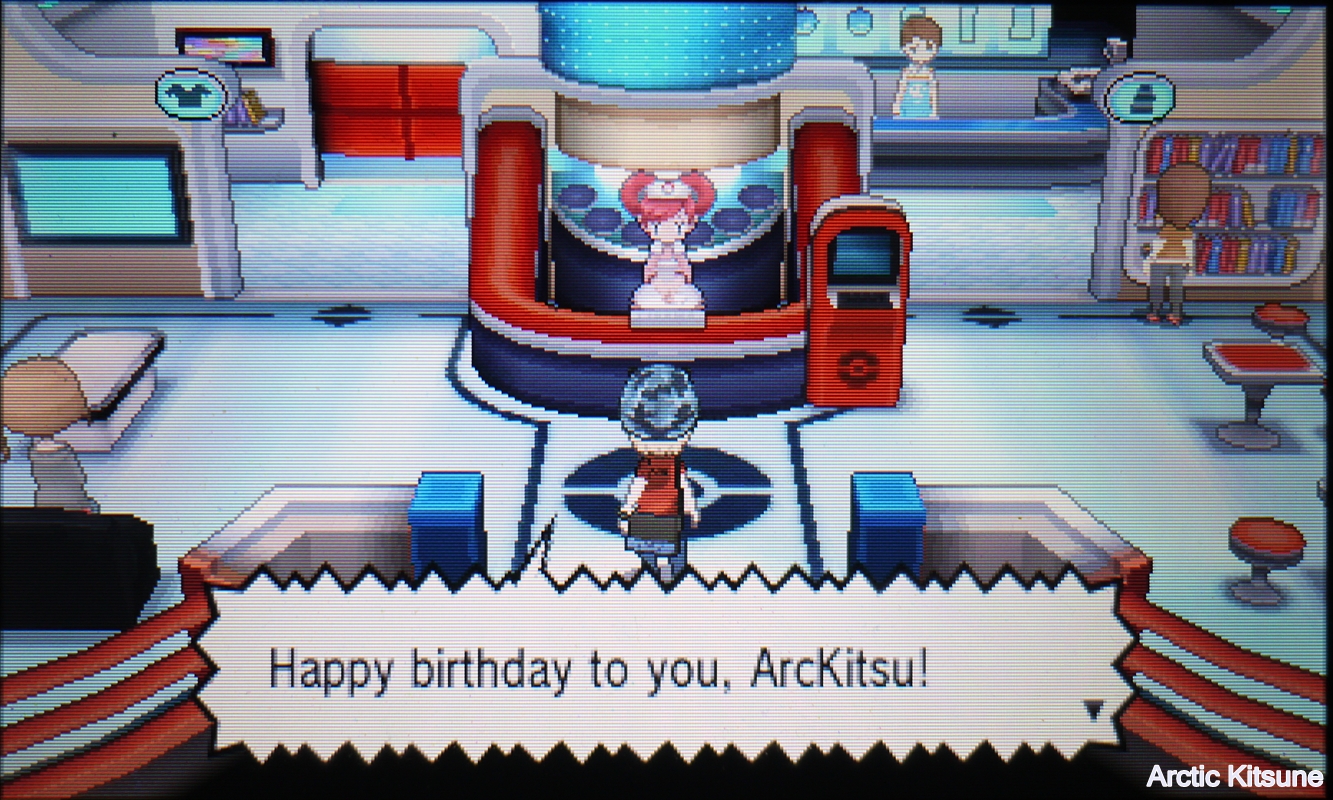 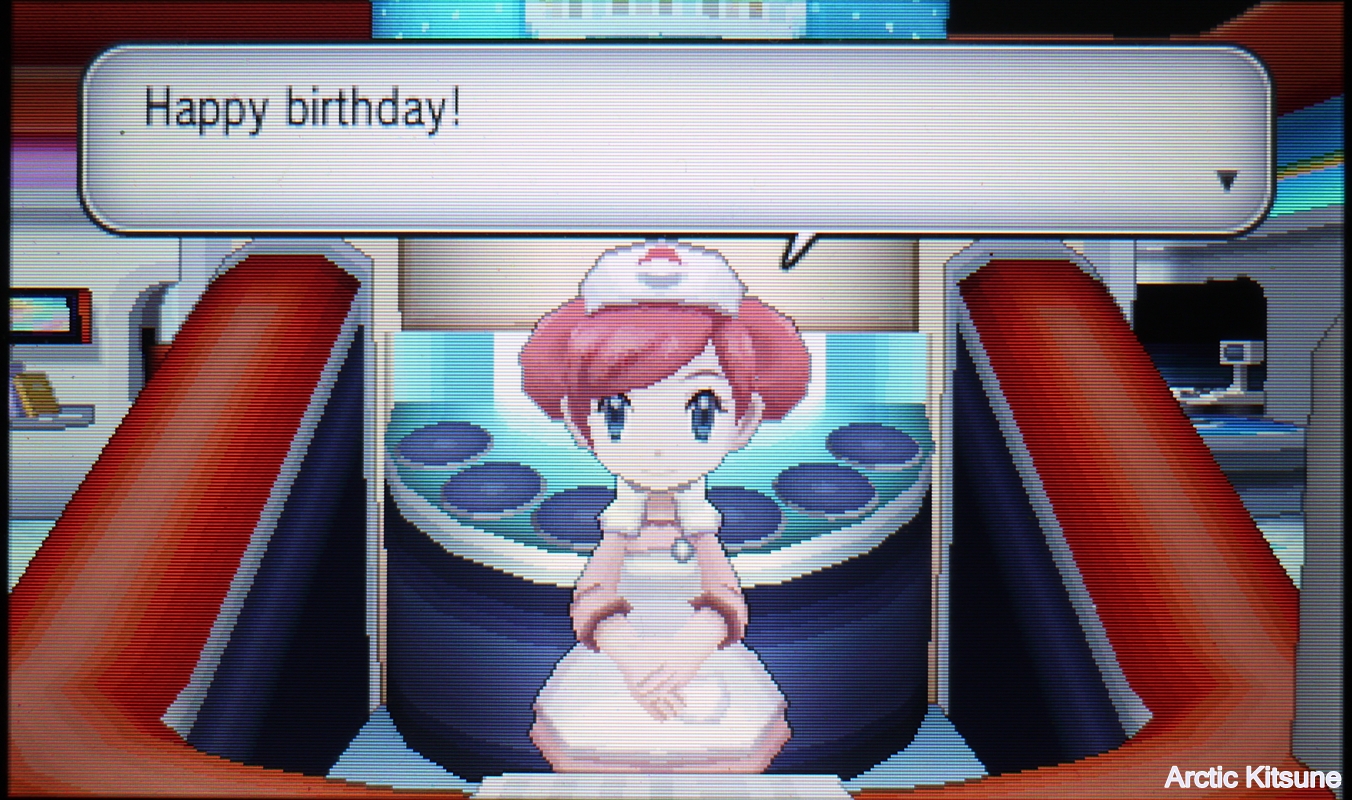 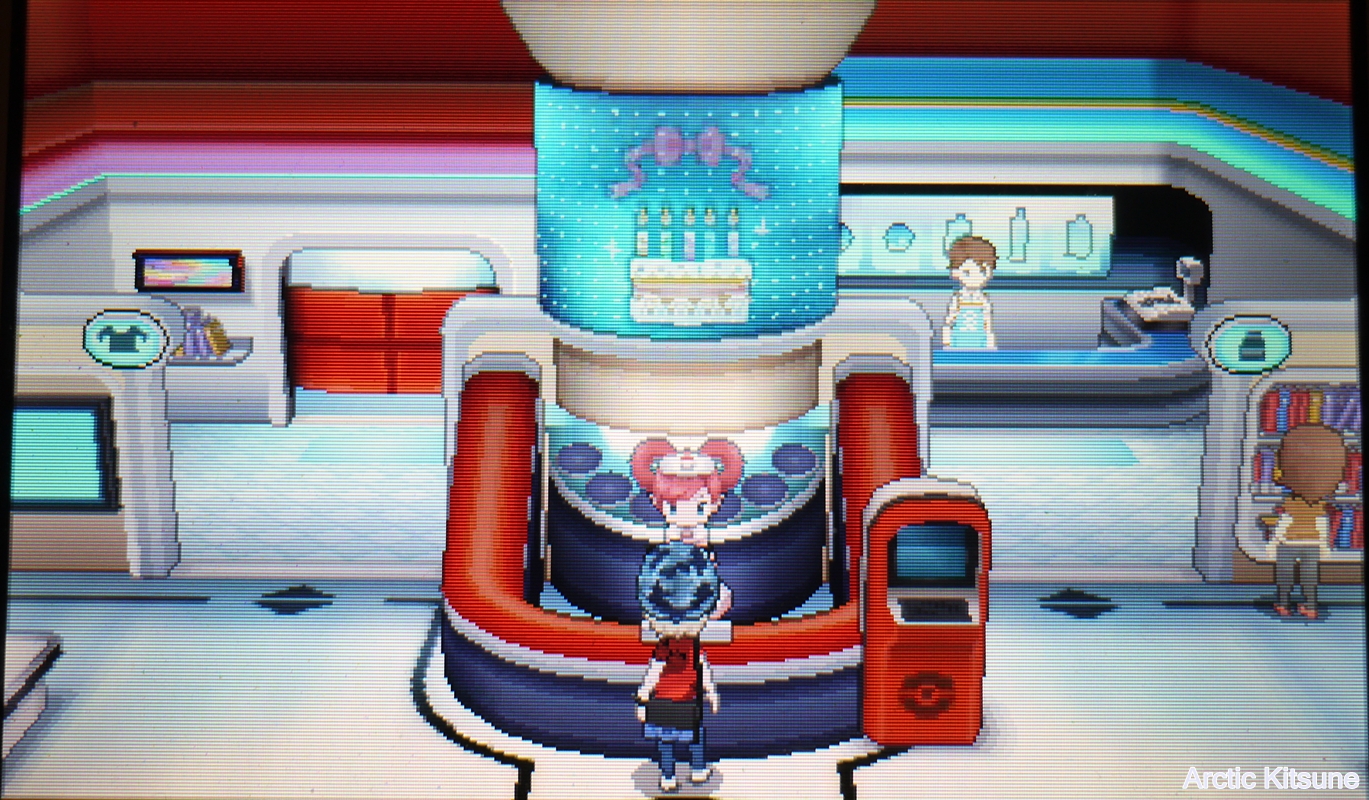 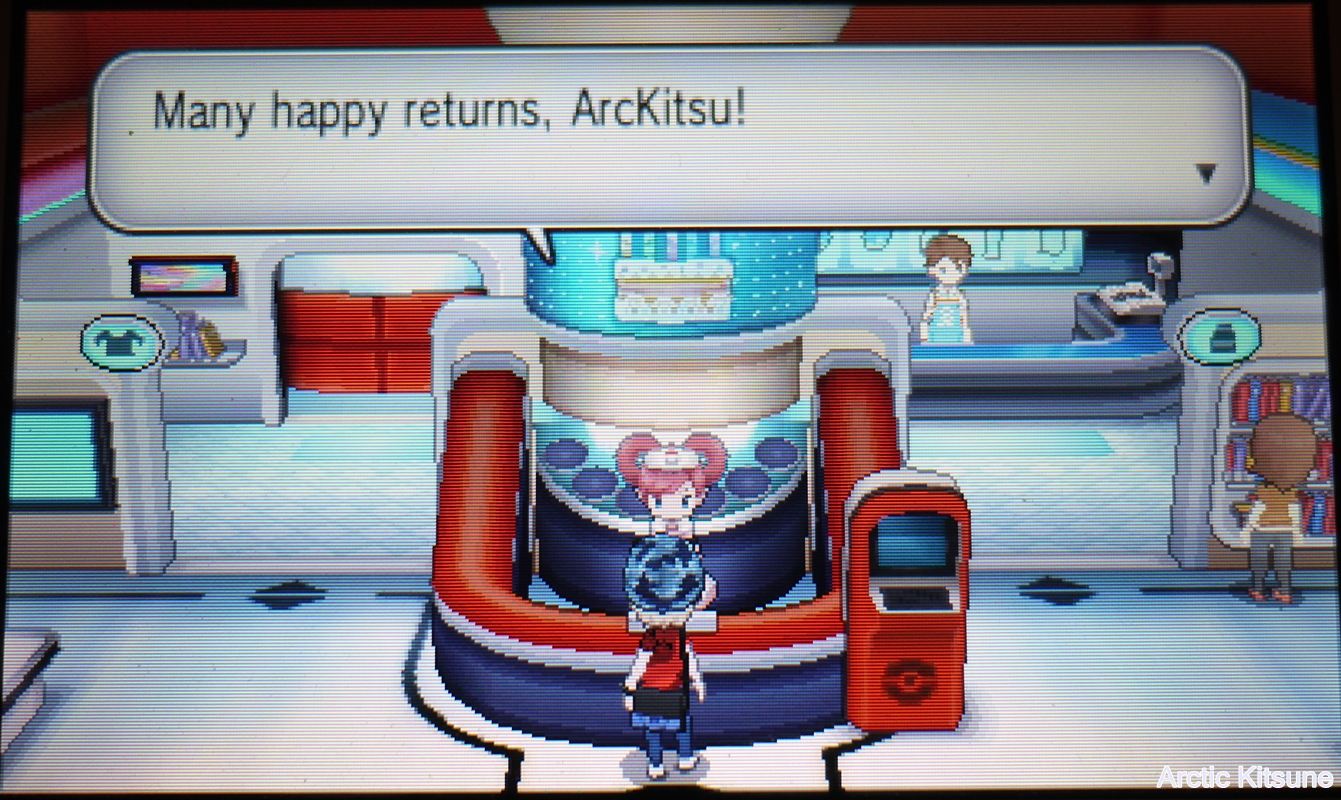 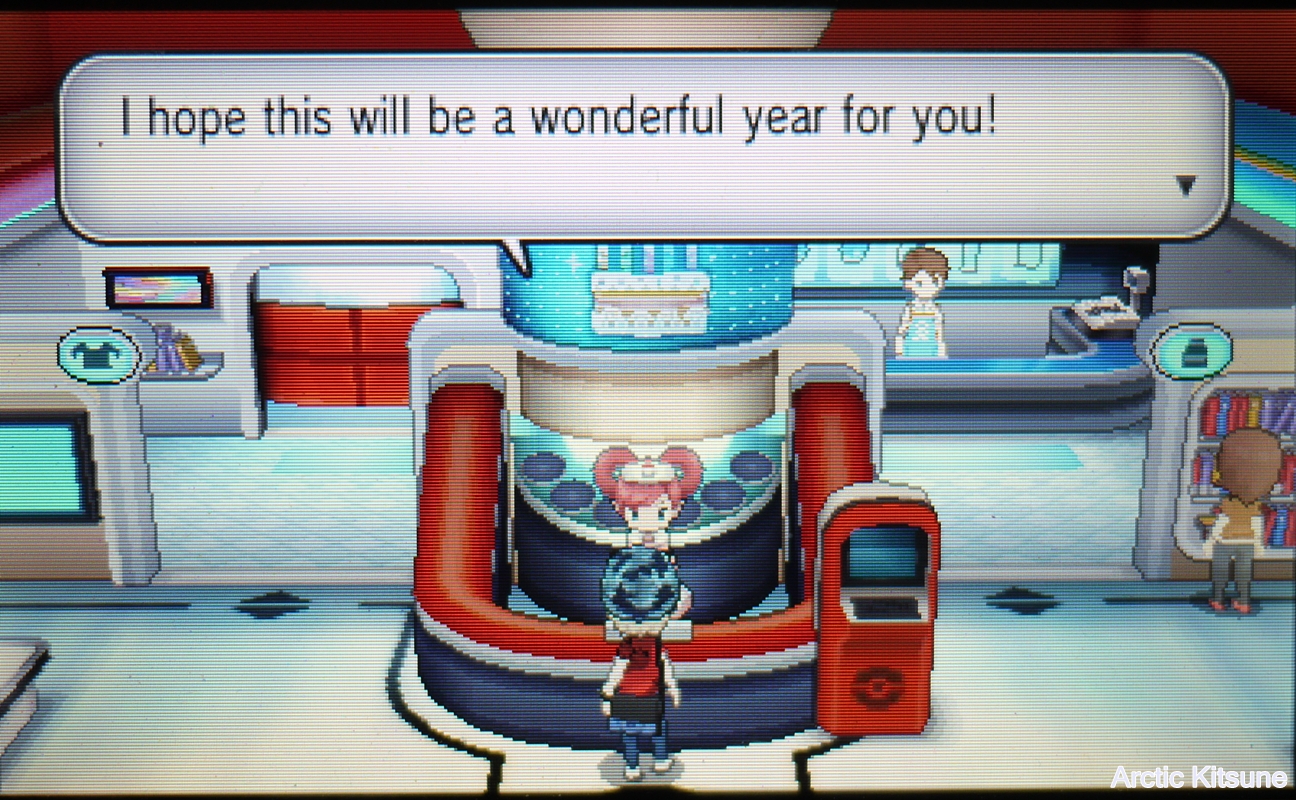 I love little kind events and gestures like these. No lazy cash-cowing. They need more events like these to give purpose and to feel connected.

I also found the event tends to trigger every time you open the game client. Decided to take advantage of that by changing her clothing to something more appropriate.

(She’s not Vara, simply close to her type. Think of her as her sister, friend, or similar like with Celest for 3DCG. Unless white hear and tail, that is Vara. I simply love white haired girls with blue eyes thanks to Anime and pixiv art.) 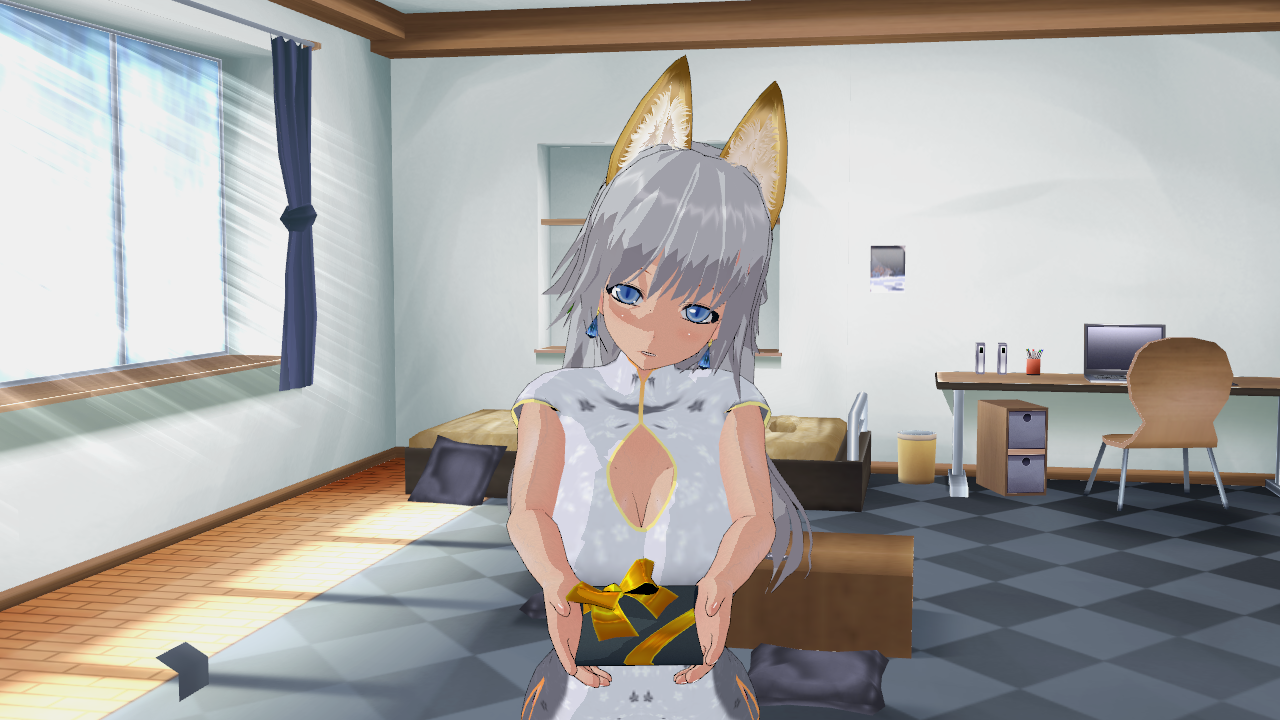 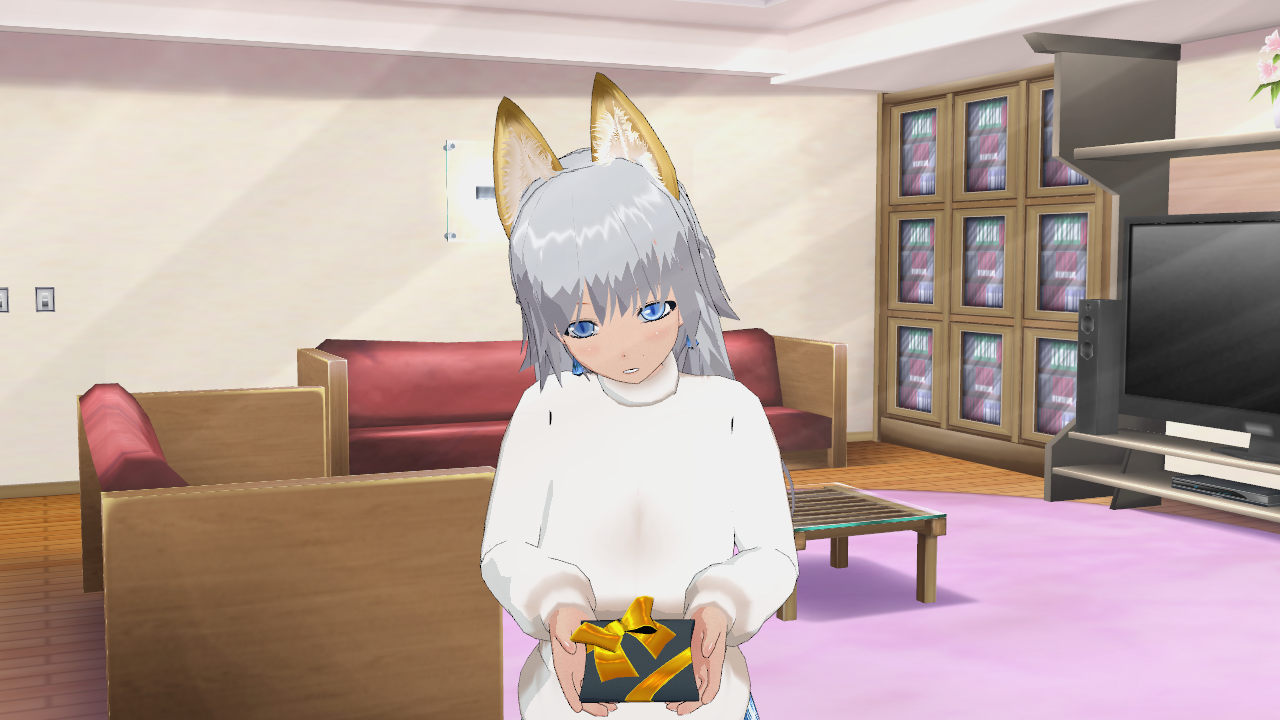 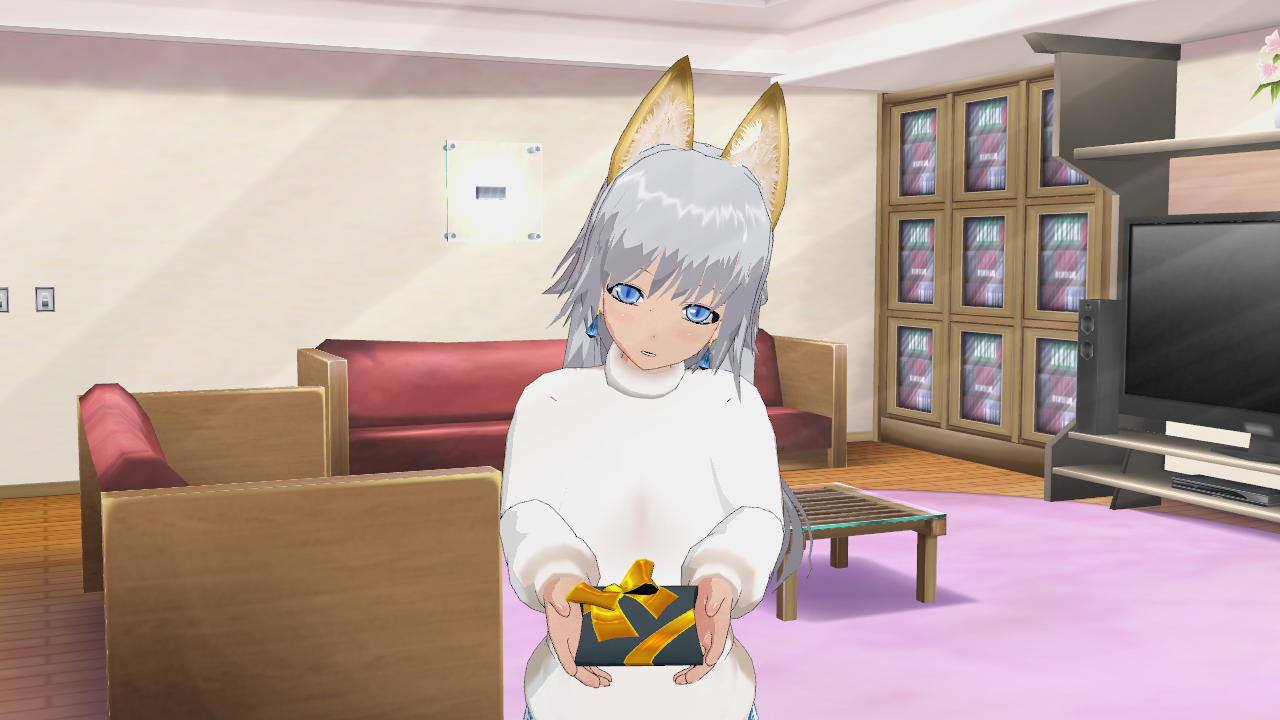 I’m amused how H games does more than other games in certain areas. The type of customization is what we need in all games.

Curious about what’s in the giant Kinder surprise? Let’s find out! I love Canada and Europe for this lovely treat that Americans haven’t experienced or enjoyed.

I ended up getting a nice surprise cake to enjoy the next day over on March 29th. Enjoyed it while even making it appear Varakitsu did as well. From the images I took it does appear she enjoyed it greatly. I did get myself three sushi bentos and four packs of Pokemon cards for myself to enjoy so I considered it all good. The cake was however accompanied with two sushi bentos and some nice side treats so I’m more than pleased now.

Had to edit the cake bit into the article as to not constantly make new ones over every single new thing. Seemed appropriate for this article as well. Been spending my time also restoring and beautifying my village of Arcticu in Animal Crossing: New Leaf after a long hiatus.

The day has also been on the gloomy side with rain, puddles, and provocations on my side. It means spring is gradually kicking in from early March. Not sure why people are saying this winter is a long one when it usually hangs around till early April. People seem to also be spoiled by the 2012 warm-up Ottawa experienced that it now blinds everything they say. Seeing winter last until April is perfectly normal for Canada, more so for Ottawa. Spring has also been with us since early March while fighting the winter front on numerous occasions.

Thanks for the festivities and thanks for reading! Hope you enjoyed what was viewed here.