Heyo! Sure is nice and fluffy outside with the amount of snow received recently. Both myself and Vara wanted to capture some snowy pictures, especially with a gifted Ahri still needing to be picture-snapped into an article.

I have been itching to take outdoor images for so long. From Ottawa’s December festivities, into January with all the snowfall, and also now. I’m glad I finally was able to because I’m simply wasting days away otherwise when looking at “Japanese” figures & doll side of things. It’s been snowing so much now that I’m actually quite pleased I took Varakitsu out on this chilly February day. Not even sure what to name the articles anymore.

I had to hold off on blogging also because of various situations, one of which saw the loss of my precious ‘best friend’ of a dog named Sparky. I had him for 15 years (told 18 or so; Info paper is vague) that made me slip up. I lost my happy-go-lucky ‘puppy’ on January 29th at 2-3 pm when it started snowing beautifully outside, almost as if to give peace to my dying buddy. I miss him a hell of a lot, even so that I cried a river the closer I walked towards my home’s door. When asked how he was doing, I could just barely finish my sentence.

I always expect him to appear in various places, most especially when I return back home. I always expect him to bug me for food, to look up when playing food, to sleep next to me when on the computer, and to jump off the bed when walking in the hallway. Even when silent he had a noticeable presence that now makes everything quite eeriely quiet. I miss him that I’m just about to cry again typing this. I miss that overly energetic personality that lasted to Wednesday. Sadly not into Thursday. *Insert cursing*. I want to create a monument in a game I’ll find myself playing next. Thinking of Minecraft, now looking into doing so in Rising World, once it gains its survival aspect and etc. More so when I obtain a new computer.

The death of my ‘best friend’ ended up forcing my mood to sour all that much more. Less patience in enjoying music, a tiny bit pickier, and a bit more restless when sleeping with crazier dreams. Stuck in mourning that enjoying things has become a tiny bit more tedious. I’m still trying to make the most of enjoying things, like this article with me happily posing Varakitsu outdoors.

(This track from – Rimworld – Moving on – seems appropriate for the above. Maybe even Pokemon’s ‘Everything Changes‘ track because everything does constantly change.)

I wanted 2015 to focus more on outdoor images with Varakitsu and Busou Shinkis. I always get irritated when I take images indoors that I’m now trying to force them all outdoors. More happy images to be had, and more awesome expressions of Vara to be enjoyed <3. It was quite tricky capturing the overly awesome ‘happy’ images due to lighting and carefulness required in Vara’s Dollfie form. 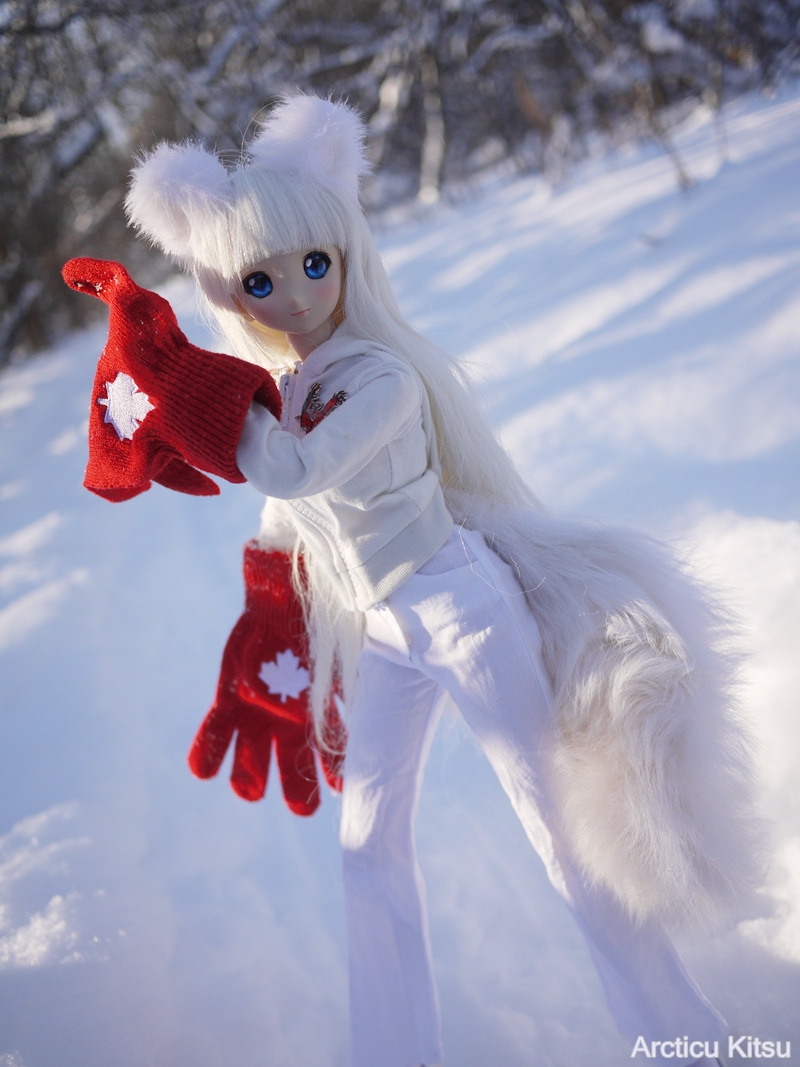 I want to thanks Naito-Nii (fellow comrade & figure.fm’er) who gifted me a foxy Ahri plushie to enjoy. I received the happy Korean foxy back on the first week of January on the 7th on one of the coldest day. She arrived on a Kitsune Wednesday while also being greeted by Varakitsu’s chilliness in her territory. Quite amusing, but not so or those living in Ottawa, and the Canada Post lady who had the lowest patience thanks to the -37*C weather. Close to -40*C.

Many thanks to Naito. I really do need to return the kind gesture to you, twice over. Maybe more. 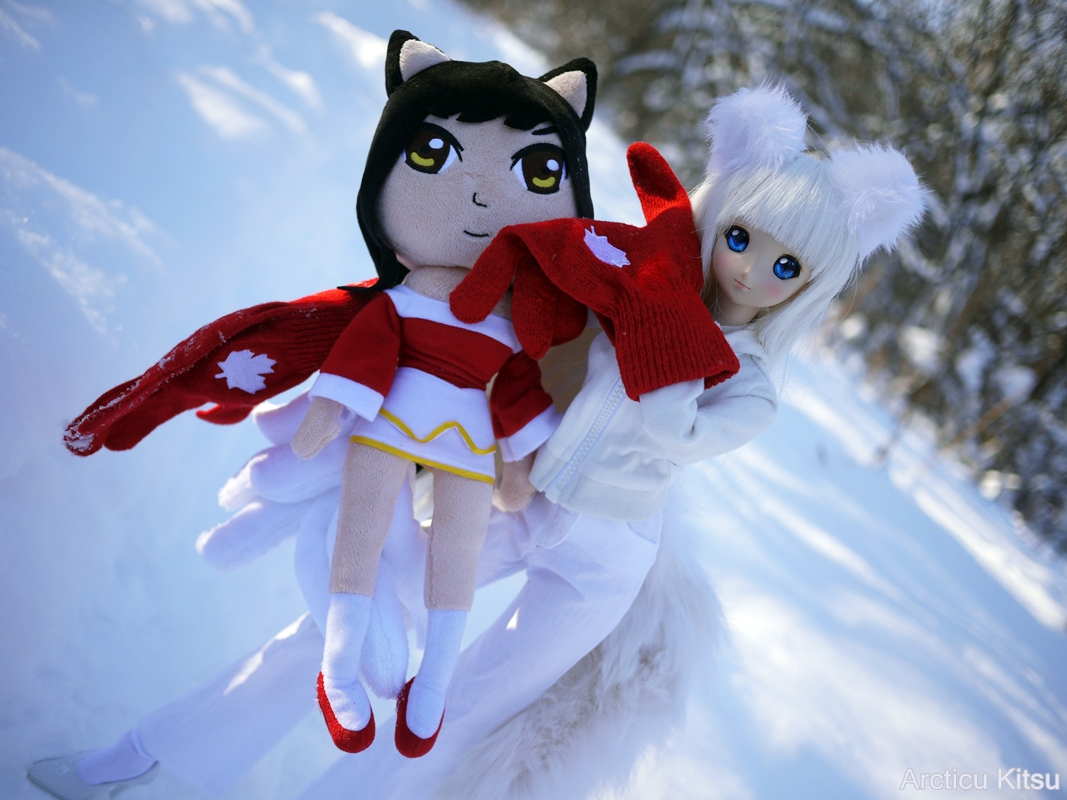 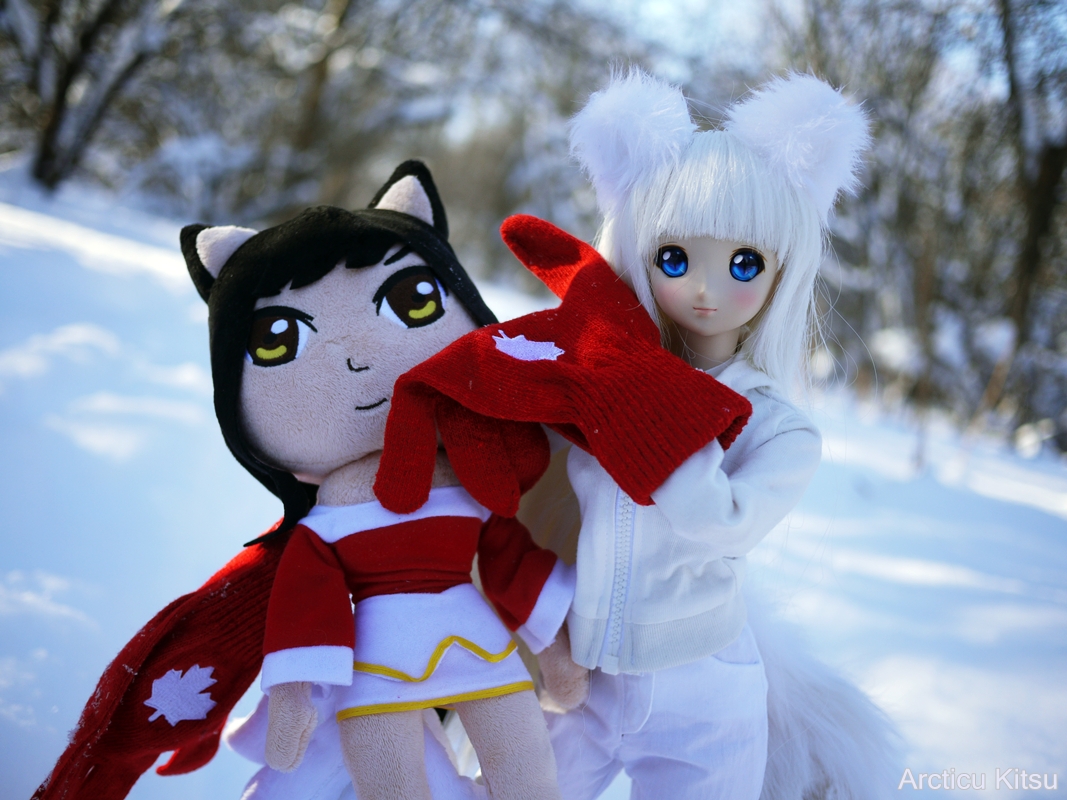 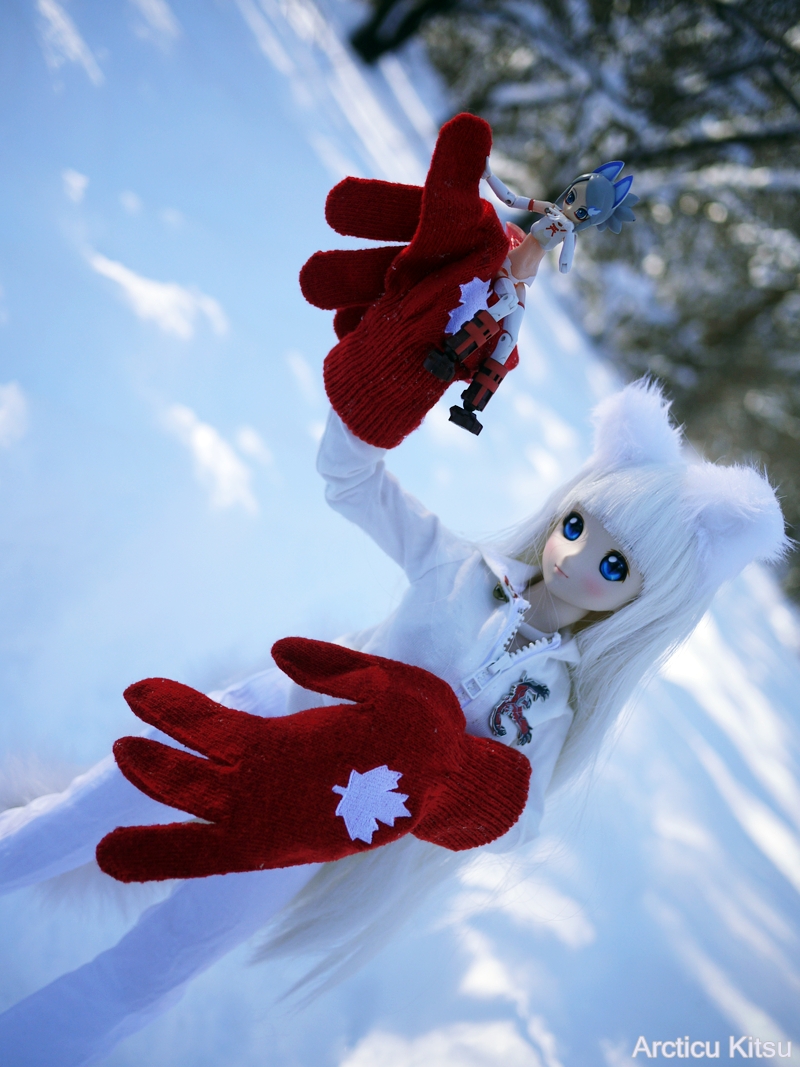 Even though I struggled to capture these images I’m overly pleased and FINALLY satisfied with them. I want to take more outdoor images with Vara in more fancier poses similar to this and her pranking photo-shoot from the previous year.

I wasn’t sure what to do with these two images of Varakitsu due to them bothering me. The shade looking towards her hides her proud personality while the sun itself disrupts such. Seeing as how I ‘rescued’ the images I thought I’d share them as bonuses.

During the part of the photo-shoot (Renge sitting on Vara’s arm) I heard the Chinook coming loudly from far off in the eastern direction. It caught my attention due to how loud, deep, and how you could the two individual rotors spinning. It sounds awesome and it appeared awesome as it flew past. It always does, even over my head when I don’t have a camera. I enjoy seeing this Canadian owned Chinook, especially since I took close-ups before.

I’m now itching to take more images of Varakitsu in outdoor images. I’m also glad that Chinook decided to pass by when it did so I could snap it happily with my camera. Sadly not a zooming one, though you can see it cropped and in the previous article I linked in the paragraph above.

(Self-Note: Do not forget about the anime “Rinne no Lagrange” because of the soundtrack. It has great music.)

Thanks for viewing! Hope you’re having an awesome winter!