To my non-Anime lurkers this may seem random, though something I wanted to share for the longest while. I’m sharing this on November 11, 2020 because it deals with WW2, deals with naval warships, and the less observed side of warfare from a ‘fun’ perspective which allows people to learn in a less mono-toned manner. Even if it may seem goofy to outsiders of Anime it still allows their audience to have fun allowing them learn instead of moaning and groaning in a monotoned school setting. People learn when they’re having fun, going out of their way to learn everything about what they love, thus I had done with Canadians for KanColle & Azur Lane to the point I’ve become vilified by people for my interests. Maybe genuinely, maybe not, on the vilified by others. I still desire to eventually see Canadians in Azur Lane as ‘Maple Monarchy’ by Yostar.

As I had done in KanColle, I have also done in Azur Lane & Azur Lane:Crosswave of oathing Bismarck; Tirpitz in mobile game only. In the world of Anime I respect my ‘waifus’ highly where I view them highly from even before KanColle & Azur Lane weer a thing.

Even before the whole KanColle-Azur Lane hype I was fond of Bismarck & Tirpitz thanks to how they were a breath of fresh air on the History Channel, back when that channel was still educational. Americans were constantly in the spot light that it nudged me towards admiring German beauty more for how foreign, unique, and mighty both Bismarck, and especially Tirpitz came off as. I fell more in love with Tirpitz because she showed a different form of power along side with Bismarck when compared to what was shown on History Channel. Tirpitz had a far more captivating aura for me, though I still admire the Bismarck class. Its why I admire Silent Hunter 3 because it does something different; Breaks from the mold (copy & paste) nonsense to where I can even pay respect to those caught up in a brutal war seeing things from a submarine perspective. Das Boot even being the best movie which nobody seemed to match, even in 2020. Even a decade ago I wanted to learn about something other than the Americans, thus why I admired the Germans to eventually learn about the Italians, Romanians, and etc in WW2. I’m learning more and more, loving each moment of it. Its why Silent Hunter 3 is still the best game because nobody is brave enough to make a proper modern variation of it on a surface warship level. There is UBoat, though nothing on the scale of Silent Hunter 3.

In short: I admired Bismarck & Tirpitz even before “it was cool” on various fronts. I admire the aura both Bismarck & Tirpitz radiate, thus I oathed them in KanColle & Azur Lane. I would have admired the Canadian ships more if I knew of them sooner, able to comprehend their accomplishments earlier. Nobody really teaches you these things in school. It takes a game for me to learn things which the education system should have done so sooner.

Ringing Bismarck from KanColle because I genuinely admired her. I went through a nasty Hyuuga, random, Hyuuga, Random cycle before Bismarck appeared. I oathed her, leveled her, though sadly had to leave her after KanColle developers lost sight of their own game. Bismarck would sure be furious with me if she was a real waifu.

As I had done in Azur Lane mobile game, I had to oath her in the Azur Lane: Crosswave game to show my respect.

If the game had Tirpitz I would have ringed her as well. I’m genuinely happy the game has Bismarck being an MPV ship girl for constantly keeping me afloat in that game. I was sadly unable to record the mobile game’s oathing because of the android audio censorship and even my computer unable to get into BIOS to record from Bluestacks, or any other emulator.

For the curious – Other Oath Options:
If I was to oath another Kansen (Shipgirl) I’m leaning on some French girls, Friedrich, Italians, and such. They allowed me to see a new and hidden sight in WW2, something I would have otherwise not have known. As weird as it may be from an outsider’s POV it all make sense in a gaming POV of added buffs and how you admire your ship you’re assigned to, or commanding.

The following images are those supporting my decision of why I admire Bismarck & Tirpitz highly, and why I love both Kancolle & Azur Lane so much. More Tirpitz & Bismarck images with the first being a gif from a ‘new’ Azur Lane PV of Bismarck shooting off a devastating round against the enemy.

What I find interesting is how this game views Monarch as the ‘Forever alone’ type. She has this personality because her plans were scrapped causing her to ‘hate’ King George V’ and others of her class for not having her built. She was forgotten, thus views the world in such an angle. Everybody is trying to make it back up to her, though the pain is so deep that its hard to undo. Once a paper is wrinkled its hard to flatten it out again. Real effort is needed to nudge someone back into a proper state.

It makes me want to relate with her during my school years because of how people would just bully others to fit in so they wouldn’t be socially rejected, and etc. Then I see Monarch here where I just want to do everything to make her happy, knowing full well its a mood which is fairly difficult to get out of. Nobody wants to put the effort in to help people moody so they allow them to die, thus many Japanese die because of their culture, as do many in North America and elsewhere. Even China, where this game is from.

The point I’m trying to loosely make is by linking this to November 11 to where nobody should be forgotten, even HMS Monarch. It may be difficult to nudge Monarch out of her gloominess, though it should be attempted with all effort. Remembering the past should be remembered and respected. I wish there was a way to improve HMS Monarch’s mentality.

Just a few other random images to share to be admired.

I’m always going to pay my respects to the Canadian, even if I’m obnoxious, silent, or whatever mood I am on various days. I always make note of what I learn trying to force that out into the open by even making note for KanColle, and especially Azur Lane. I’m happy, thankful various Youtubers covered the RCN ships on Youtube in a far better manner than I could ever manage.

I still wish World War 2 game developers were brave by genuinely adding in Canadians without tantrums by naturally adding them in without question. When I DO see Canadians in game I love highlighting them. Even these two articles I noted for Canadian Remembrance.

I’ve been seeing it from nearly from the start of when I could comprehend Canada’s contributions in history that we’re a fairly shy nation. We don’t like to boast about our nation, not until its about Hockey or some sports related competition. We’re introverted, though we like pretending we are someone we are not when trying to impress USA to the point we become hostile in defense. Tribal mentality kicks then we forget about everything else. When we do care about something its about obscure things, though not things which you would normally assume it would go. A bit confusing to note properly, though that is how it goes.

I wanted to wear a poppy, even going above and beyond, though being highly distracted I simply forgot. I wanted to pay my respect by wearing an Azur Lane mask, wearing poppies, and buy the legion mask. Mission failed.

You don’t even learn about Canadian history in schools. When you do its watered down or a gifted few may be genuinely interested in it, or you may be caught up with SJWs wanting to shame you in your own history by making homeless, or whatever. I would have to skim through various war themed magazines in Shoppers Drug Mart, Walmart, or even focus on Azur Lane, KanColle, wikipedia, Google, and hidden sources. I have to dig DEEP for anything Canadian because we are a shy and guilt-tripped nation. We allow other nations to dictate what we do that we just don’t focus on our own problems. We allow our national icon – Avro Arrow replica – to rest in disrepair in a Toronto airport hanger without sheltering it. I want to respect our history, though sadly have to reluctantly piss off WW2 naval game developers to add in Canadians, even if I have to be villified to do so. Its counter-productive, but that’s the price to pay when treated like trash, when Canadians are shy, and when Americans also guilt trip Canadians into not having any military assets in any game because its “unrealistic”, or ‘Minor nation’. 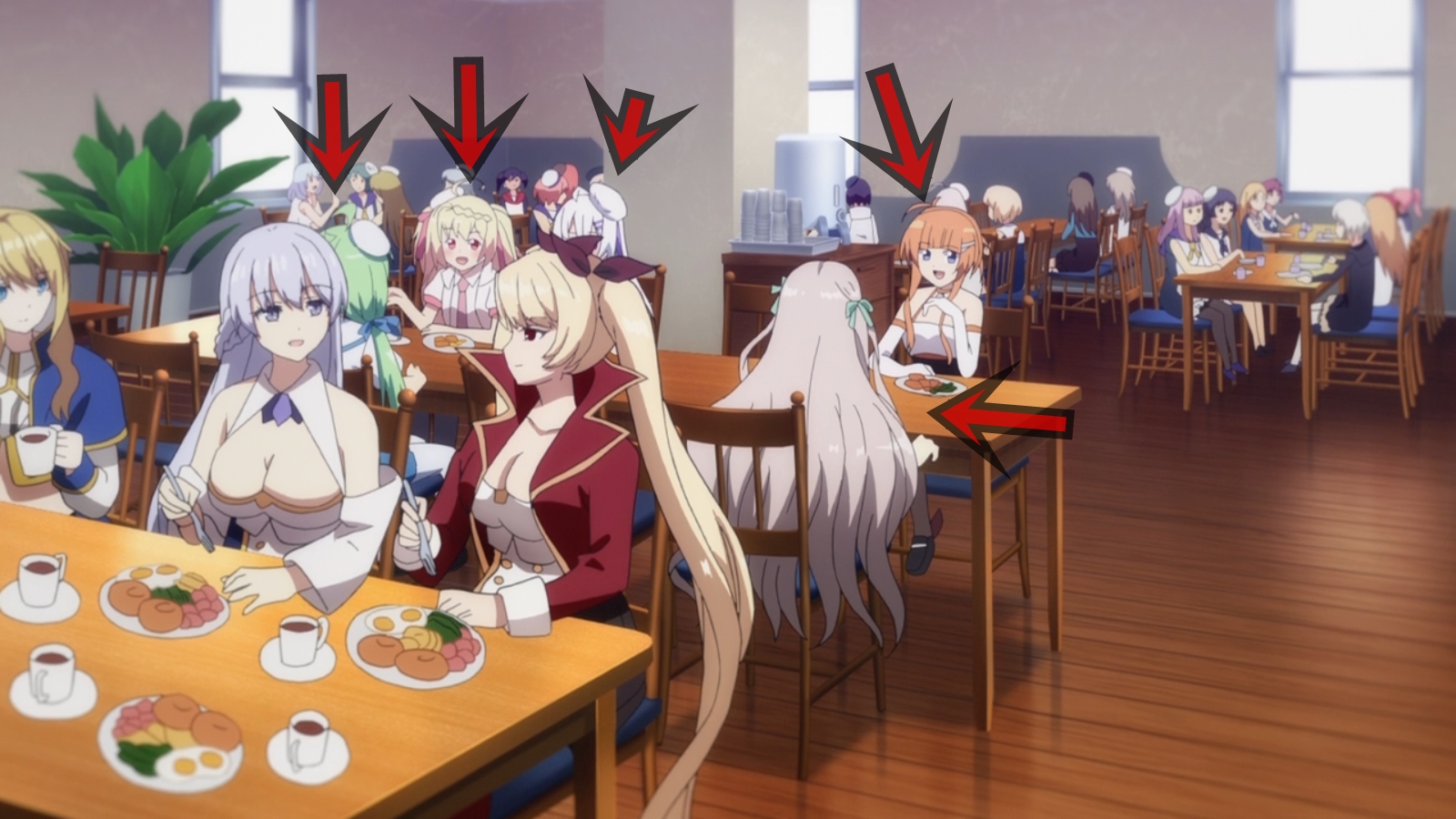 I’m proudly Canadian, though not in an SJW nature. I’m not Alt-Right, though try to admire things in a neutral manner, or try to. Yostar, if you read this PLEASE add Canadians. You’ve teased us with Maple Monarchy, give me my Canadians. I want to respect and spoil HMCS Haida, HMCS Ontario (CL), HMCS Uganda/Quebec (CL), the various destroyers, and even the possible aircraft carriers. Its apparently too much to ask though.

I’m not wanting to whine, just wanting to pay my respects to my fellow Canadians while paying respect to Canadian history, achievements, and advancements for when Canadians genuinely cared about things.  Wanting to respect Canadians for when they’re focus, for when I can care for the Canadian shipgirls in Azur Lane. Until then I’ll have my proxies, my HMS Swiftsure, and even HMS Jamaica to be my proxies until HMCS Ontario & HMCS Quebec (CL) are added.

This may have been a bit rambly, though this is my way of showing respect to WW2, to Canadians in WW2, and etc, even if I fumbled heavily. Until the Canadians join Azur Lane I just may have to side with the Ironblood and the various other nations until that happens. I’m fighting a war of my own, something I hope not to lose. I want to spoil my ‘Maple Monarchy’ shipgirls, as silly as that may sound outside of the Azur Lane gaming circle.