Heyo! Varakitsu’s semi-belated birthday gift finally arrived! It took a bit of a semi-stressful situation to get into my possession, though I did get it in the end! Now if only I could figure out how to keep her foxy accessories stuck on her person.

Such a lovely package! I purchased this fox ears, fox tail, and cat tail set from ‘suijin725eb‘ on Yahoo Japan Auctions with the help of Yokatta Proxy. They’re both awesome. I was however being impatient and an idiot when I didn’t realize that what I purchased was a pre-order ticket for the end of February to obtain what I just purchased. That’s my bad as I should read Japanese by now, especially with it being my goal to speak and be there.

Canada Post got prankful or careless when they decided to send my item for pick-up at another location. Instead of the usual place I had to go pick it up elsewhere which was actually closed. There was no sign to redirect people to another location so I spent 2 hours stupidly asking nearby store owners, customer service, while even trying to call a closer Canada Post office.

I should have been redirected by a sign and/or told such was at a nearby Shoppers Drug Mart, not guess where I eventually ended up going. I came across a bitch of a woman in her 50’s or 60’s who kept arguing with the poor staff members. Just constantly bitching for a discount of some sort on giant $10 pill bottles. She left all riled up while scream that the staff should stop arguing when she was in fact arguing and provoking.

I’ll admit that I blindly purchased white fox ears as I went with what I saw on the image. I was expecting something else which also added to the disappointment when I opened the package. I’m fine with that now, just wasn’t when I was expecting carefully crafted curves in the ears in whatever scale I blindly bought it as.

It’s all good now as Vara is happy with the ears as well. The same can be said with the few people I shared the picture above when I had conflicting thoughts. I’m now happy as I found a way for her to look nice with the pair of ears. I also agree that the ears make her look younger and that they actually fit her scale. I didn’t see that, though now I do and I can agree with that.

I tried to make light of the situation by playing with the cat tail, Renge with the ears, and little props I found at the Dollar Store. Renge the Cat-Fox, as a fellow Doll of Ottawa member joked. I loved that joke that I tried giving Varakitsu a cat-like alter-ego as Katya.

I even received a little note about the items. It was however all in Japanese and I didn’t want to really share it as it might be used as a weapon against me to say something obvious that I already know. 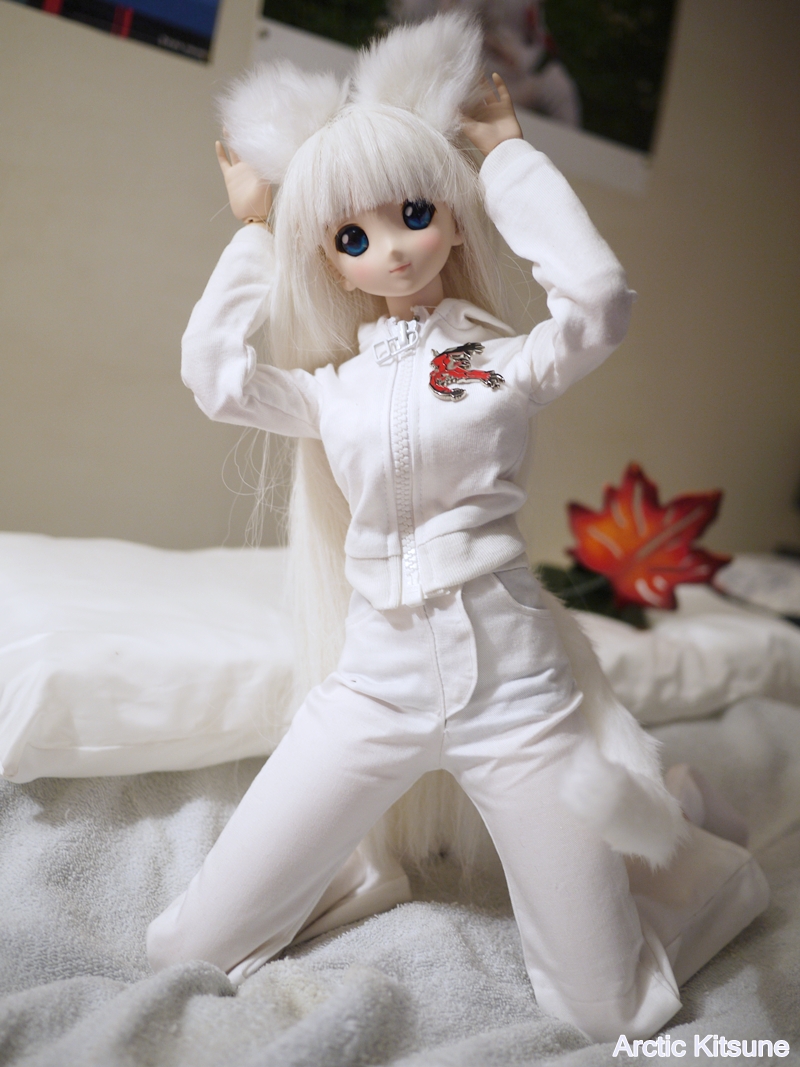 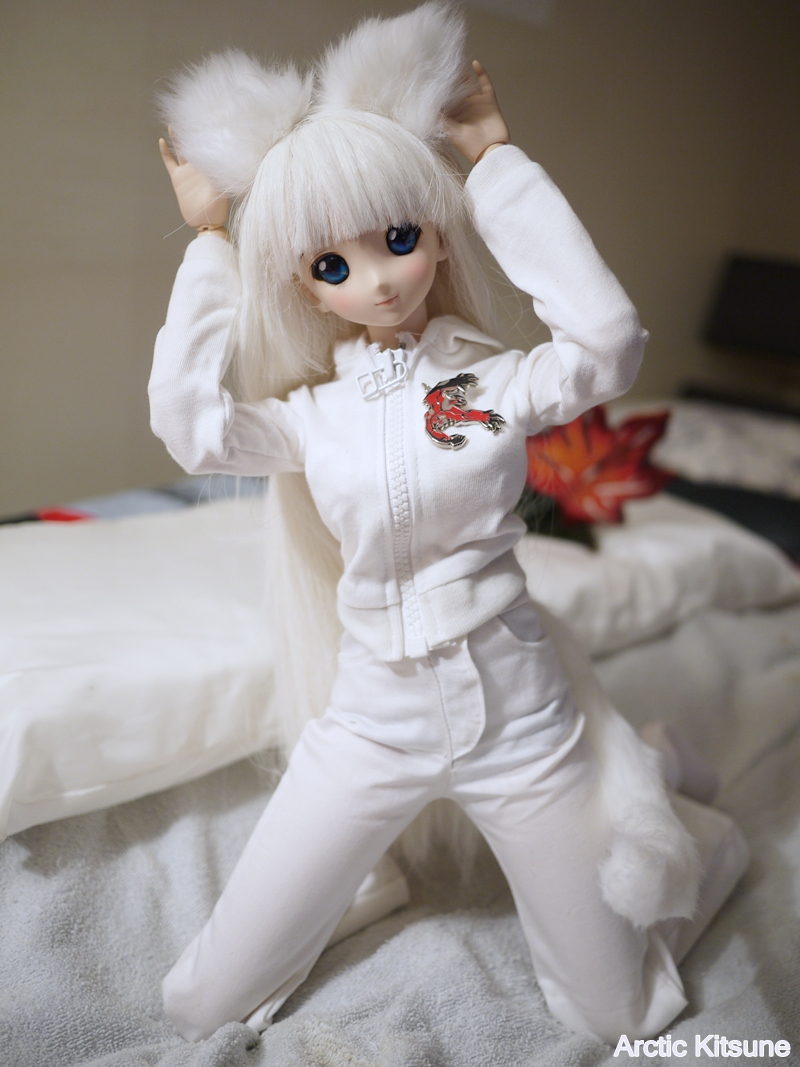 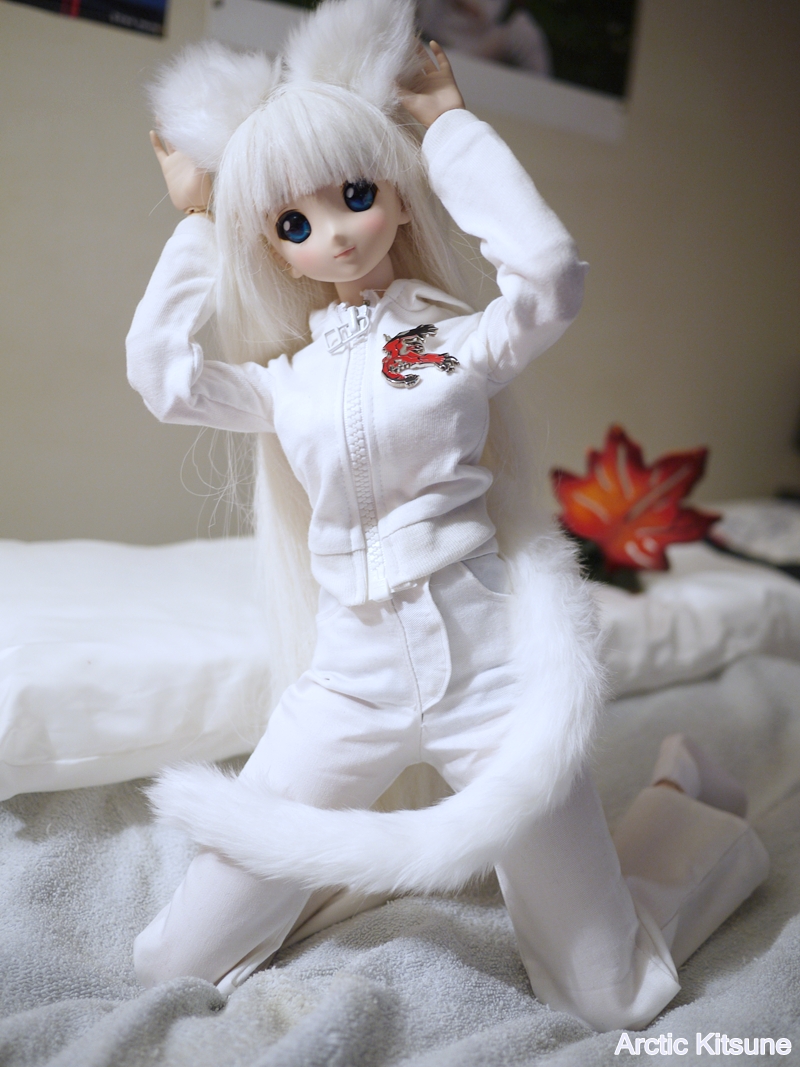 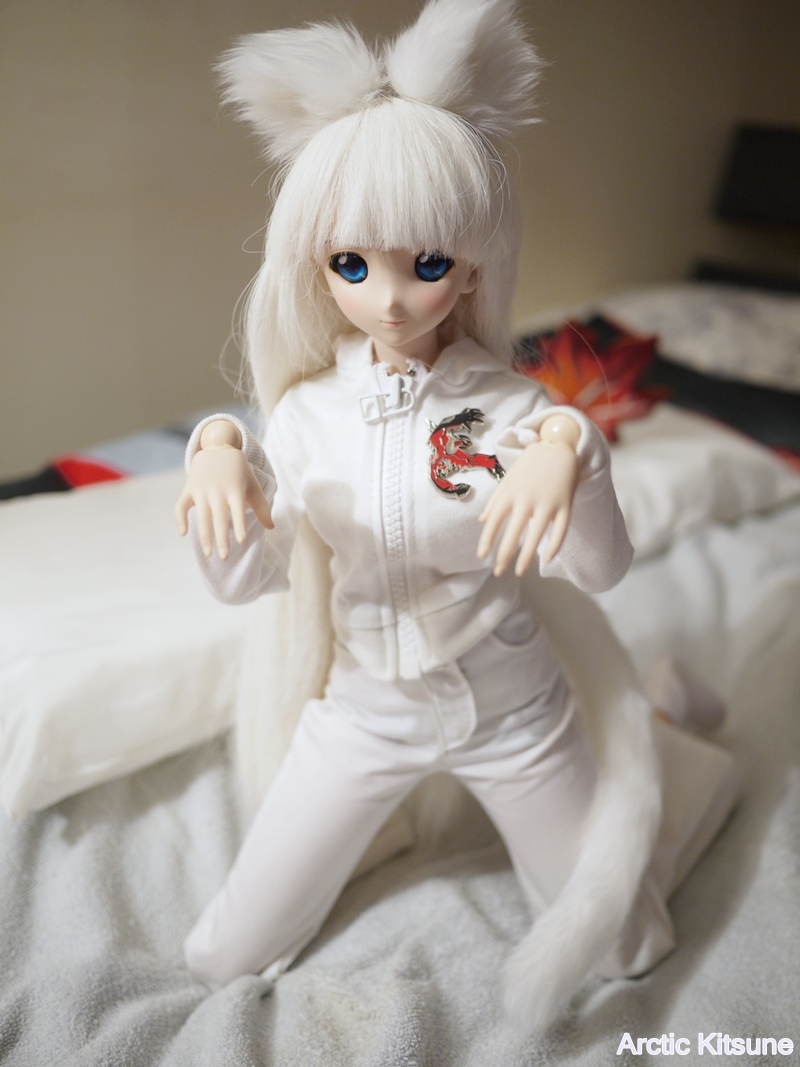 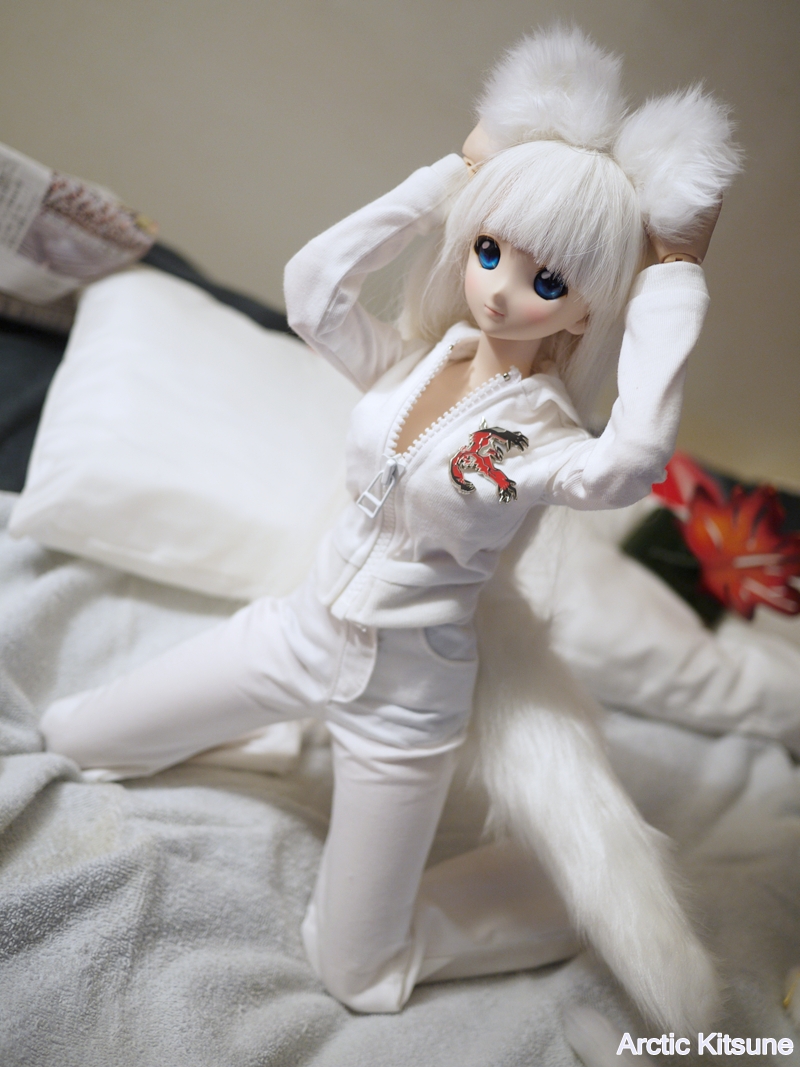 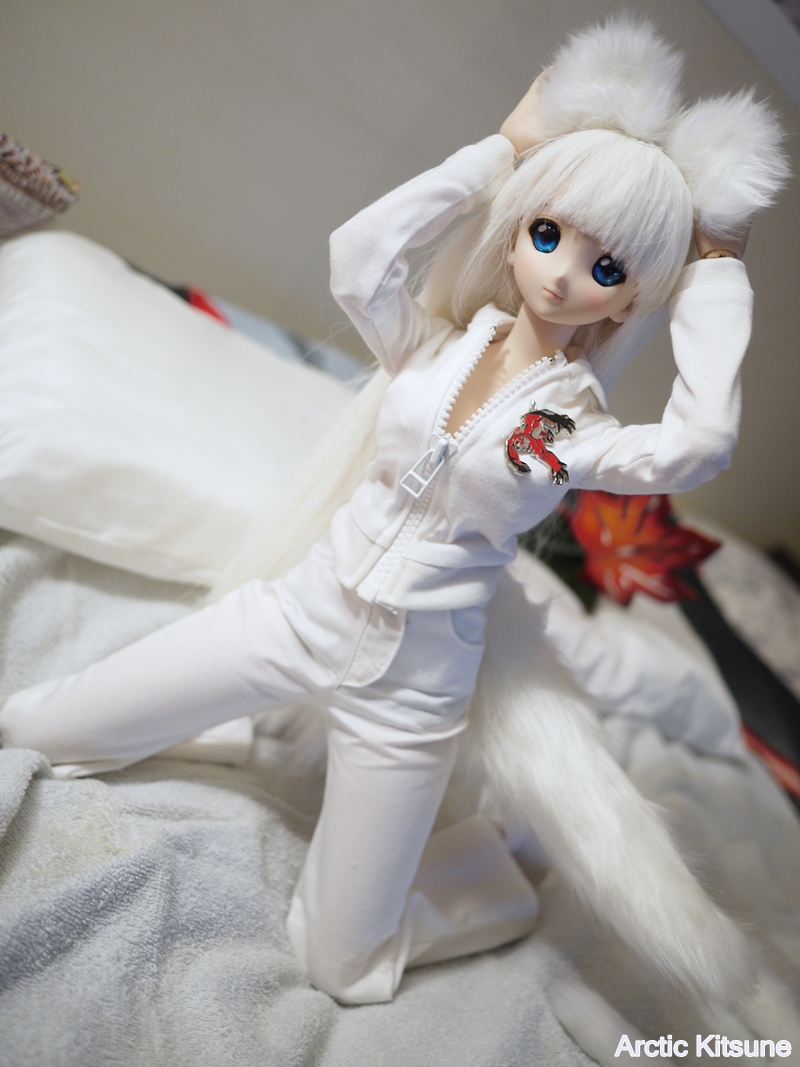 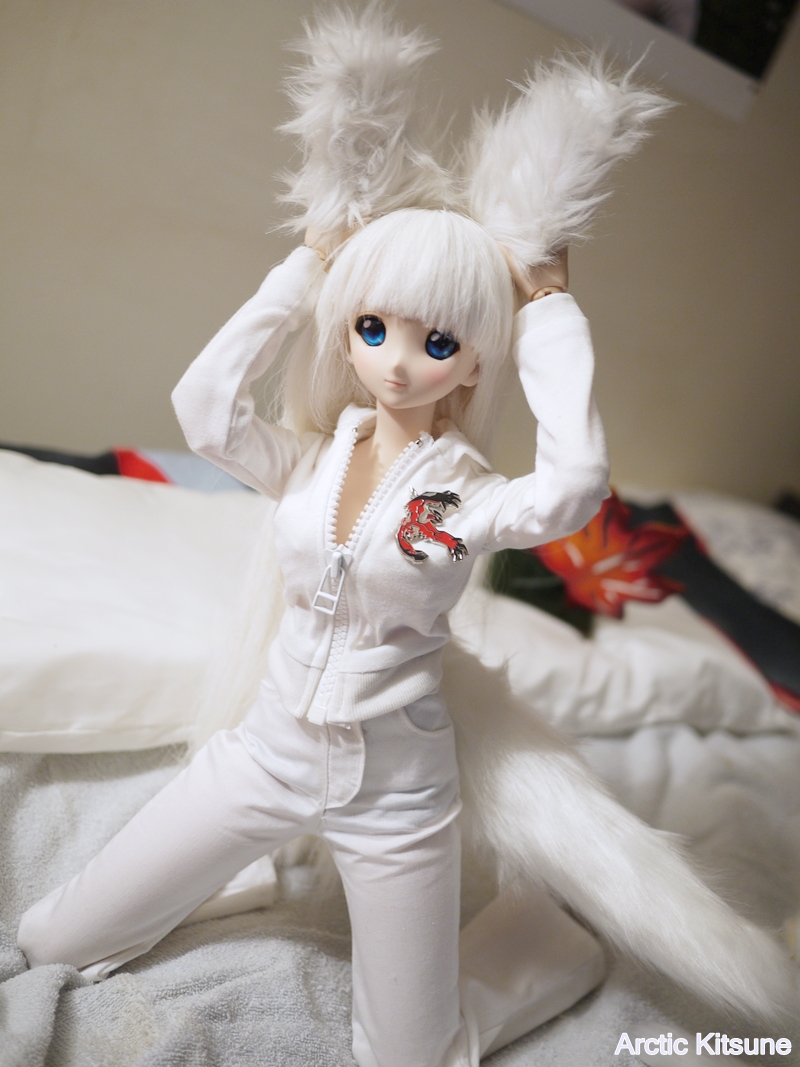 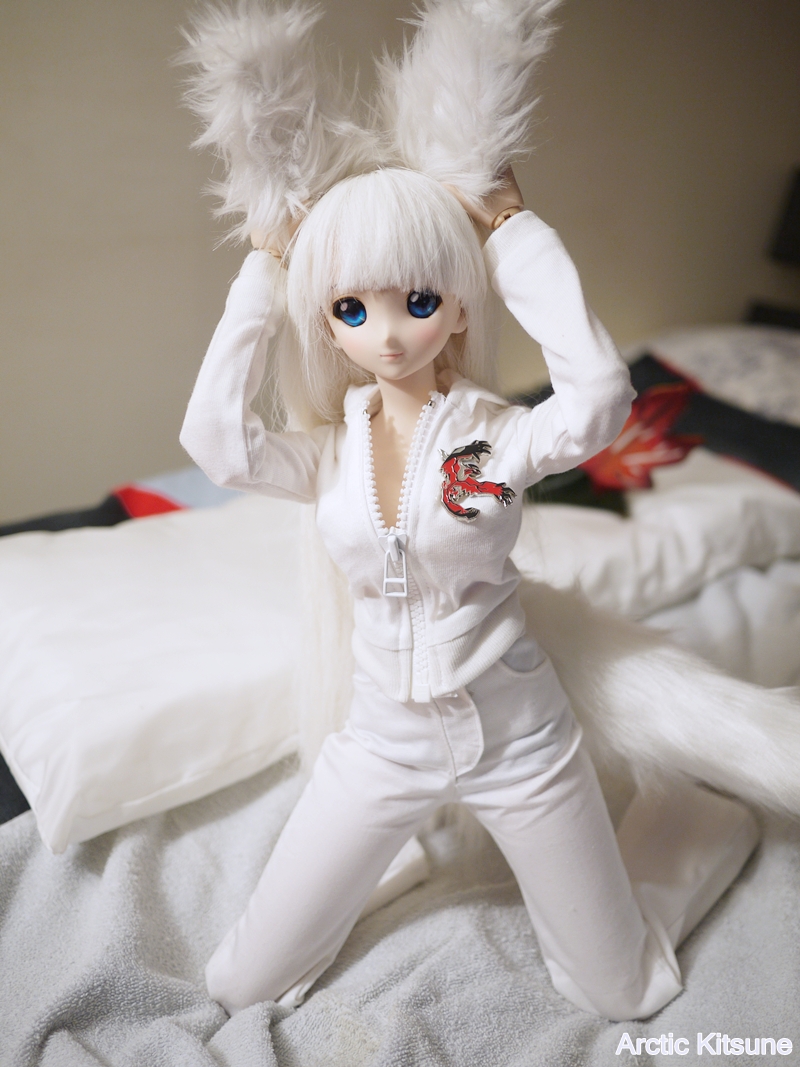 Out of curiosity – Which Fox ears do you prefer, and why?

Hopefully this won’t seem inappropriate. Don’t be shy and vote away?

I had no way to stick the ears on so they were floating all over her head. They enjoyed slipping off as they had no grib on her hair. Trying to figure out a way to have them stick onto her head. Maybe I can have Vara turn into a Cat-fox as that joke said. Maybe just a cat girl named Katya. Nyaa!

Now that I think about it, they make for interesting little alter-egos of Varakitsu heh. May play with that idea some more actually. 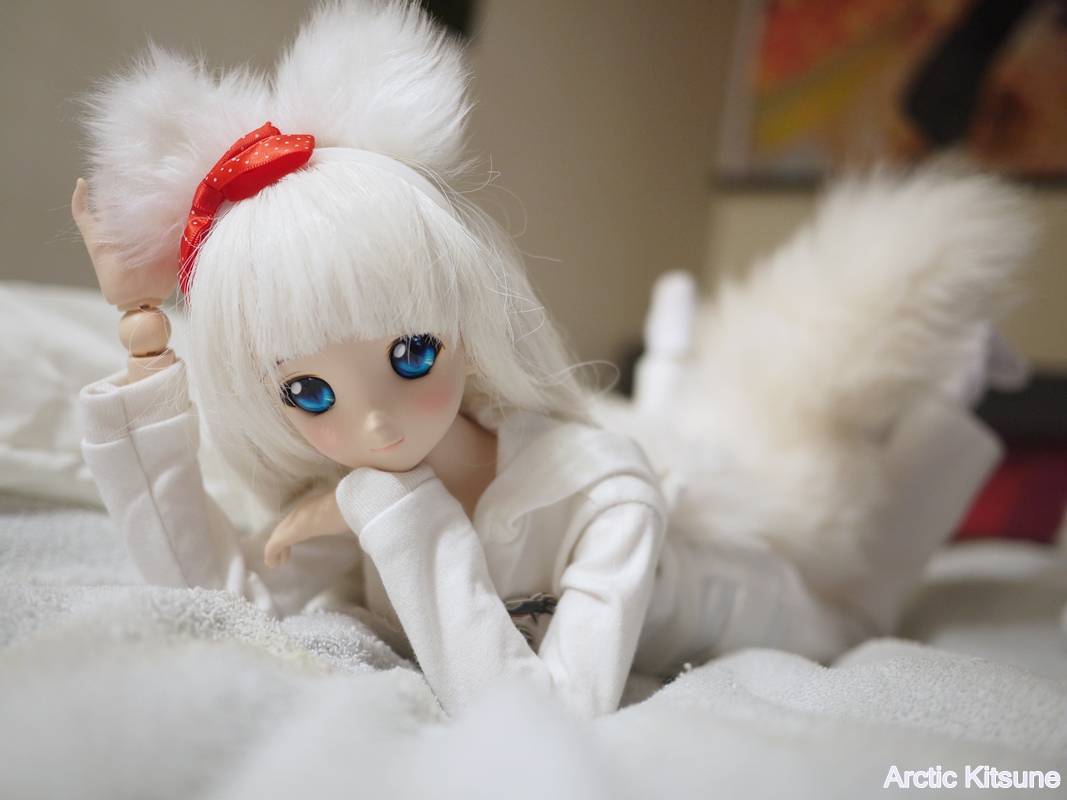 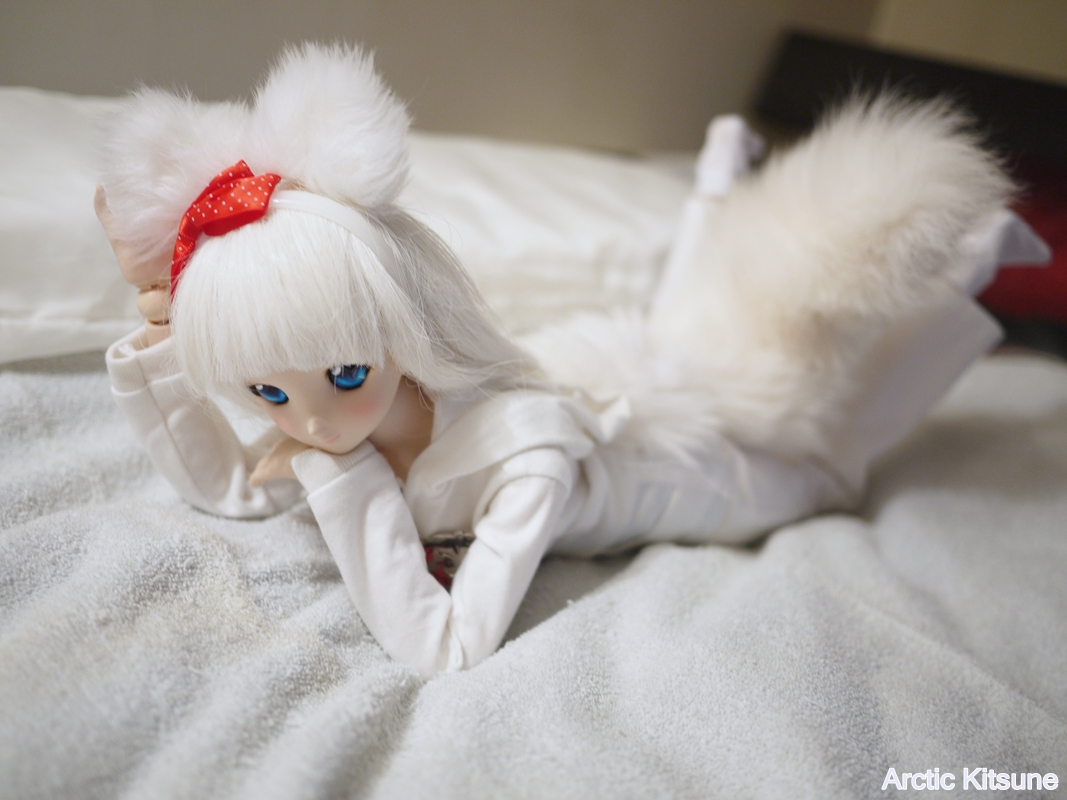 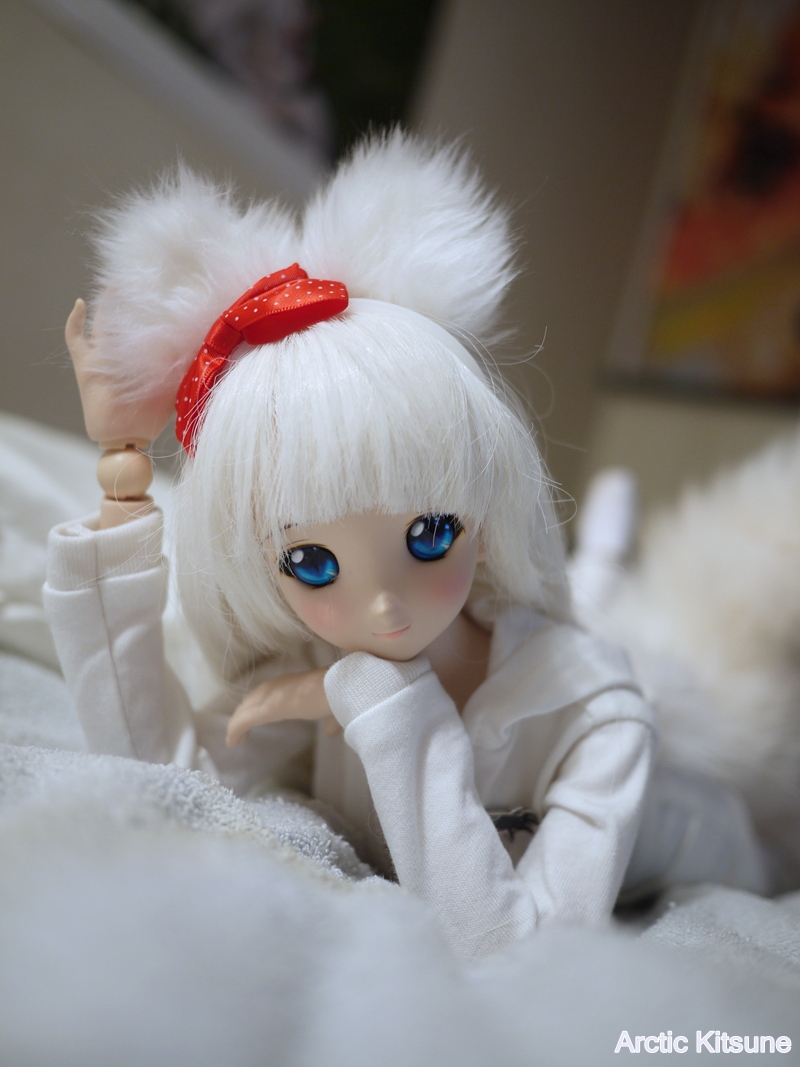 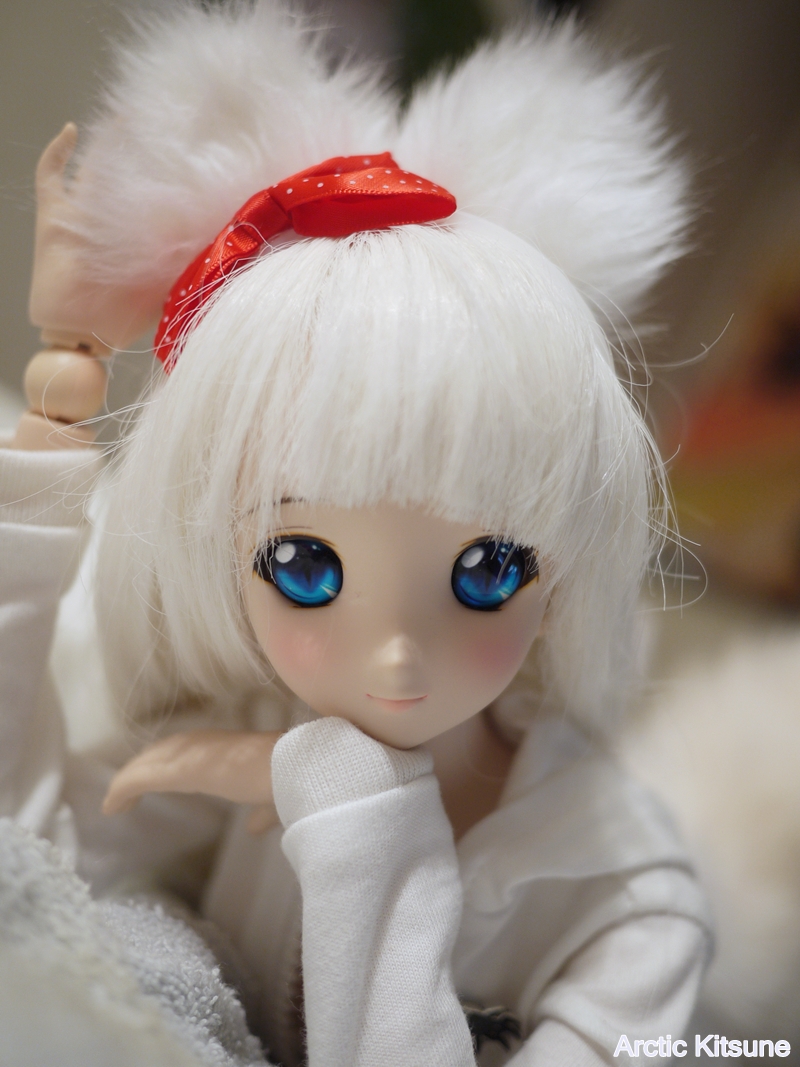 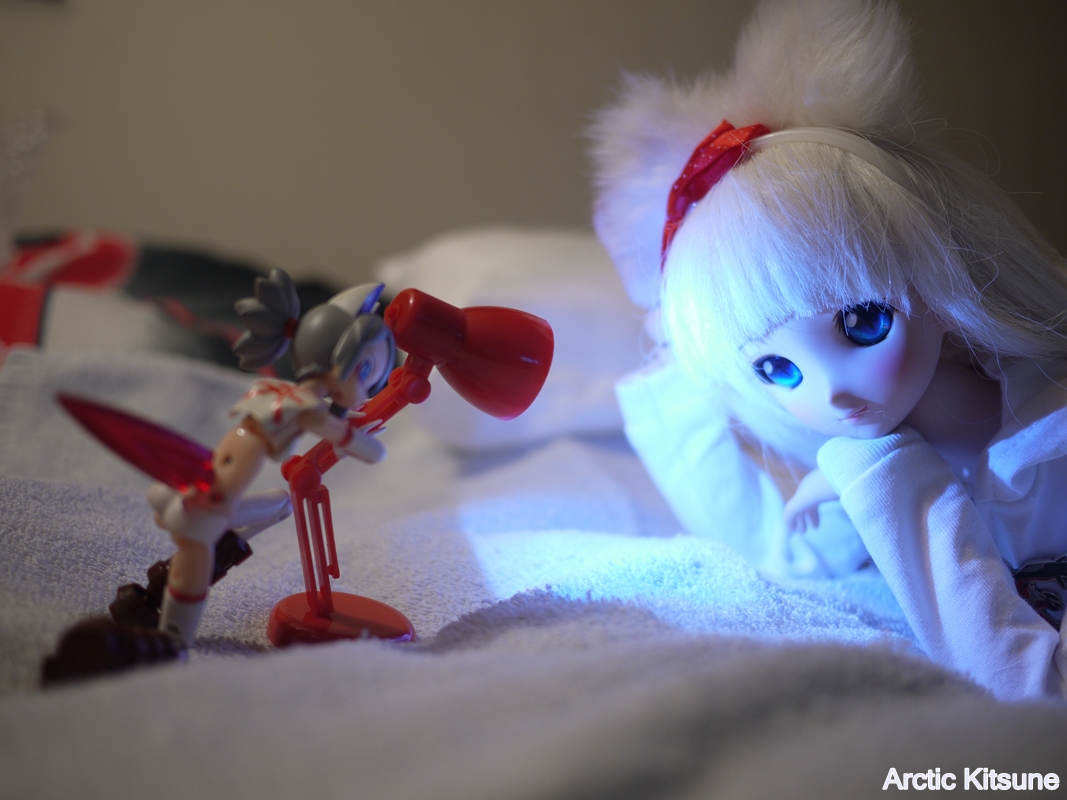 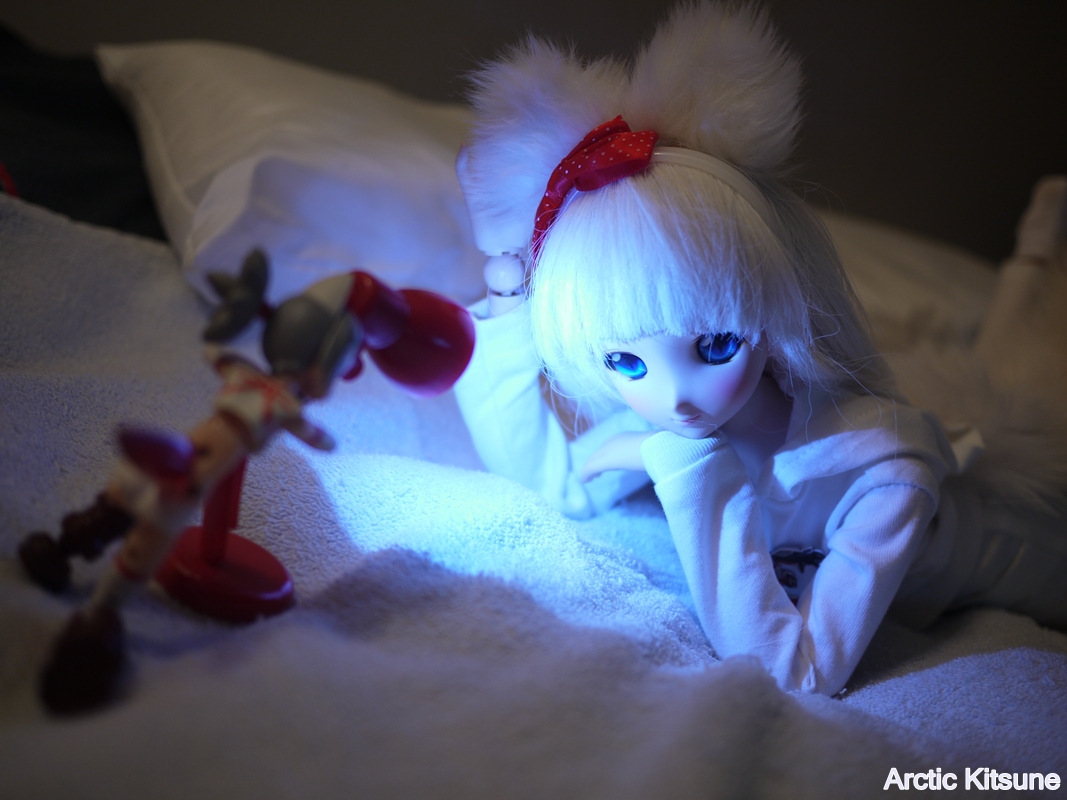 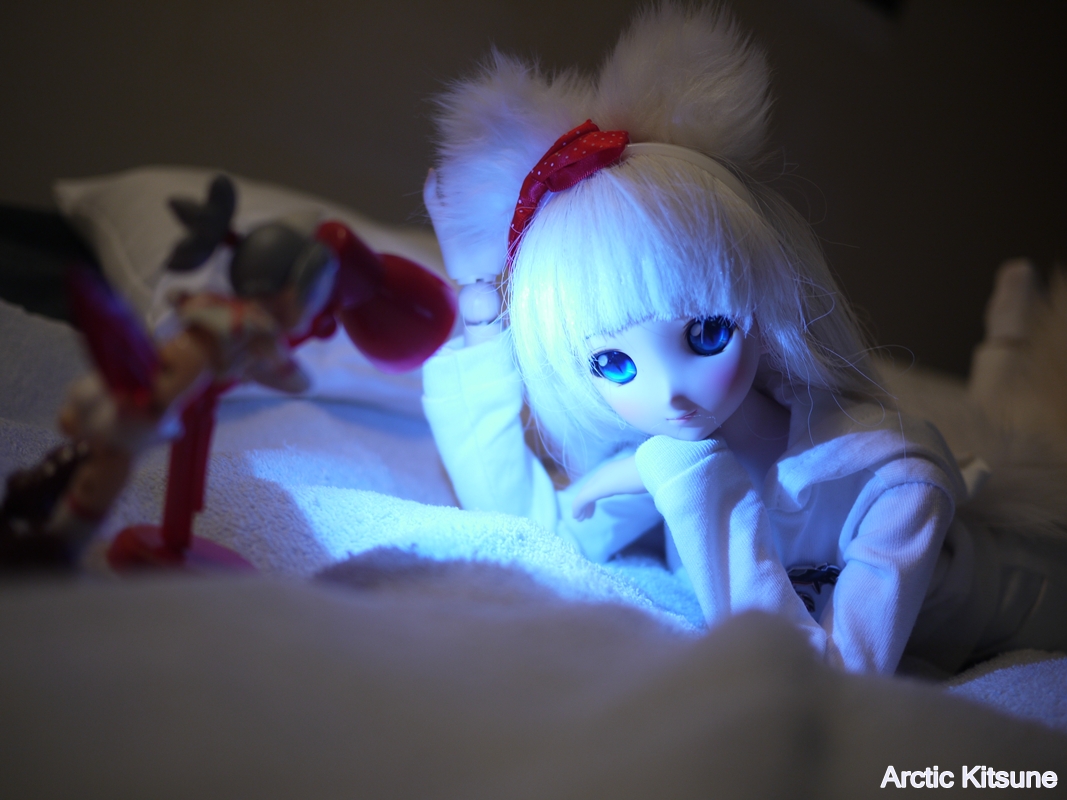 And some light teases to lighten the mood a touch. Nothing indecent of course! 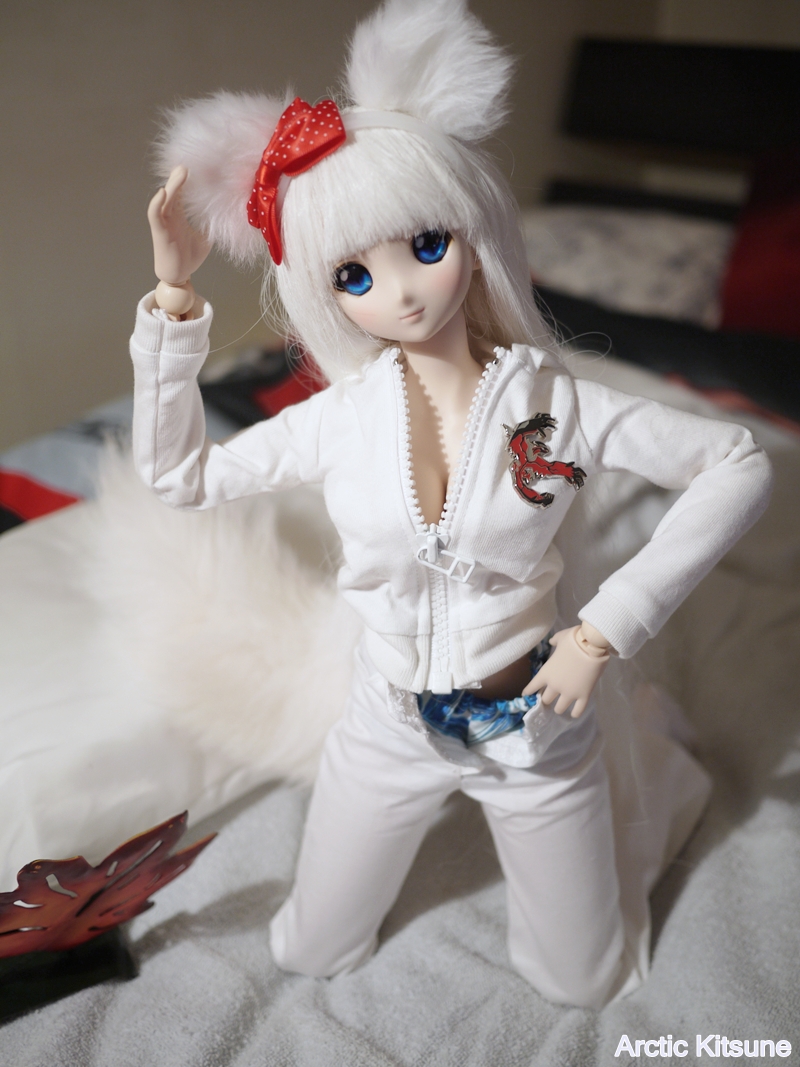 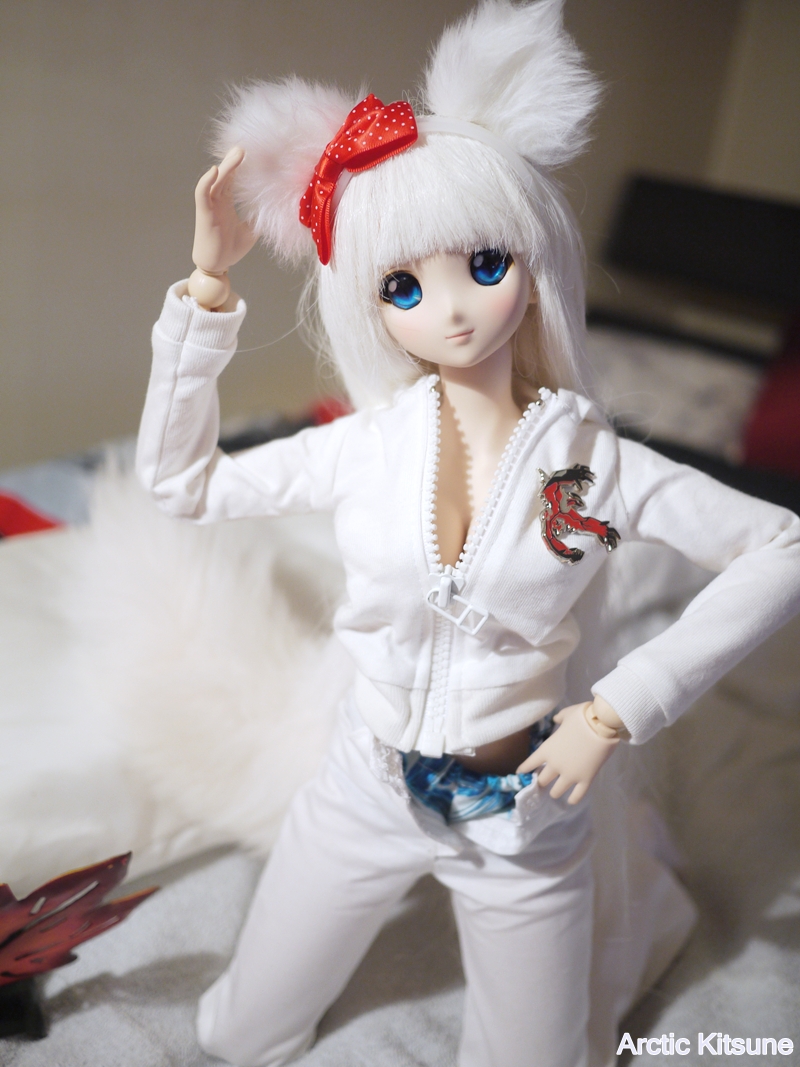 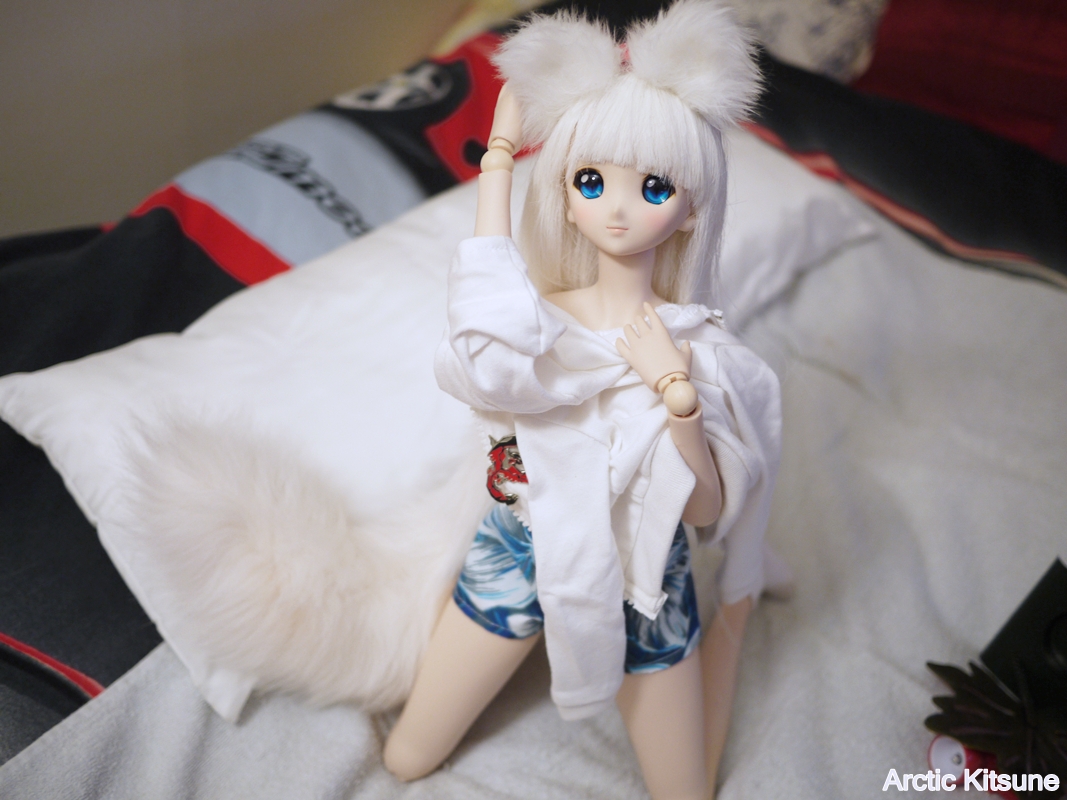 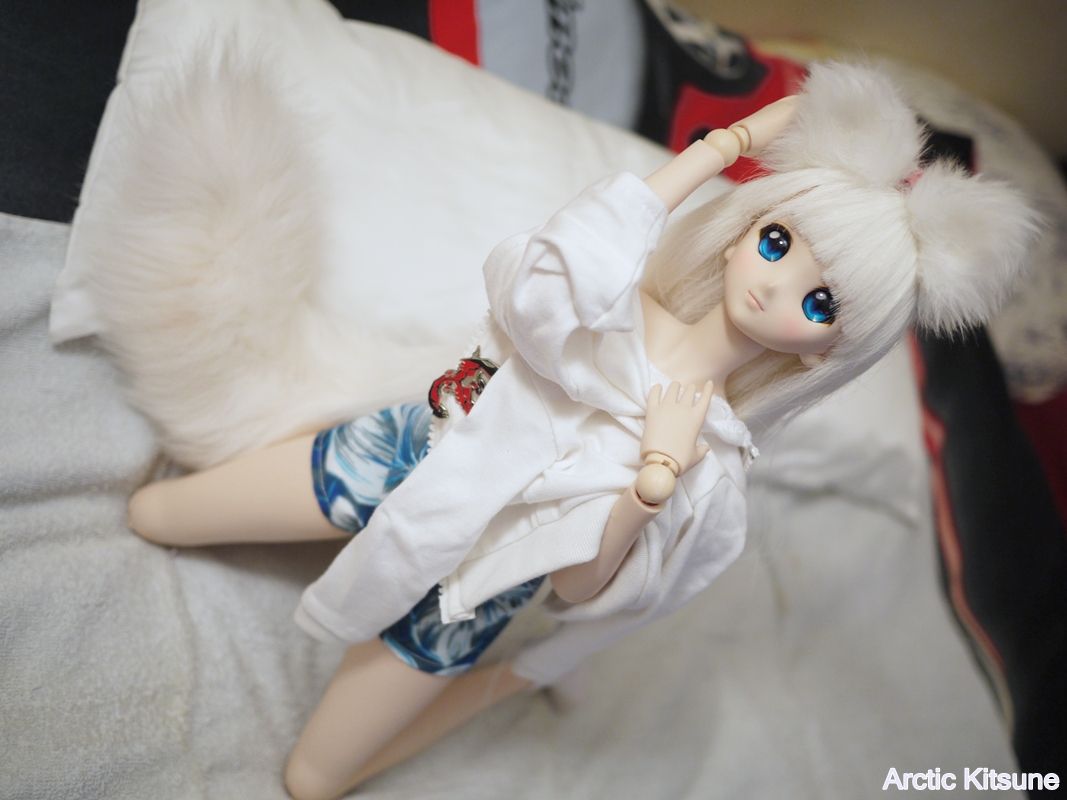 And some extra images I took the day after once I attached her ears with flat-head sewing needles. Looking lovely. Her ears can now show happy, sad, and frustrated movements by simply turning them around. It’s amusing and neat actually. They won’t fall off now when I carry her around from spot to spot. 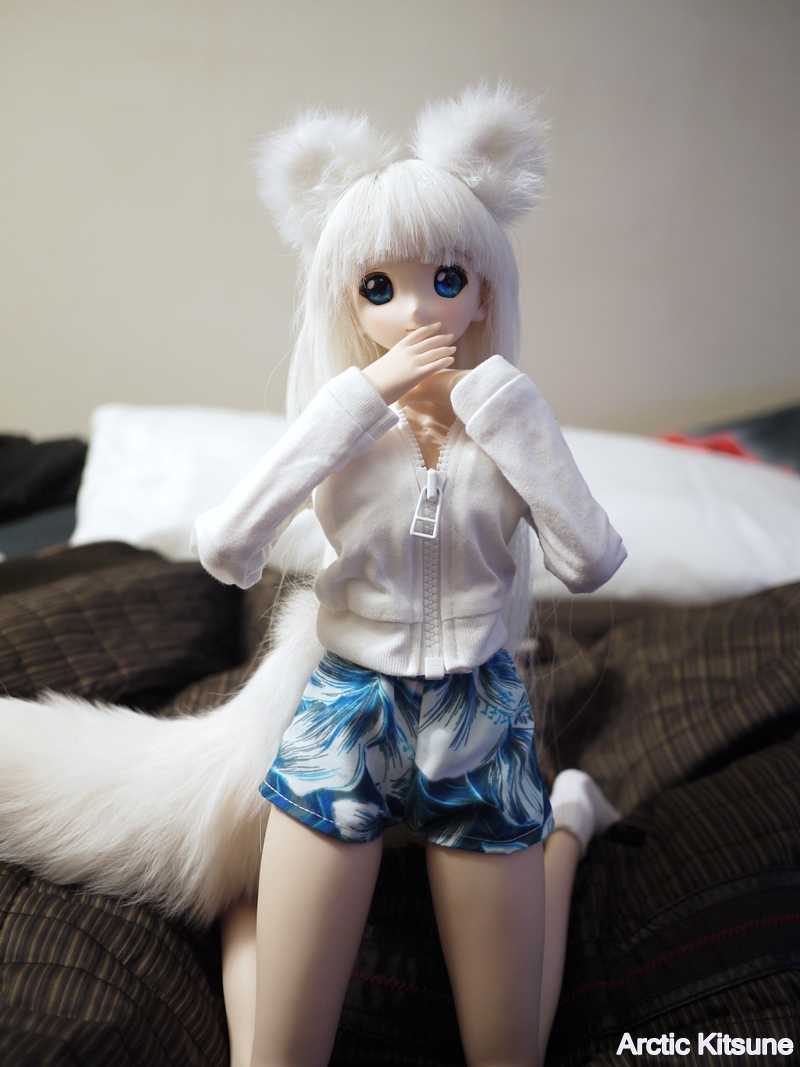 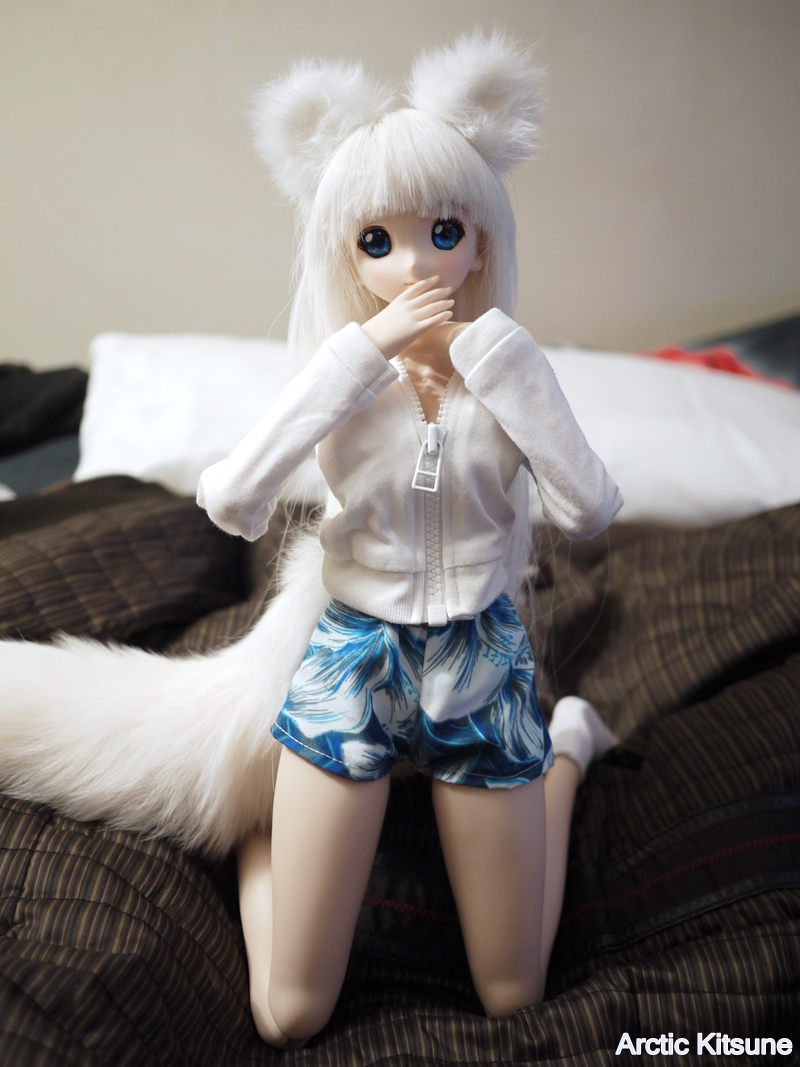 And that’s a wrap! I know I said I would have Kohiru, Renge, and chocolate for this after-party. I’ll have to save such for the next outdoor photo-shoot as this turned out to be a frustrated unboxing. I had conflicting thoughts, was clearly upset, and wanted to take images.

See you in the next outdoor photoshoot! Spring and winter are both having a war so shall have a little bit of snow or scenery to play with. Hope I didn’t pass off my venting onto you. Hope it was more positive. Been also enjoying the Gundam Build Fighters soundtrack. Two CDs worth.

Thanks for viewing and reading! Also thanks to Canada Post for at least delivering my package, thanks to Yokatta for being professional, and thanks to Suijin for the package I ordered. Kon!