Heyo! Another Varakitsu foxy article sharing with you European’s festivities of Sinterklaas. Myself and Varakitsu both try our best (indoors) to be all festive while much preferring the outdoor scenery for such a festive moment. Trinity Seven soundtrack, advent calender, and some choco-nose to be had.

I very loosely celebrate Sinterklaas because it’s both part of my background and because it’s fun to do for my blog. I also didn’t want to not post anything for my blog as it would most likely derail any fun and traditions I had set up for blog festive fun.

Myself and Varakitsu (in character) both wanted to share any festive fun on here by wearing her teaseful Santa outfit while also doing a mini-review of Trinity Seven’s soundtrack. The advent calender fun also being a lovely bonus while in a happy mood.

I would have much preferred an outdoor scenery with lovely festive lights and similar. Sadly, such becomes a pain in my situation making simple things overly difficult so I had to make do with indoor images. Still seems fitting for that nightly festive fun though. I enjoyed the images taken, hope you do as well as I actually believe them to be fun. 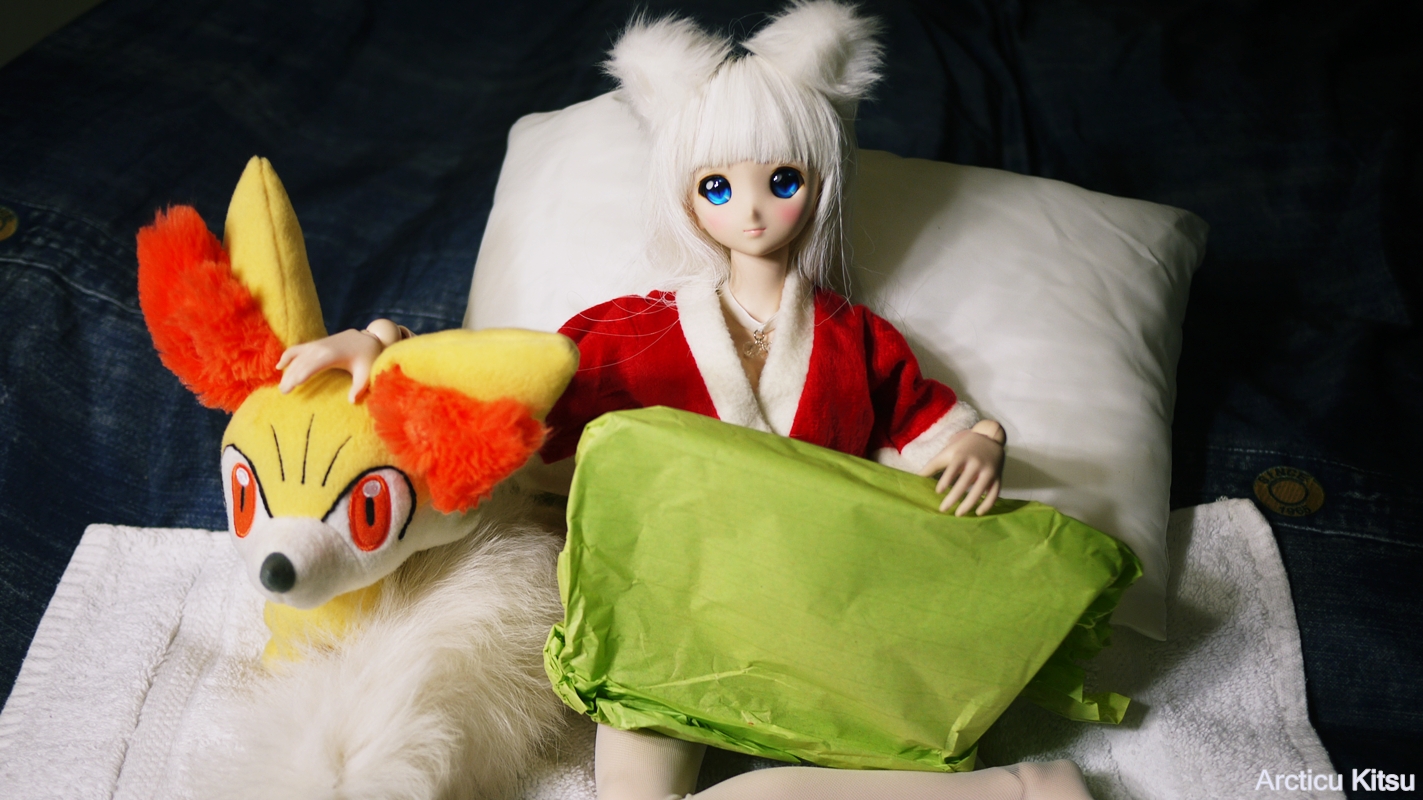 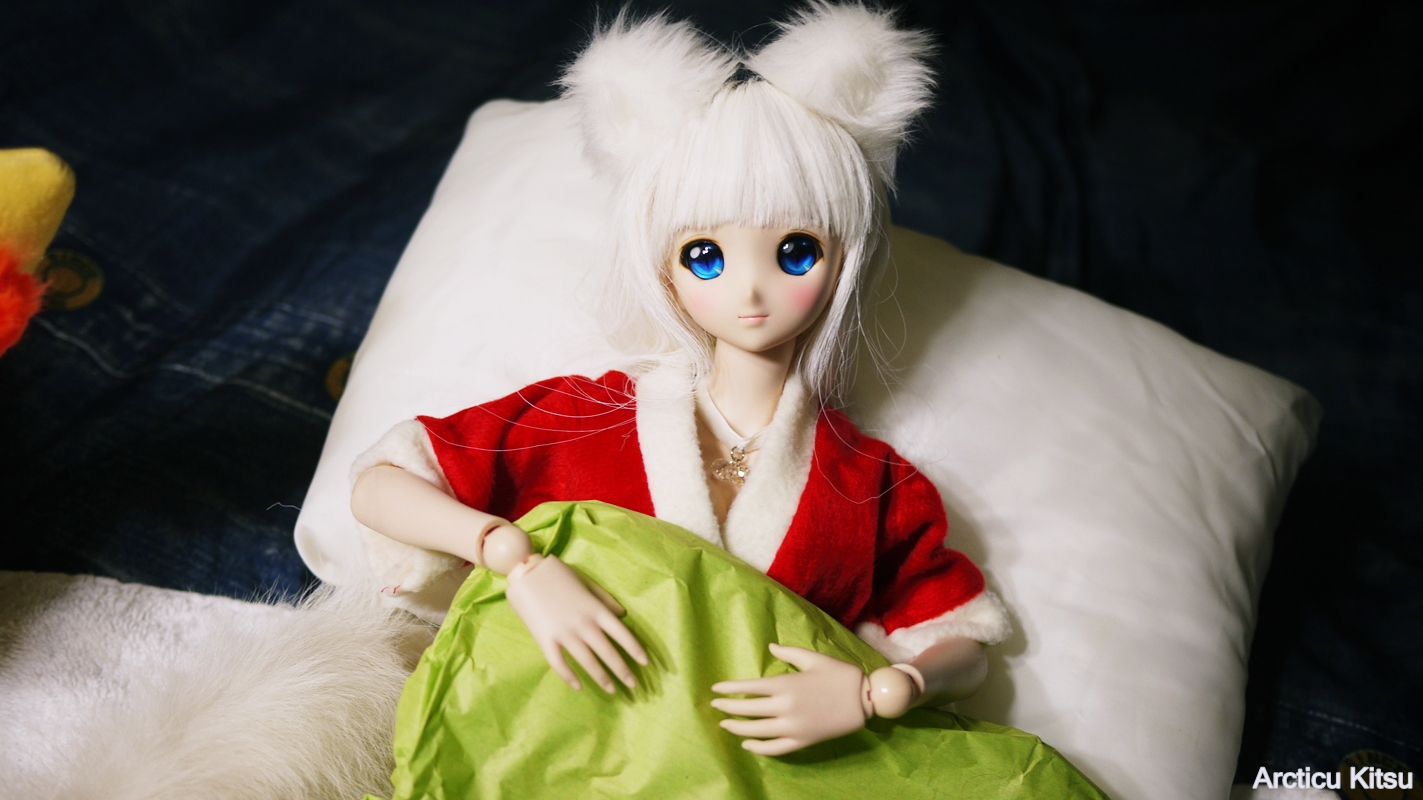 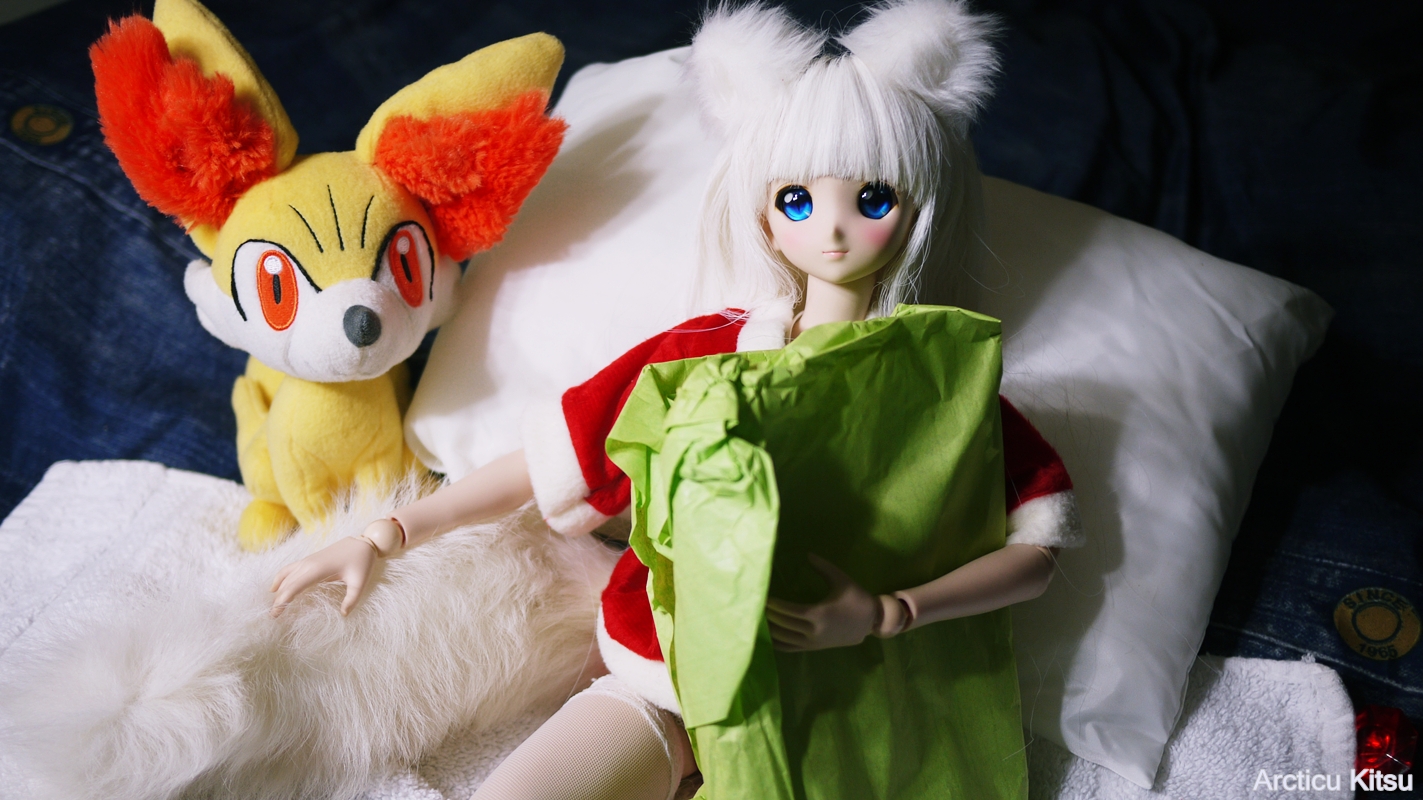 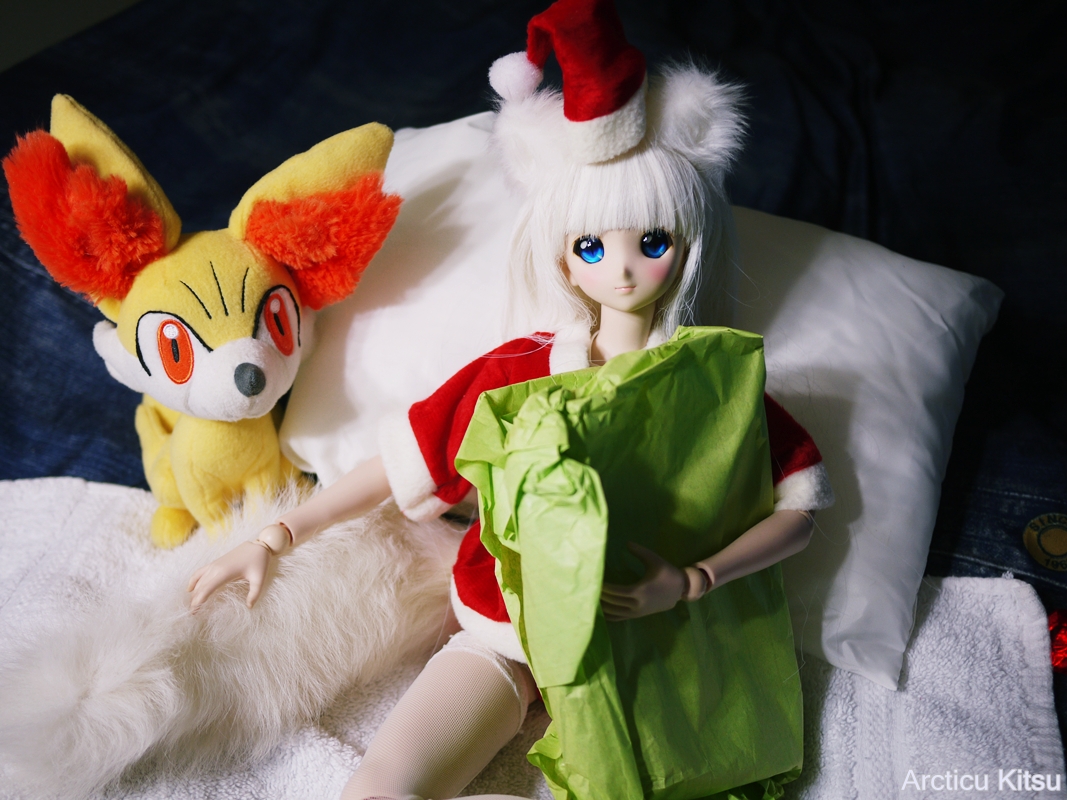 Was somewhat surprised to find the soundtrack wrapped in both green packing paper along with it being in a bubble bag. I now have a nice little popping package to annoy Vara and vice-versa. 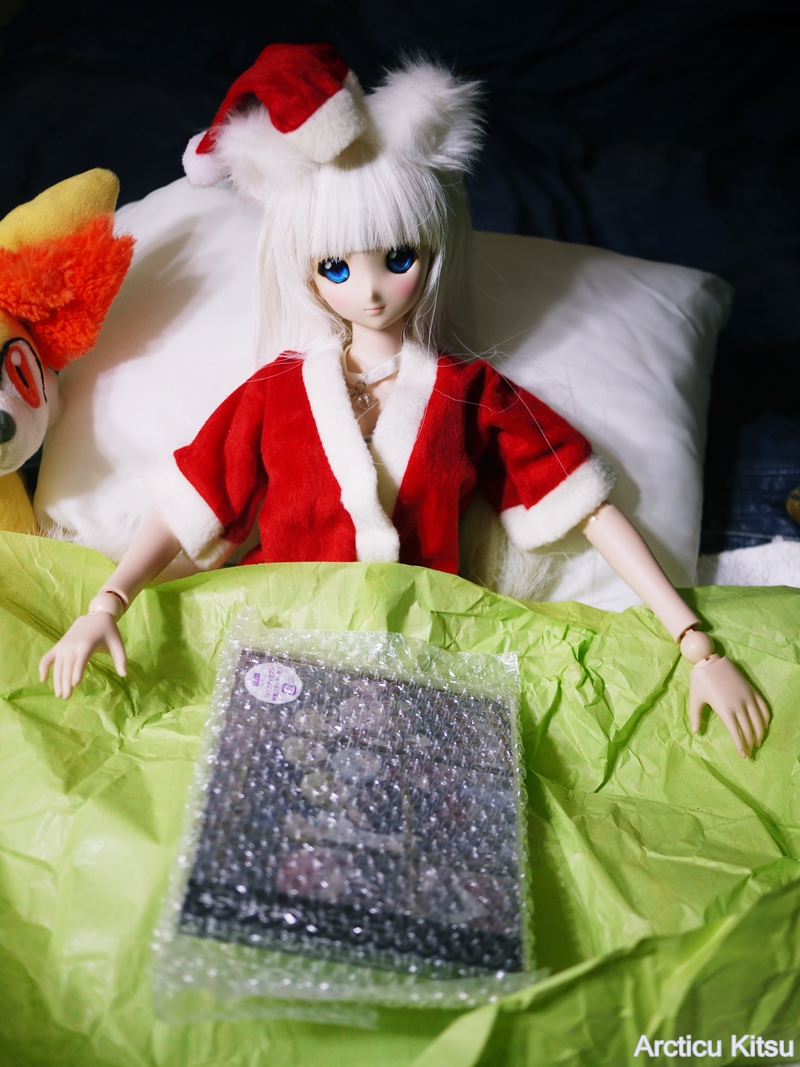 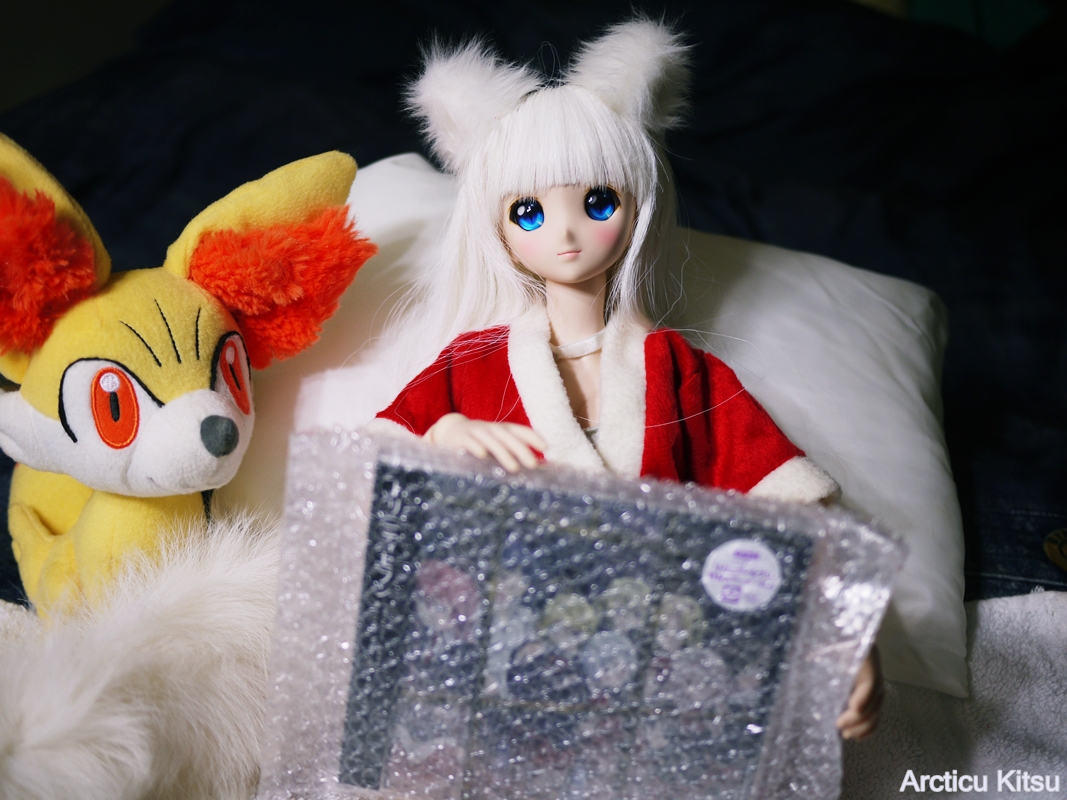 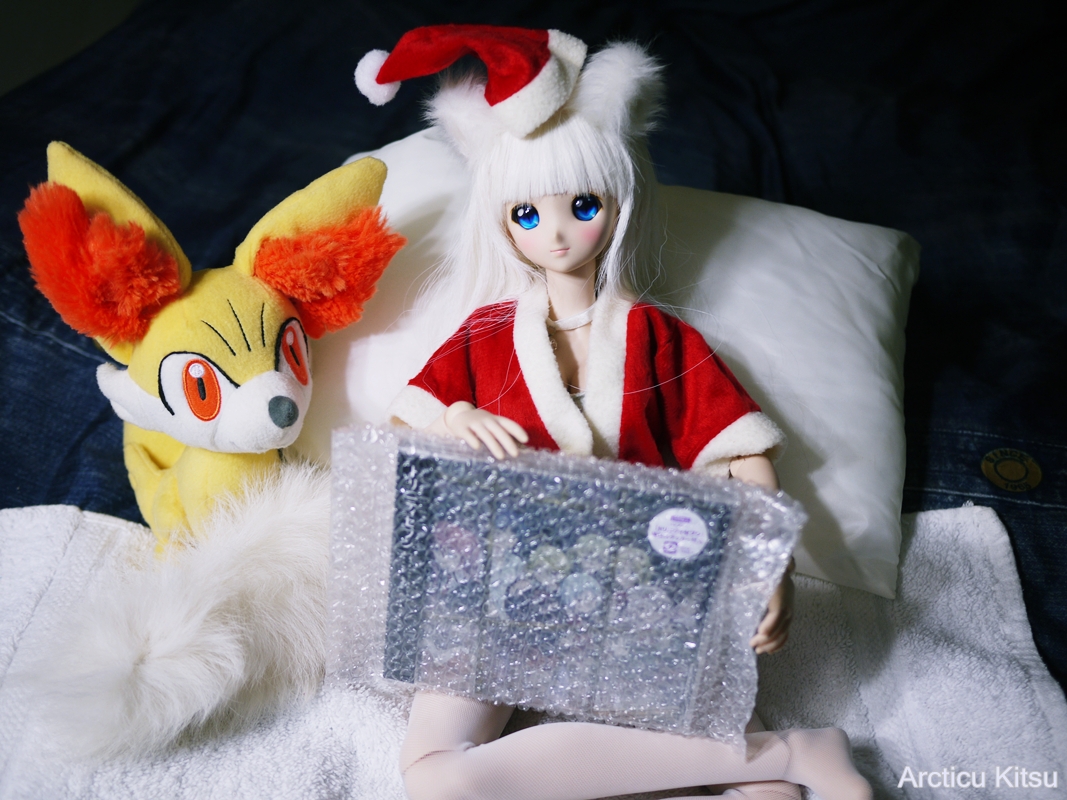 I rate the soundtrack as a whole quite highly. I’d say about 8-9/10. The -1 being the lack of Sora, me being greedy for more tracks, and just….wanting more while enjoying it highly. It’s so damn awesome that I even want to connect it with Jormungand, Witch Craft Works, and Gundam Build Fighter soundtrack in level of musical awesomness. This is my second, or third, actually legit soundtrack thanks to the way the tracks themselves are composed. An electronic underground type mix, if I can even compare it to such. Yui’s violin “sonatina” in both violin and orchestral are also found in on both CDs in two track form. With the recent hype I guess I can even say Yui’s “Sonatina” that’s played in both her dream world and the infirmary area of the school has that vibe of “Your Lie of April”, or is viewed as such because of the classical music being made more famous. I nice fun mix, just like the anime itself.

Can’t really put my finger on it, just that it sounds underground-lounge type of awesome. Similar to the situation with Busou Shinki soundtrack I even had to obtain an actual soundtrack for the Busou Shinki TV anime because of how ‘stupid’ people were behaving. Granted, things take time, people are busy, and I should purchase the actually copy myself (which I did) to fully enjoy it.

Two such tracks (out of many) I have enjoyed so far. The majority of the soundtrack is simply awesome.

<- Two Youtube embeds removed due to how touchy copyright holders, bots, and Youtube all are about copyrighted content. Apologies for how messy this makes it appear. Similar level to North Korea’s control of information. ->

For how long I also had to wait to listen to the tracks this album is now also my trophy to proudly display. (Once you hear the tracks in the show it provoke you badly enough you want to listen to it as a whole). My trophy for how much I enjoy(ed) the show, the opening and endings, and how much myself and others should be watching the show for the mix of serious & comical 4th wall self-awareness. Loving how they designed Trinity Seven to appear darkly moody in atmosphere and colour also continuously poking fun at itself. It’s self aware, it breaks the fourth wall on numerous occasions, it’s perverted, hilarious, and I find it that it’s unique, or at least unique enough to be highly enjoyable. It’s dark colours, bright academy hallways, and comical tone hits a nice balance, if the show itself suffers from funding issues in places. Still viewing both Anime and soundtracks (plural) very highly.

Yes, the show is strong on perverted humour, which I don’t mind, because it does it in what I find to be done in an actual humourous unique manner.

Can’t be Sinterklaas Festivities without some Christmas themed fun with chocolate. No slippers or anything, just chocolate. Stuck wondering what Sinterklaas even is? Here, I’ll save you a Google with – THIS – if you haven’t Googles already. 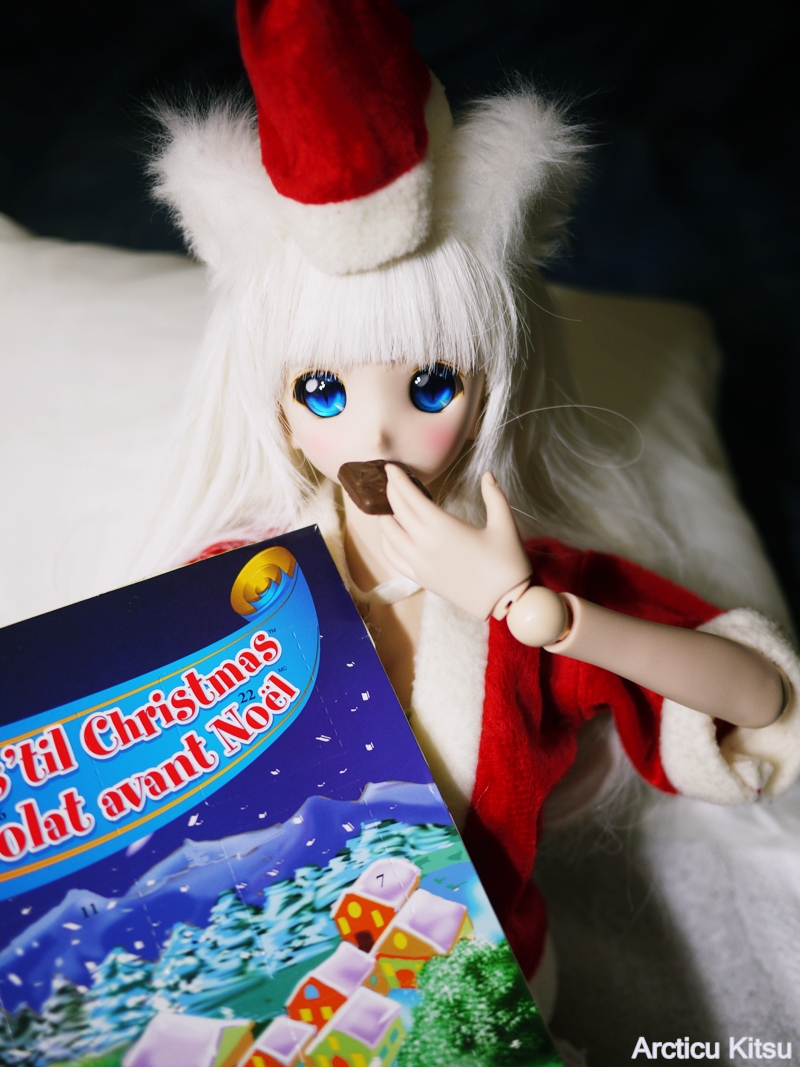 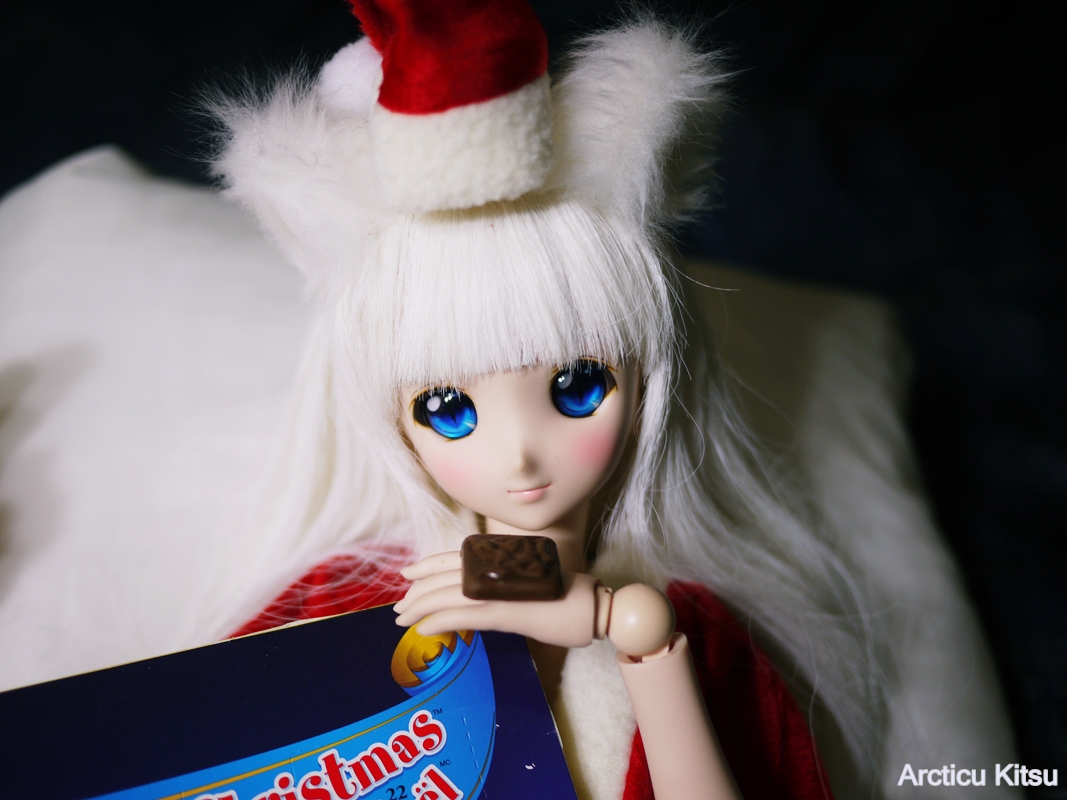 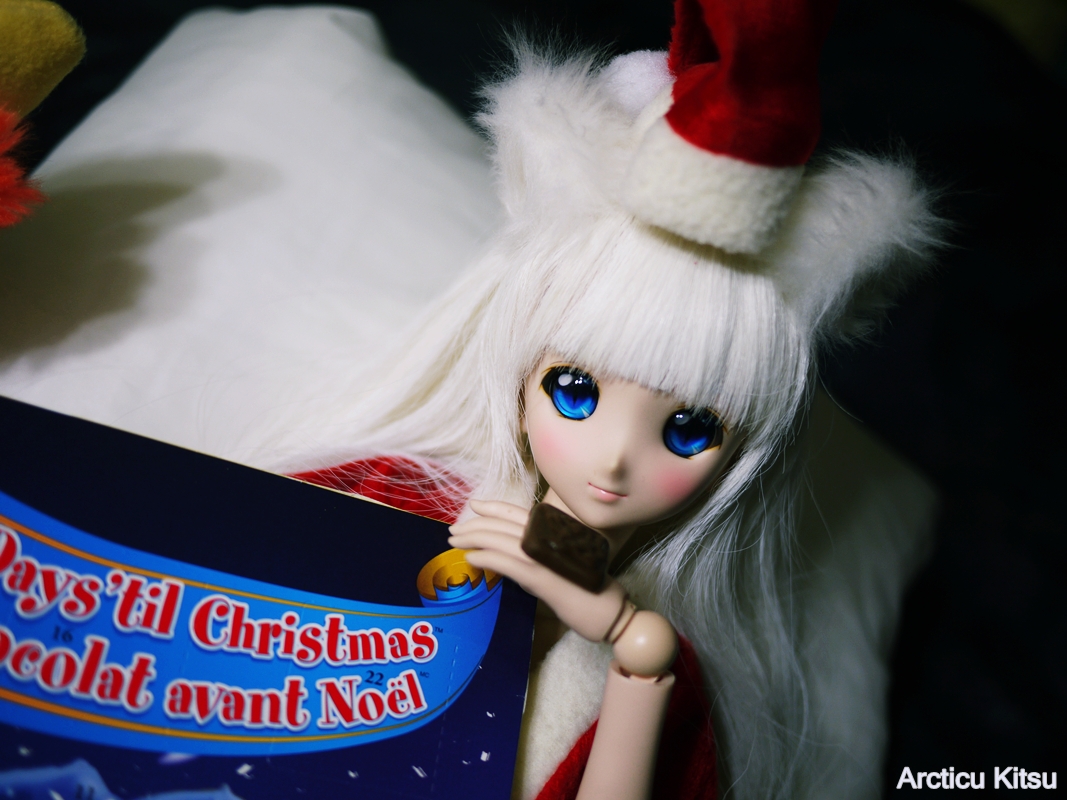 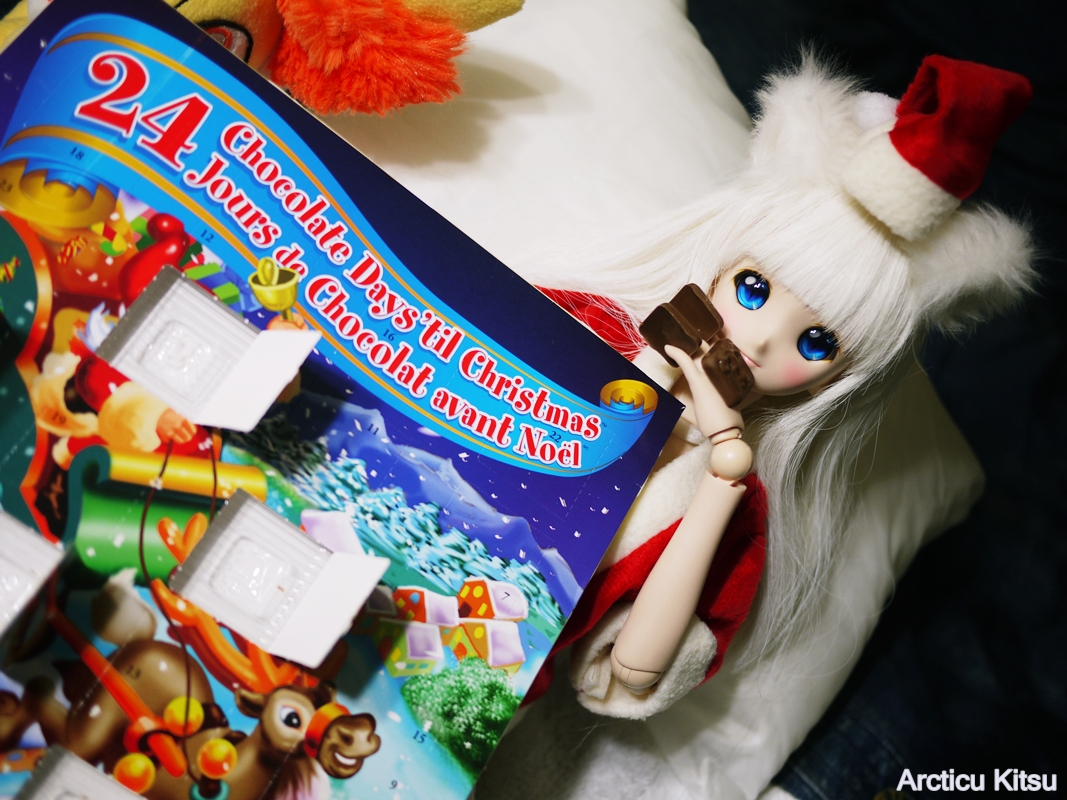 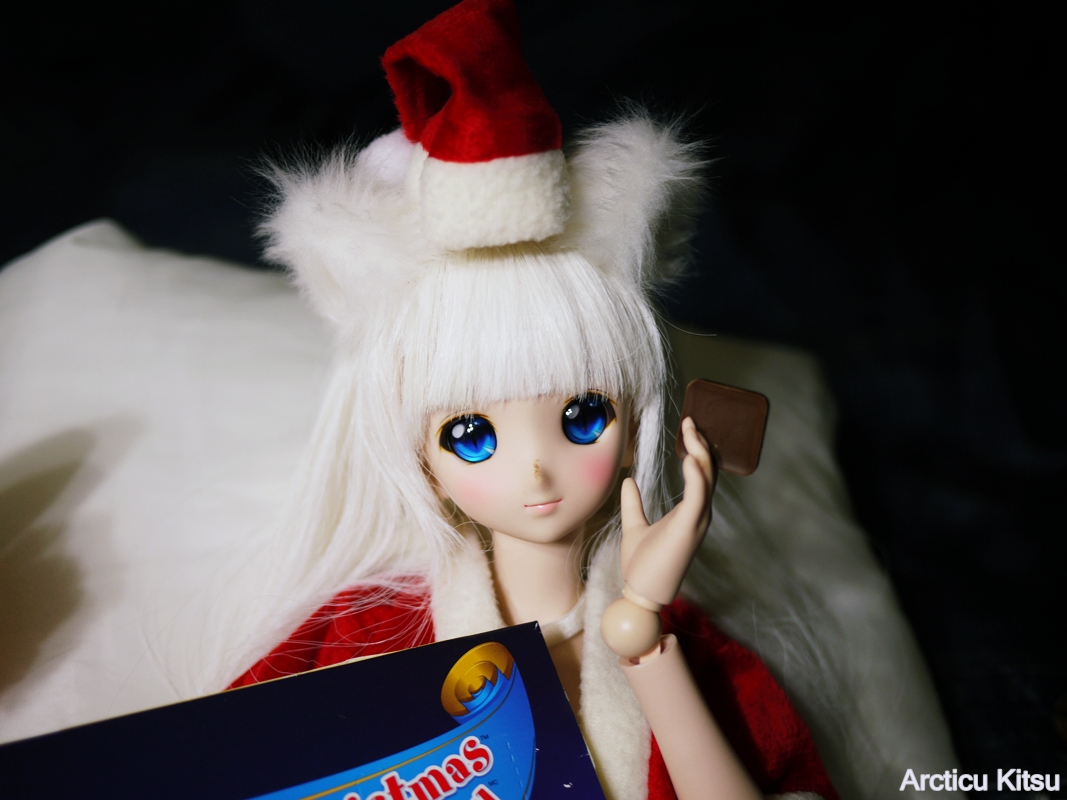 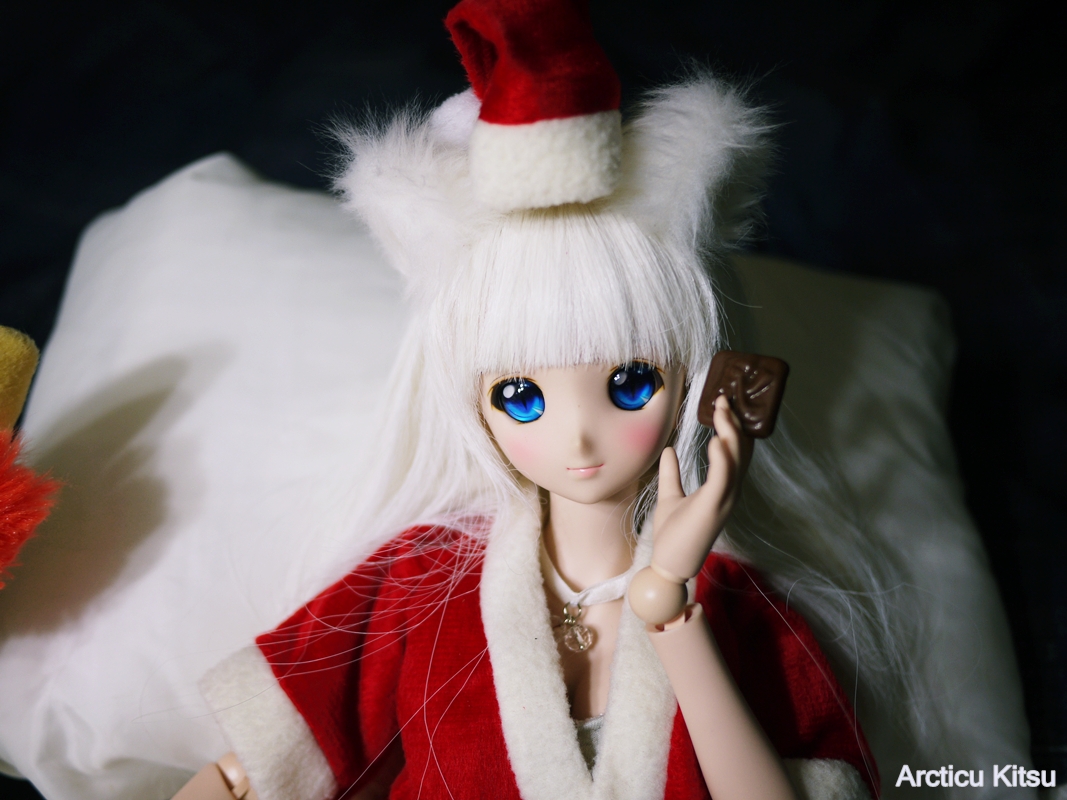 I guess it would be appropriate that these images are indoors as it’s a nightly event. Maybe morning if you’re an early-bird or something. I still had fun, I still enjoy these images while also hoping I don’t end up hating them later. May come back to brighten them up all so slightly. Thanks for viewing and hope you enjoyed!

(Side-Thoughts: I’m happy with only my Trinity Seven Soundtrack. If any of you feel like gifting me anything, thinking of such, then I wouldn’t mind having some fan-art of my foxy Varakitsu (and Renge) for Christmas time. If you do feel like sending me anything then I wouldn’t mind such to proudly display on my blog’s ‘About’ page while sourcing you. Otherwise, I should be fine. Anything else of my foxies is always nice, welcomed, and a morale booster. If you do then simply comment below or send via blog’s e-mail. Thanks either way if you do or don’t. Thought I’d leave this here.)