Heyo! I finally managed to jump into another ‘Doll Meet’ that fell into the ‘Ottawa Doll Show’ at Ottawa’s E&Y Center next to the airport. I was attempting to jump back into the Anime type meet-ups that this seemed appropriate.

(All images taken with a Lumix GF1 – Pancake Lens.)

It has been a long while since I was able to have either Anime figure or doll type figure photoshoots. 2015 has just been a nasty year that I believe I missed a Doll Show in last spring, plus numerous meet-ups. Something about the year [2015] ended up being too aggressive that it kept doing harm to me. Anything that did go wrong, did. It was also a rough night to sleep with me up almost every hour, or two, with crazy dreams. I was also eager to head to the event that I woke up at 6:17 am, tended to my KanColle girls by sending them off to their expeditions (web game), along with getting ready & heading off at 8 am to the event.

I was also nudged into going by my friend, and glad he did push me, so I was able to experience some nice moments. I even nicely caught some nice hilarious moments made even hilarious. It was worth going to.

Where was this? In Canada, Ottawa’s national capital at the airport side of things. This “Doll Show” being hosted at the “Earnst & Young Center”. It is also where I went couple times for previous doll shows, and one Comicon event.

Kodama & my girls sparkling the place up. Something that failed to connect with Kodama was how I could see his Vampire girl (in purple hair) casually walking down a dark street wearing those fancy ‘street’ clothing. Something you’d see in a serious type anime where ‘baddies’ try to take advantage of their victim to only be thwarted by a ‘smooth walking’ character like her.Â  Something that you may however need to visualize is a fedora styled hat; Jazz style, or a mobster hat. That’s where I gained this thought.

As for Vara? Happily taking care of any pests with frost-type winter spells, similar to Esdese would in Akame ga Kill (for the anime knowledgeable types here) to tease & freeze her foes. I’d imagine Vara also casually strolling down a street swinging something around her finger instead of a violin & a jazz-hat like the vampire above. 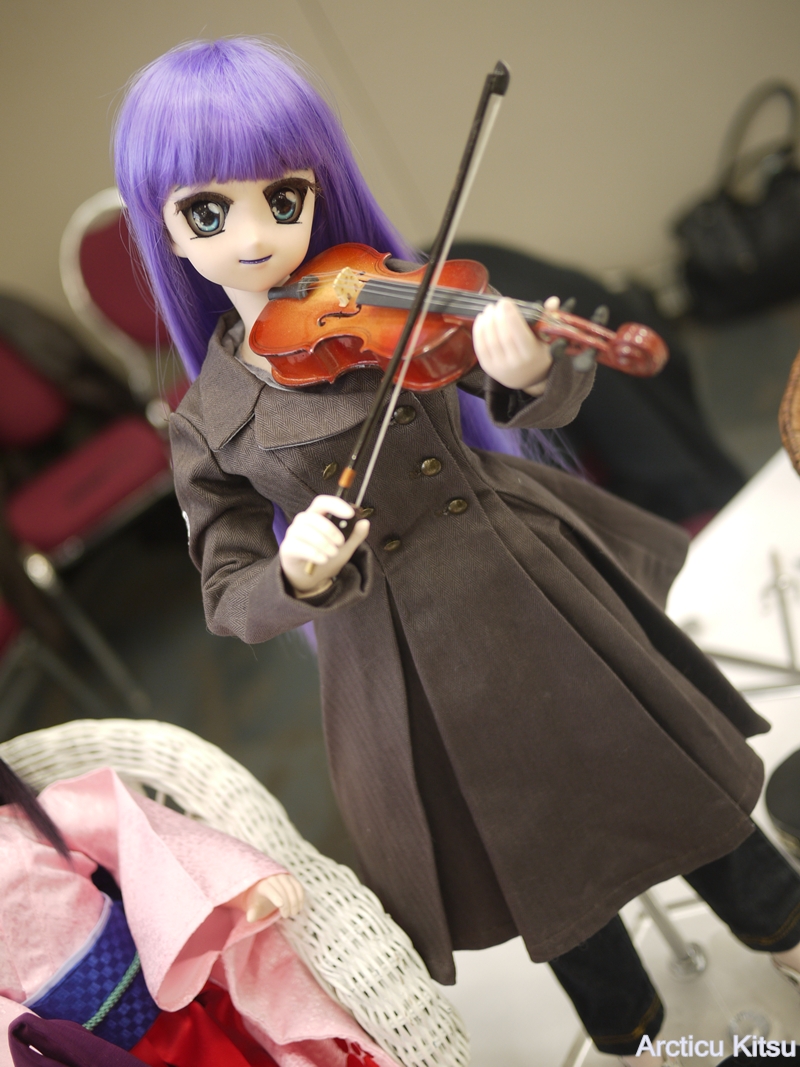 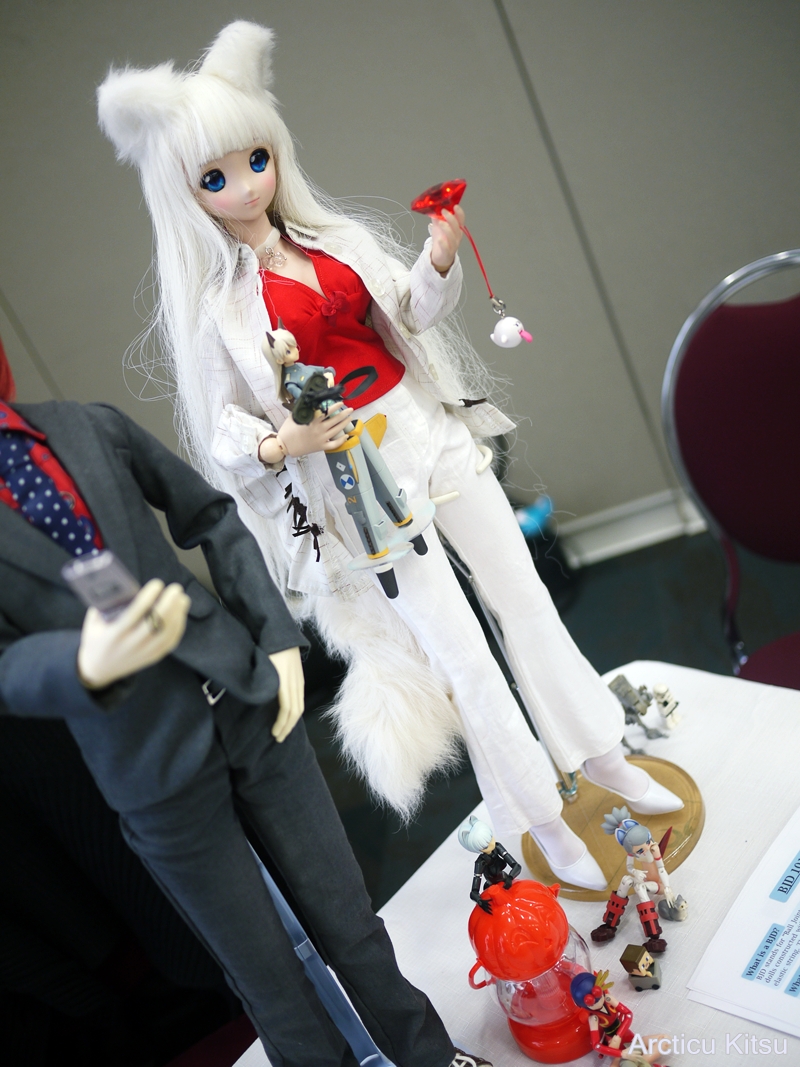 Yup….A silly thought, yet an amusing one at that. Something that you may also have to picture a mafia (1930’s) version with the below also. I could also see the lovely ‘Half-Vampire’ playing this “Berlin” track. 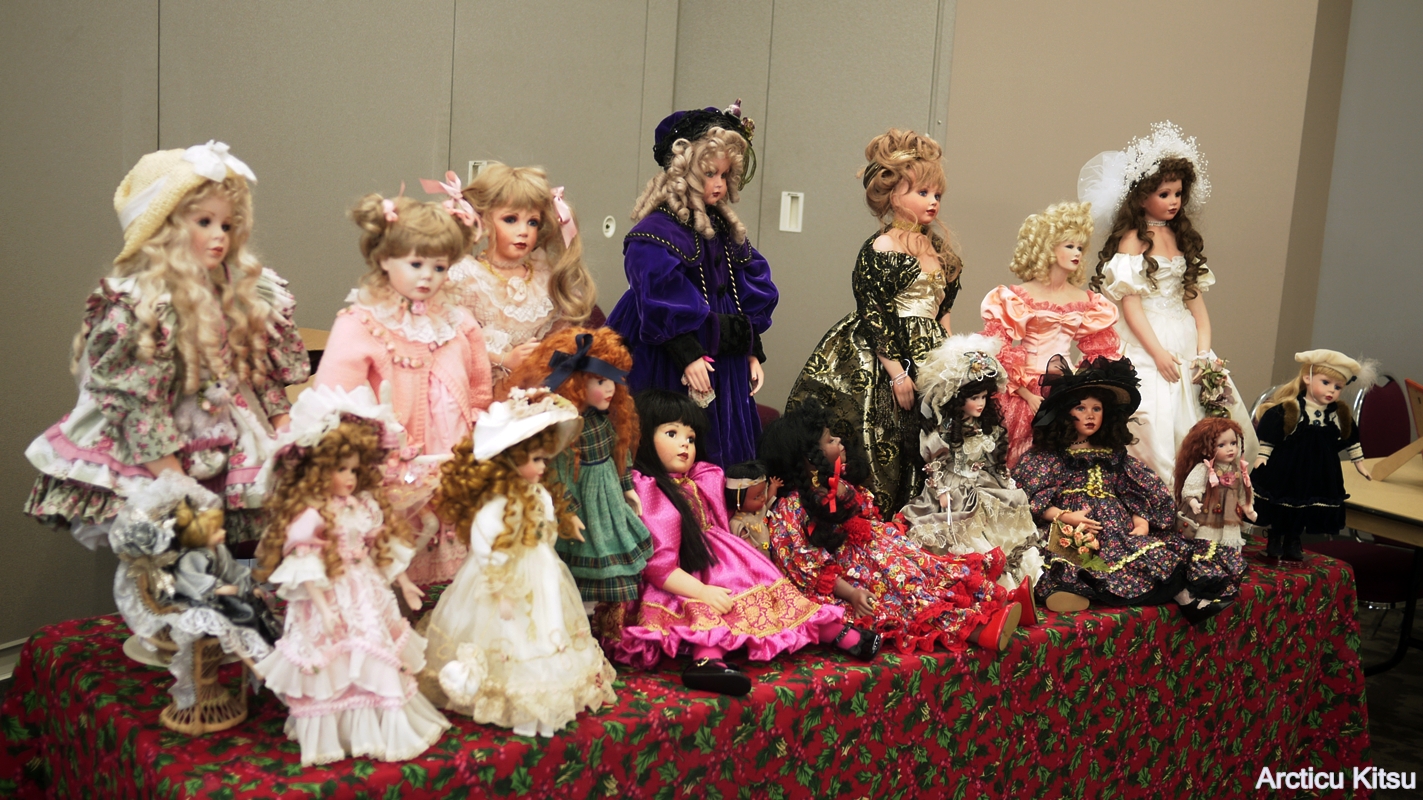 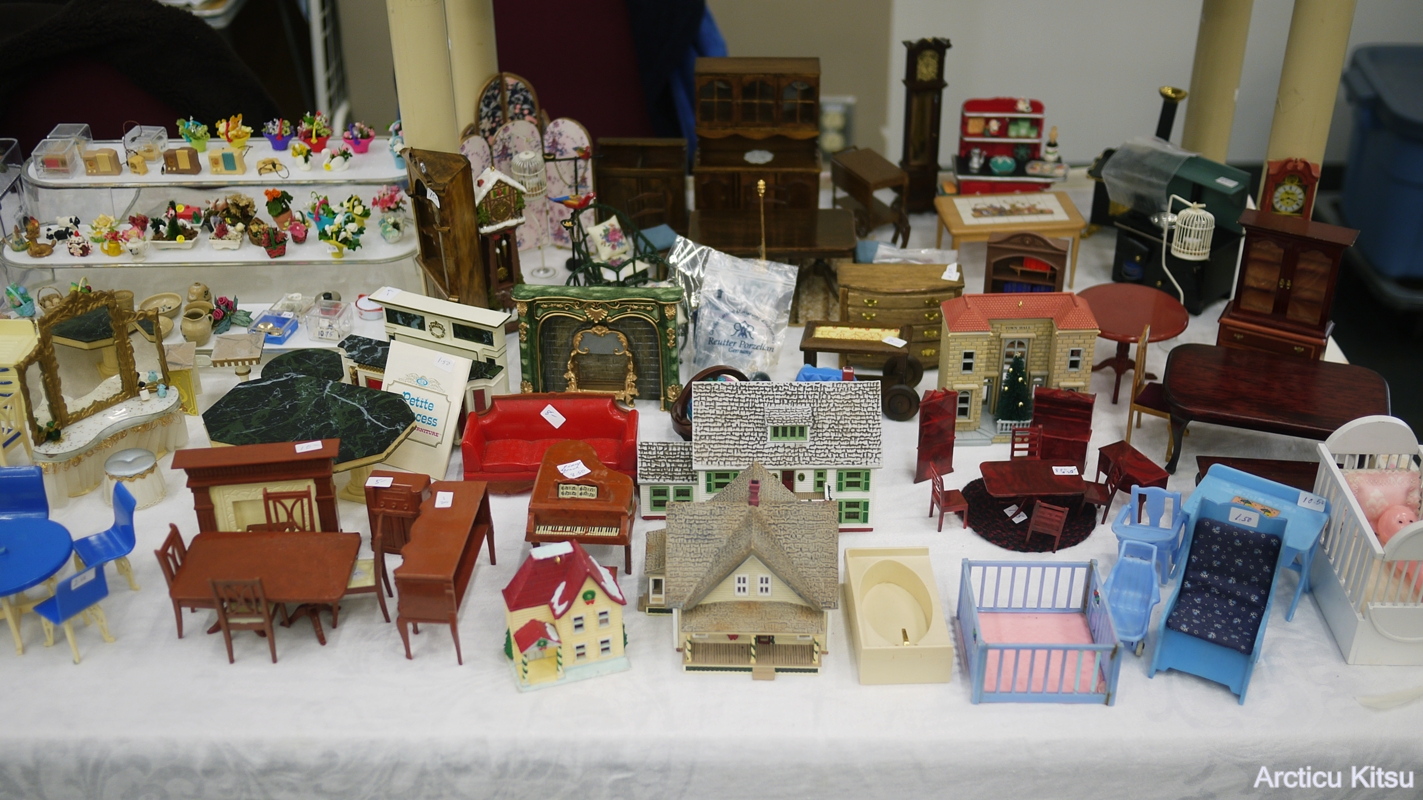 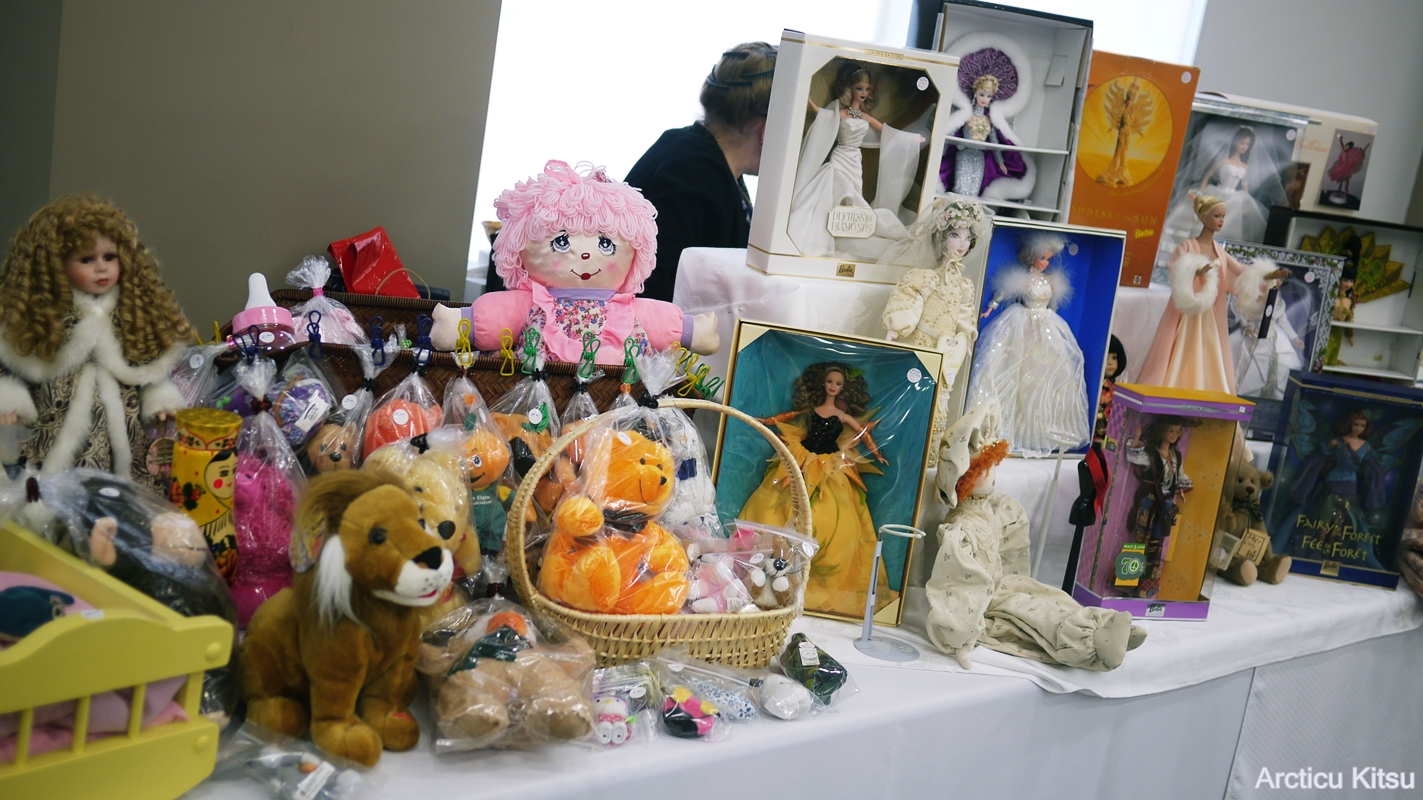 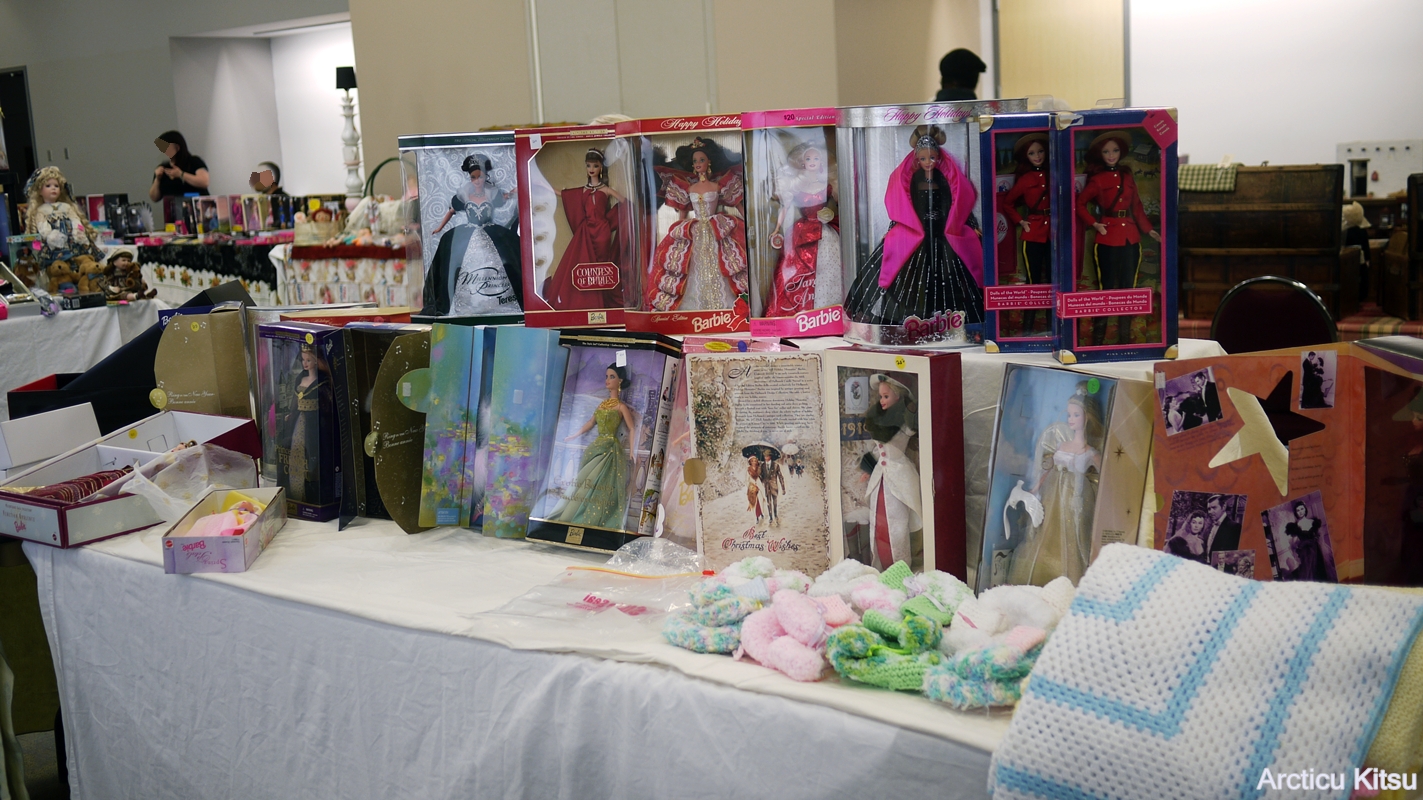 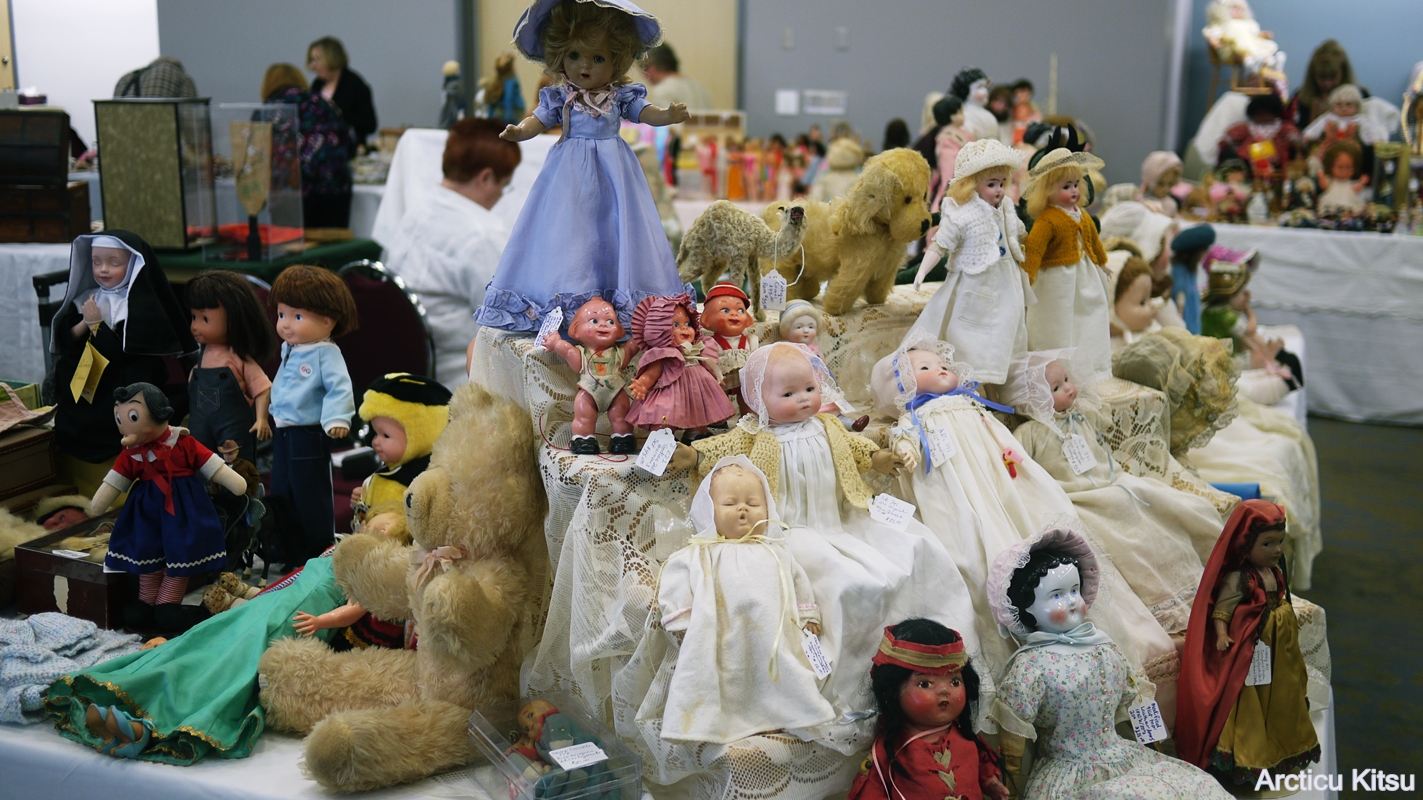 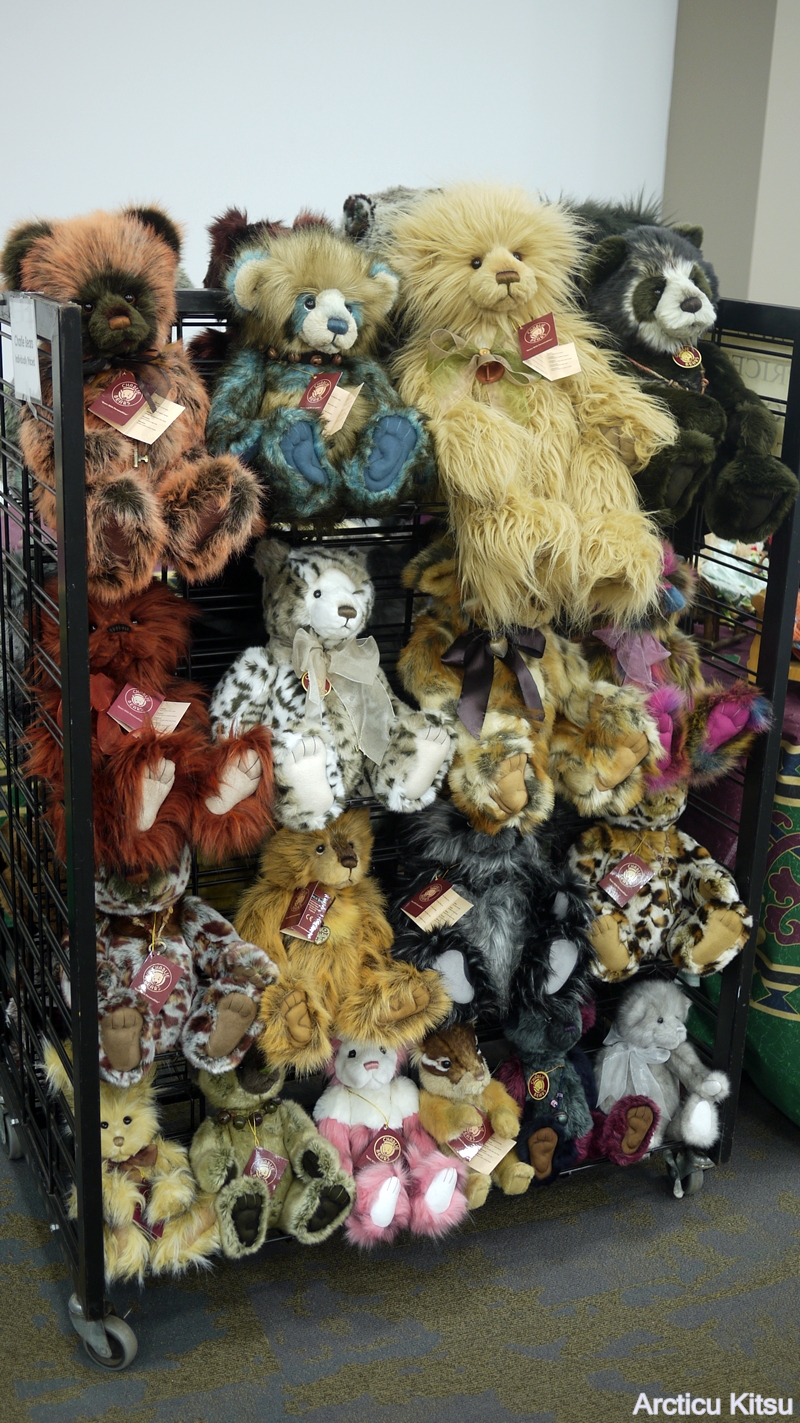 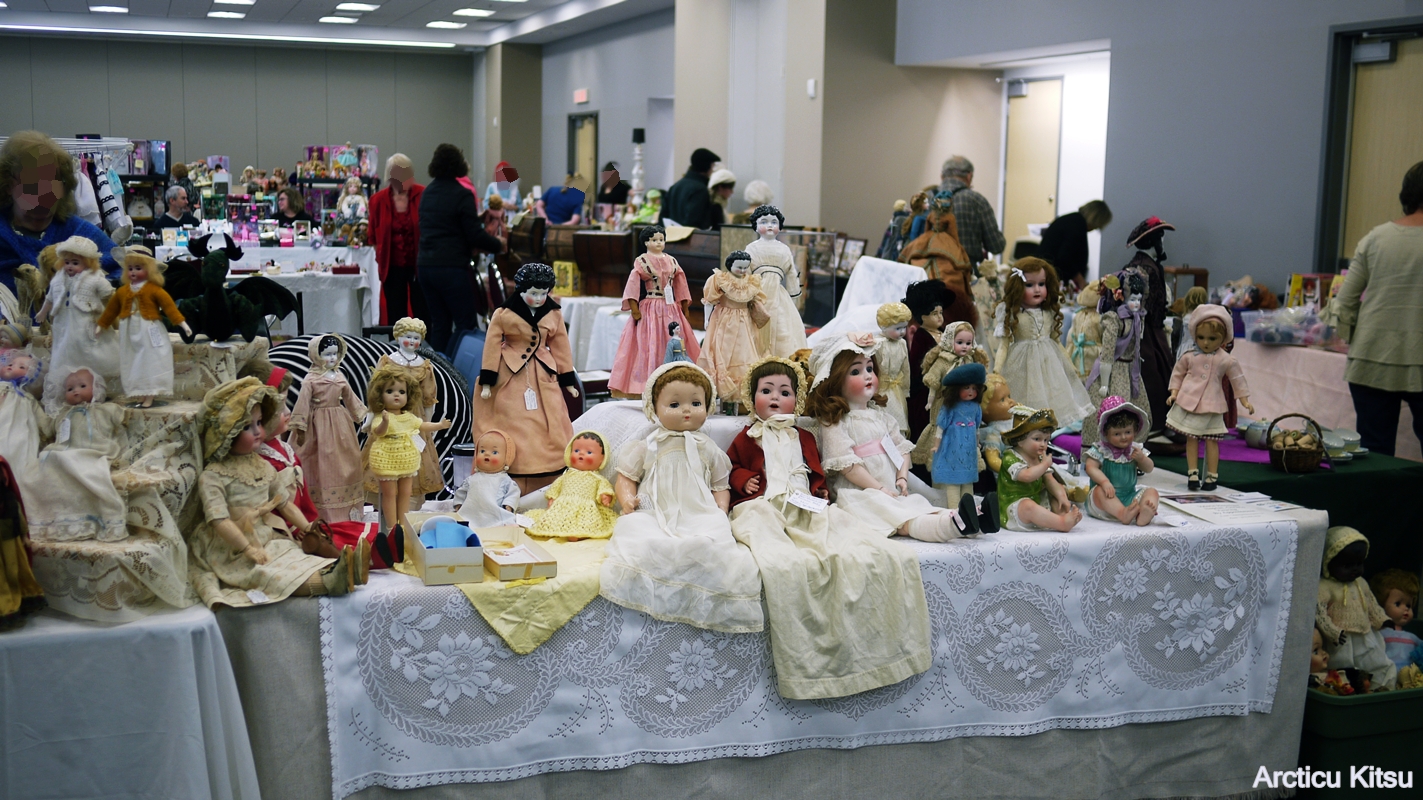 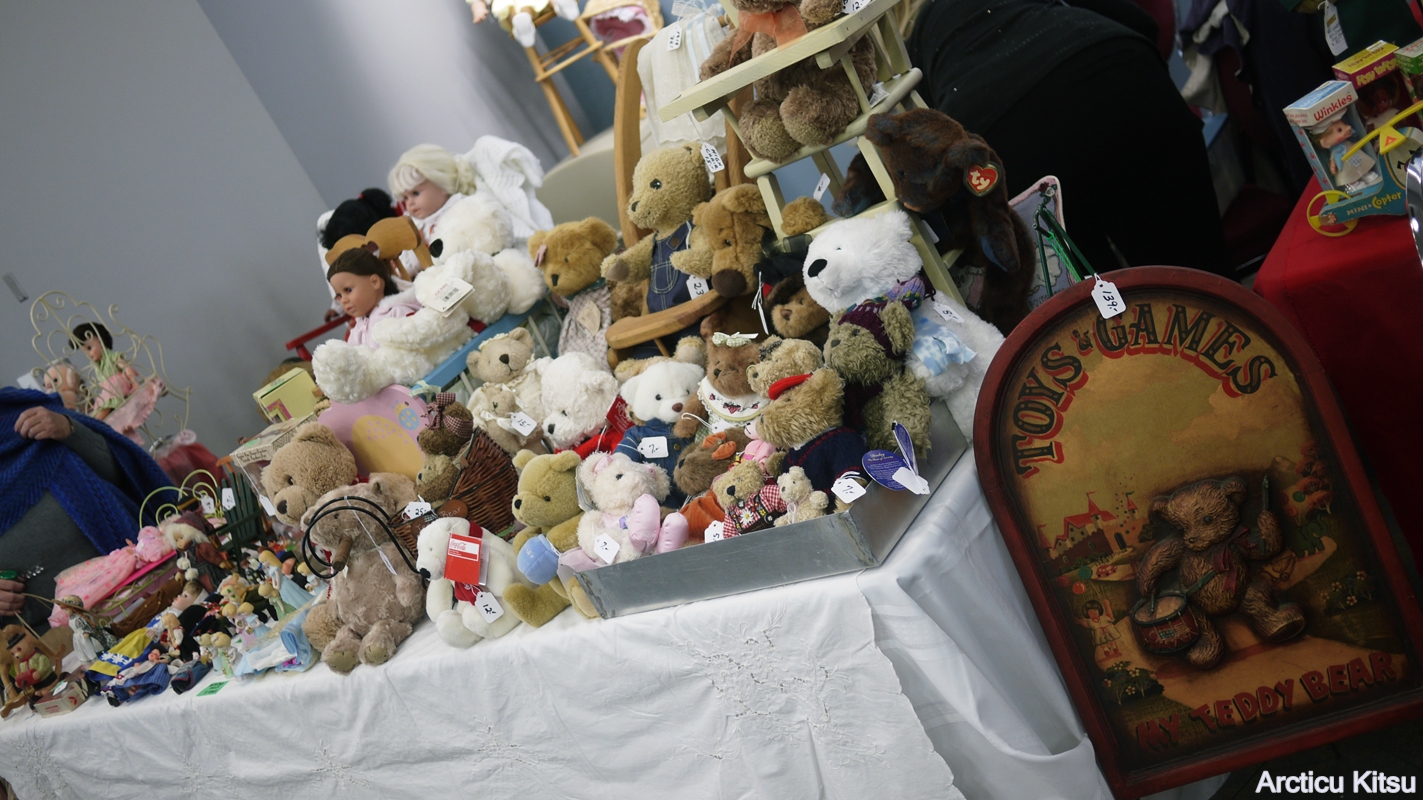 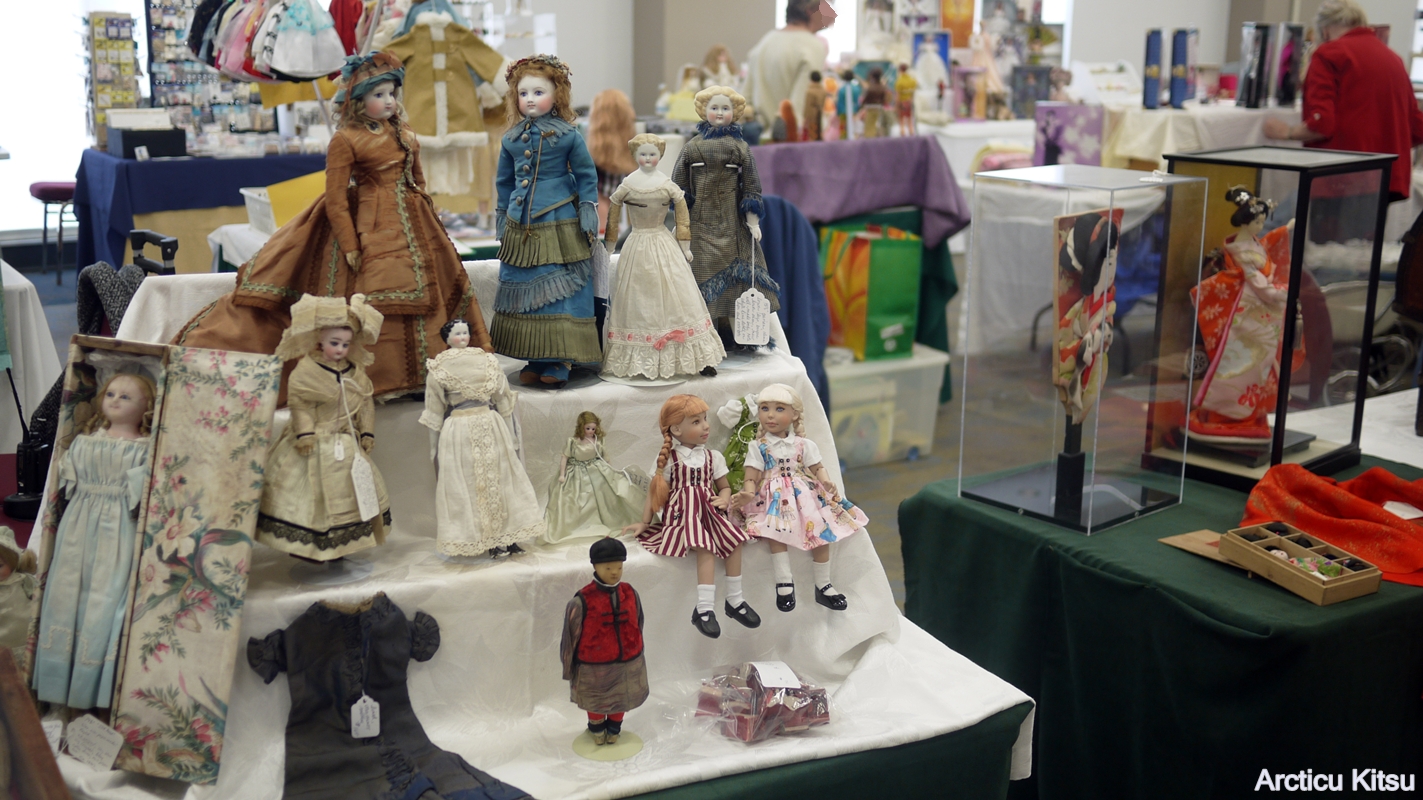 Was at this point I was approached in kind reminder to show respect to others by asking them if it would be fine to take images of their display. That’s fine, and I did ask a few if I could. Just slipped my mind the other half of the time because of my horrendous sleep last night (5-6 hours + nightmarish type dreams) so I simply, and happily, complied to do such. I did ask again at another table, then wandered back to my own in sleepless fatigue.

Wandered back to find an elegant gentleman hanging about. Numerous people asked questions about desiring him. I have Vara so I’m happy with just Vara, yet still itch for the odd doll every now and again. 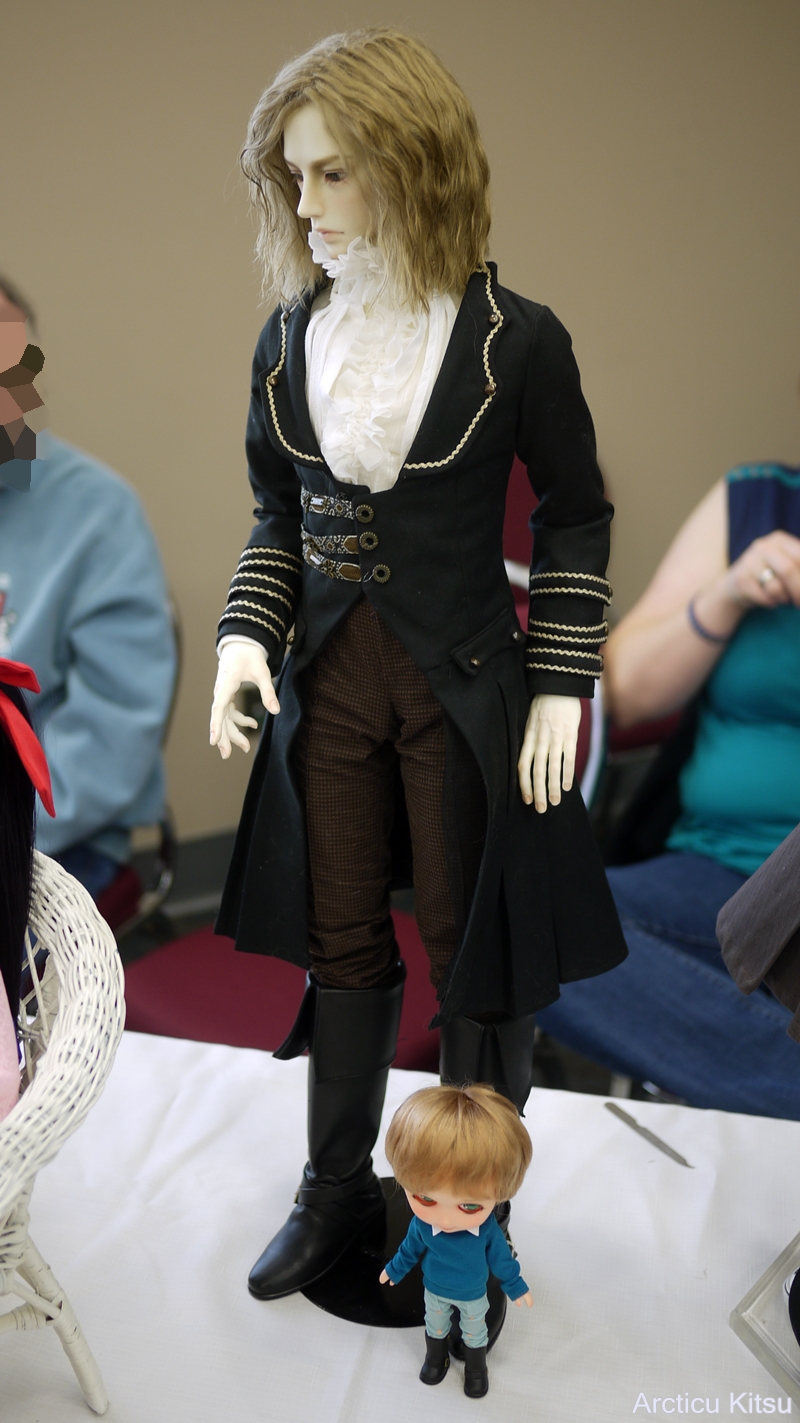 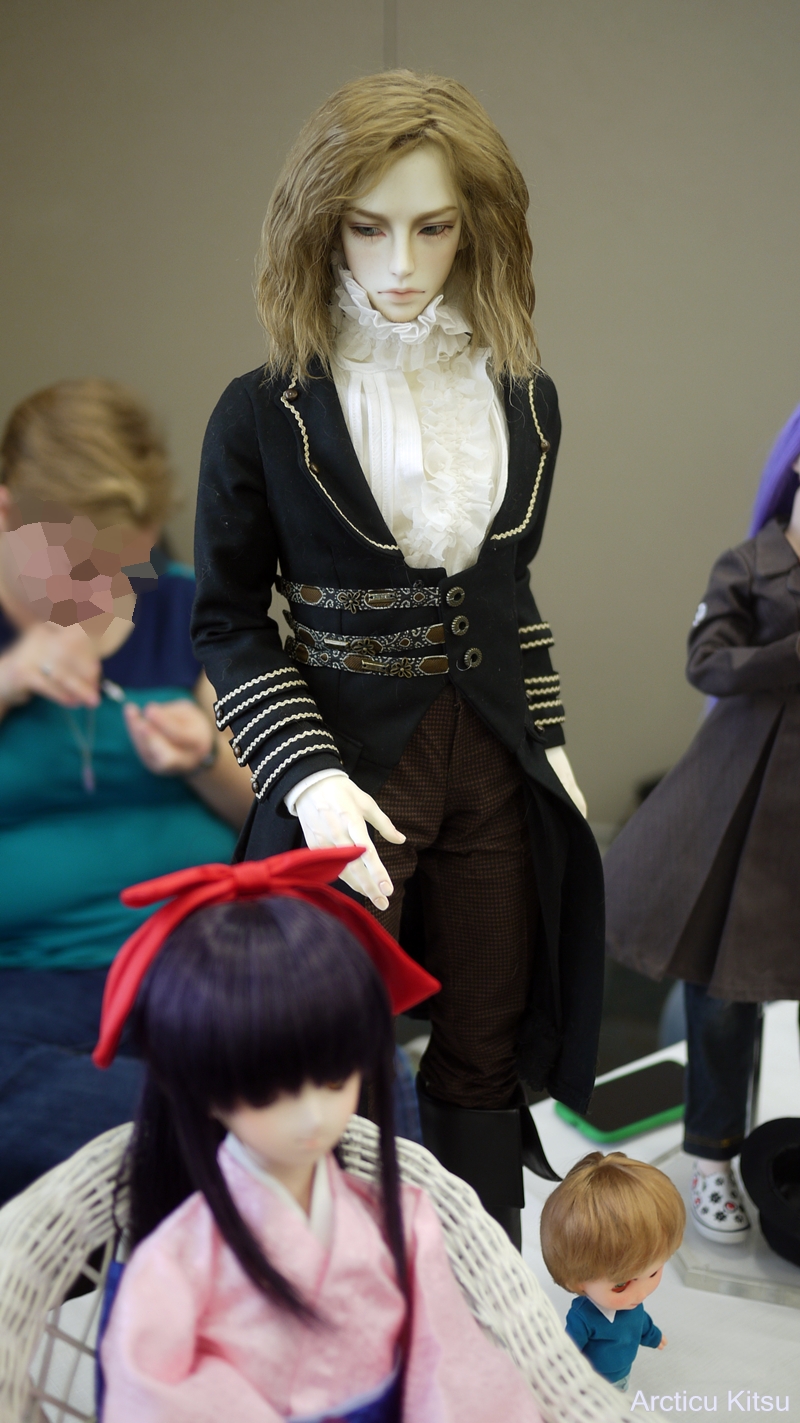 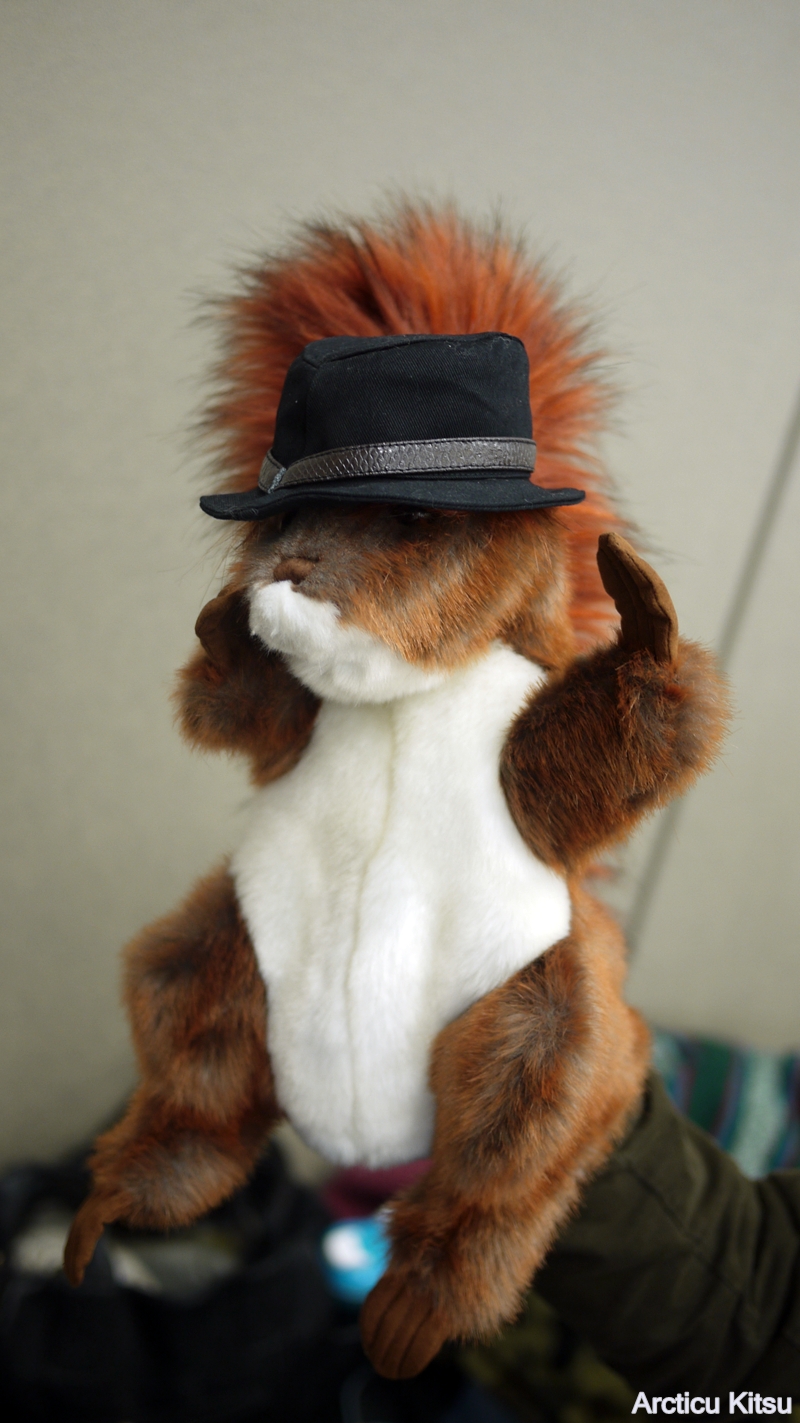 A reminder to be had that one of Kodama’s girls (in white hair) has a Squirrel issue. An appropriate time to remind you that she hunts any rogue Squirrels out of grudge for swarm-snacking on her sandwich in her bag one day. She’s one not to stay ‘chill’ with lounge-styled music. [Rockin’ Hunt Music] 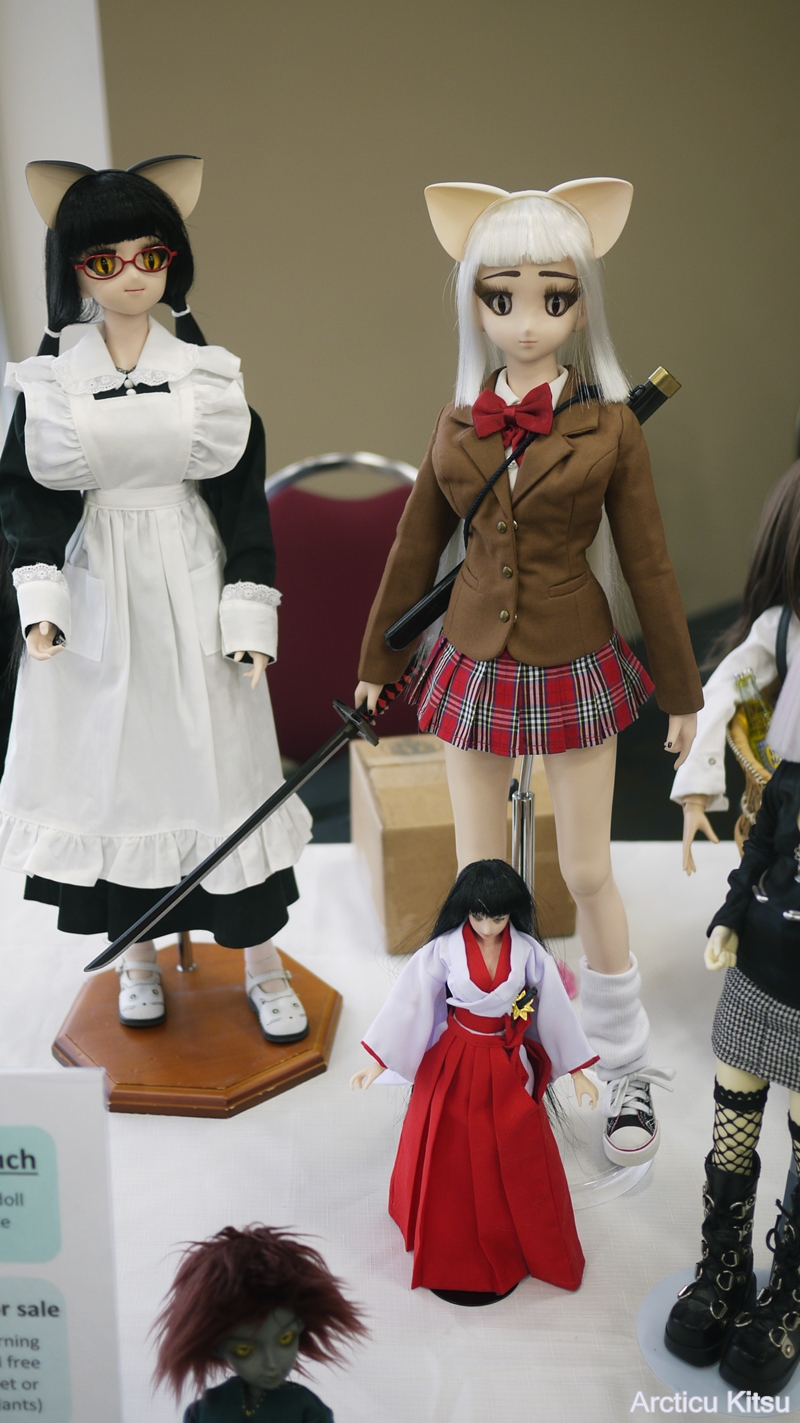 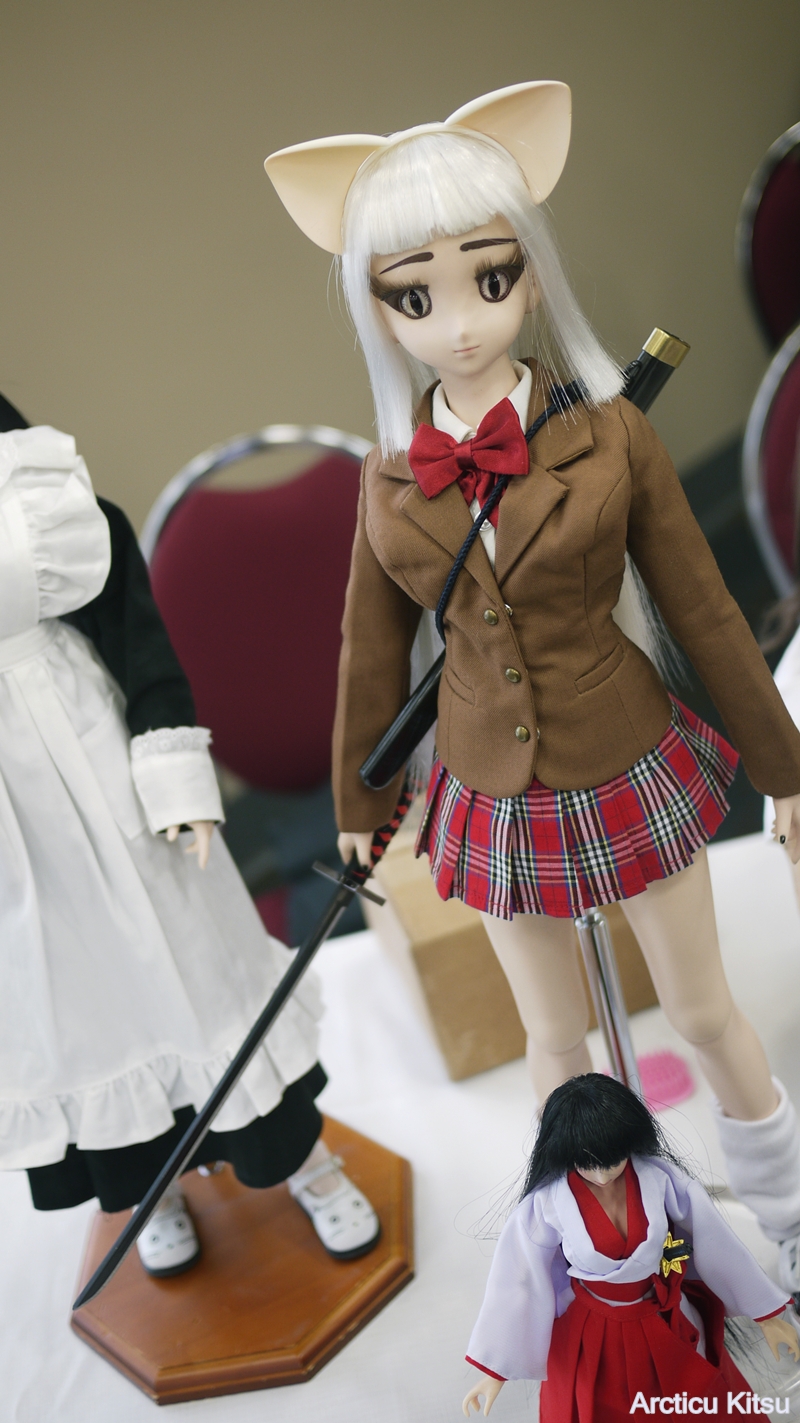 Tieren also came to say “Hello” with his overly youthful-appearing Hatsune Miku. Quite an adorable little one she be when not sporting twin-tails. Sakura (Japanese dress; Below) also gained two demonic minions in irony and amusement. 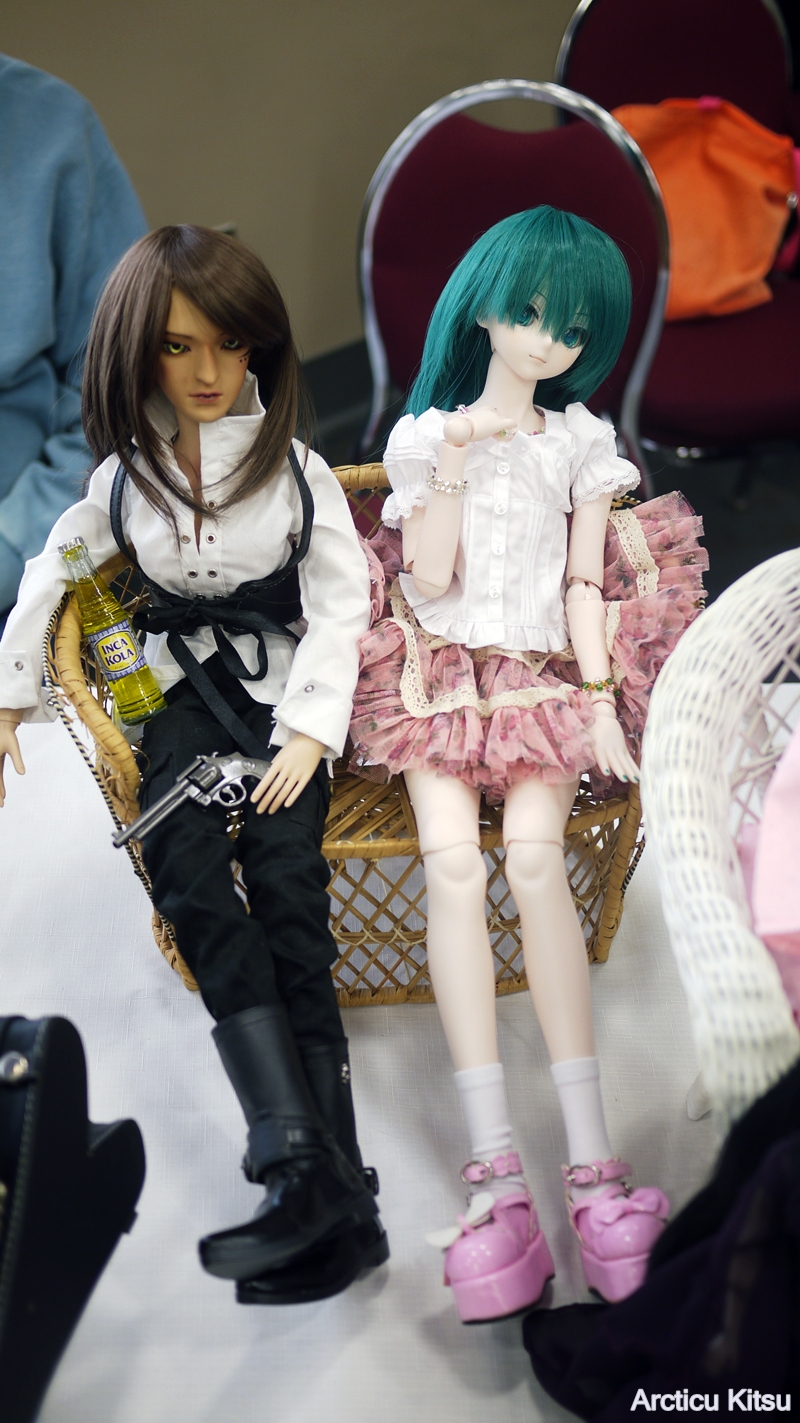 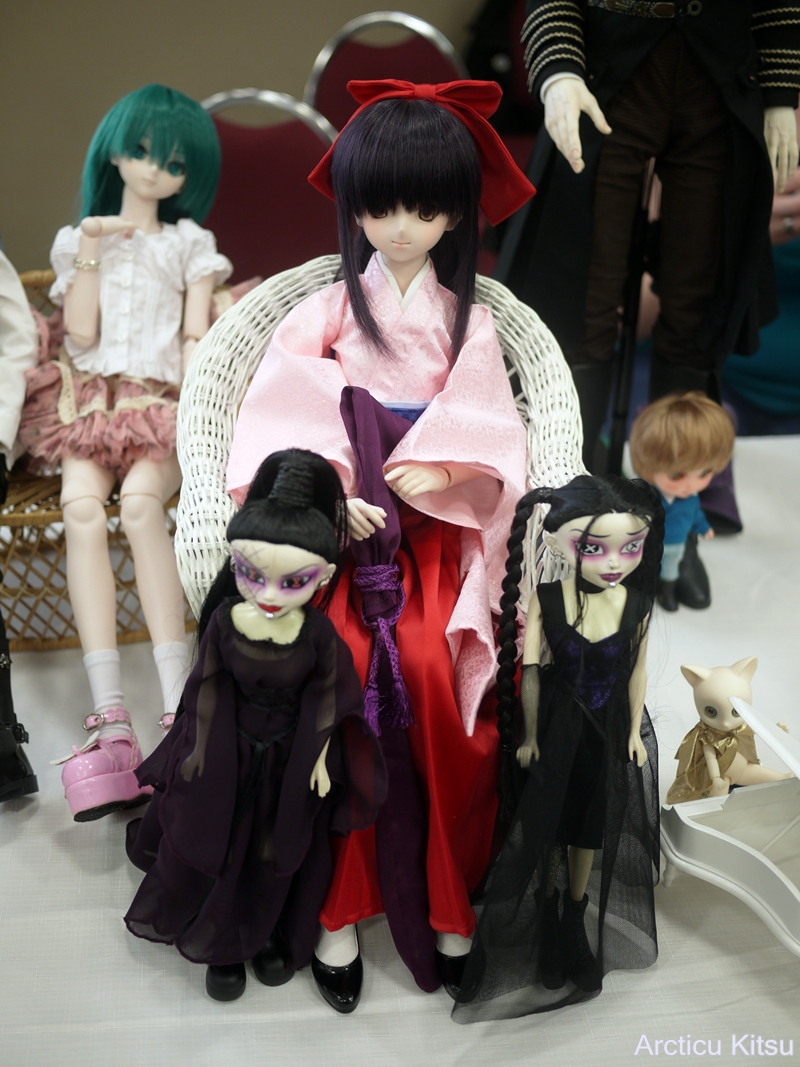 Here is a beauty I wanted to take a picture of for a ‘Figure.fm’er’ who LOVES Miku Hatsune to death. He however denies any ‘spicy’ romance due to playing innocent, yet asked Tieren kindly if he would allow me to snap some images for my American Comrade – TechnoHornist – who is also a US KanColle Admiral. A bit of a “serious” guy, yet someone who I can still respect. Far too serious, yet a helpful “serious” American comrade 🙂

Was awesome hearing how parents (mother types) knew what the dolls were based on in an anime sense. They however kept bringing up ‘Sailor Moon’ half the time, yet neat they kept bringing it up. They knew so they had me surprised with nice amount of respect rounding back towards them.

Also neat how two guys in their 50’s were boasting about their trip to Japan – Tokyo, Kyoto, Saitama(?), and maybe even Nagoya – wanting to happily interact with us by saying “Neko” when looking at my Busou Shinki. Both Renge & Kohiru tending to Figma cats. I was hoping he’d say “miko” for Kodama’s basic shrine maiden doll. They both were overly proud to have ventured that it made me a touch jealous for still not having been there, while others have. It was neat hearing the happiness, the proud experiences they wanted to share. Talking about where to also pick up the Volks dolls and such.

What a day this was. I woke up to seeing the sunrise burning the cloudy sky red. It was similar to seeing a fire lighting up the morning sky, then dimming out into a light-blue and white scenery. It was gorgeously insane.

I’m so glad I did get encouraged to go with a simple line – “You worked for it, so just go and have fun, or else you’ll whine that you didn’t go.” – which I agree with highly. I’m also glad because I was welcomed back on a high note to allow for us to catch up with Anime, doll, and other related news. I however regret not taking images of planes landing and taking off because of how shitty 2015 is, and how it’s treating me poorly. Even so, I feel proud in that 5 hour sleep mindset. Vara, Renge, and others also had their fun. People actually enjoyed our figures and dolls; People were genuinely curious about Varakitsu & Eila. It made me overly happy. I also want to get cracking on the halted projects on Vara’s side with it most likely going to happen sometimes in 2016. Hoping to get something done for Vara’s birthday/anniversary with this renewed enthusiasm.

I was however being stupid when constantly asking about games only because of the thought of adding our Busou Shinkis & doll characters into open-world sandbox games. Other references and such went over one anothers’ heads half the time. The constant bringing up of ‘Rising World’ & ‘Wurm Online’ only because of the NPC side of things & to gauge interest on my end; Counter-Strike & Call of Duty on their side. All those glitches and hacks they mentioned. Wishing for KanColle to gain a Silent Hunter 3+ type roaming world.

I guess I’m going to partake in this next Doll Show next autumn because it’s now yearly, not twice in one year hmm. It also threatened to rain with little droplets when we left to enter a comrade’s green car. It gradually picked up when driving (still droplets) with it raining fully around the 6-7 pm mark.

Thanks for viewing! Hope you enjoyed & hoping to get some more images out!