This is just one of those “random” articles used to remind myself and post things that I haven’t or can’t theme up in another seperate article. Do feel free to browse this article but do remember everything will be off key. 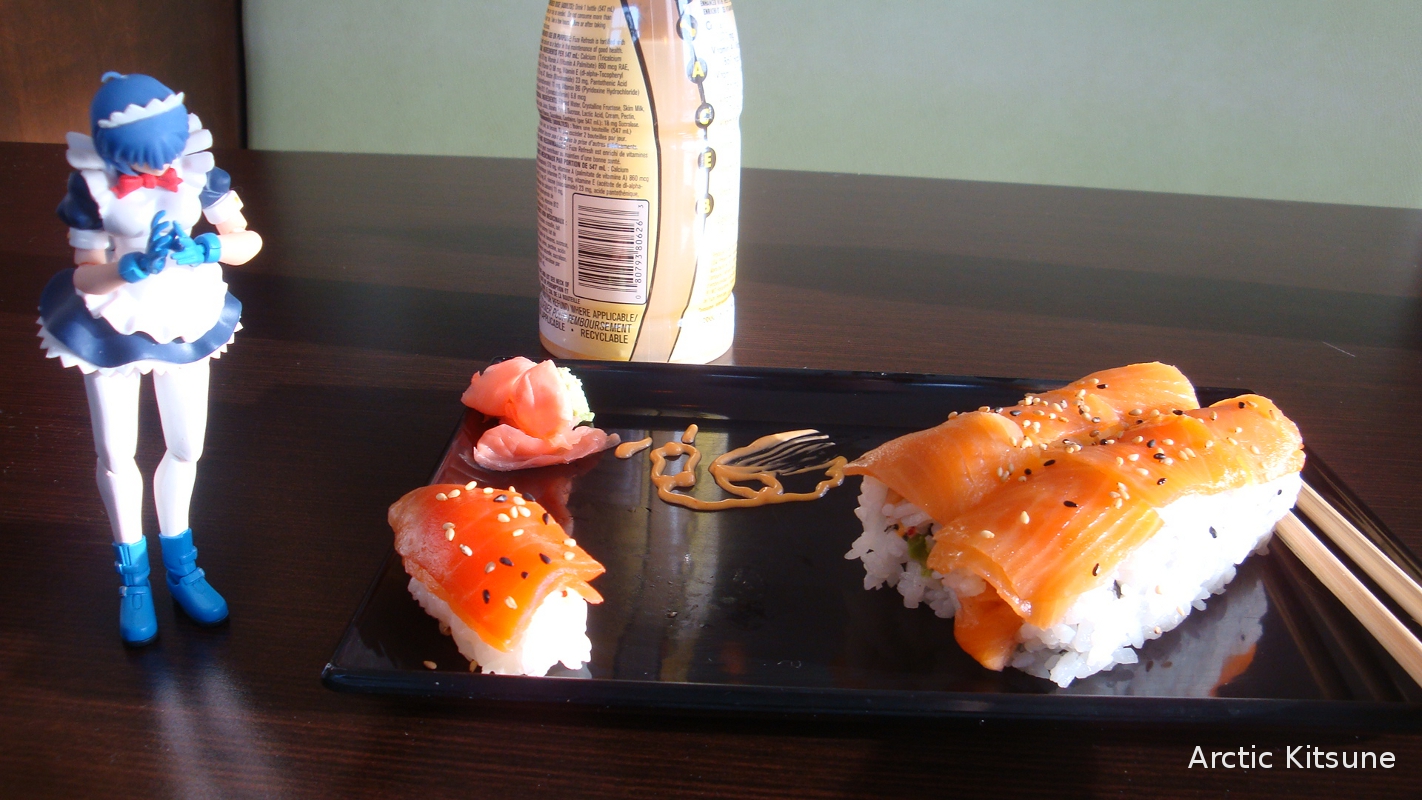 First off I’d like to say that the Vancouver 2010 winter games were epic. The media on all fronts were beingÂ  arses as they had no terrorism or other highly dramatized death, accident, plane accident, secondary Earth Quake news, and etc to report until the end of the Olympic games.Â  Also many silly so called Canadians were whining about an external fence around an external cauldron experiment, they’re not Canadian :P. So what? We got the most gold medals while the Americans got the mostÂ  medals in total! Stop being overly pessimistic people, don’t give in to the negativity of the news!

With all that aside, what makes March epic? How can March even be epic?

– Spring! nature might bloom earlier (for Canada)?
– Olympic celebration of Canada winning the most gold…people may party for the rest of the week and boast for the rest of the month and year :P.
– Seeing the Ottawa River swell from melted snow and flooding various areas around town. Makes for some great pictures.
– With more sun and less clouds the Canadians will be their stereotypical kind energetic self’s. “I’m Sorry!”
– March break (a life saver in High School 😛 – graduated so I longer feel/need it.)
– Formula 1 – March 14th, 2010 – (Formula 1 homepage).
– Grandia – PS3 DLC – (Even though it released late February people would be playing it in March – IGN Link)
– Lunar: Silver Star Harmony (PSP) – March 2nd release – (IGN Link)

That only makes upÂ  a quarter or half of the why March is great/epic. 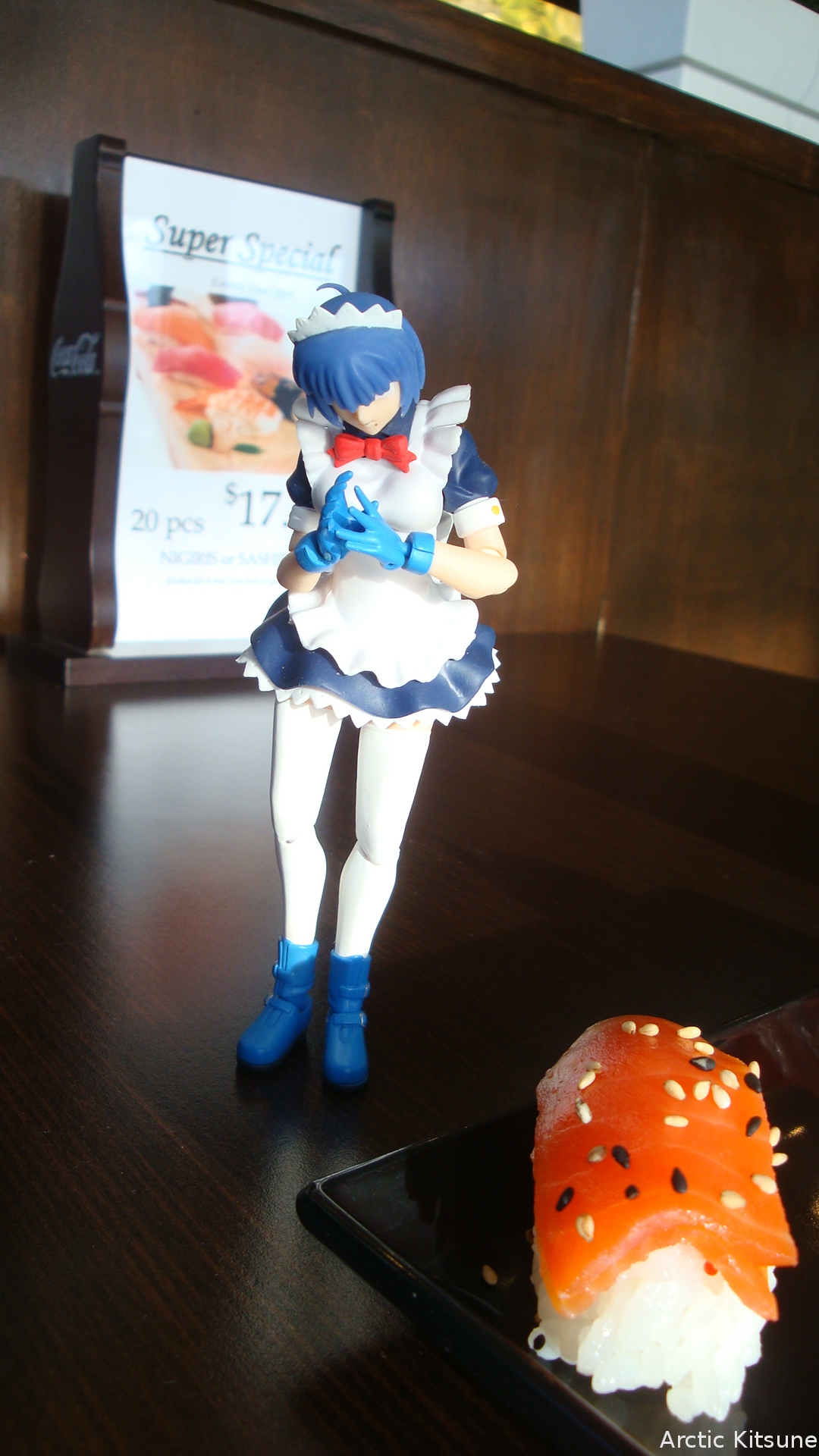 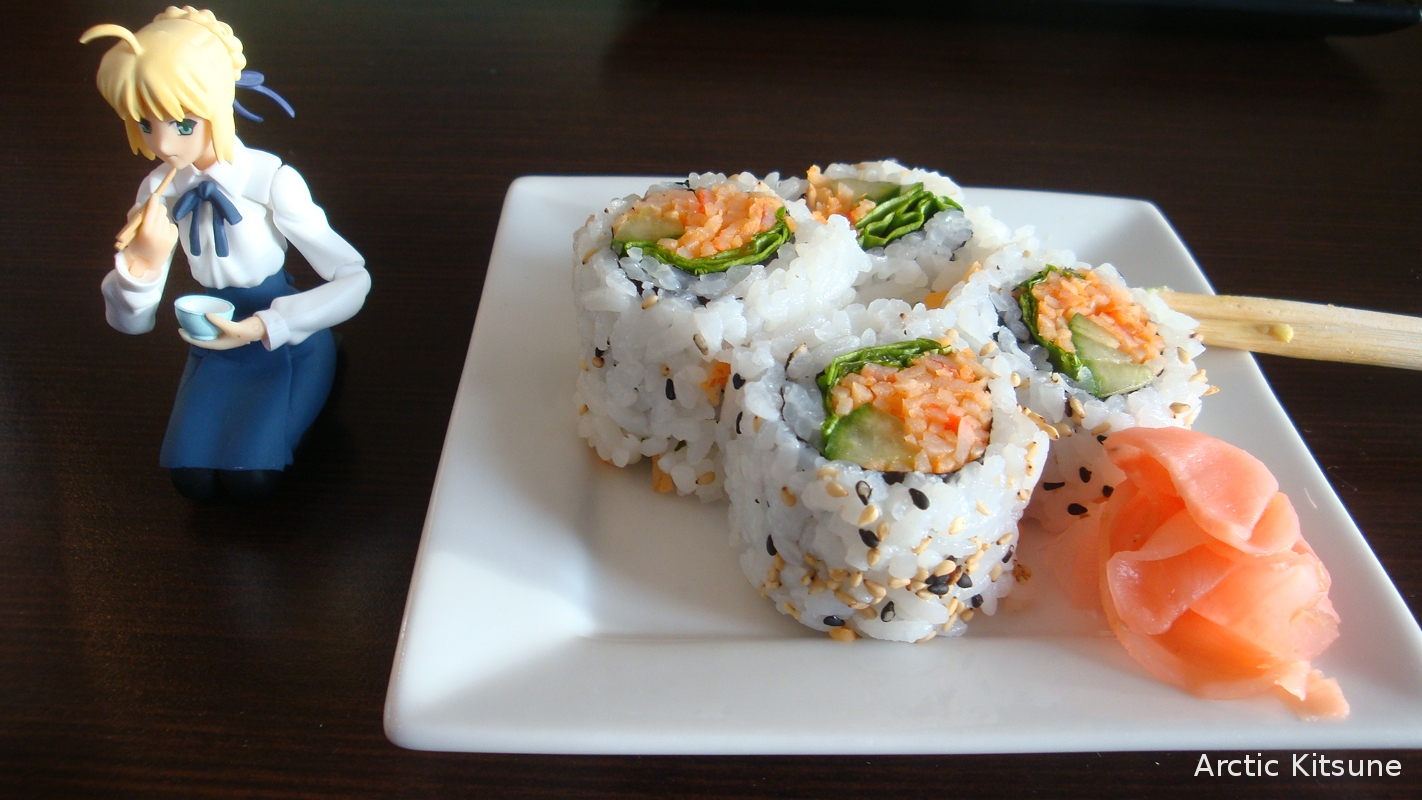 The other stuff that makes march epic would be:

– B-day/month.
– Future review/comparison (Vague for later or else I’ll jinx it.)
– Elsewhere – Hanami – Sakura trees/Cherry Blossom trees blooming – Wikipedia.
– Digimon USA MMO (For those growing up or growing nostalgic over such.)
– Fate/Extra (PSP) – Releasing this Month (or should of) with Figma Saber in red and white. I’m near broke, I want it!
– Yazuka 3 for PS3 releasing this month on March 9th-10th in North America.

(Edit: Thursday, March 11, 2010)
– A non-sponsored Formula 1 space for Playstation Home where you can set lap times (PSBlog).
– The Eye of Judgment: Legends releases on the PSN store – (PSBlog).

(Knows hes missing a few more important ones which are not coming to mind.)

Am I missing anything?

As you can see Canada seems to be under the weather right now as she seems to be running a fever.Â  She has a pesky runny nose and such a high fever that all the thick snow turned into slushy water. 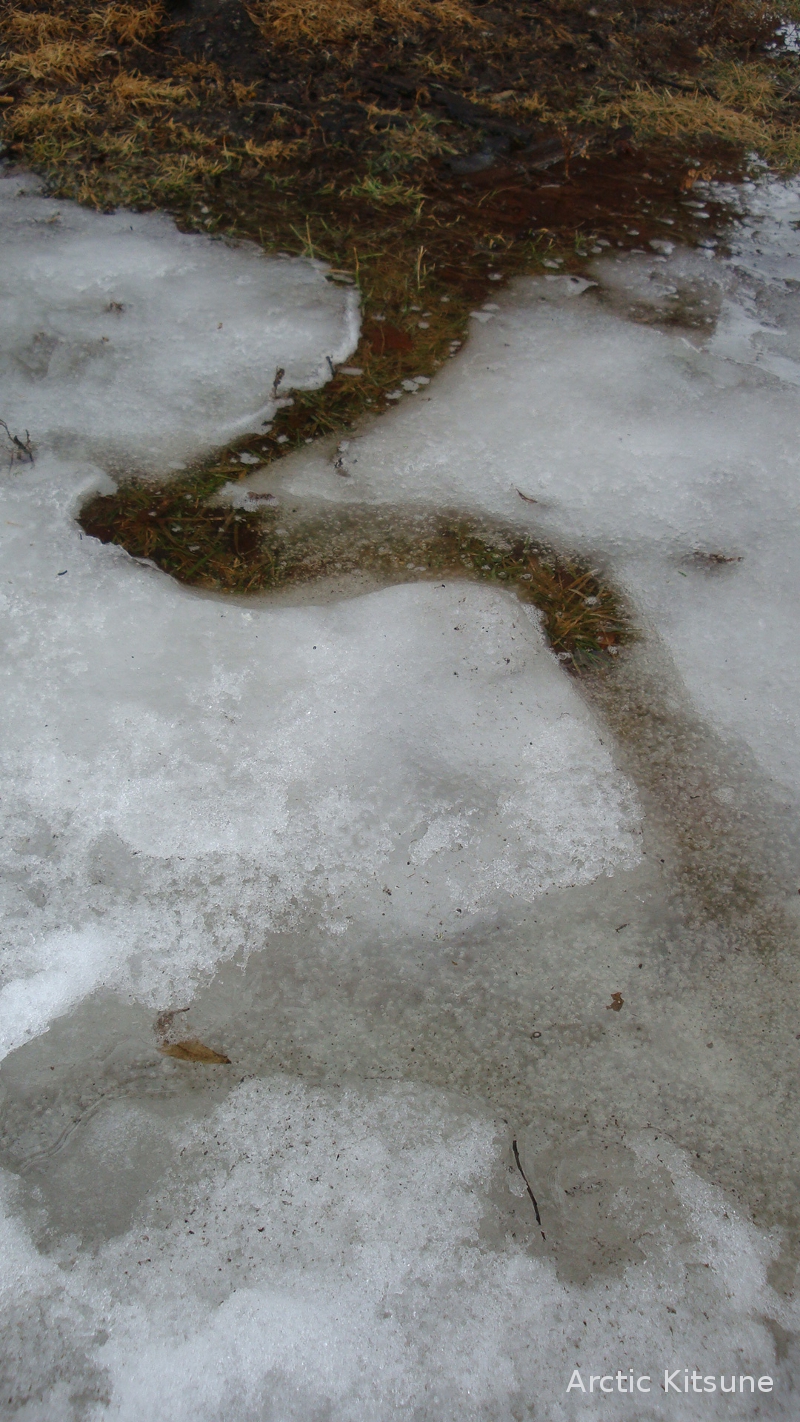 Ya, not the prettiest of images but hey, this is how Spring begins! A nostalgic swampy melting of slushy snow which would later smell like cow dung as water and mud sit basking in the gradually warming sun. Wait a few weeks or a few months and things shall be blooming nicely. 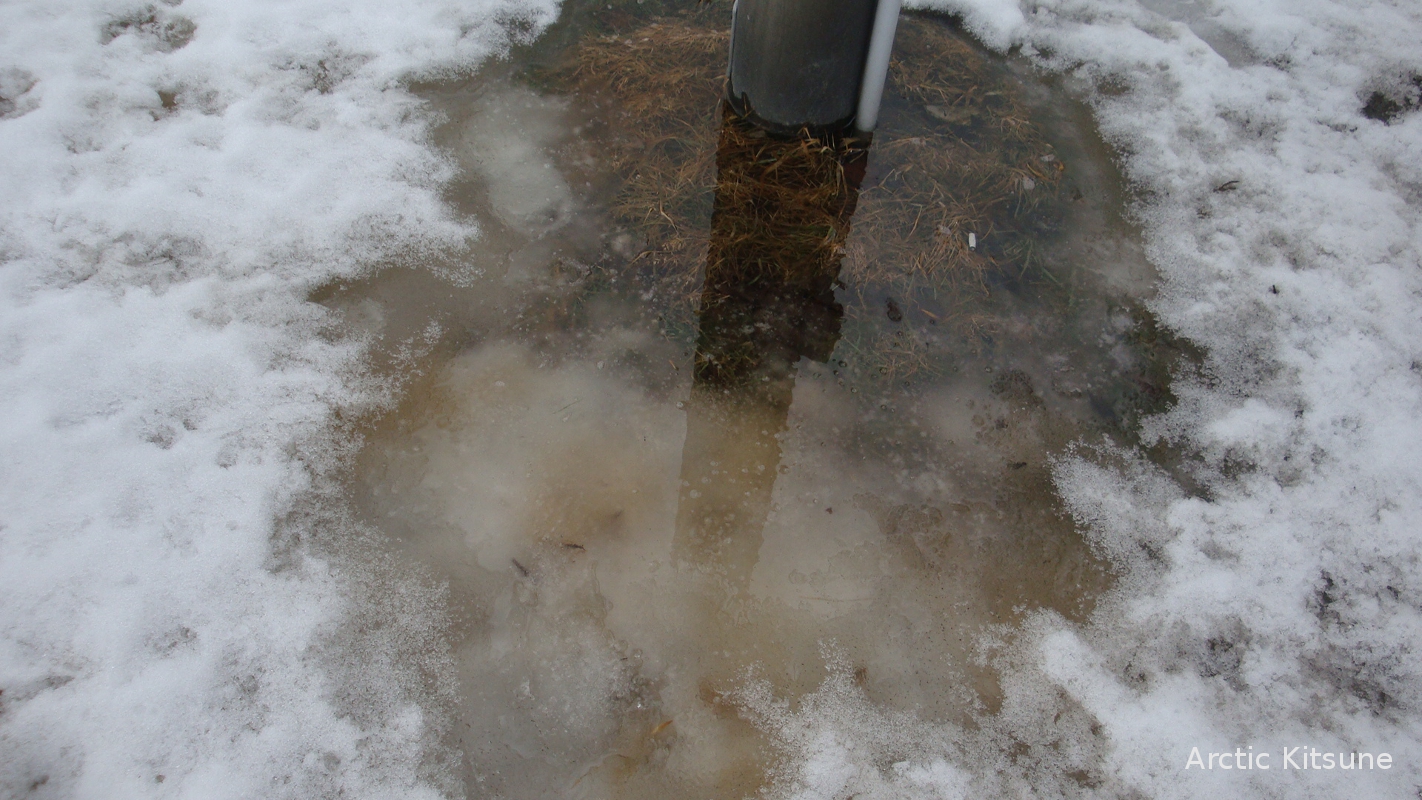 Lets see what I posted in the month of March…..

2009:
– Petroglyph Madness
– Figma Shana review
(Face-palms at group-shot)
– Blog changes and Mascot
(Birth of the Arctic Kitsune. Not very original but hey, I had to theme it up to Anime some how. Everybody wants to call themselves a “Fox” or a “kitsune” that it gets quite annoying.)
– Spring walk – Figma Shana
(Hey, compare the two above images with this one.)
– X-mas Decorations and New comp.
(Still using that computer and took better pictures for the Christmas 2009-2010 transition article 🙂 )
– Subs 22nd ….
(Yummy food :))
– Early Spring photoshoot

Sorry about that but hey, I did say this would be a random article.
Seven articles for March 2009?Â  Seen Canada thaw out, birth of my Blog’s “generic” (i.e Celestial Kitsune and etc) mascot, and a few “creative” material that died out for this year. I’m curious as to how many higher quality articles I can put together for this month and how the image + video quality will turn out.

Oh right, still need to put together the Winterlude 2010 gallery for the main site and change the Arctic Fox banner to something more of my own. See you on a less random article :).

I noticed I forgot to add in Downtown image galleries for Canada, Ottawa and quickly recompiled the galleries for it. You should be able to see it on the main site now. I also added Winterlude 2010 images before that into a three part gallery.